Lucca Ricci’s workshop is young. Their facebook profile that is the only place for the online presence is only little over a half year’s old. I’ve featured his first build based on Honda Hornet here last November.

A Ducati 848 from Officina Ricci, that caught my eye

Again – it has some interesting story behind. As Lucca has a degree in Product Design, he tries to connect the custom world with modern tech. Like with the Hornet mentioned above – he used 3d printing quite often. In case of this Ducati 848 – not only the printer was in action, but he also tested the 3d scanning of the bodywork in the building process. 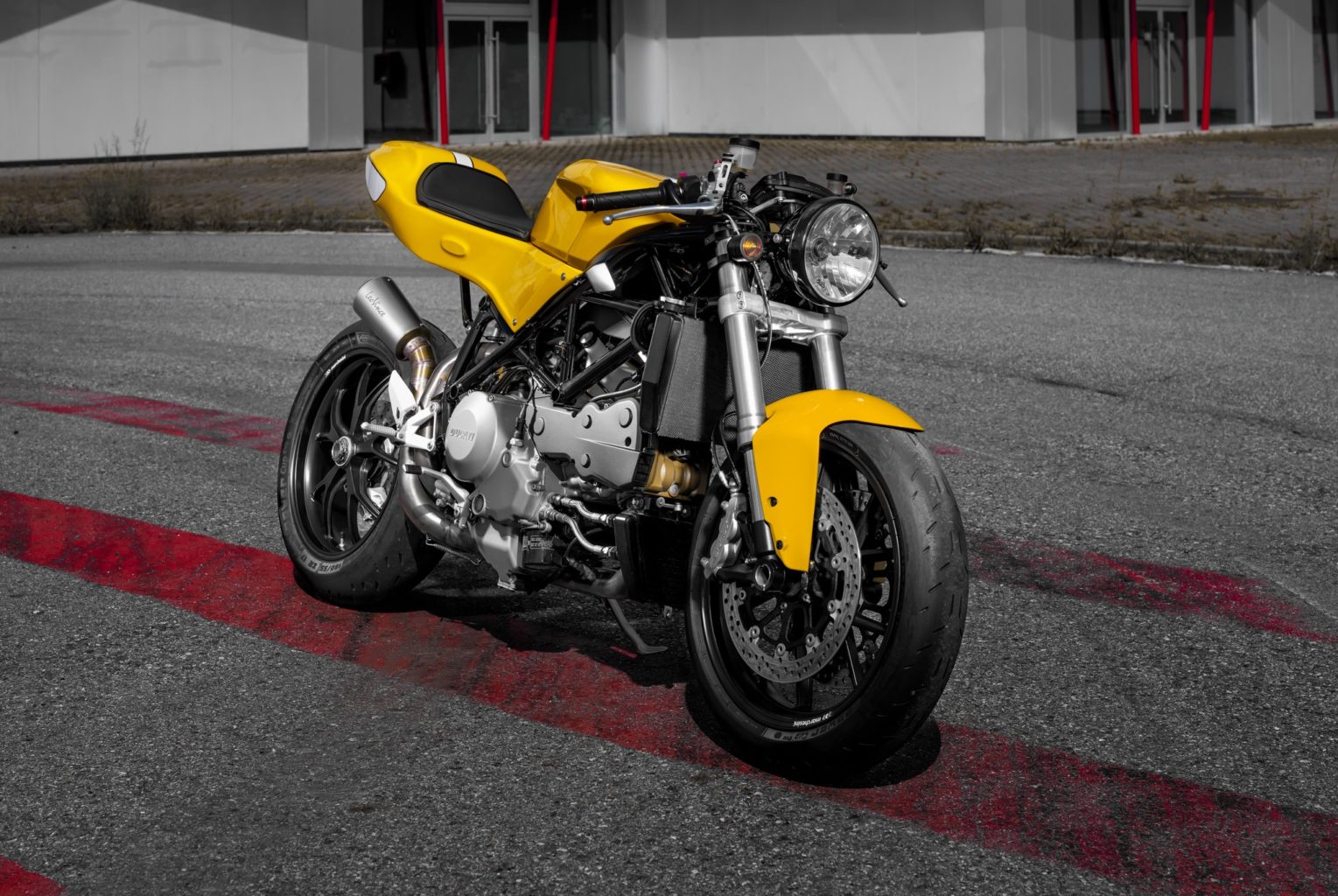 The other aspect of this build was a compromise. As the budget available didn’t allow to go full commando. To undress a Ducati Sportbike and make it into a naked bike is more complicated than expected. Achieving right proportions, with this funky trellis frame and modern tank, covering the fairing mounts… is a challenge especially that we are talking about a unique and good-looking stock machine.

I had to overcome many hurdles, beginning from the cost, as I haven’t got a large budget, because I have only just begun. For this reason, I have chosen to include just tail modification and a few little details despite that the original project aimed for a complete fairing.

Furthermore, not having the possibility to create prototypes of the various parts because of the cost, I had to design the parts correctly from the start. With the risk of obtaining improper proportions. As the PC screen doesn’t give us full perspective. 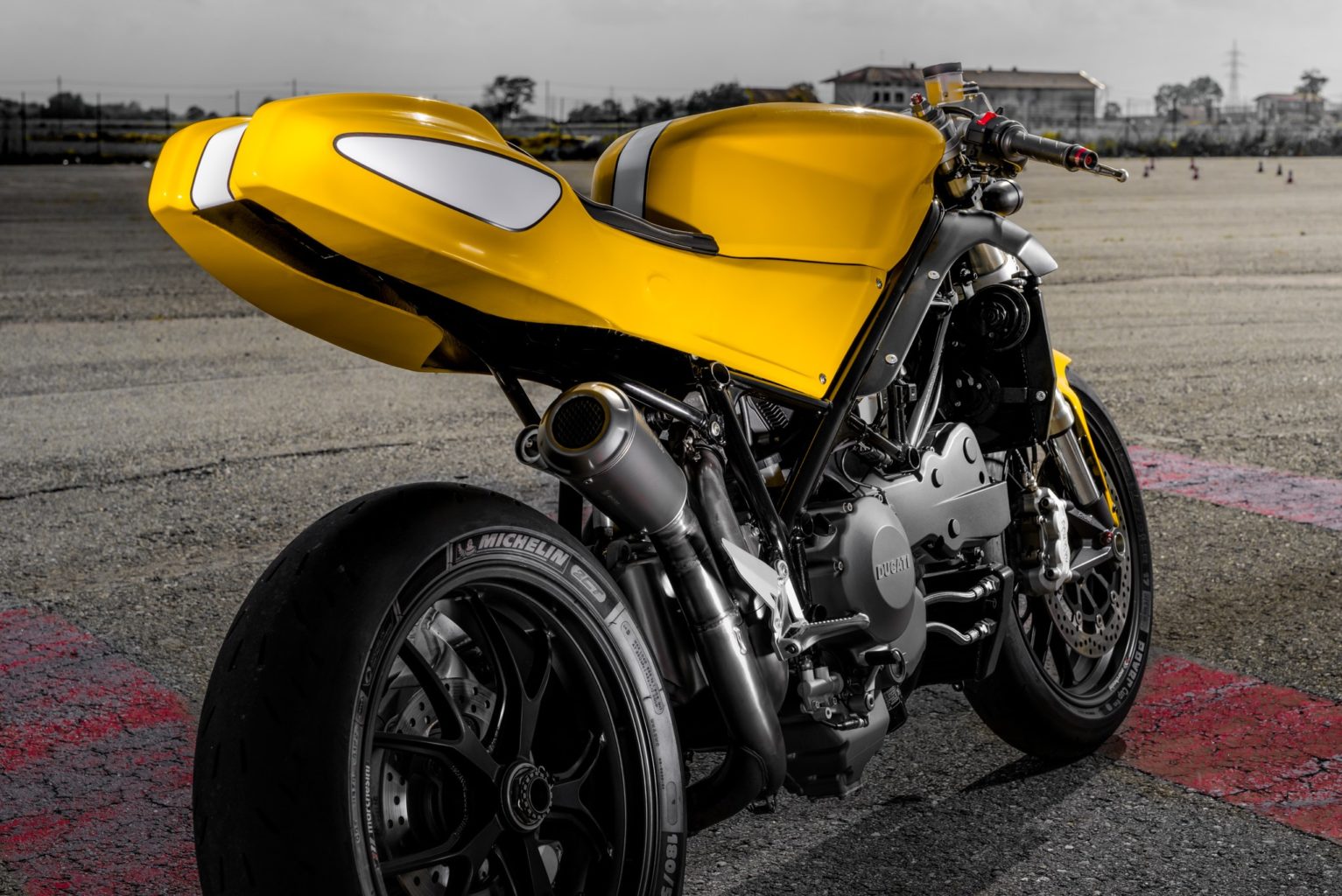 And the result is very satisfying. It’s not easy to work around the remains of fairing mounts, around a very “non-classic” tank. And yet the side panels and the general proportions work well here. They do cover the holes in the tank bottom part and sides.

It also adds an aggressive stance to the build

There is something odd with how small the tank looks vs the tail, but there is nothing wrong with the proportions. The design looks fresh. The colour is Ducati Yellow but enriched with some metallic add-ons. Add a good quality photoshoot by Alan Montesanto – and You got yourself an eye-catching machine. 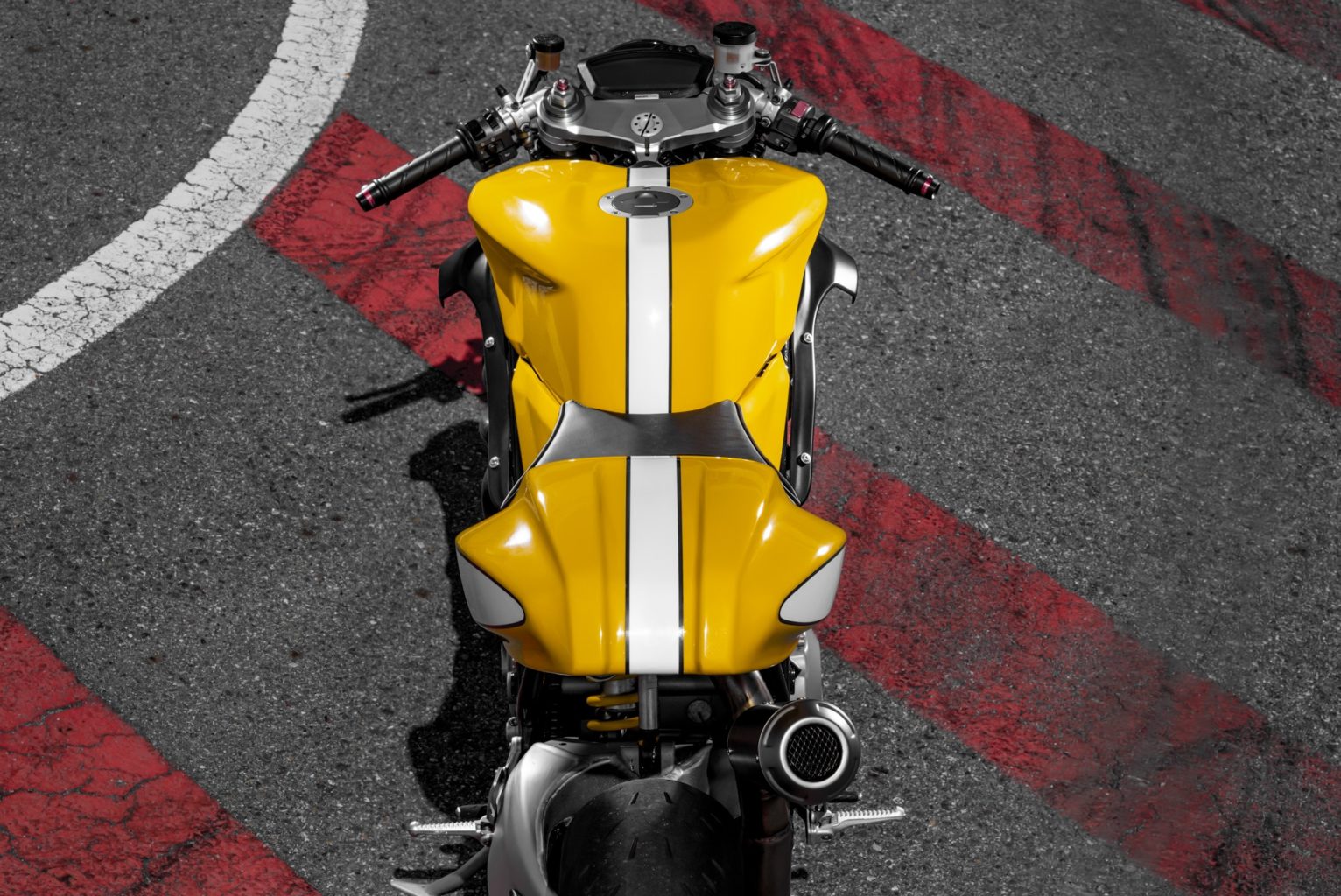 The small exhaust tip is located the way, that it exposes an excellent looking rim of the rear wheel, mounted on a single-sided swingarm. I wonder if it would look better if the muffler was bigger and placed under the seat?

I like what Officina Ricci is doing. Taking on the Honda Hornet retromod. was a bold move. It can pay off in the future, as this might become a trend (like the Yamaha Virago or Honda CX). Maybe this model of Ducati, thanks to this kind of builds will become another standard?

Despite some difficulties, I can say that I am proud of this project and I’m also aware of the importance of the vehicle. I’ve decided to try a 3D approach with the purpose of showing something new and original and to let people know about this kind of technology that, in my opinion, will represent the future. 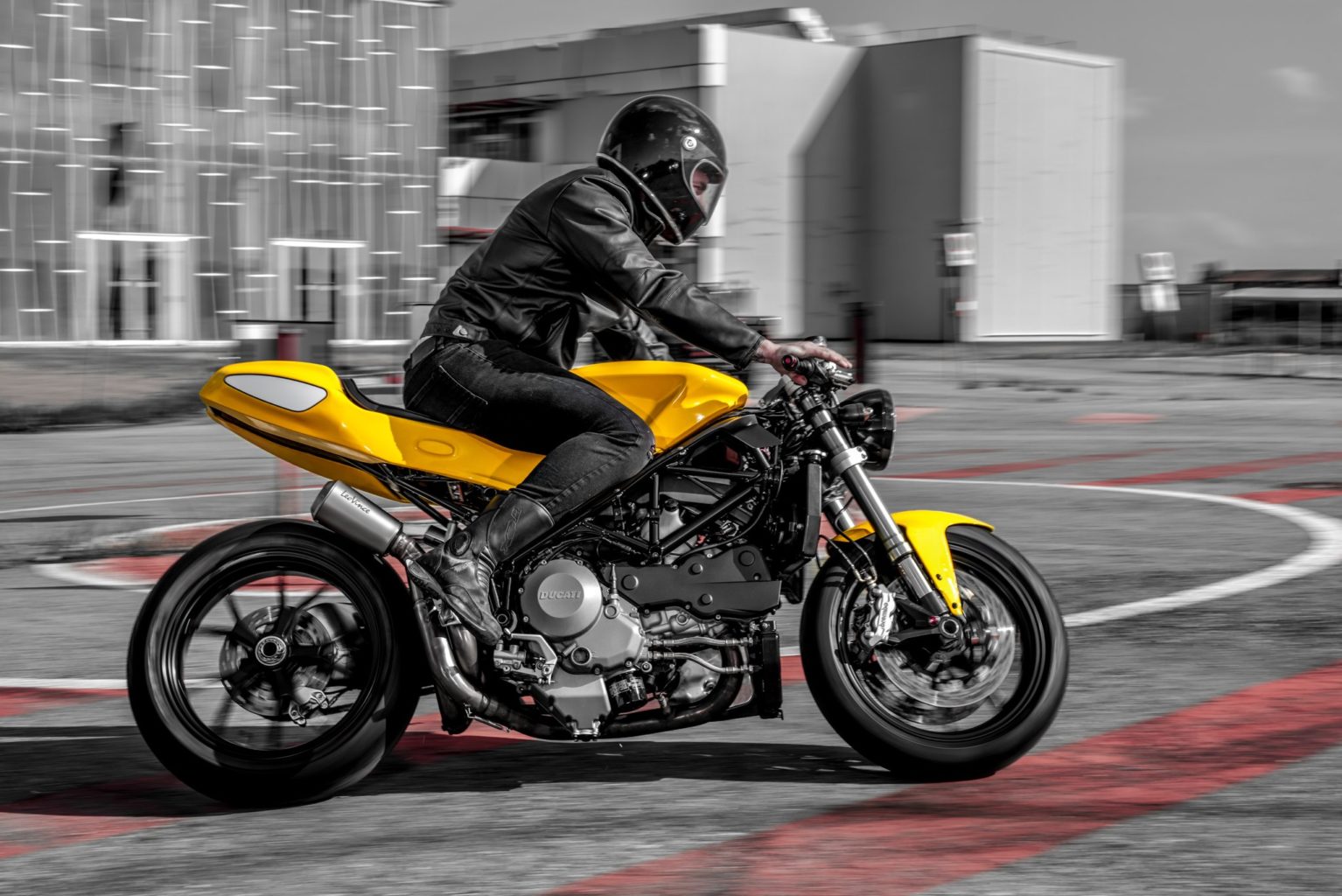