After the Benelli Leoncino, it’s time for another Italian bike – the Ducati. This build is also a kind of a “shapeshifter”, but I think that would be the only thing these two custom bikes have in common. 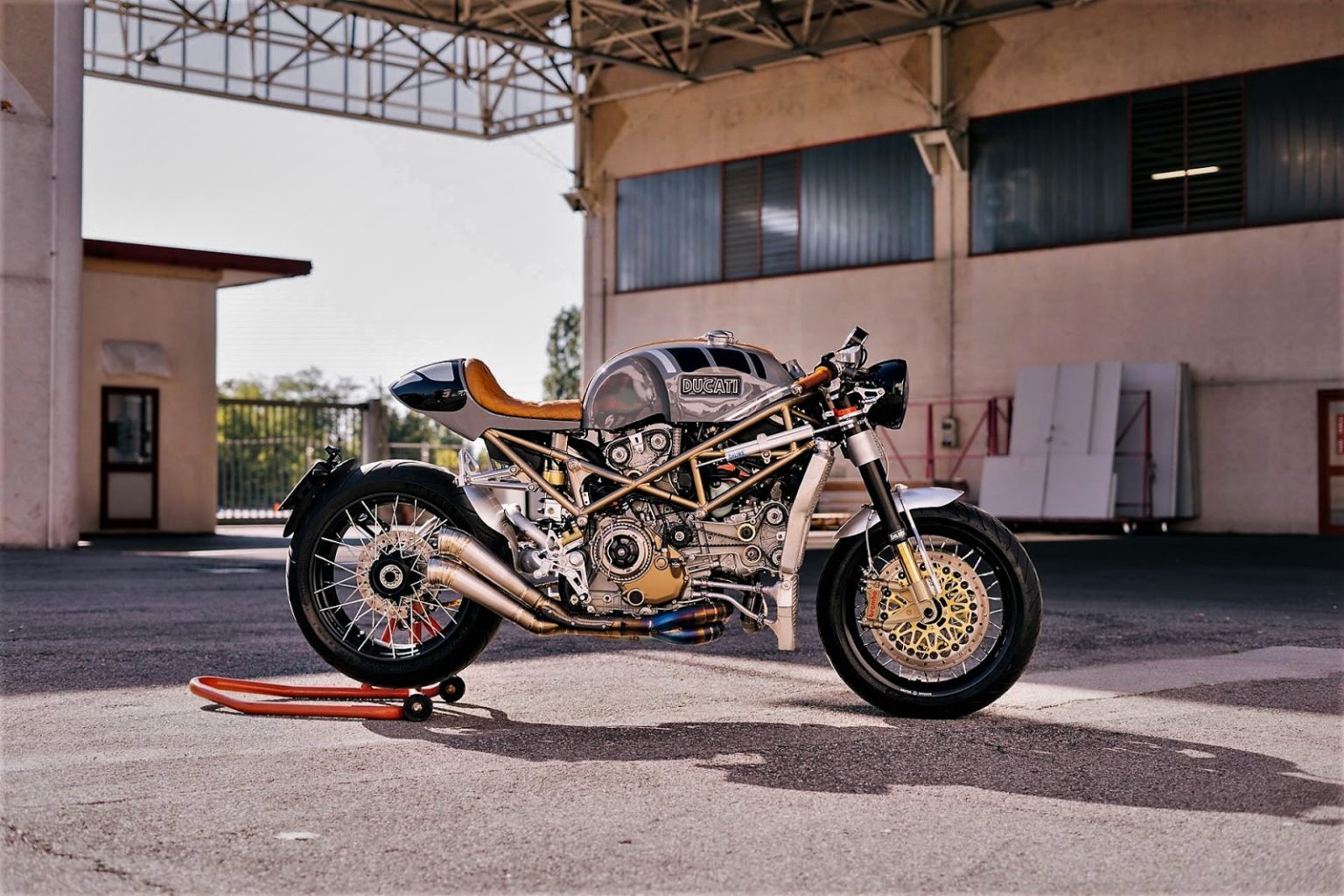 I love the combination of raw metal and leather. Brown works even better than a classic black tone. And the general stance of source material – a blend of Italian design with a brushed aluminium feel seems perfect.

The donor bike is a Ducati Monster S4R – the top of the line version of the street bandit. Almost everything was modified here. The tank got an air tunnel which makes for an engine fresh air intake. 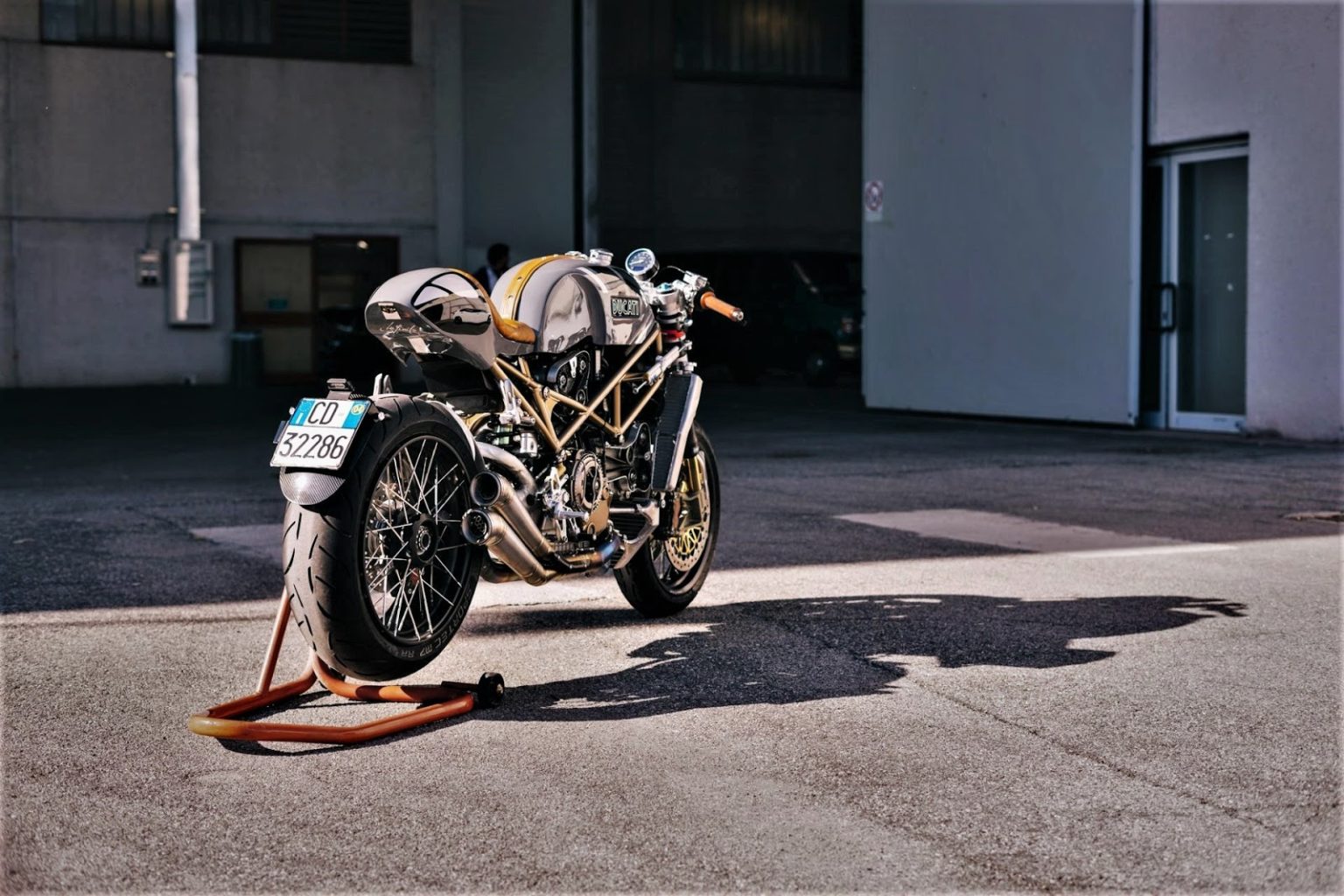 The rims are spectacular

I’ve never seen this model of spoked wheels. These are a class of their own. The way the spokes are placed, making them look bigger than they are – You cannot go wrong when You have these wheels on.

The engine is – opened up a little (both mechanically and aesthetically) You can see the timing belts, and the dry clutch cover is also open — typical mods for a Ducati L-twin. 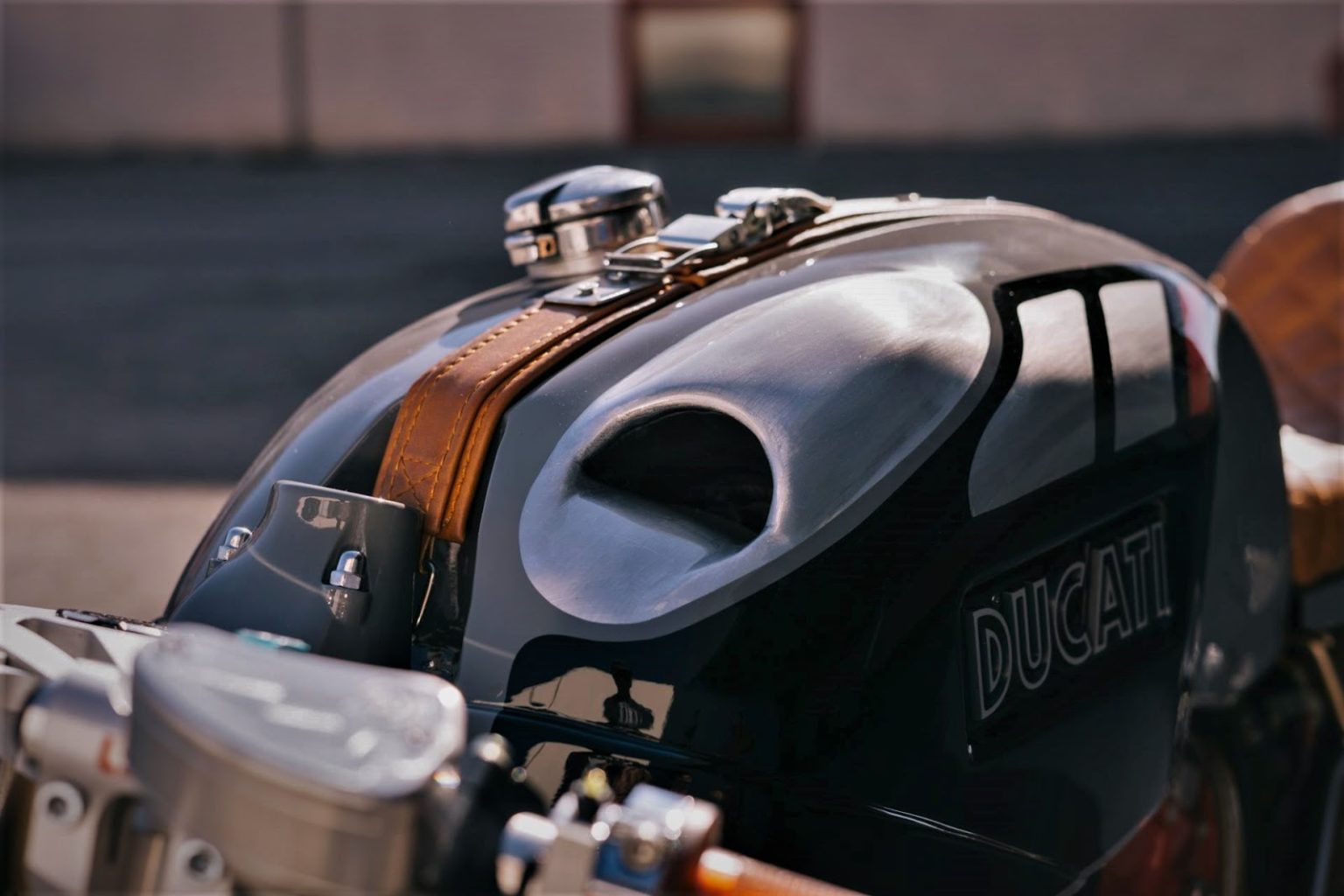 Fenders are custom made, welded with stylish mounts. The satin finish of the tail and almost every metal element fit well with a titanium welded exhaust. The iconic rear, single sided swing arm – was polished also. There is hardly any paint job on this bike (what You see on the original, photos made after the build, afterwards the bike evolved – and the second photoshoot shows the grey colour layer – probably the practicality had won the battle with style, as raw metal requires special care not to corrode or oxidise).

This bike also offers three configs of a rear seat (look closely on the following photos). This time they are not “modular” like the Leoncino posted last week – they are three separate tail designs. That can be replaced easily, but You have to leave the other two at home. 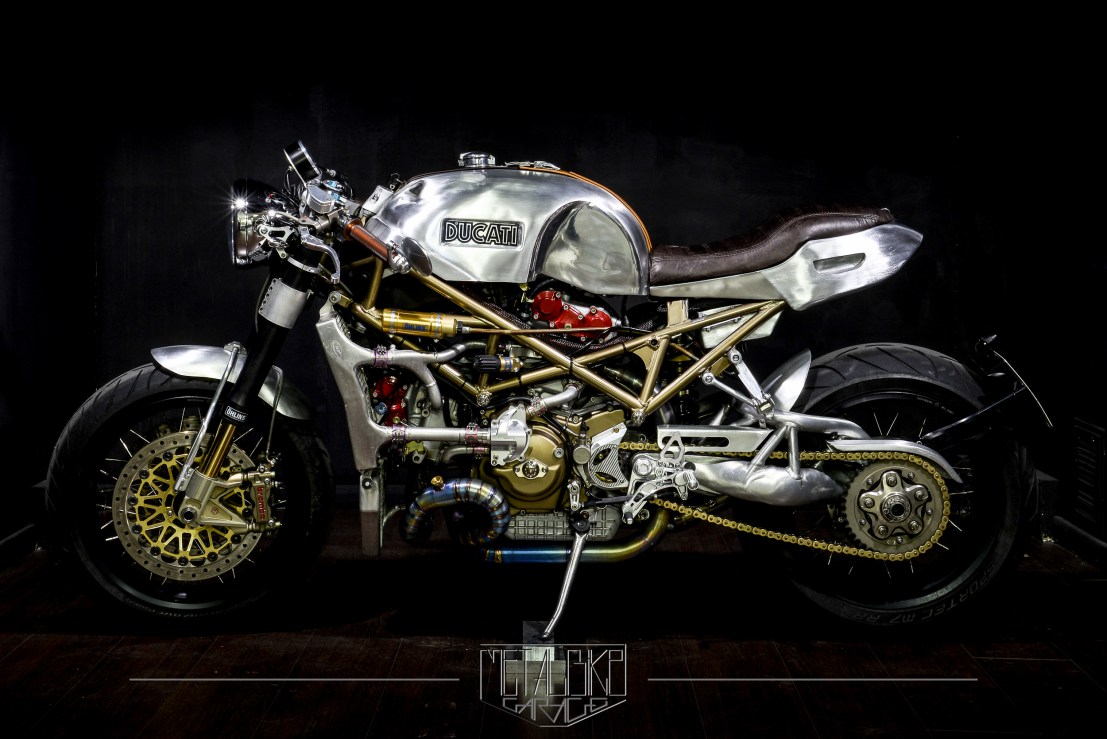 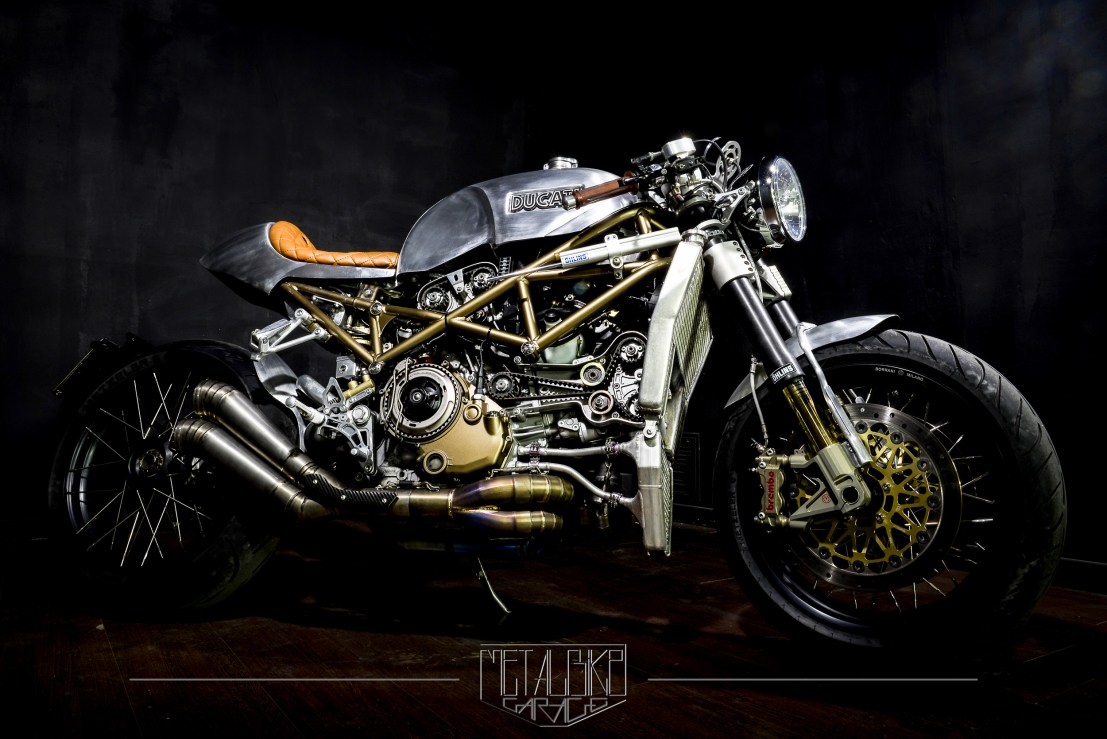 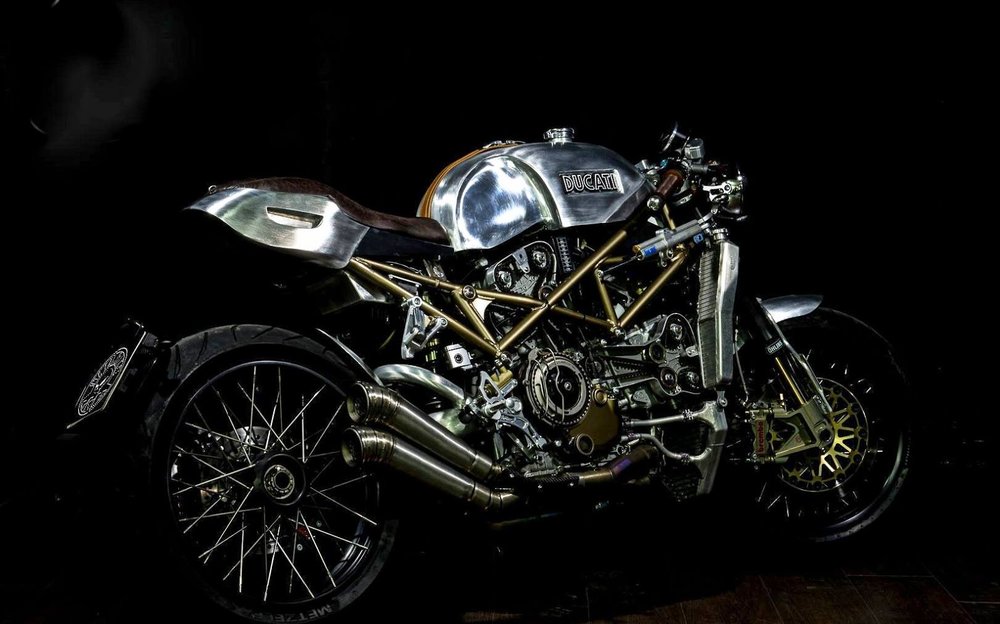 There are two solo versions and one 2-seater. The light brown one is a Maserati leather.

The front end is massive and minimalistic. There is a single round analogue instrument in the middle – and that’s it. No fairing, no LCD… no plastic… only the essentials. 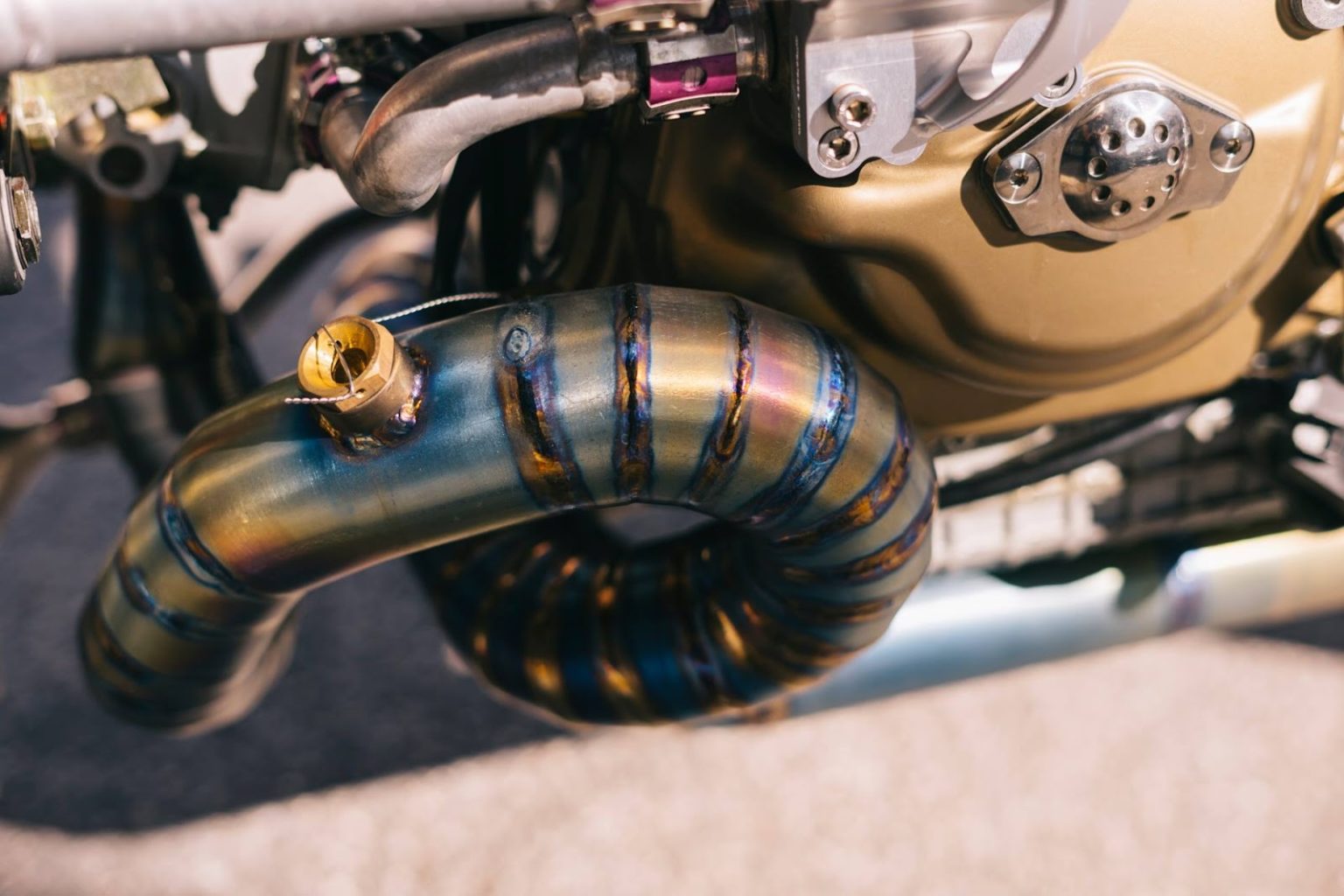 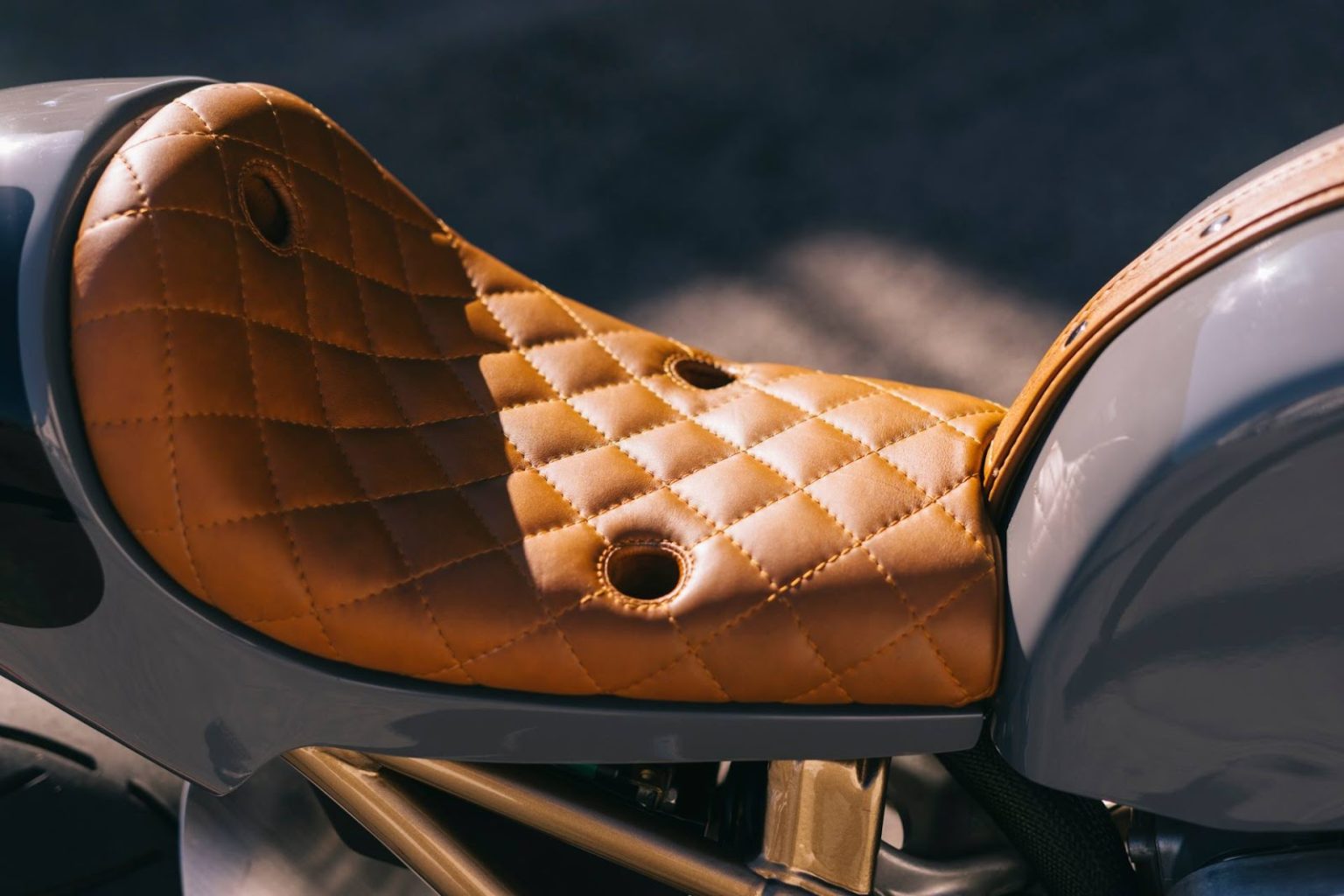 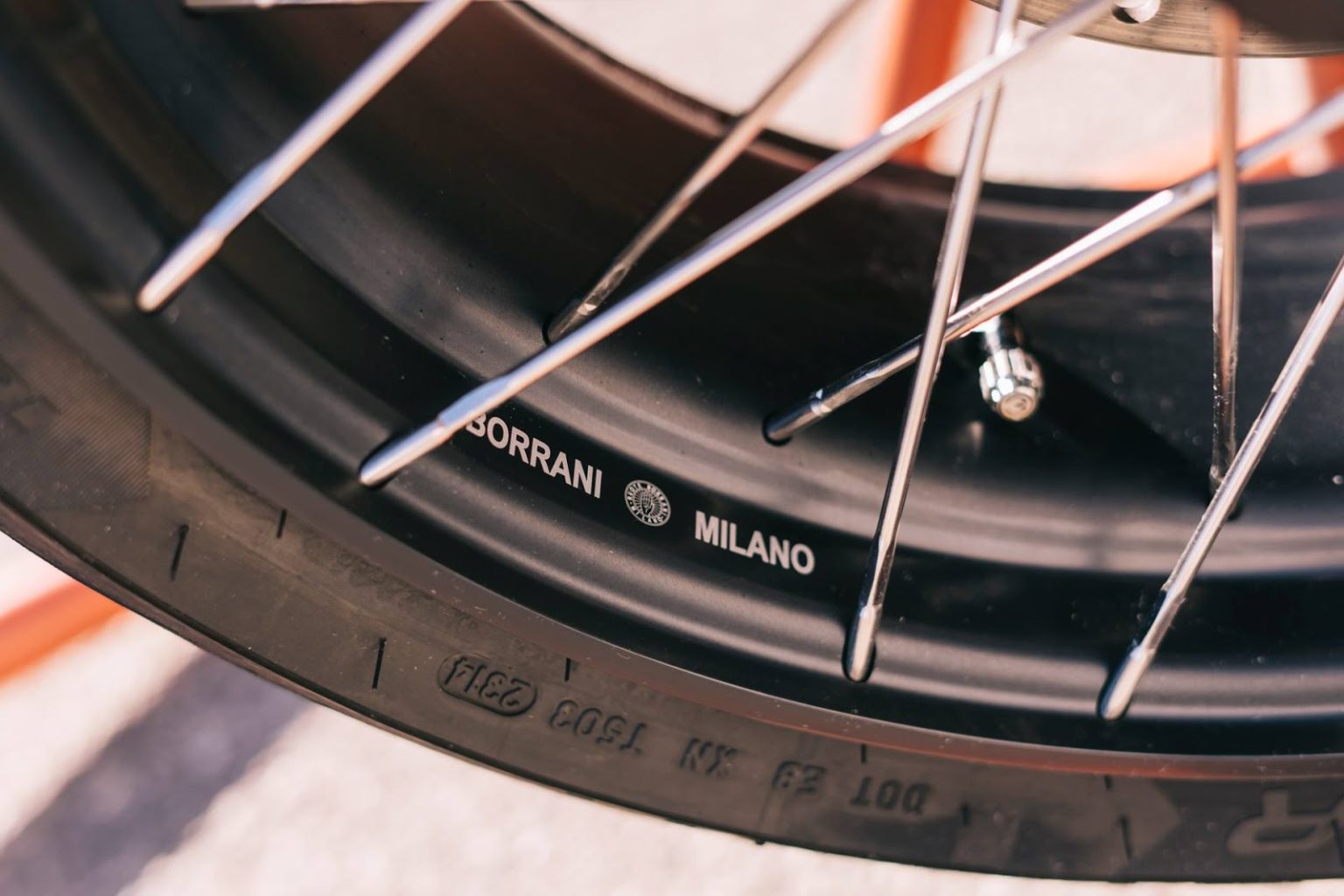 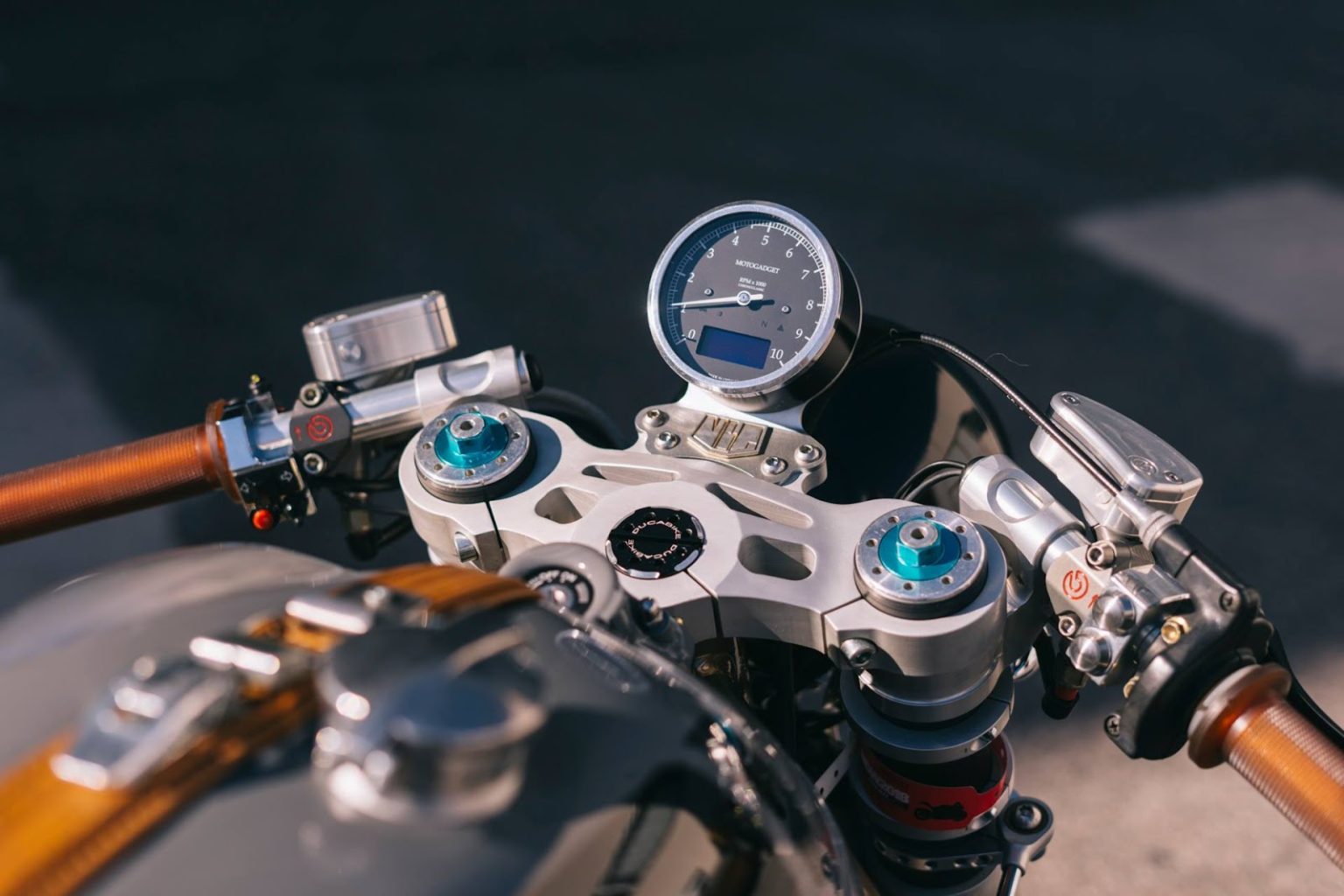 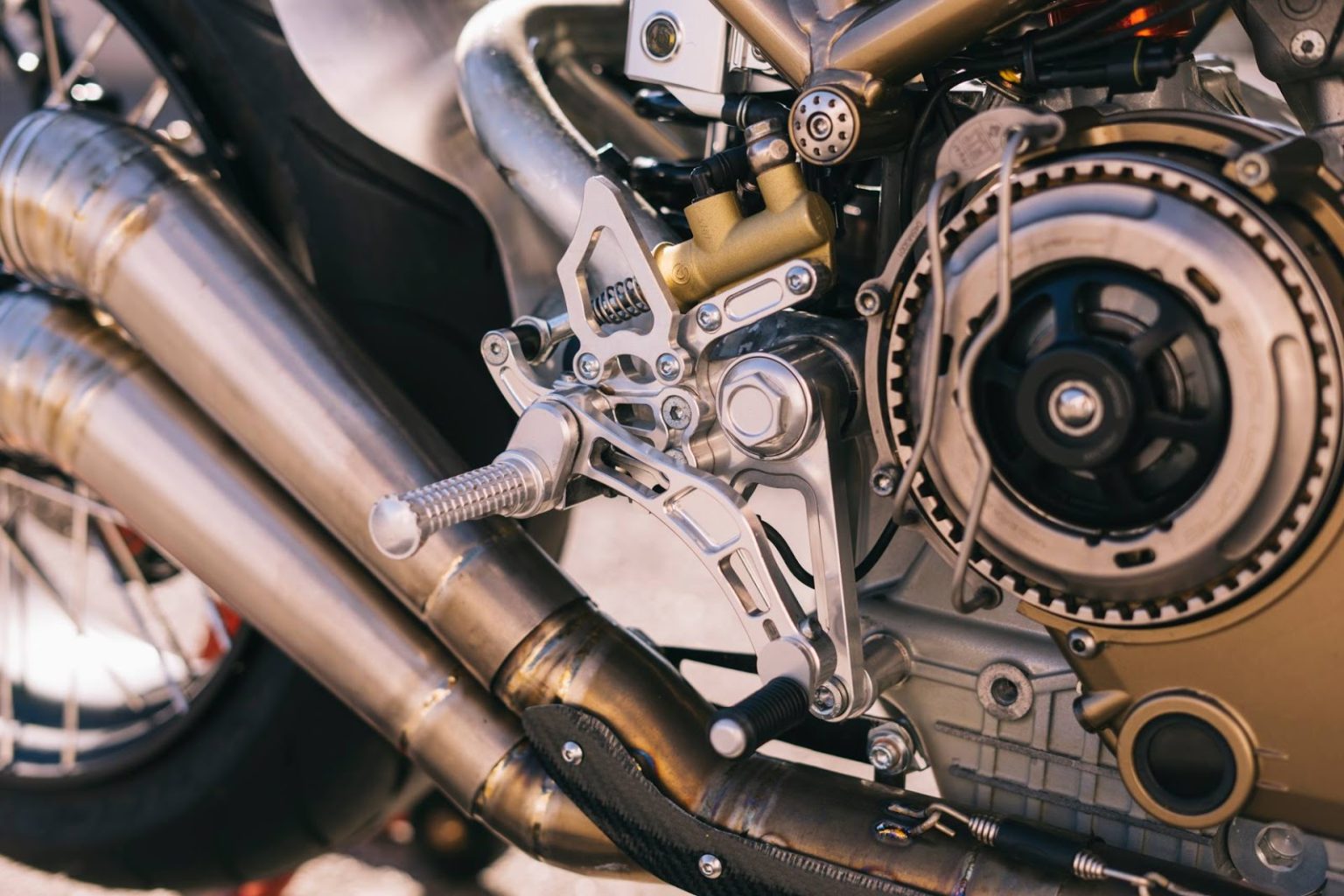