Some time ago I wrote about the monumental Kawasaki Z1300. There were also multiple posts about Honda CBX1000. But we never had one about the third player of the six-cylinder team – the Benelli Sei. Why is that? How can it be that the first of the three – released many years before the Kawasaki and Honda… has the least recognition.

And it’s not like there is a chart showing which one is the most/least popular. The fact is that

hardly anyone has heard about this motorcycle at all. 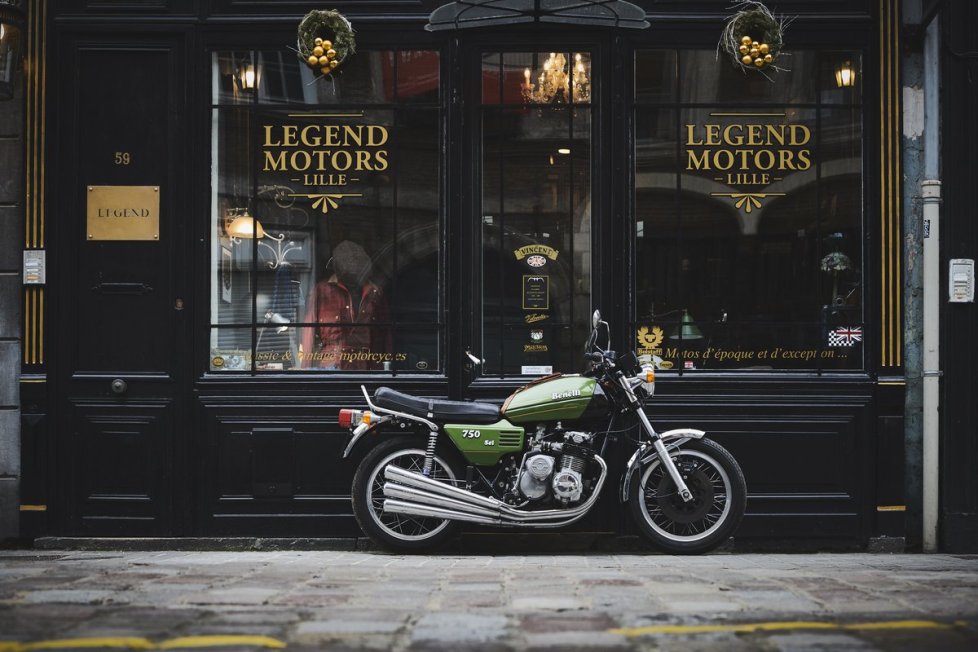 Some would say that it was the best looking of the three. I don’t know myself. I can surely appreciate the iconic six-into-six exhaust that was available most of the production time. But I think that the looks of the CBX1000 win on this front.

It doesn’t mean that this Italian version of a superbike doesn’t deserve a separate story. It’s Italian, and they are crazy regarding… almost everything, and especially motorsports. This motorcycle is no different.

The bike that delayed the Moto Guzzi Le Mans premiere 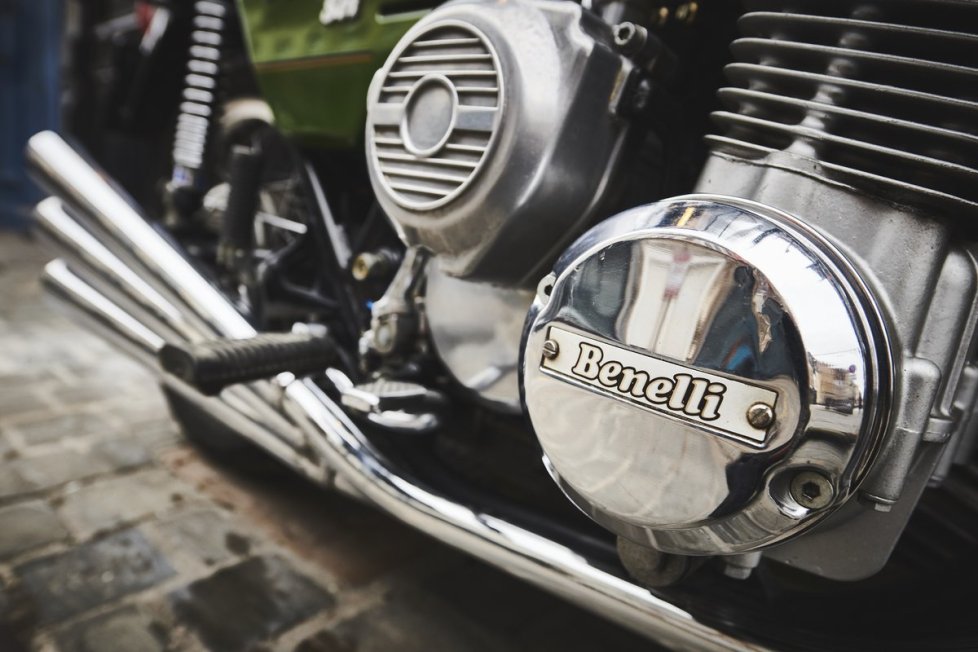 As I already mentioned in this Le Mans History. It was the beginning of the 1970s. The fuel crisis was well and kicking. The world automotive industry was in trouble. The Italians felt it as well. Not only hard times came from the global economic perspective, but also the Japanese competition. So the Italian government decided to help and support their industry (You can read more about how it went with “helping Ducati” – in a post about the Ducati Pantah History). 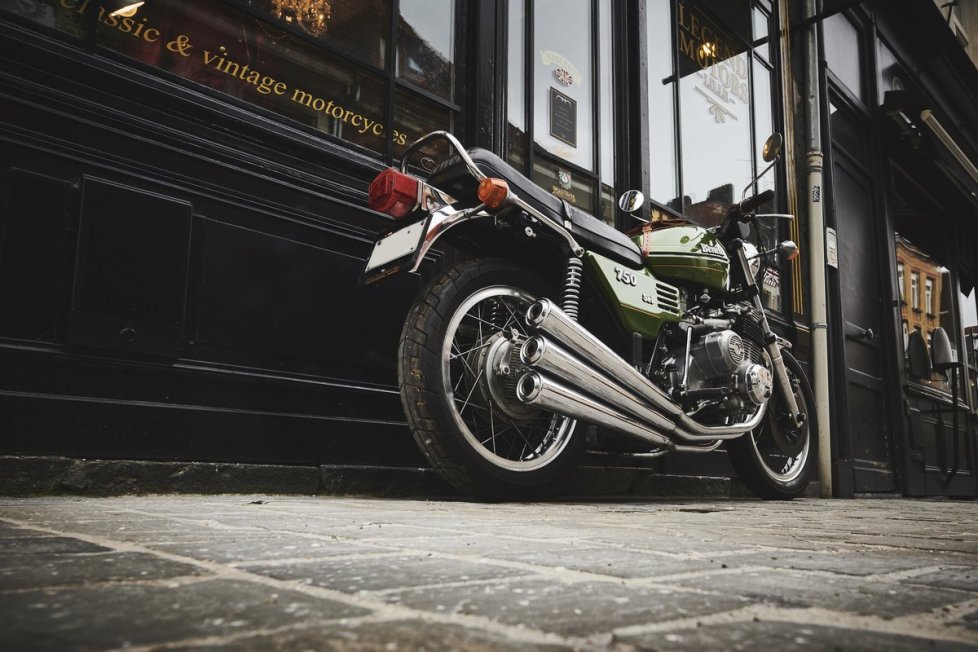 Benelli was bought by Alejandro De Tomaso in 1971. It was precisely in the ’70s when he acquired many quite prominent brands: including the Moto Guzzi, the Maserati a few years later, and Innocenti (Italian chapter of the British Mini manufacturer). The companies, despite having iconic and legendary names were bought quite cheap as most of them were with huge debts on board. This is where the help of the mentioned government comes into place. They assisted in the deals and provided some tax compensation and write-offs. De Tomaso also owned the Vignale and Ghia design studios for decades. 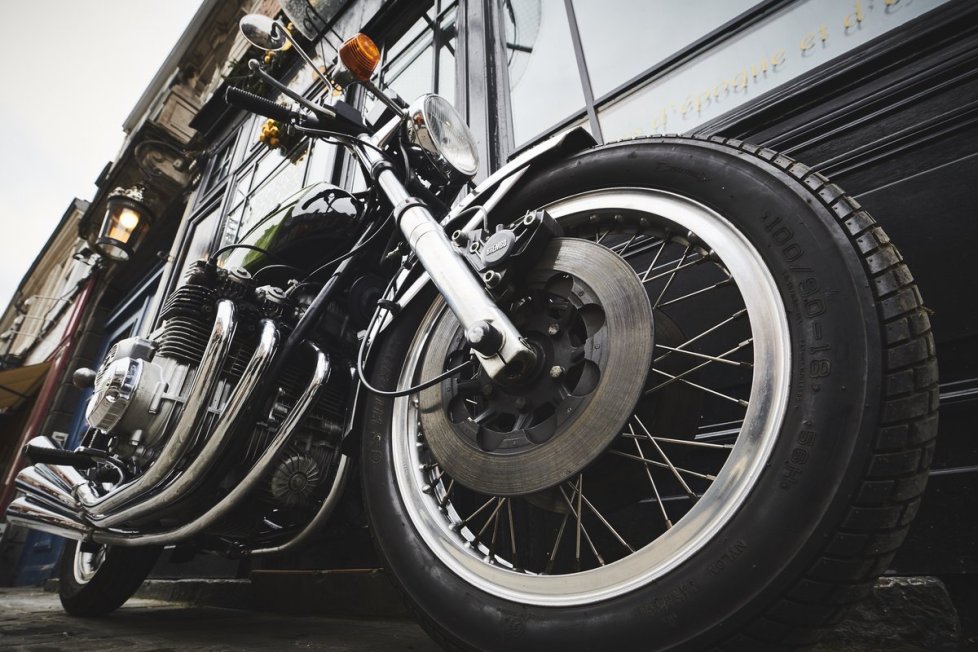 We have a visionary who owns Benelli and Moto Guzzi at the same time.

The Japanese inline four-cylinder bikes are dominating the world – he needed something substantial to earn back the piece of a pie of the motorcycle market. De Tomaso knew that they couldn’t compete with the inline fours, neither had they the know how and wanted to compete with the L-twins that were a speciality of the Ducati. 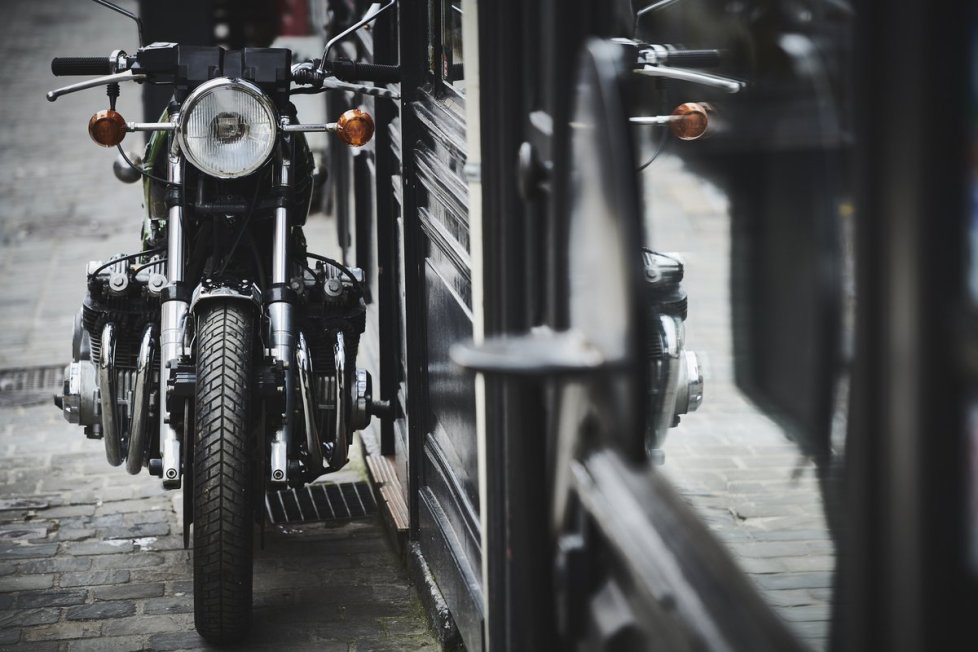 De Tomaso decided to release an inline six engined road motorcycle. To be entirely fair – Benelli Sei 750 was indeed the first road six-cylinder motorcycle – presented in 1972. But it was the Honda who experimented with the concept on the race tracks successfully, with a fantastic Honda RC166.

Honda was also the “inspiration” for the engine. Why the quotation marks here?

Let’s deal with a myth first 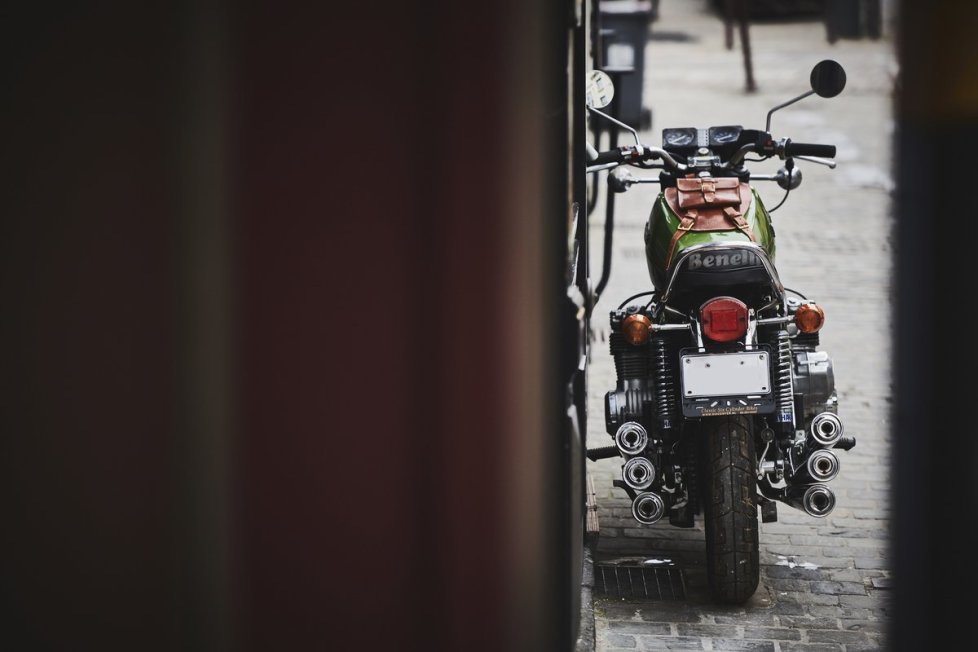 It is an often heard urban legend, which claims that Benelli copied the Honda CB500 engine, added two cylinders (one on the left, one on the right) and made it into their Sei 750. This is not 100 true, as De Tomaso was an automotive world veteran and he knew what would be the legal consequences of challenging the Honda might and resources over the patent or copyrights dispute. 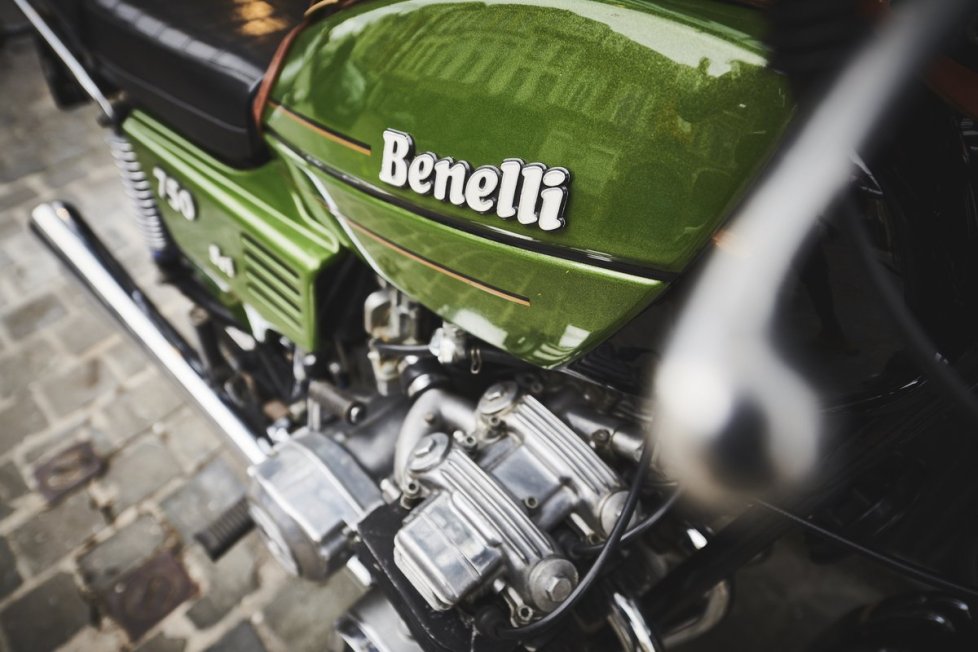 It’s most probable that the Quattro engine (a main victim of the myth), which was later upgraded to Sei – was inspired by the Honda CB500. But it’s only the “inspiration” part that can be somehow confirmed simply by looking at the thing. Also, the piston size and stroke were almost identical, but that’s it. Benelli despite being a relatively small company, had brilliant engineers and were considered innovators for years. The engine of Sei has many subtle differences internally (besides the intake and exhaust ports being raised way above the ones from a Honda CB, to improve the gas flow dynamics). 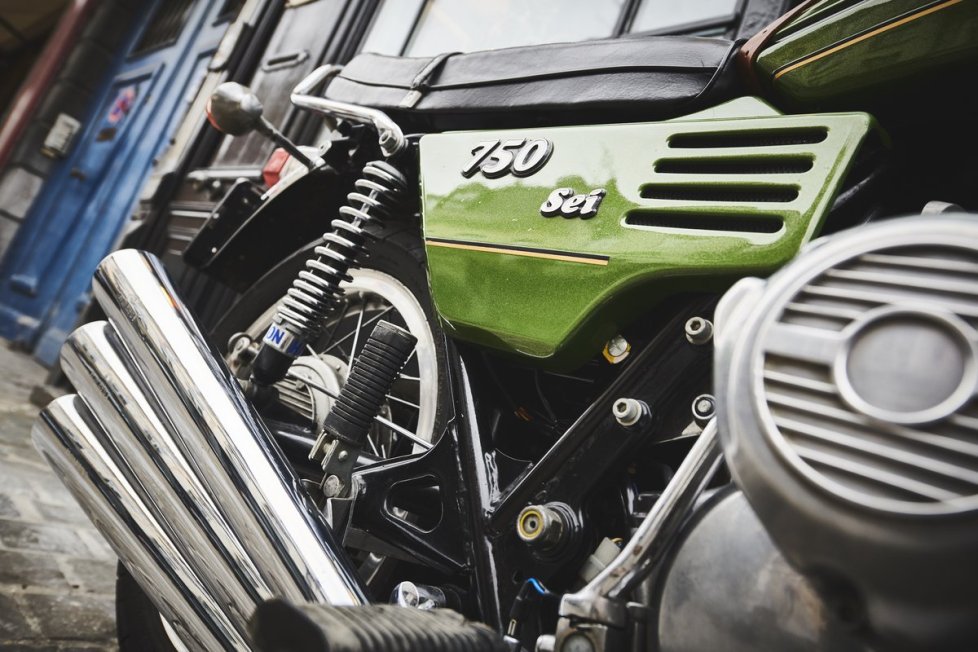 I believe that the similar outside looks were kind of a “trolling” play by the Argentinian owner. To make the engine look similar from a profile, but then putting the three exhaust pipes next to it (on each side), instantly made You realise what You were looking at. And it obviously wasn’t another CB model.

Back to the topic. After buying Benelli – legendary, but a failing brand, 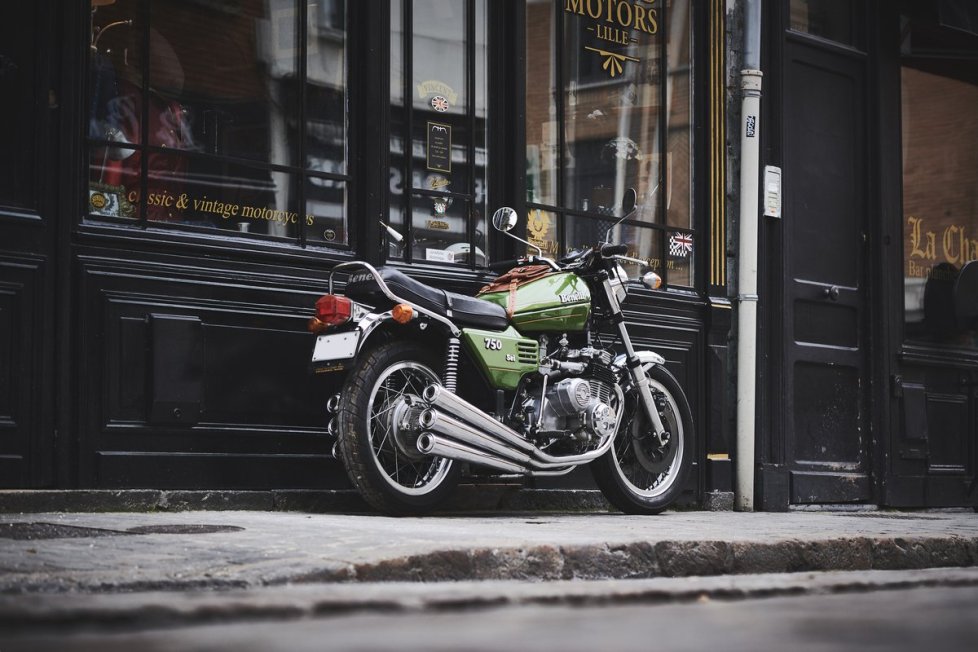 He needed it fast and went all in. Benelli decided to release a six-cylinder engined motorcycle, Engineered by Benelli, but designed by the other company he owned – Ghia. He was counting on the thing so hard, that he blocked the premiere of a bike he already had waiting for production – an excellent Moto Guzzi Le Mans, designed by a legendary Lino Tonti. Considering that the Moto Guzzi was a more renowned brand, and proven race track successes behind Le Mans – it was a risky move to bet on Benelli. 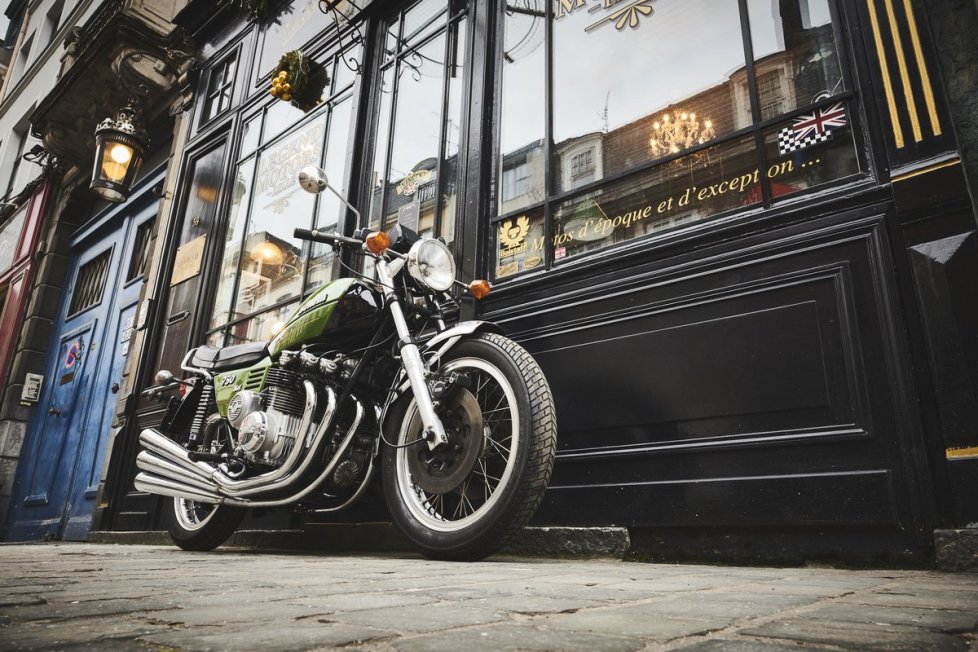 The first production motorcycle was presented in 1972, and the automotive world reception was very favourable. The bike was put on sale two years later. And it cost a little below 4000 USD. After two years of production and upgrade to 900 version – the price went up by a grand.

Considering the price in “today’s” money – it was a 17k USD motorcycle. Well…

It wasn’t cheap, but You don’t choose an Italian motorcycle by comparing the prices 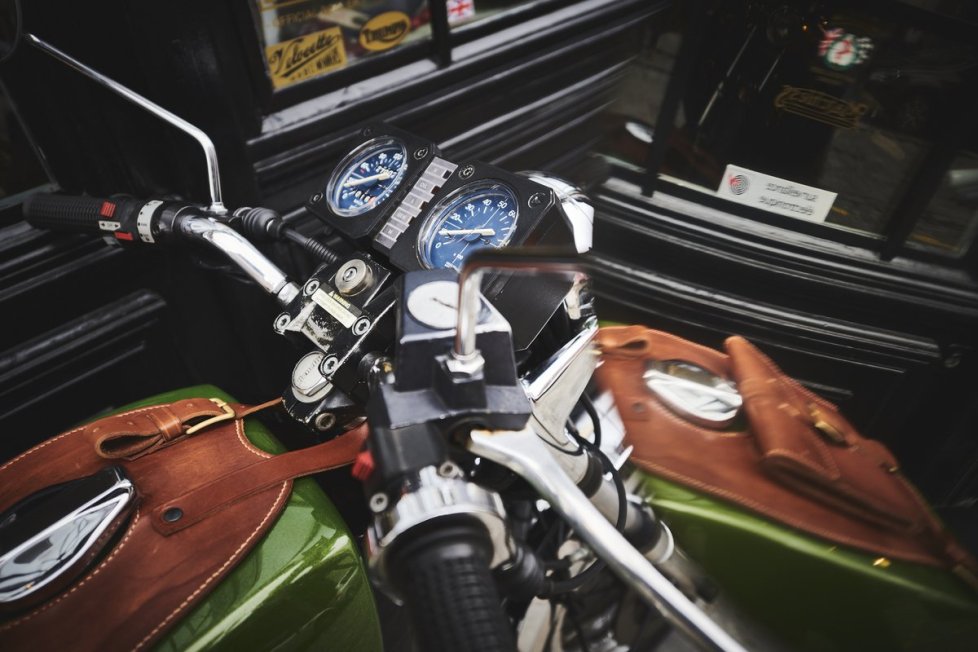 The design was based on a tubular steel frame and Marzocchi suspension. Brembo brakes were on board. To keep the engine as narrow as possible – it was fed by three Dell’Orto VHB 24 mm carburettors. Benelli team decided to pair every 2 cylinders with 1 carb to leave some room for rider’s knees. To keep the engine narrower – the alternator was moved behind the cylinders.

It was as expected quite heavy, but still lighter than Honda or Kawasaki six-cylinders. And also – the bike was quite small. 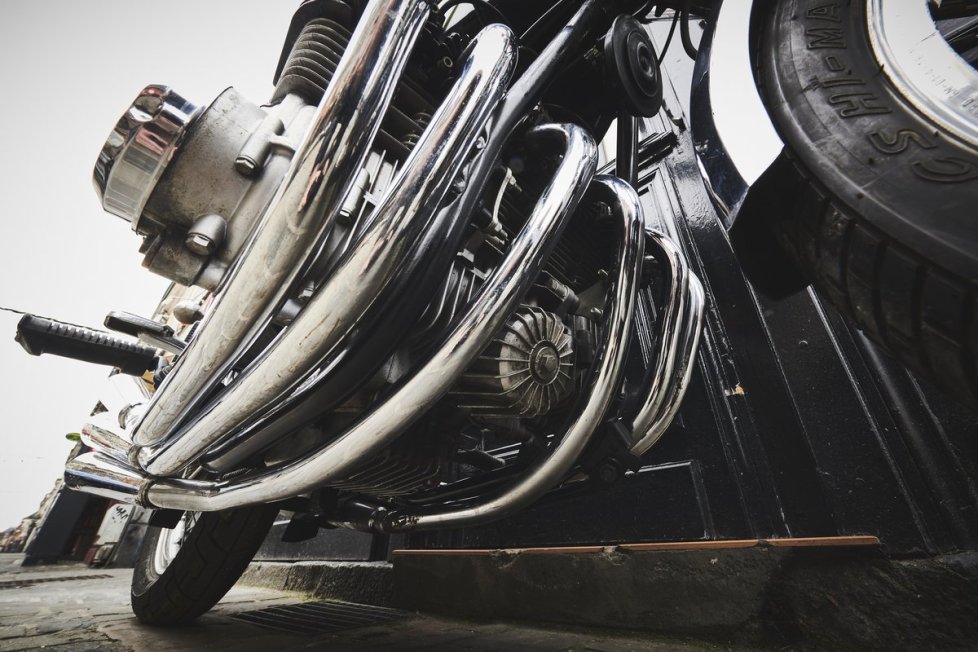 The reviews were very favourable. Which is a surprise – as being Italian, You could obviously get lost in the engine concept admiration and forget about the rest of the motorcycle — making it weird, wide and bulky. The riders claimed that it was very balanced and easy to ride. The power delivery was smooth, torque was quite lazy, but always available. 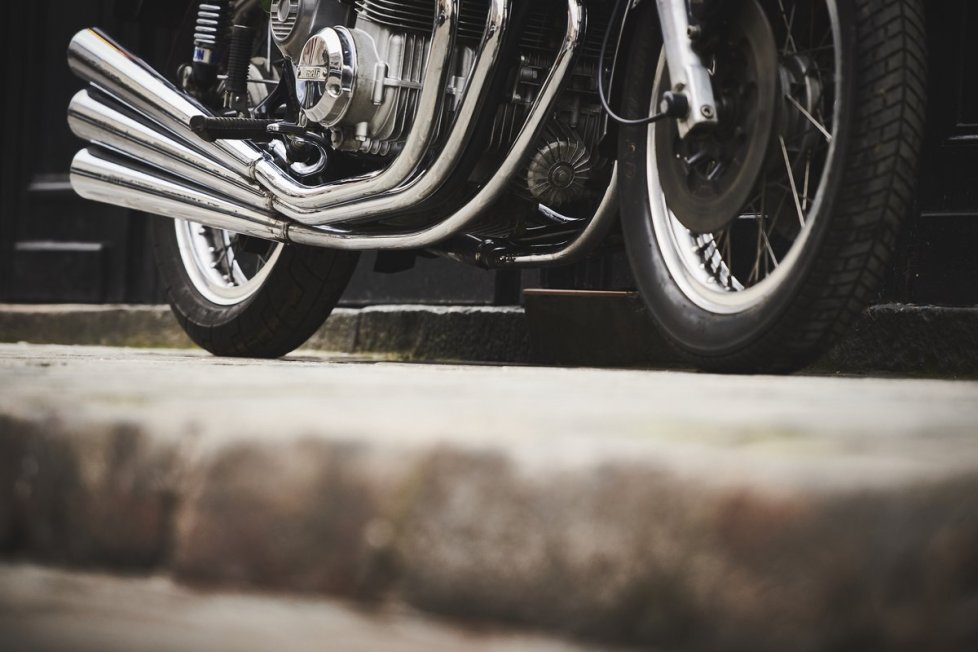 Benelli engineers upgraded the engine to 916 ccs, by increasing cylinder bore and stroke. This resulted in 81 bhp delivered. It went with the fashion, and got more “squarish” and borrowed the fairing from a product of a sister company – a Moto Guzzi Le Mans. I like the 750 model better regarding the looks, as probably most of people do. But what can You do – the beginning of the 80s was a weird period for the automotive world.

To reduce the production cost they decided to redesign the exhaust for six into two. 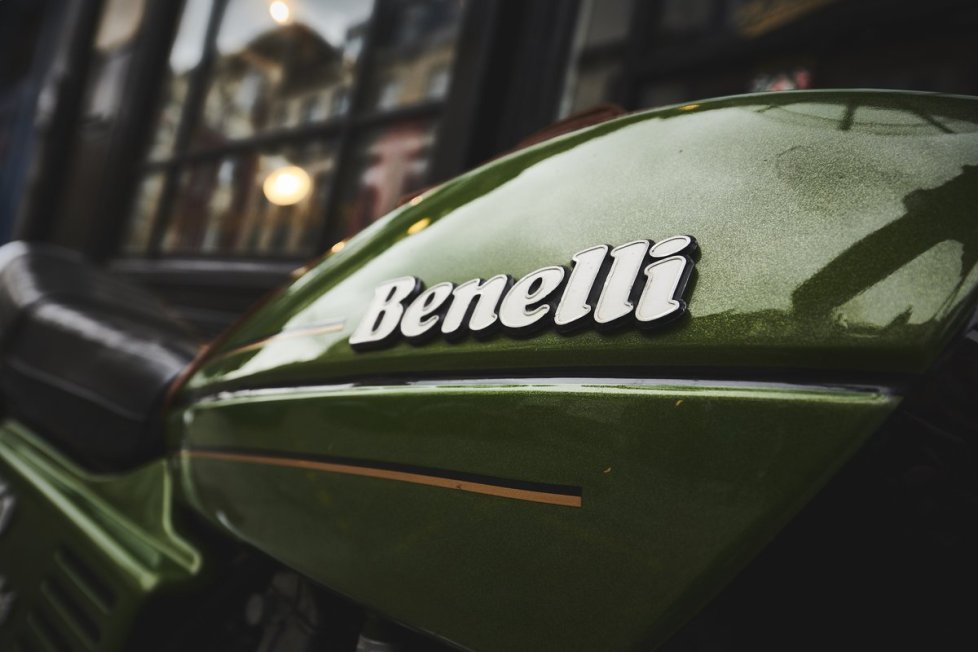 So here we are. The Kawasaki KZ1300 was an engineering masterpiece. Cardan shaft and water cooling, huge engine displacement and a very stiff chassis. Honda CBX is the best known and gathers the most of the cult following, despite that it’s considered the worst to ride of the three.

Benelli Sei will always be the first to introduce this engine concept to the roads. 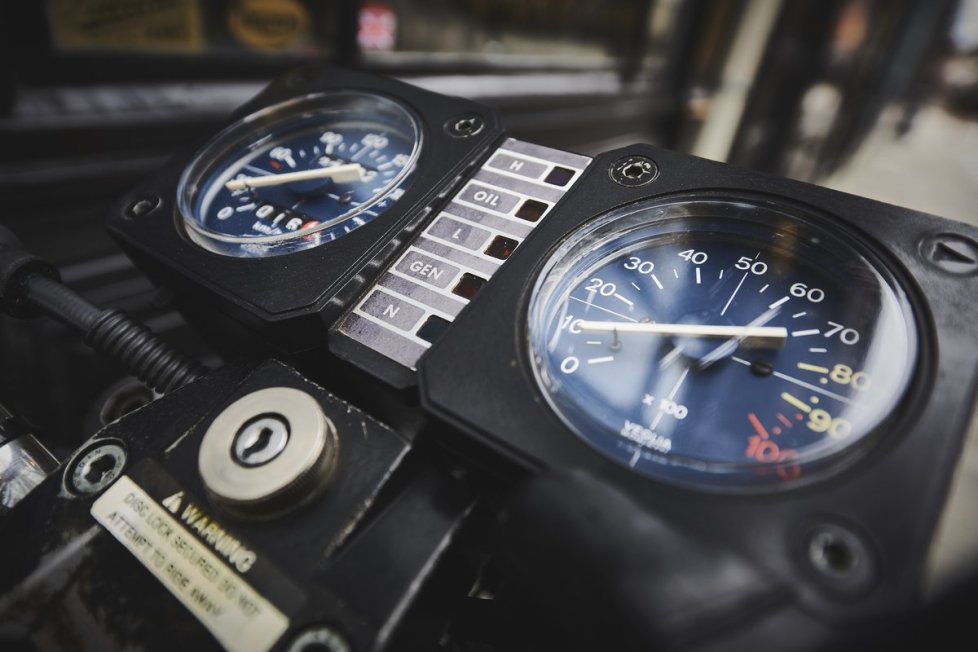 The photos of this Green Benelli Sei 750 are illustrating this text by courtesy of Legend Motors. This particular motorcycle is for sale for 16800 EUR. Make sure to visit their website to check out what they have in stock at the moment. And if by any chance You are near Lille (France), spend some time to visit their fantastic vintage store. 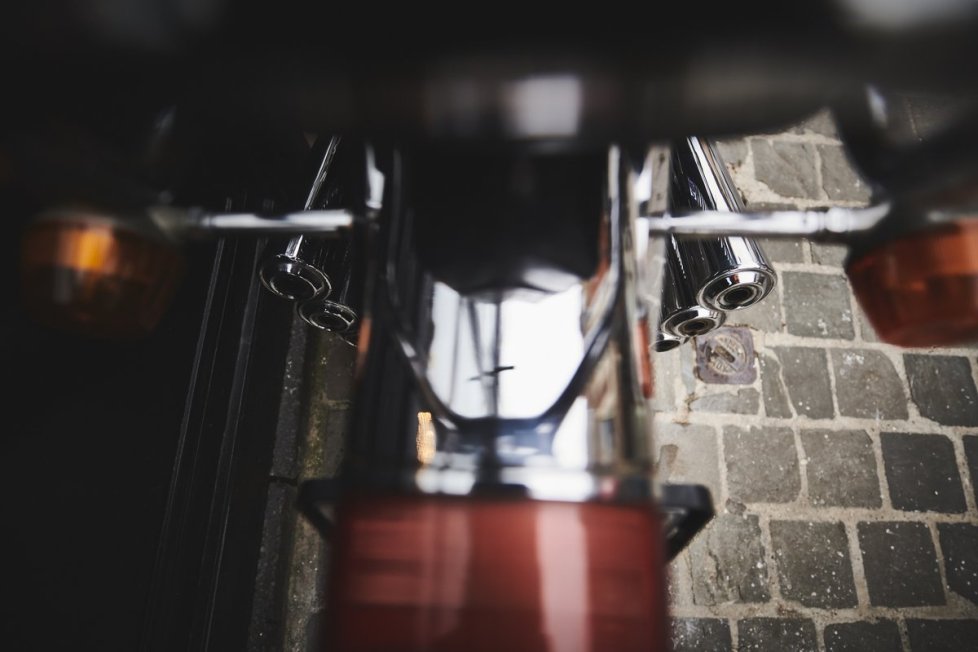