This is a build of a different origin than most bikes presented here. It’s based on almost a century old frame, coming from Douglas EW350. A hundred-year-old thing… makes You respect the donor bike even more. Especially when the builders decide to go with the engine conversion and to modify the original machine, rather than restoring it. 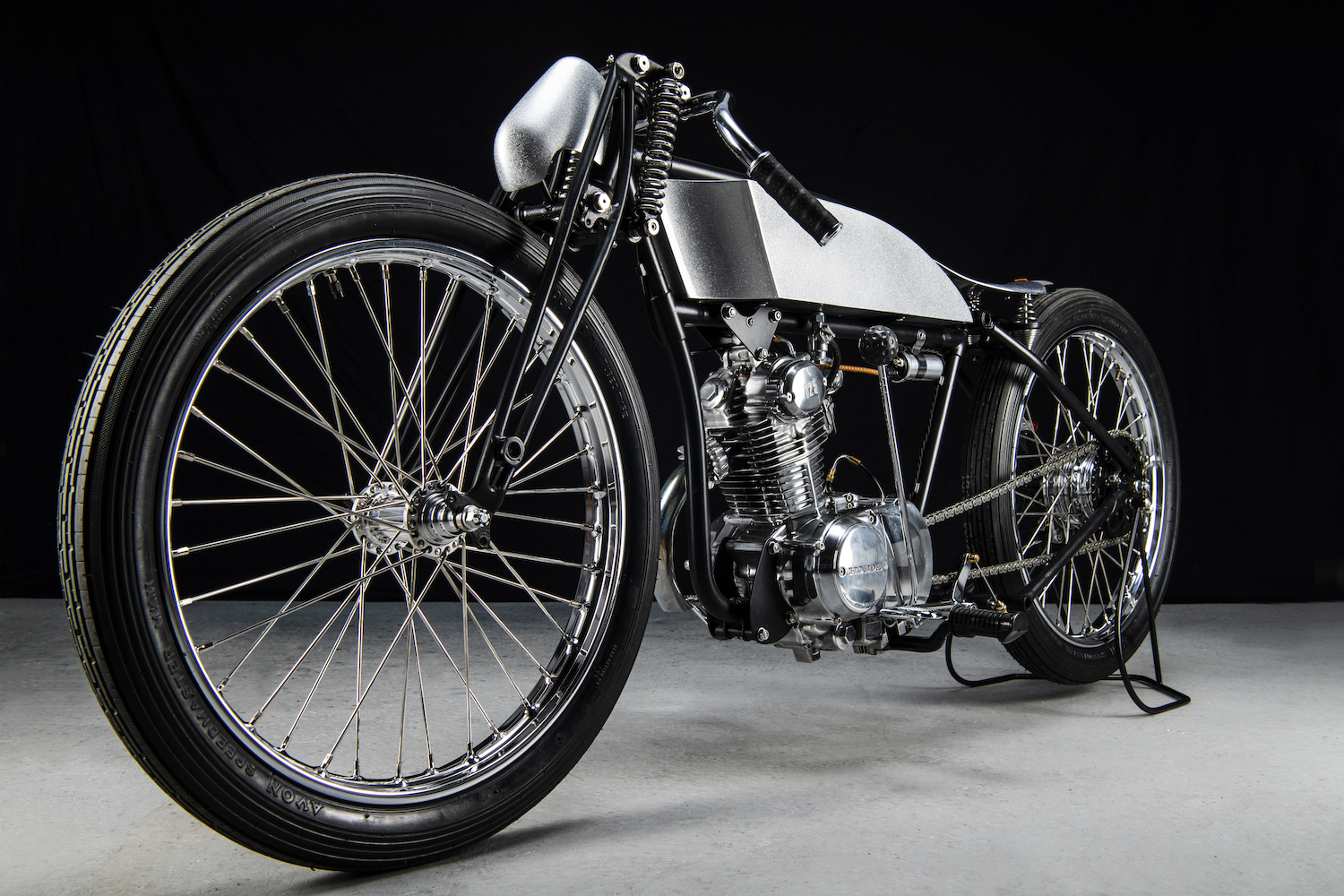 I often encounter a phenomenon on social media.

When a garage builder shares few photos as he just bought a donor bike. A 30… 40… year old Japanese motorcycle. A CX, CB or a GS… or some R series BMW. And immediately there is feedback coming to “Leave it stock! It’s beautiful as it is. Don’t cut the frame!” etc. And we are talking about common bikes here. A model that’s plenty around. There is no actual need to protect the last specimens. And yet – nostalgia kicks in very often. 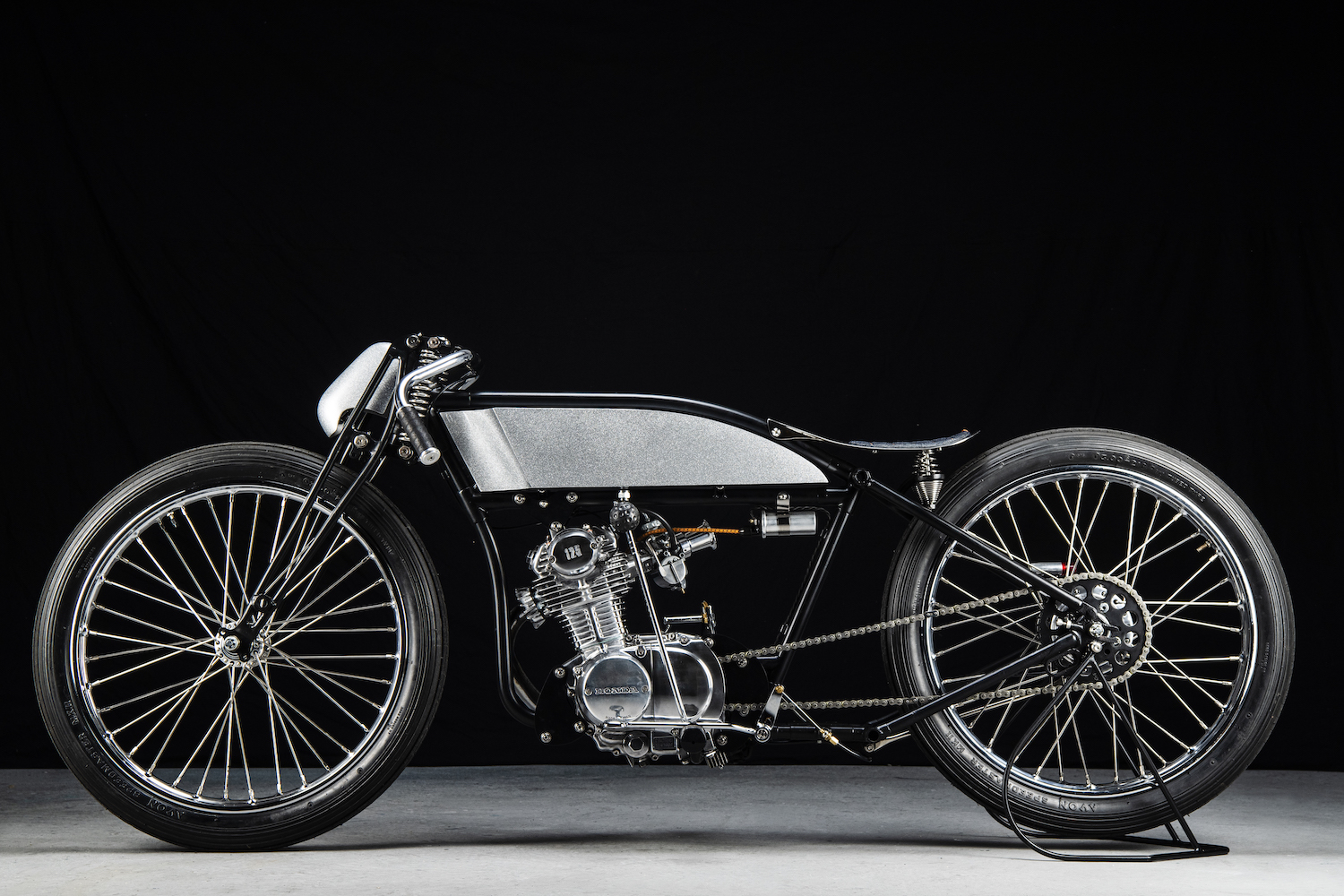 So how would these guys react to a concept of cutting a 1926 Douglas EW?
A British company founded in 1907, That for half a century was competing hand in hand with Indian and Harley (which copied their concepts?). There is not many of these left around. 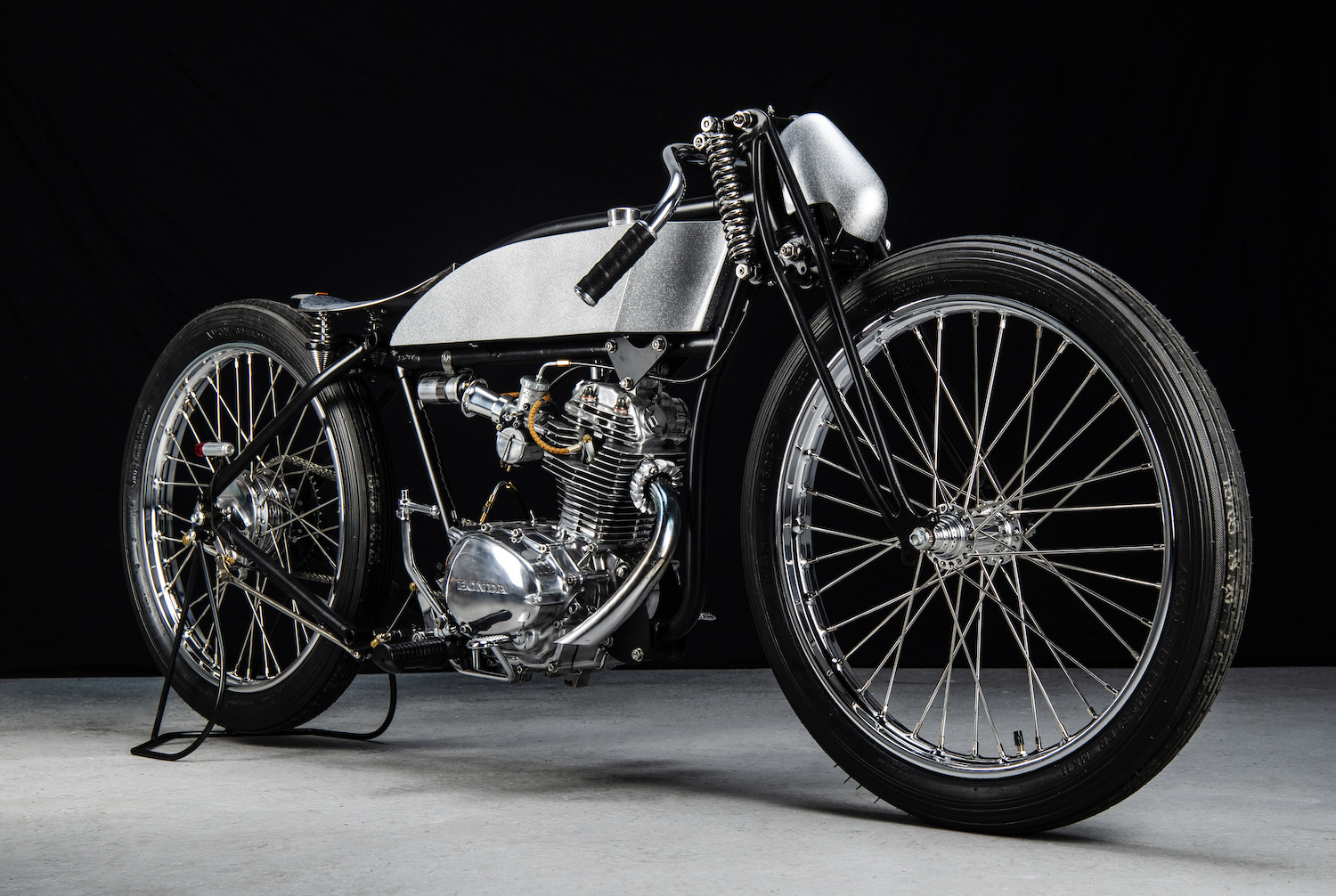 Andy and Giles from Sabotage Motorcycles decided to convert this classic into a classy board tracker. They only had bought the frame of the thing, so it’s not like they cut the complete motorcycle, but it doesn’t matter… You don’t need excuses when

the result is this spectacular.

The heart comes from a Honda CB125. Maybe it’s not a powerplant that delivers a punch, but: one – it looks properly retro, two – the old frame, probably would have some issues delivering more power to the tarmac. 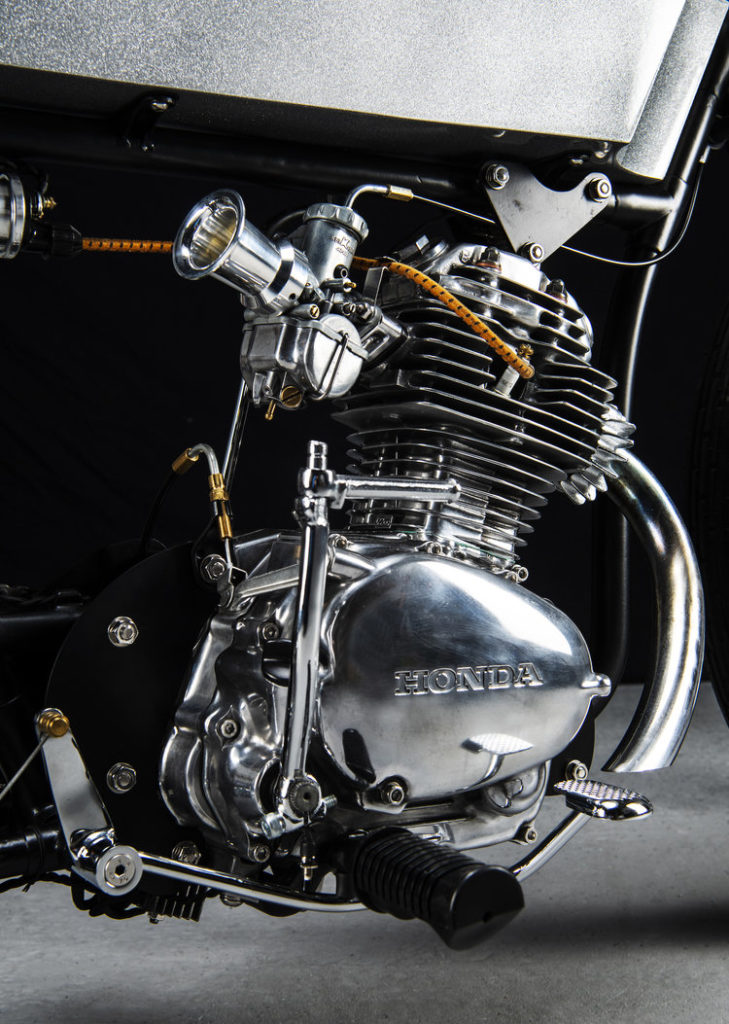 The girder front fork comes from a younger Douglas. It fits perfectly -matches the style, the mechanical aesthetics of vintage motorcycles. Where everything is visible, has a function. Delivering only what is necessary, to make You feel the freedom that the vehicles are about, never interfering too much with extra weight and practicality. 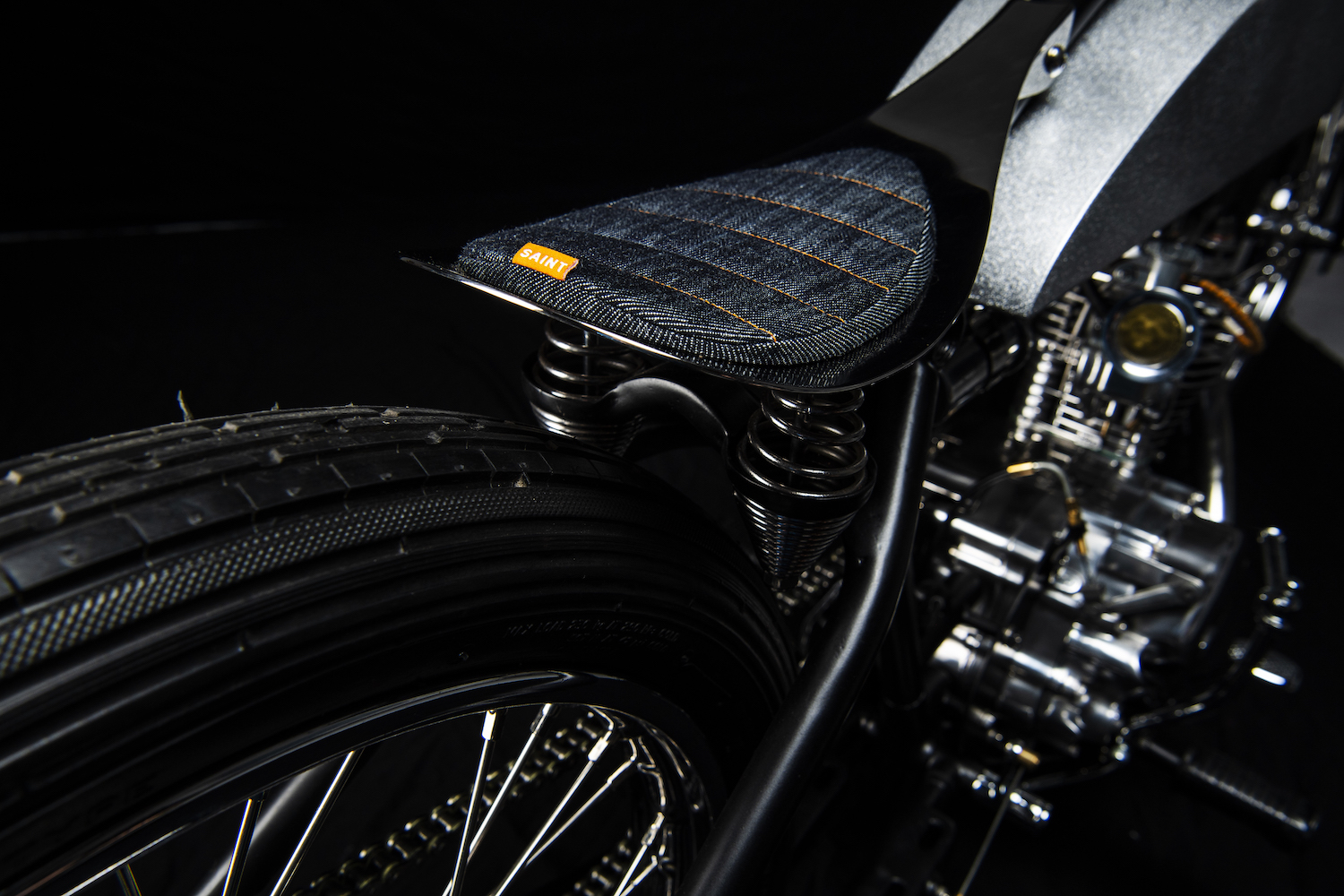 I miss the old days that I never had a chance to experience. But they are somehow captivating, even to someone born a couple of decades too late.

Handlebar grips were wrapped in leather. The seat was covered in jeans with a distinctive looking stitching pattern. 21-inch rims were dressed in Avon tires, that look like straight from the ’20s. The tank was hand made, to fit a particular look that is a result of mounting it under the frame. 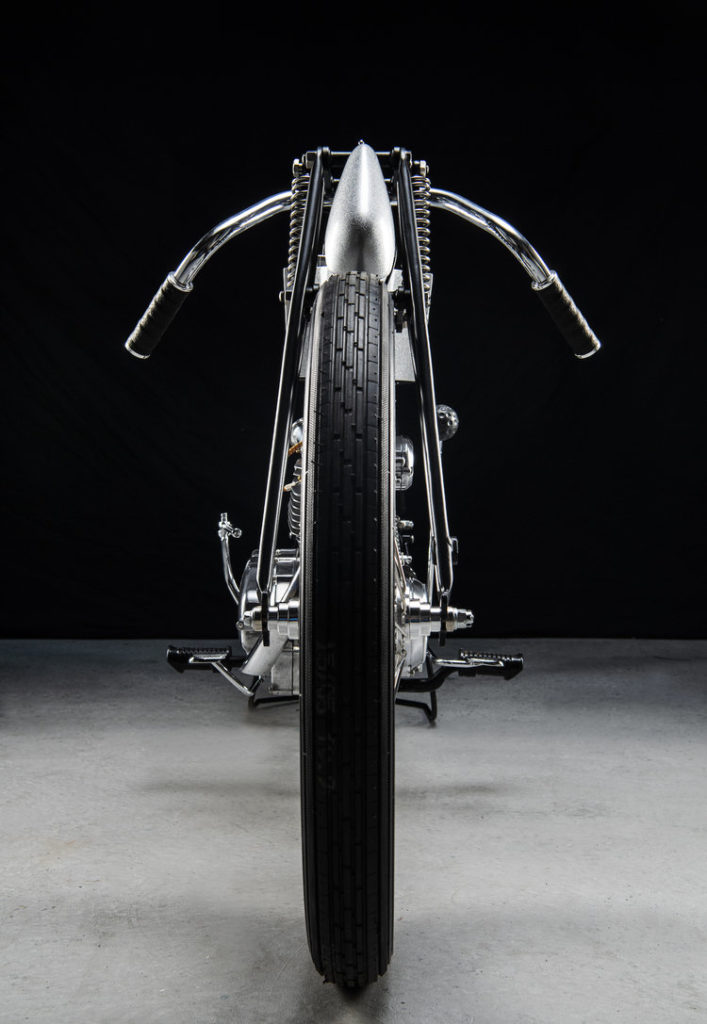 The final result is… I repeat myself: spectacular. It’s a kind of a motorcycle then after a ride; You’d park in Your living room as a decorative piece. Therefore it doesn’t run under a restomod category. It’s a different genre. 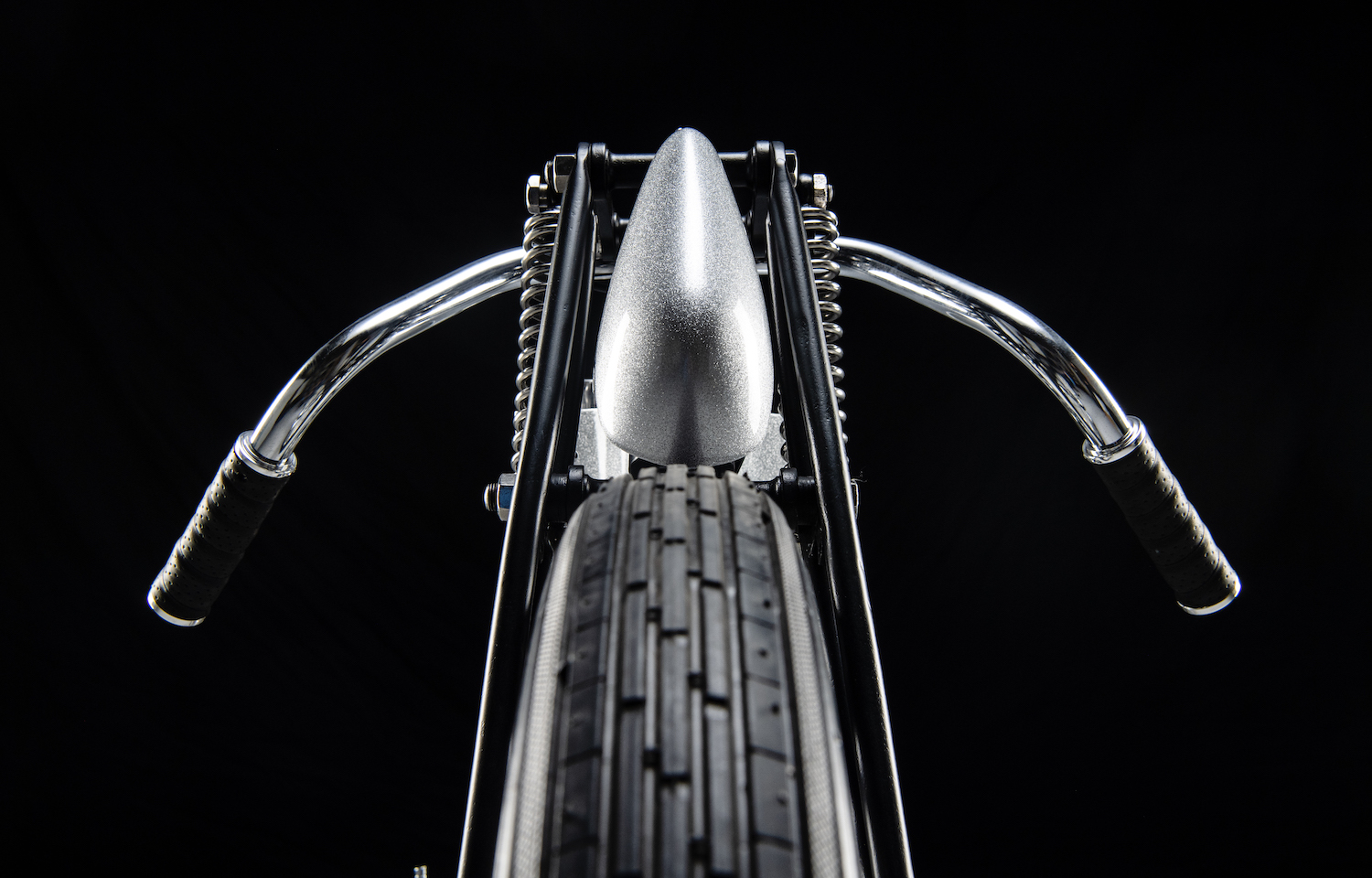 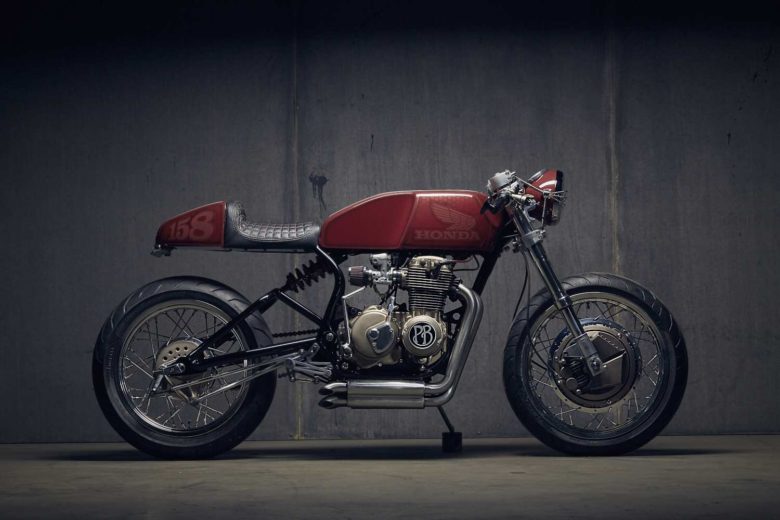