When choosing a build to feature, I try to look for something unique, rare or with a story. CX500 is a model that we have an abundance of regarding custom bikes. Especially popular in the “Cafe Racer” segment. But – I cannot overlook this beautiful build, especially when it comes from Poland. 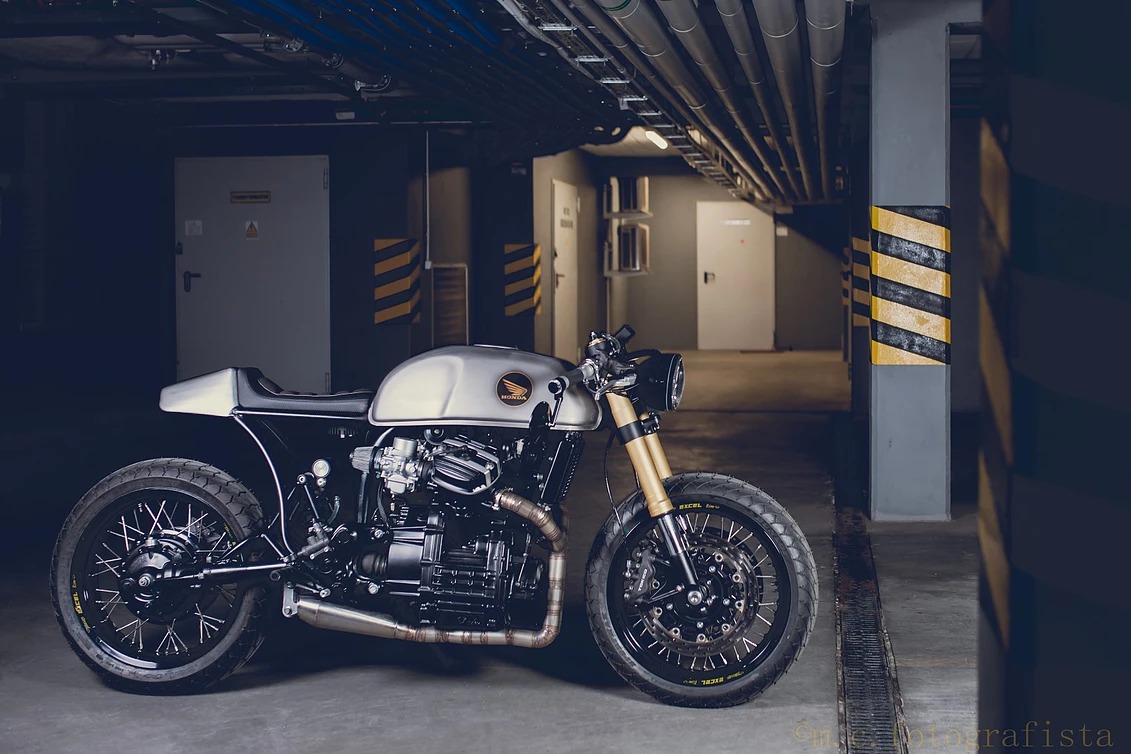 This copy of Moto Guzzi was modified by Wena Customs

… from Poznan area in Poland. I’ve featured their previous CX500 build on a Top 5 list. That build, called “Project Twister” basically won every award possible, on each show it appeared on. This one should not be different, as it looks just as fantastic. 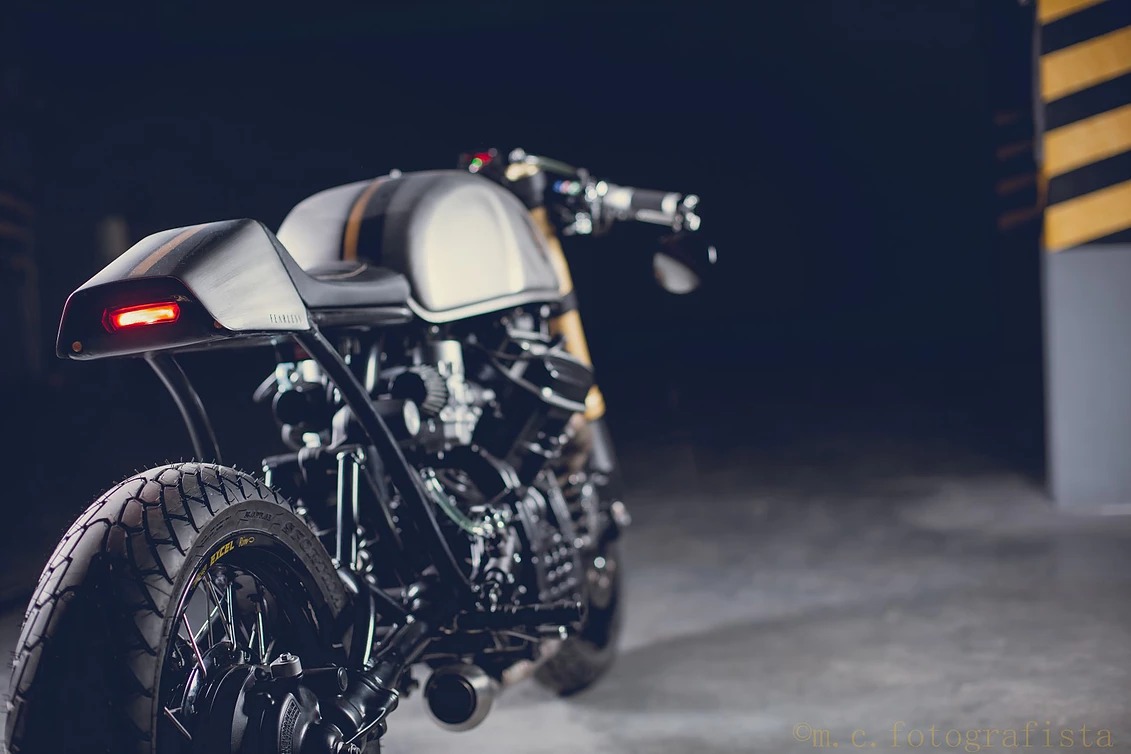 It was built for a client who knew exactly what he wanted and provided a detailed specification about it. The motorcycle was stripped down and carefully restored. The frame was sandblasted and powder coated. The engine was rebuilt and painted as well.  Every mechanical part was regenerated and/or fixed. 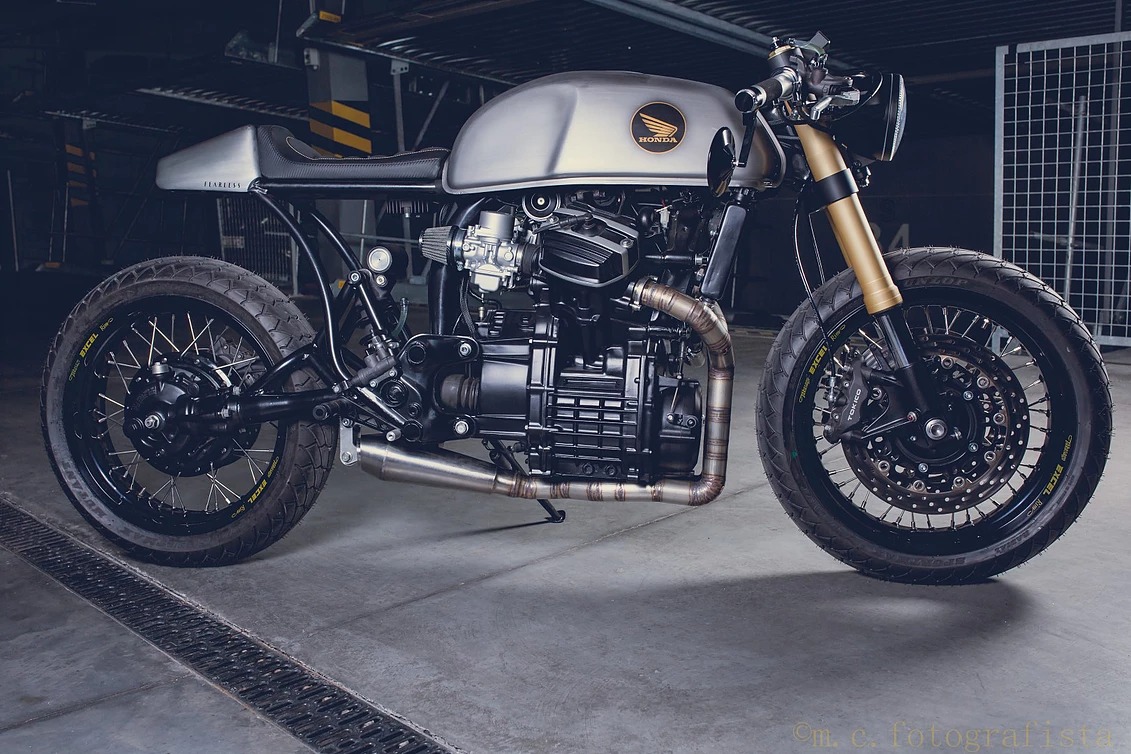 One of the main features is a suspension that comes from legendary Honda SC57. The triple trees were CNC machined to make the front end swap possible. The rear shock was also taken from this model (and adapted to a modified swing arm). The frame was altered so it would fit the new suspension and receive a better general backbone line (the bike is lowered and leaned forward a little). 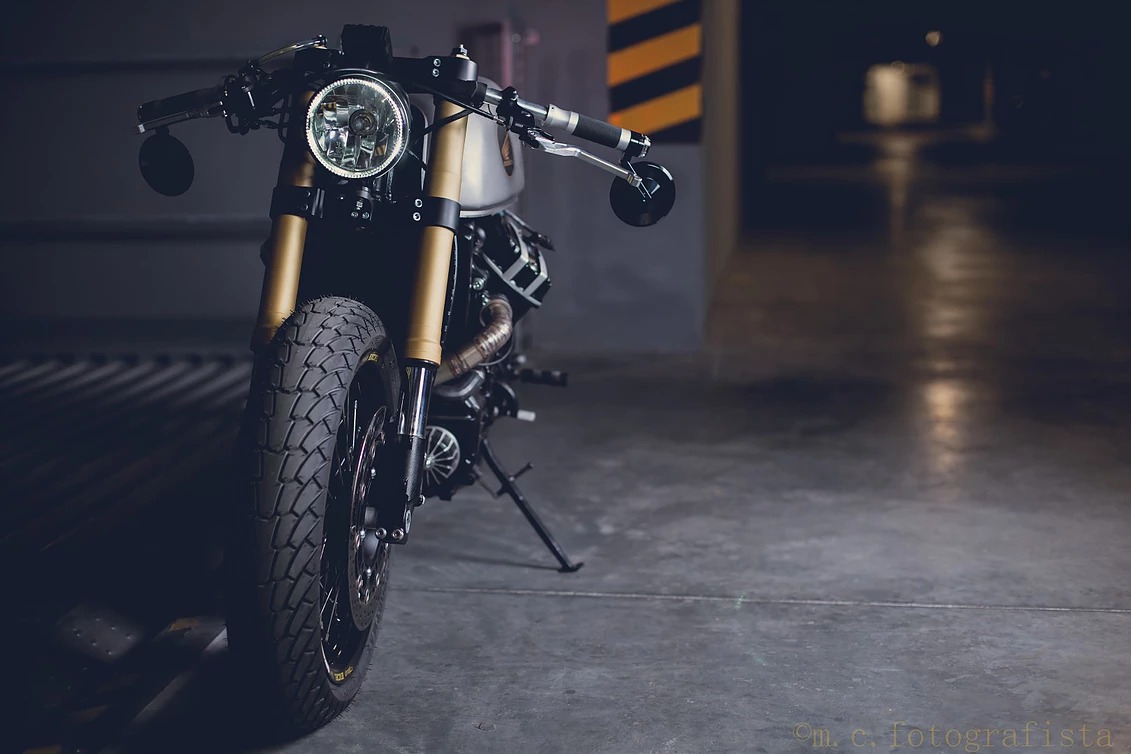 The braking power is provided by SC57 brakes, equipped with braided steel brake lines. These beautiful spoked wheels come from Excel. The hubs were adapted from Honda GL1000. And the rubbers are Dunlop Mutant model. 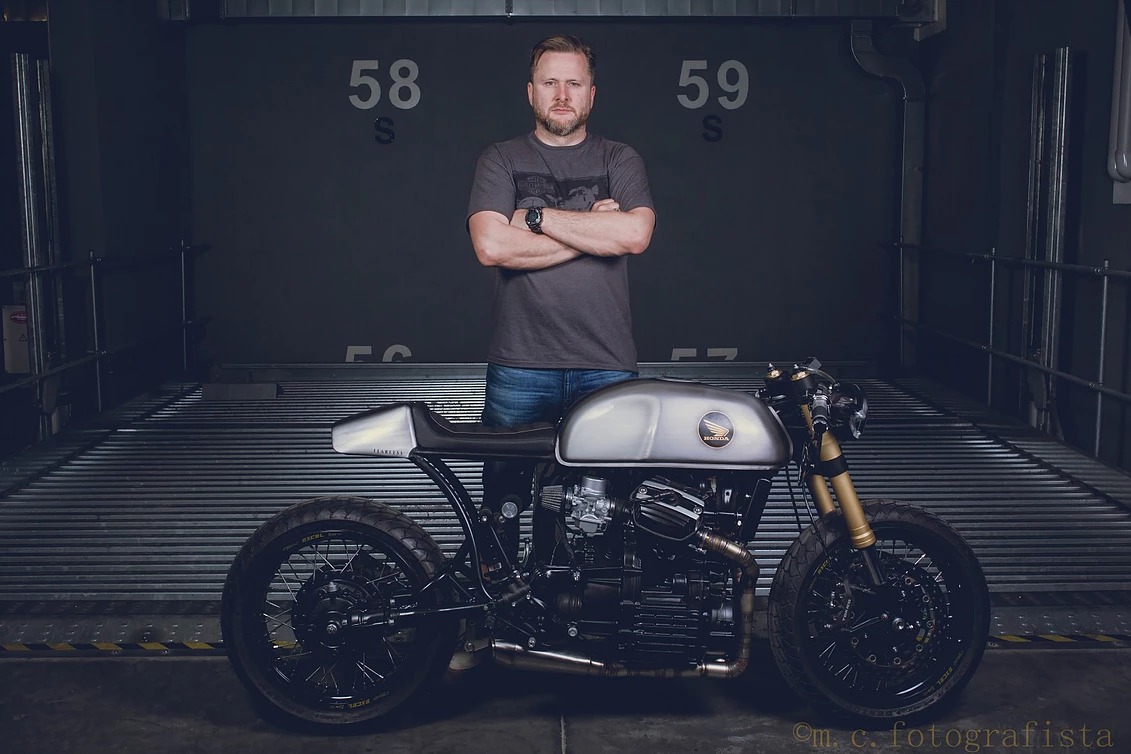 The electrics are now based on quite legendary Motogadget M-Unit Blue, connected to a speedo from the same manufacturer. Mirrors facing downwards and bar-end  LED turn signals, help the profile to stay in line with the rest of the motorcycle. Under the speedo, there is a modern LED headlight. Custom paint with grey brushed metal effect, and old-fashioned golden Honda logo finishes the job. 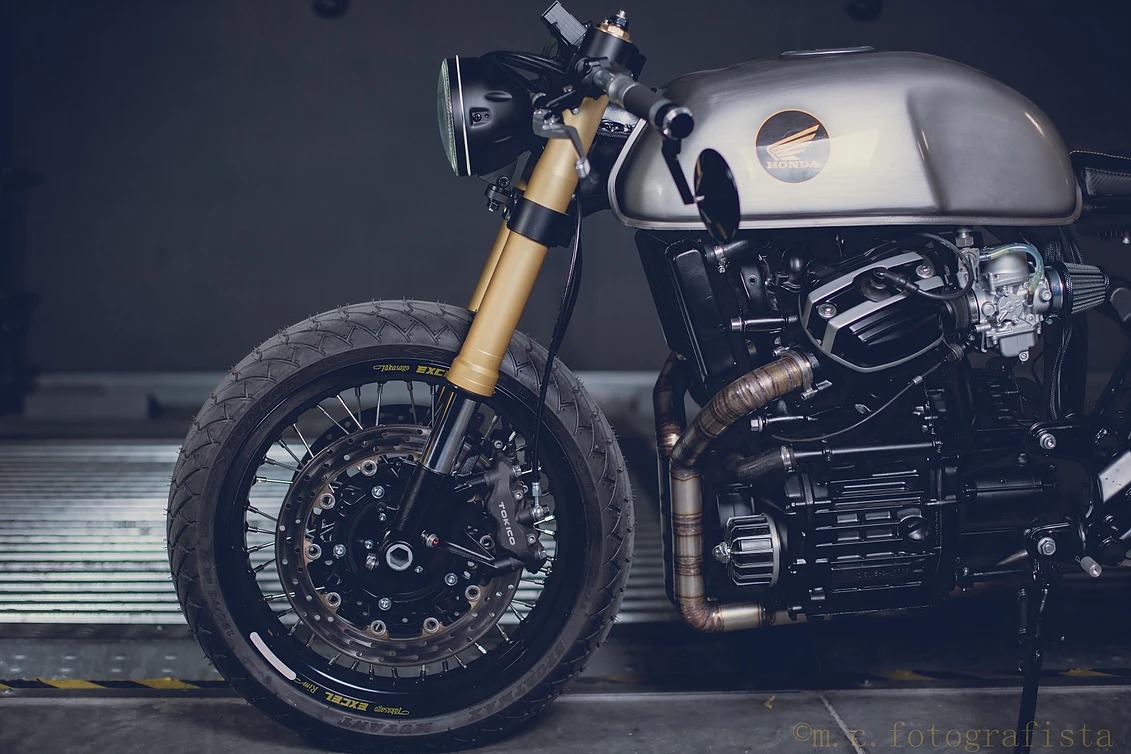 All together – it makes a great looking motorcycle. I think it’s time for another CX500 Top 5 list, as since the last one was published, we have a lot of new material. And I think this particular build would take the top position. 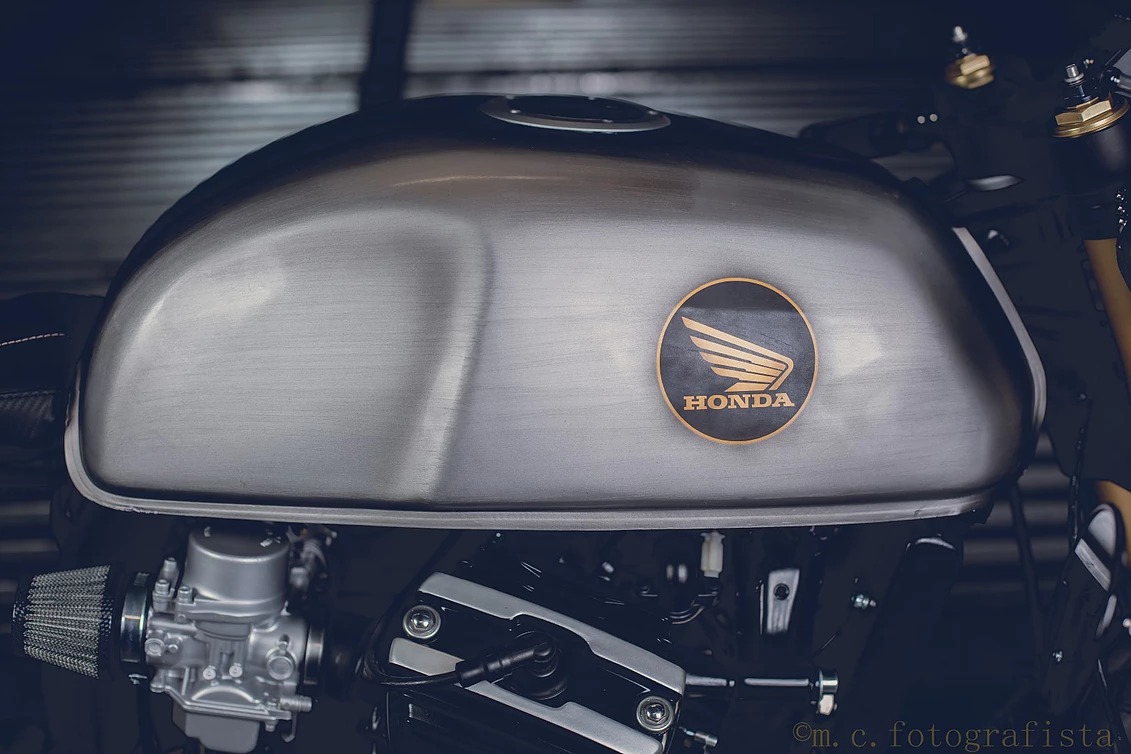