Long time, no text. I’m in a process of rethinking what this blog should be and where do we go from here…  I stopped hunting for motorcycles for publishing actively… Went for a winter sleep, as the motorcycle season ended. And woke up in different reality… But contemplating my online presence, during the coronavirus social distancing – doesn’t mean that I should overlook a motorcycle built by a friend. 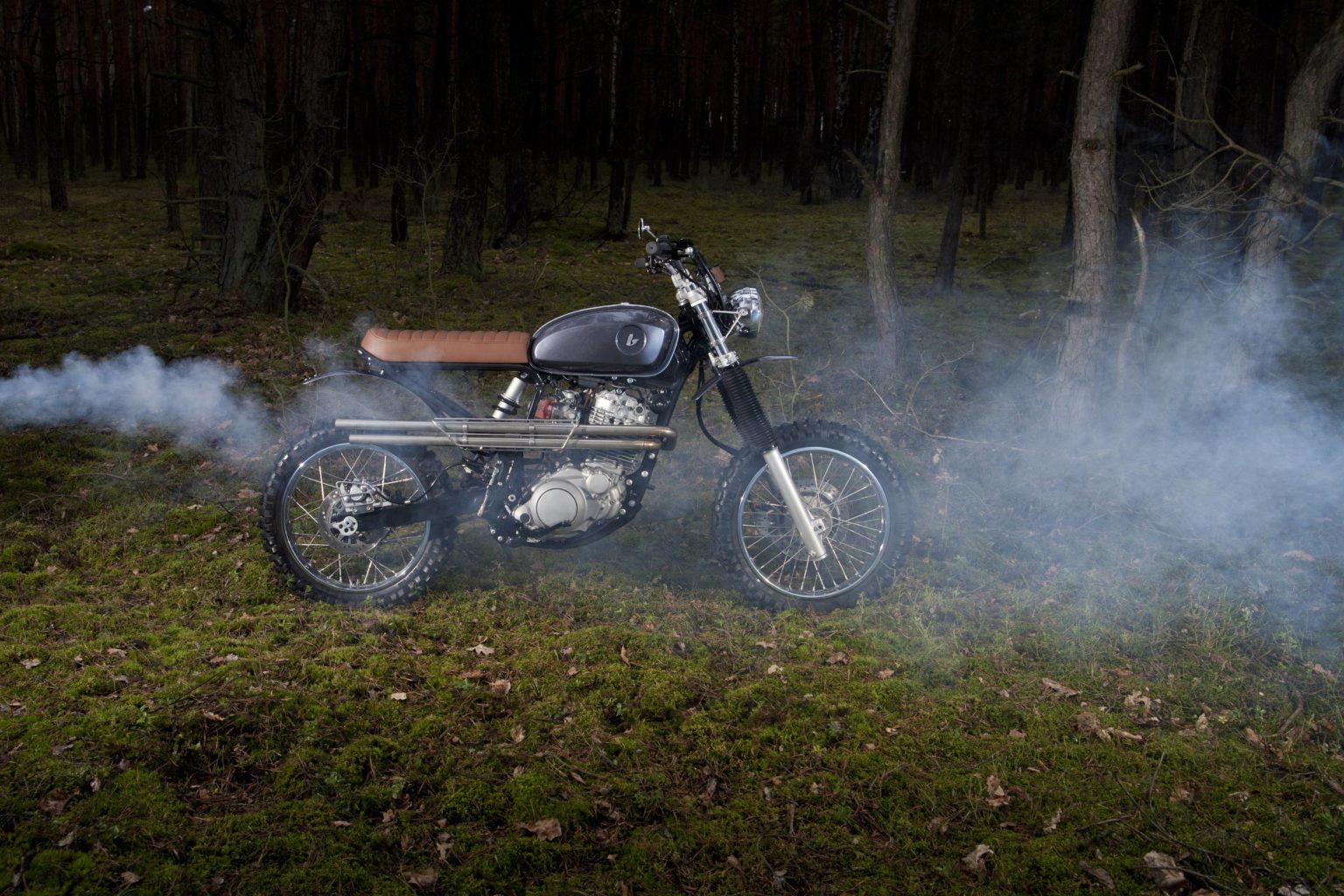 I know Krystian thanks to a common passion for custom motorcycles. We ride together in Warsaw. We both started as Cafe Racer enthusiasts. Now gravitating towards more offroad riding, while still keeping the “retro vibe”.

And he beat me in building a Scrambler… big time 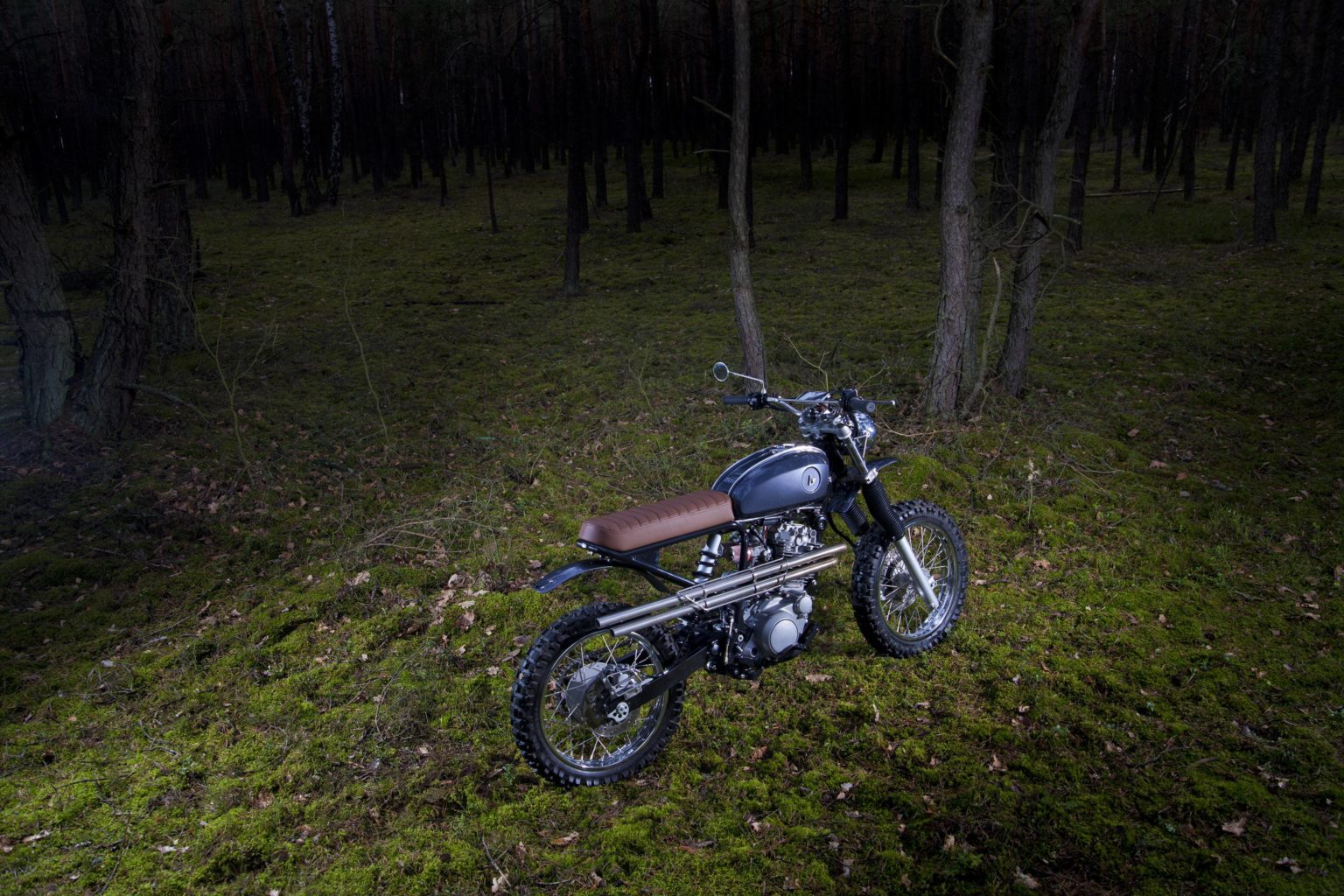 I remember talking with him about choosing a donor bike. Like it was only a few weeks ago. And while I didn’t even start building my project, he showed up with this machine.

Before starting the project, I have done a research among different groups driving on enduro and cross to choose the most suitable base. The Yamaha XT 600 3TB was the most commonly mentioned model, mainly because a lot of people praised it as a reliable, quite light, with a powerful engine and oil cooling in the frame. This allowed to create a vehicle that works well in sandy terrain as well as on delicate gravel roads. Its capacity of 595cm3 on one piston produces 44 KM, which at this weight gives a noticeable power. 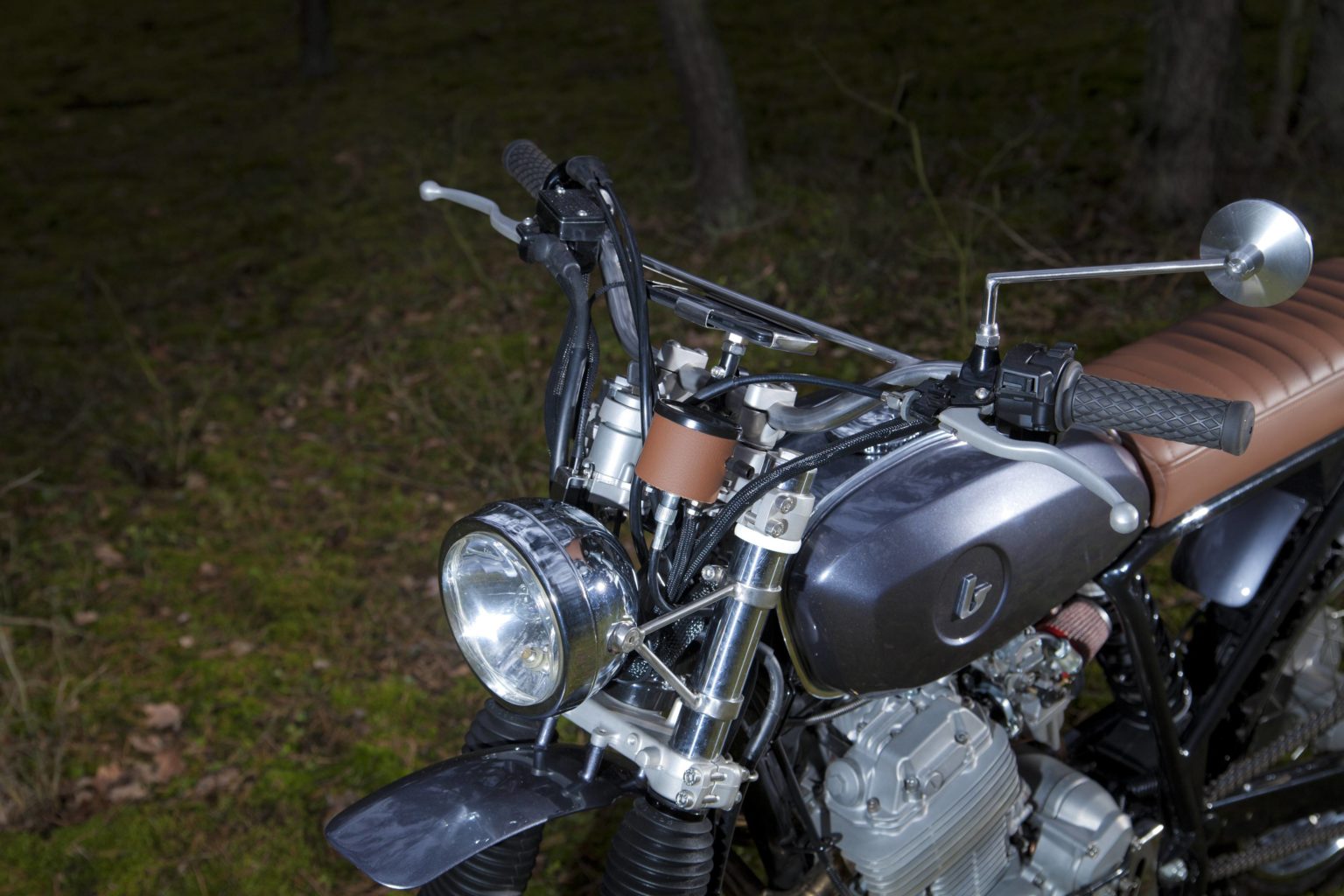 Just like with his cafe racer project, Krystian worked here with his father Janusz, who is responsible for the heavy metalwork.

They started the project with the wheels. The hubs were left original, but the rest of the wheels were refurbished or custom made. Both wheels are 18-inch which is unusual. They got dressed with Pirelli MT21 RallyCross tyres – a model suitable for both off-road use as well as for
driving on paved surfaces.

Immediately after the rims were finished, the design process started. And I know that with this build there is no accidental part.

After applying the rules of perfect proportions and/or perfect division (taken both from the mathematical theory or golden rule of photography) this is what was created. 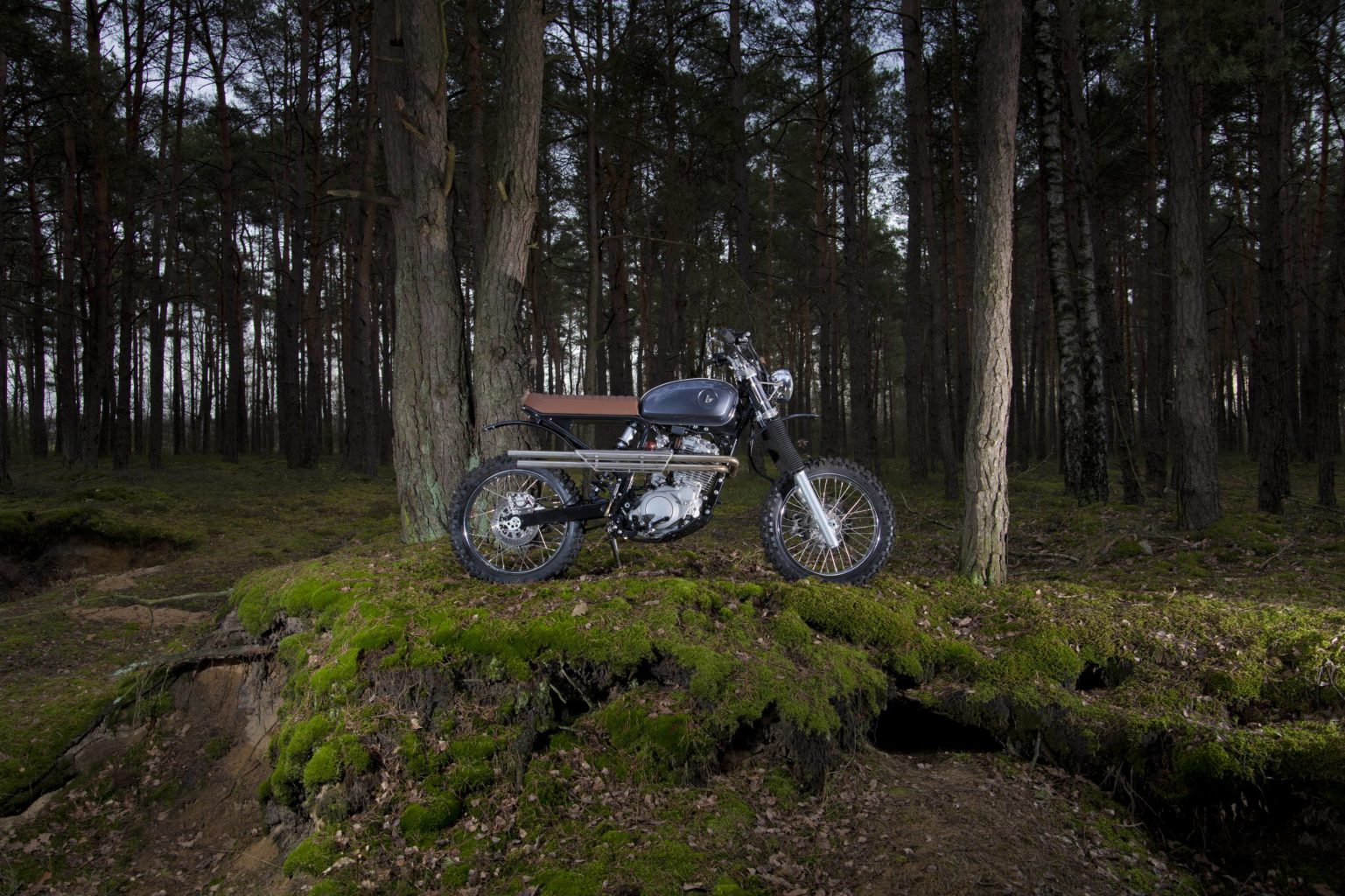 Obviously, the original look of the Yamaha XT 600 was gone. The bulky tank, and plastic covers were replaced with some clean lines created by custom parts and minimalistic approach. The design was key, and it required some compromises and many parts to be hand made.

The motorcycle electrical modules have been placed under the seat and the cables
replaced with new ones and routed in the frame. A USB port is provided on the front of the motorcycle to allow the phone to be charged while riding. The tank has been transferred from the WSK M21W motorbike, which required the fuel tap location to be shifted, mounting points to be welded 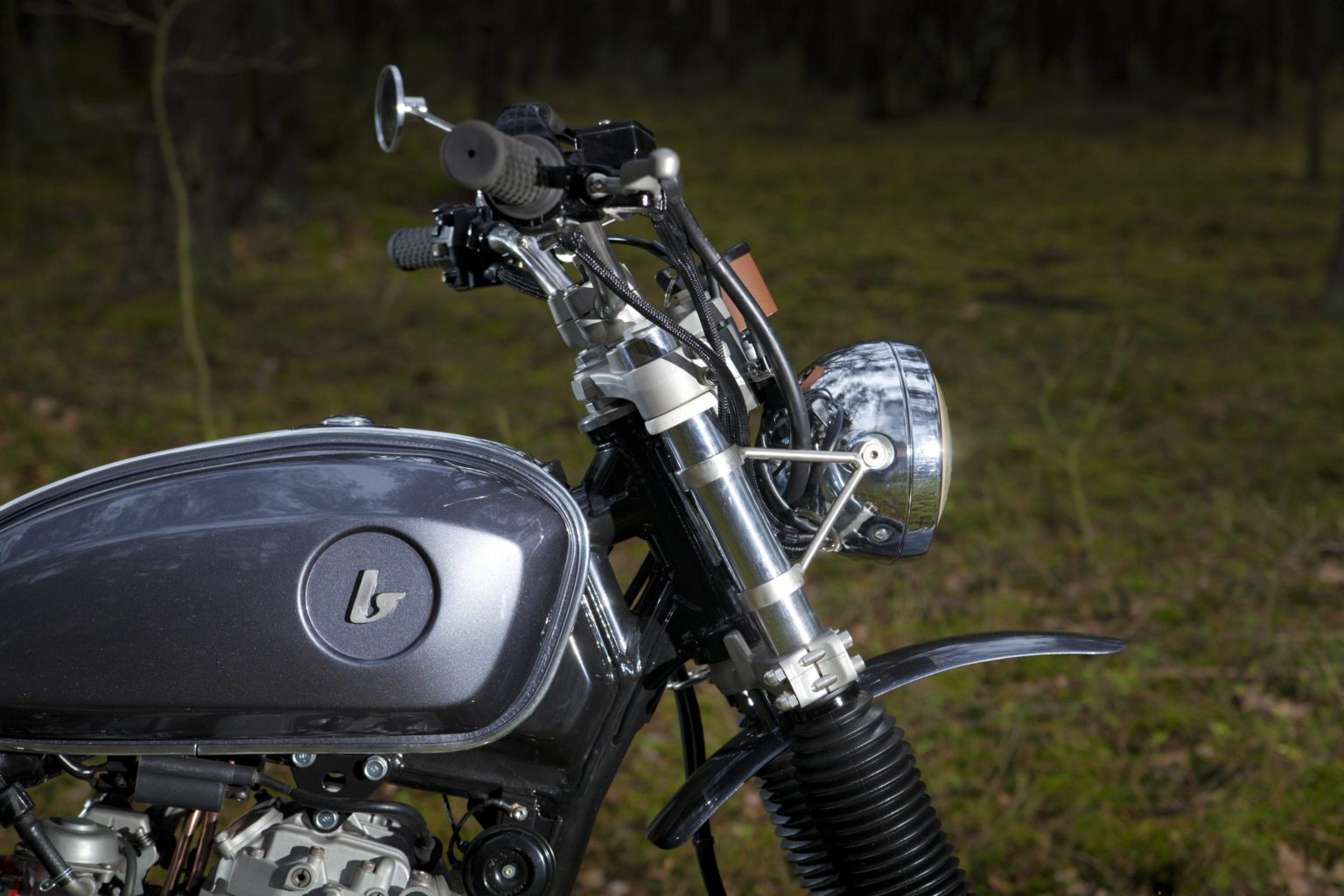 In the end – it is still a motorcycle, that by its purpose should

be a capable off-roader.

So besides the looks and retro styling, it should be able to take some heavy beating, be lightweight and dustproof. So the lighting and indicators are not sticking out from the sides. mirrors are high, the handlebar is wide and pretty straight. Under the seat, a special tray was fabricated to house the electrical components and wiring. 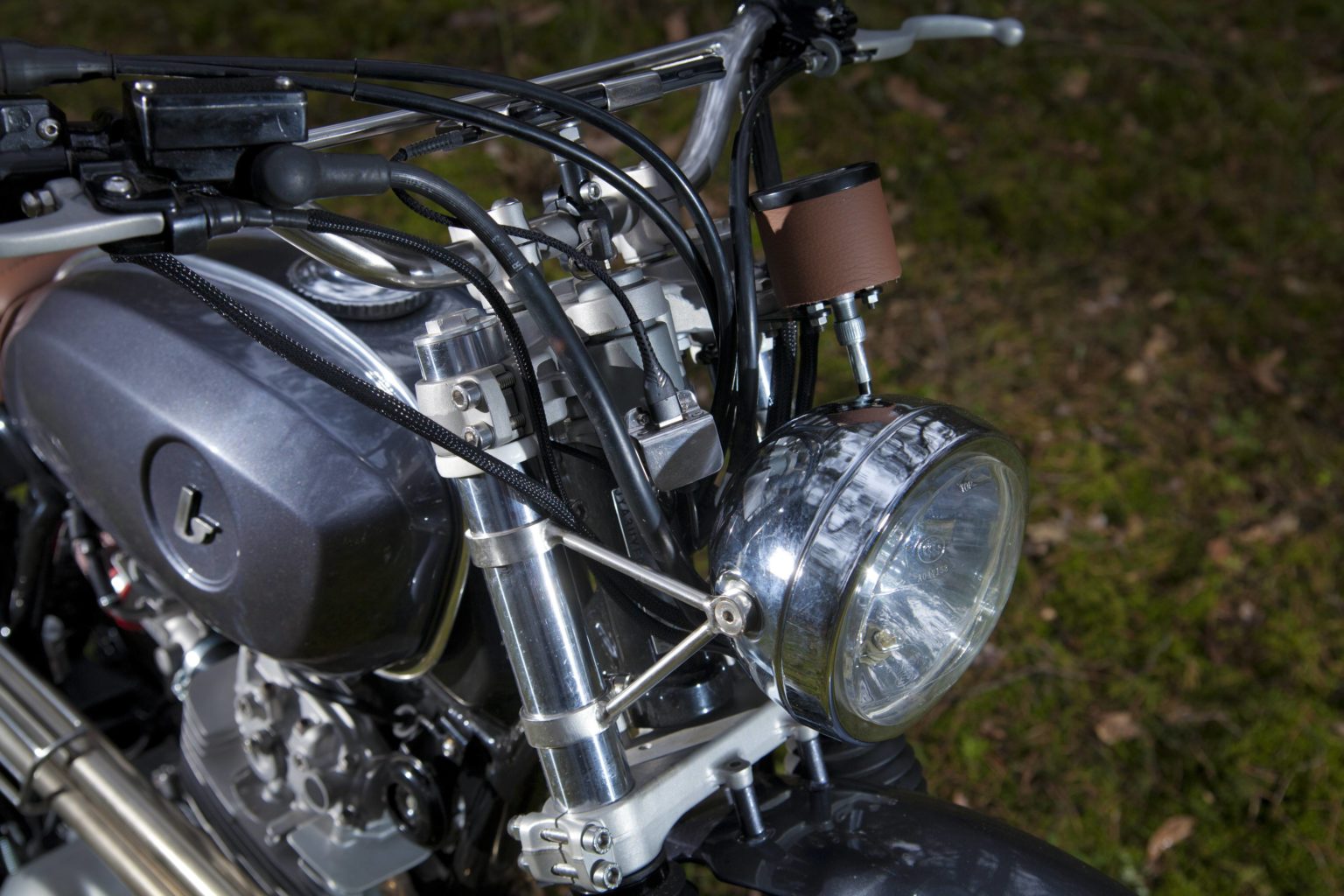 The whole frame after welding and modding was powder-coated for paintwork durability. The seat is flat and was custom made by a local upholsterer ARMJ, finished with brown leather.
The fenders were handmade from 2mm thick sheet metal. Also, the protective rods were designed for the rear brake and the front sprocket.

The visible exhaust, obviously inspired by a Triumph Scrambler design, was made of 33,7 x 2 mm stainless steel tubes. 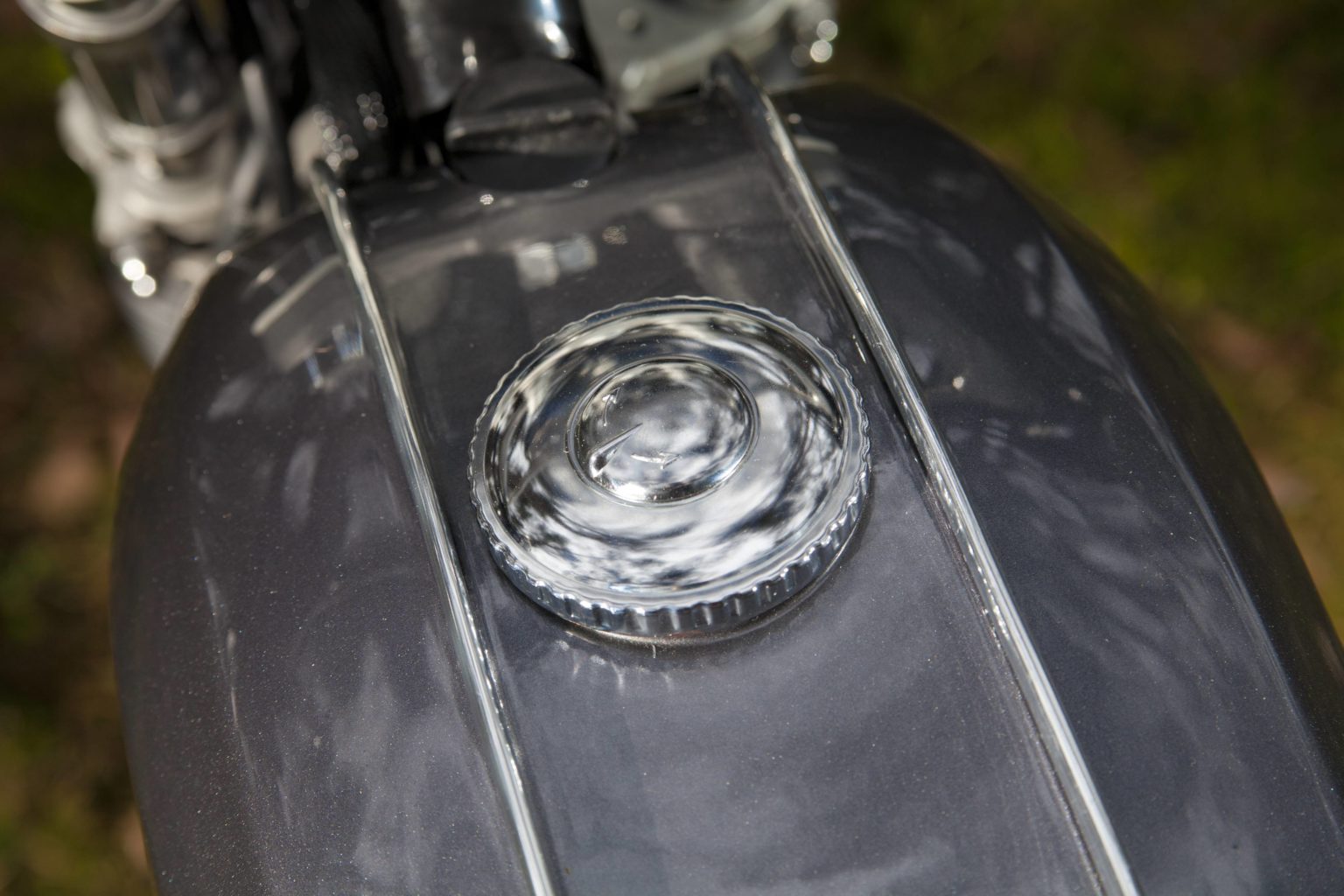 The goal was clear

to resemble the projects from the 1960s. Chromed headlight is new.  The speedo is minimalistic and of course analogue. 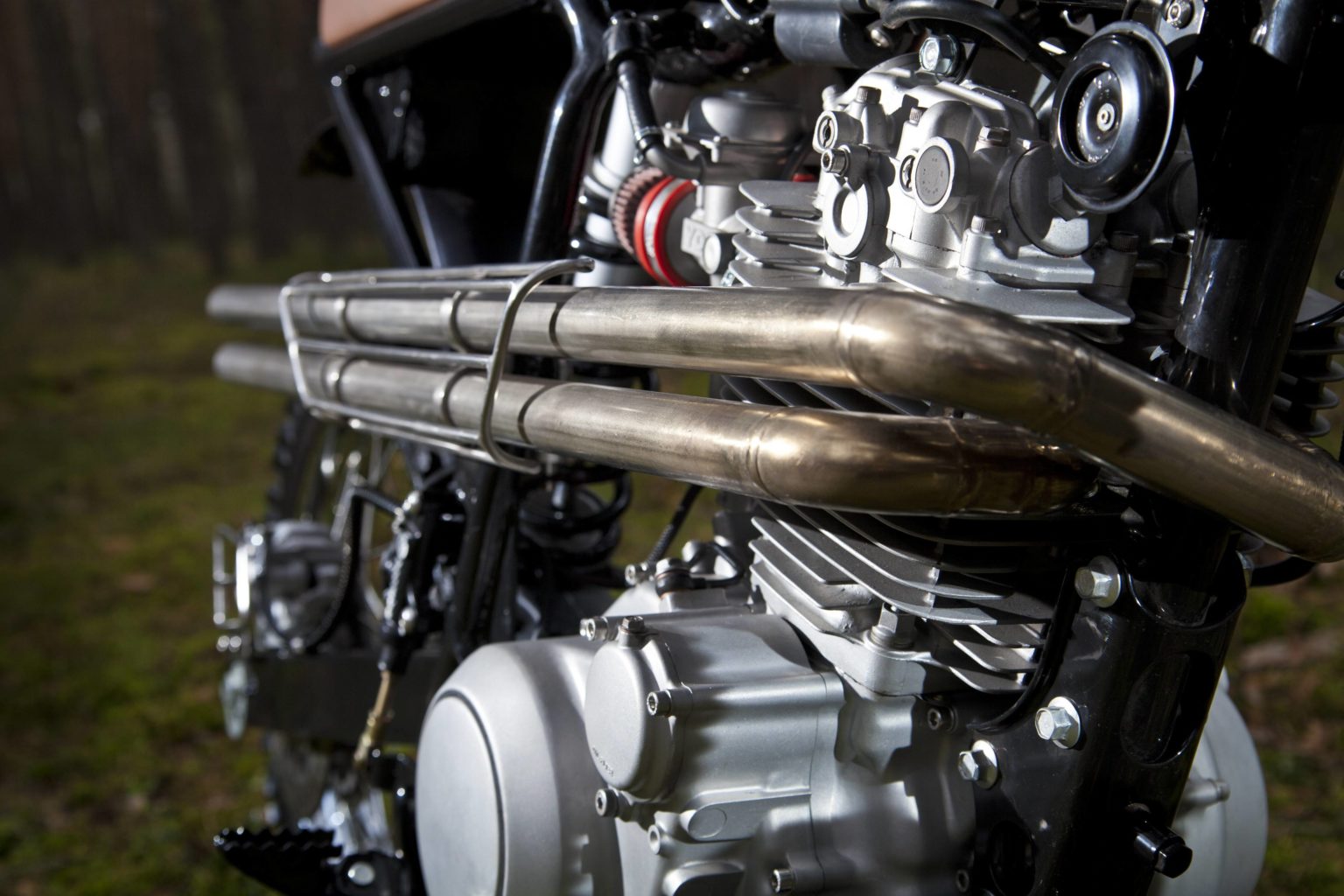 The rear shock absorber was revived. Front forks renovated. The engine was completely restored. The exhaust was mentioned above, on the intake side, there are 2 custom made cone filters I have serious doubts that these two will survive the moisture and water often met when driving offroad. But at least – they add lightness to the line by allowing to remove a big airbox. 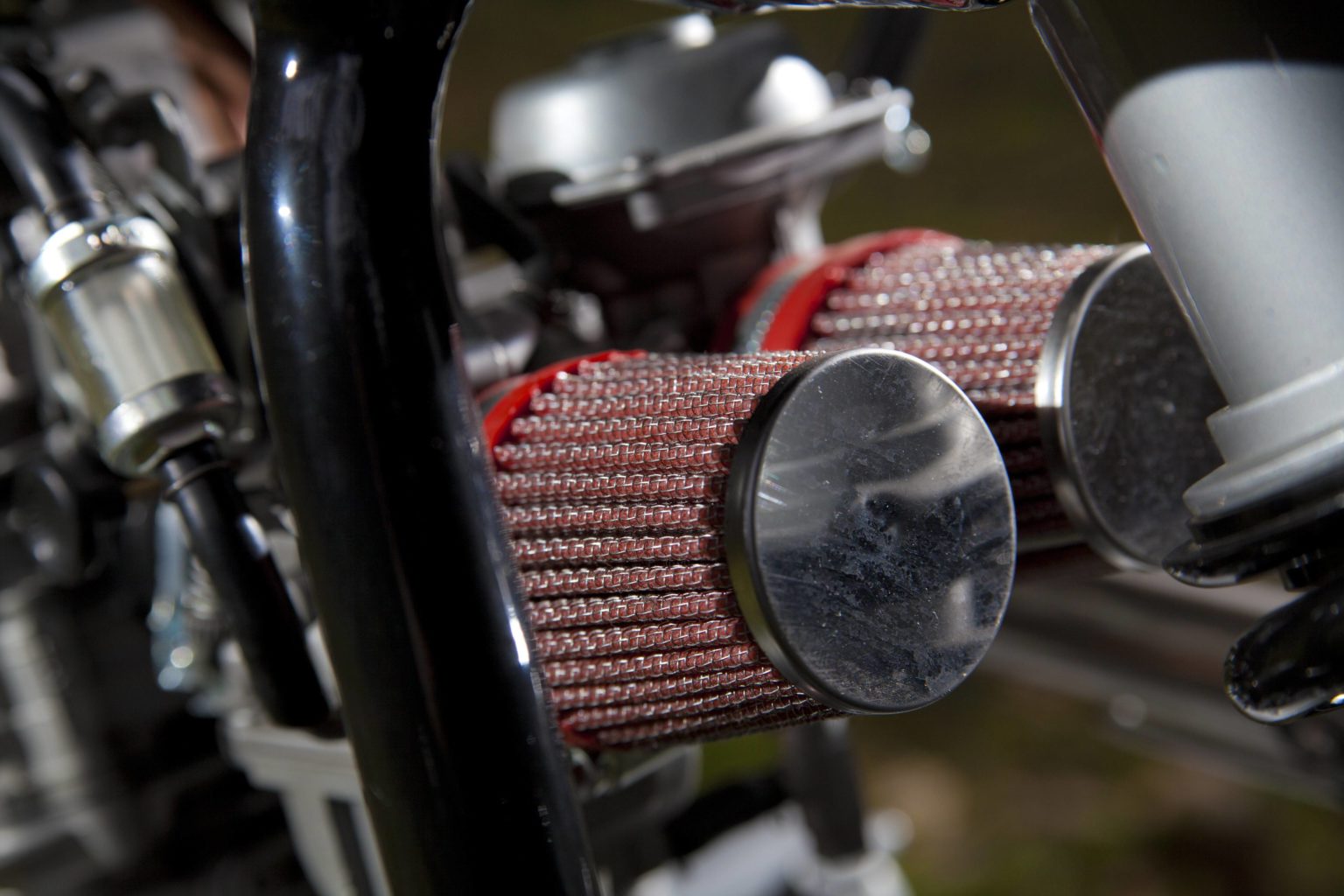 In general – this is a perfect scrambler, by definition. And I’m really glad that I will have a chance to ride along with it at least a couple times a year. Now it’s my turn to build one… 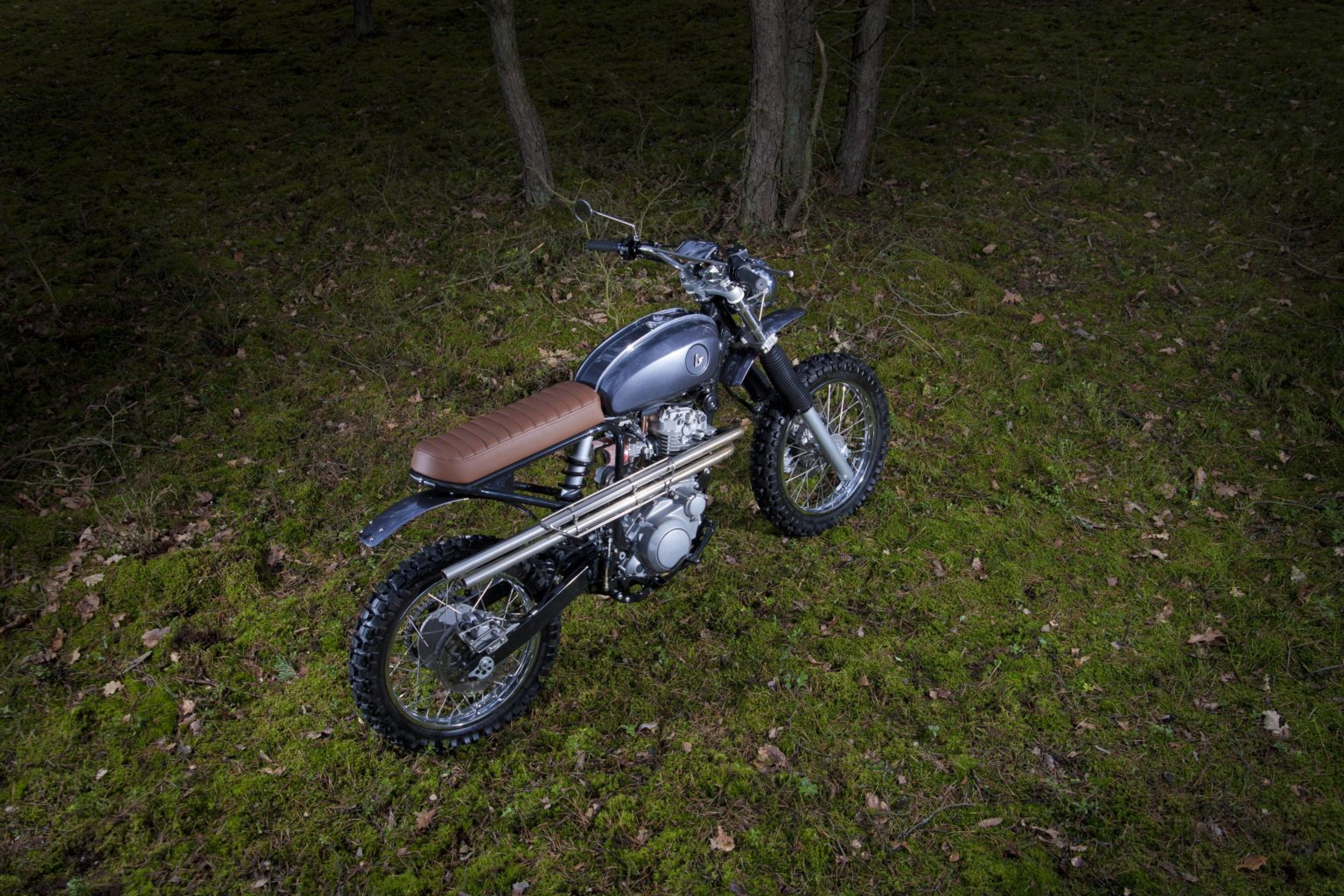 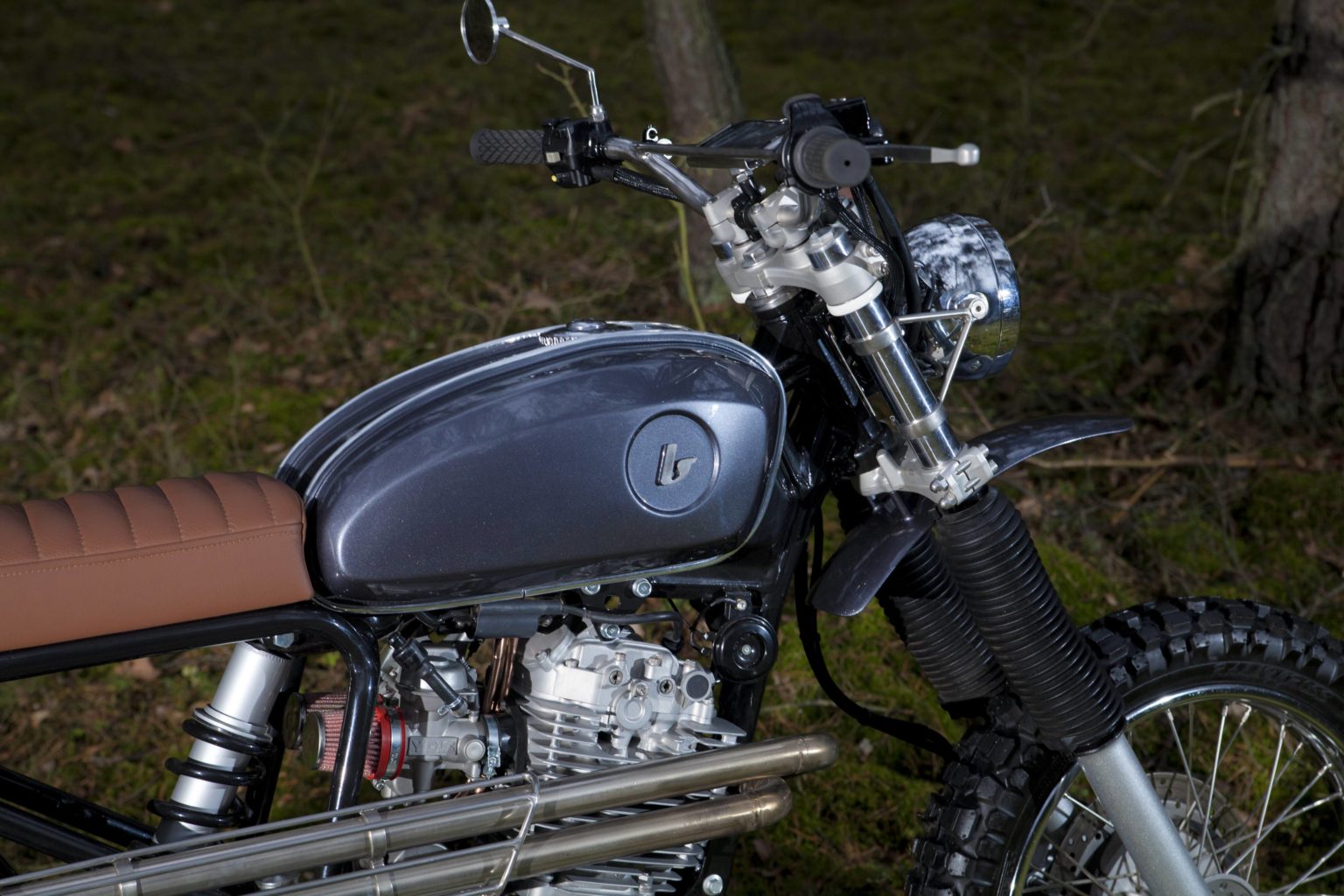 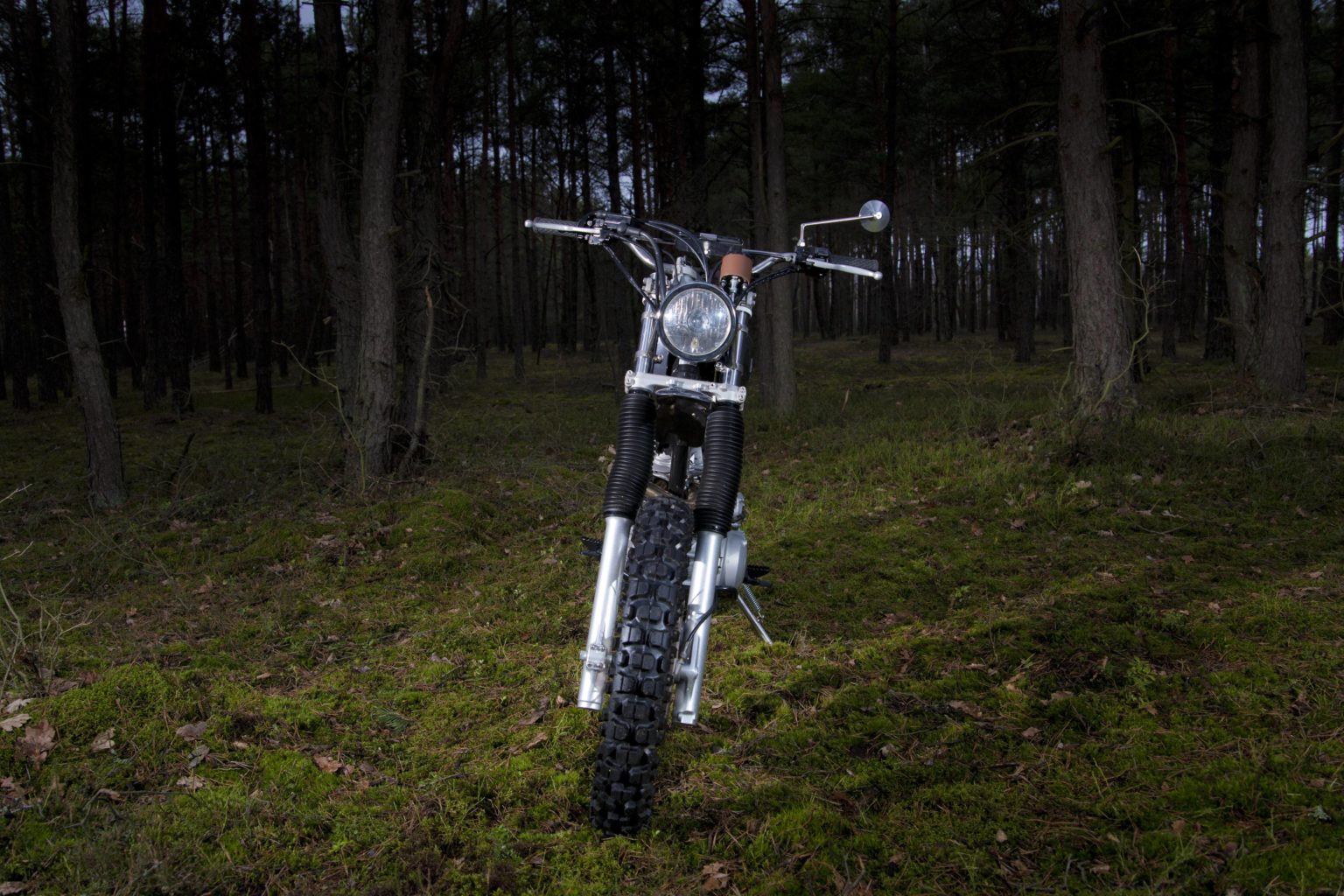 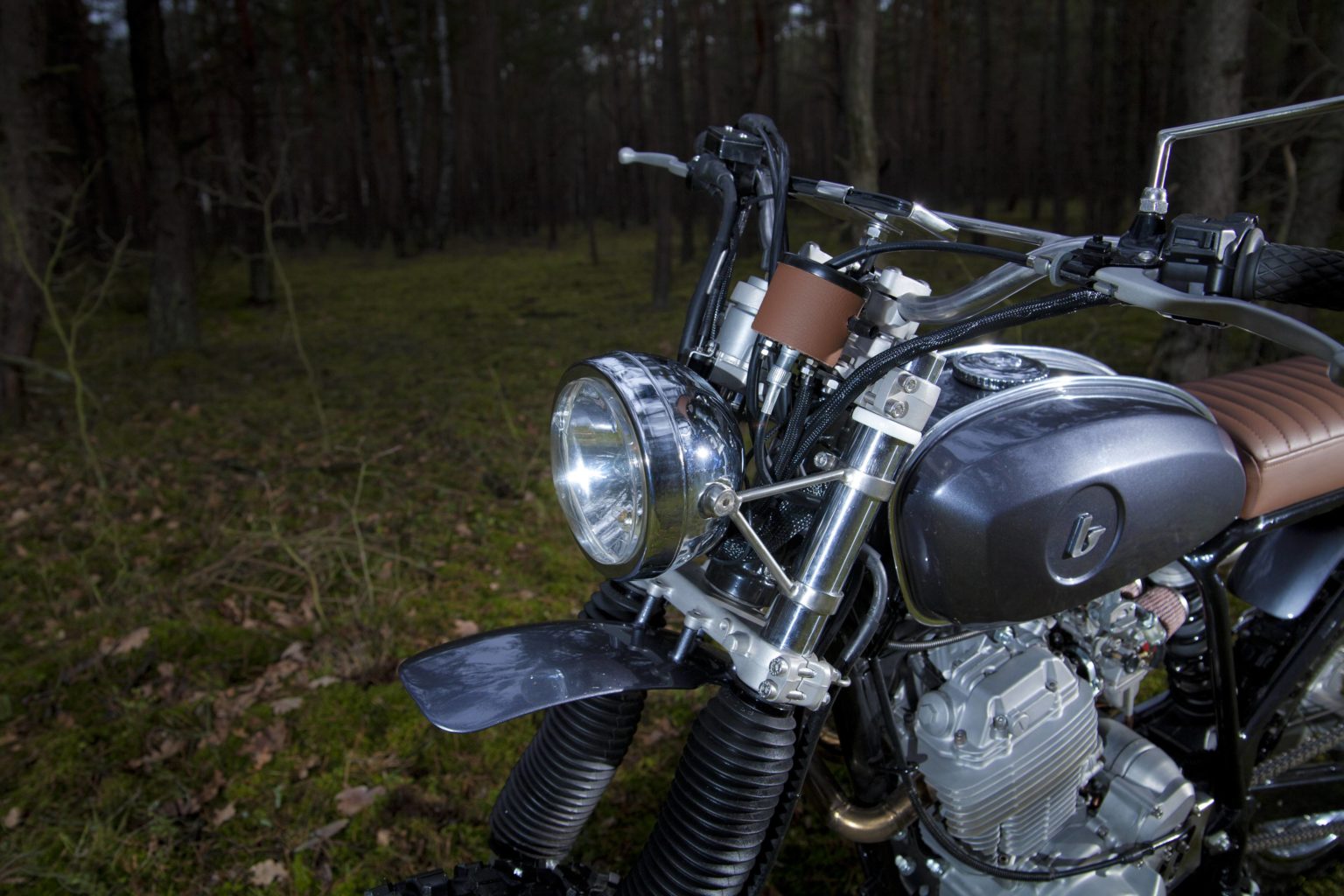 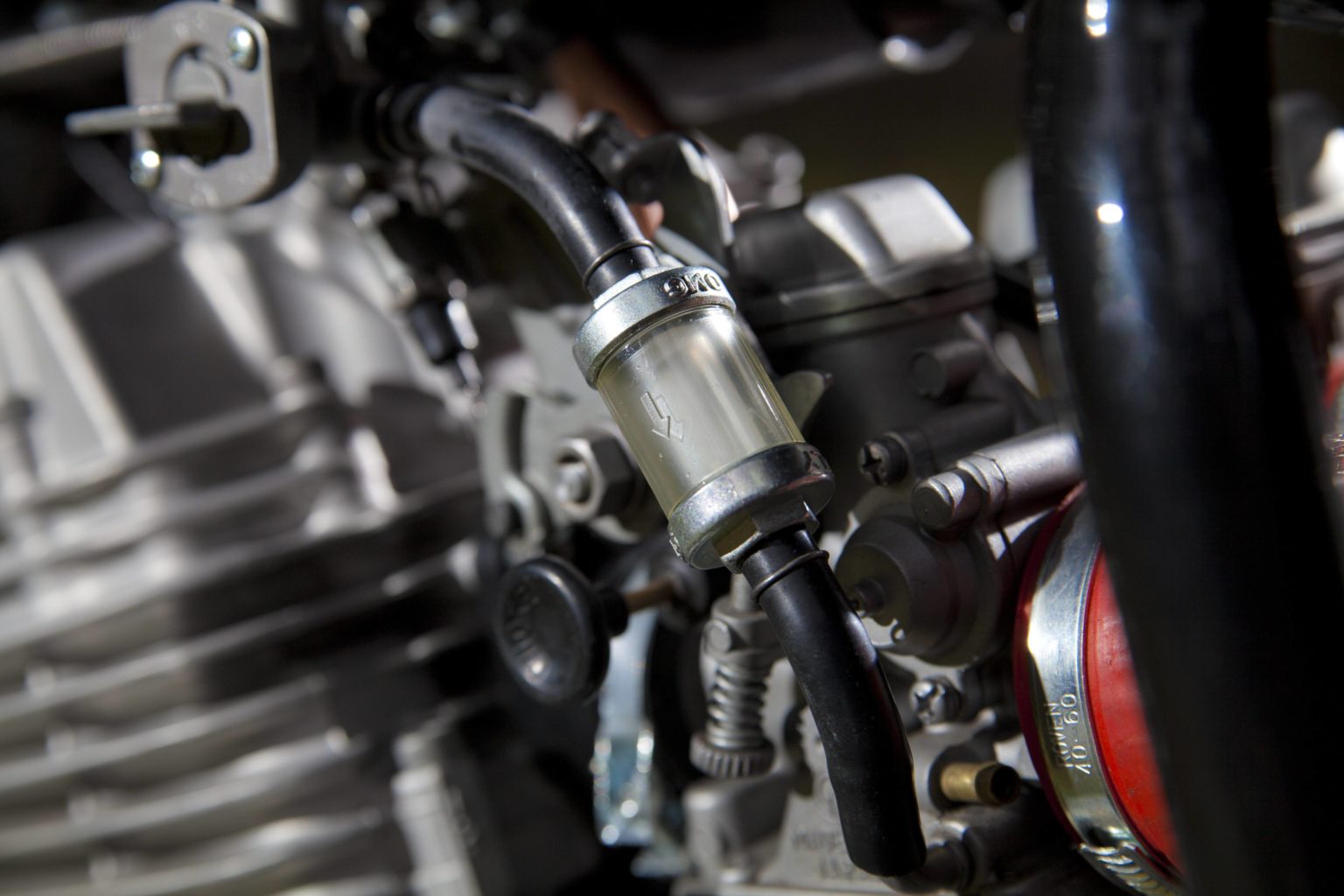 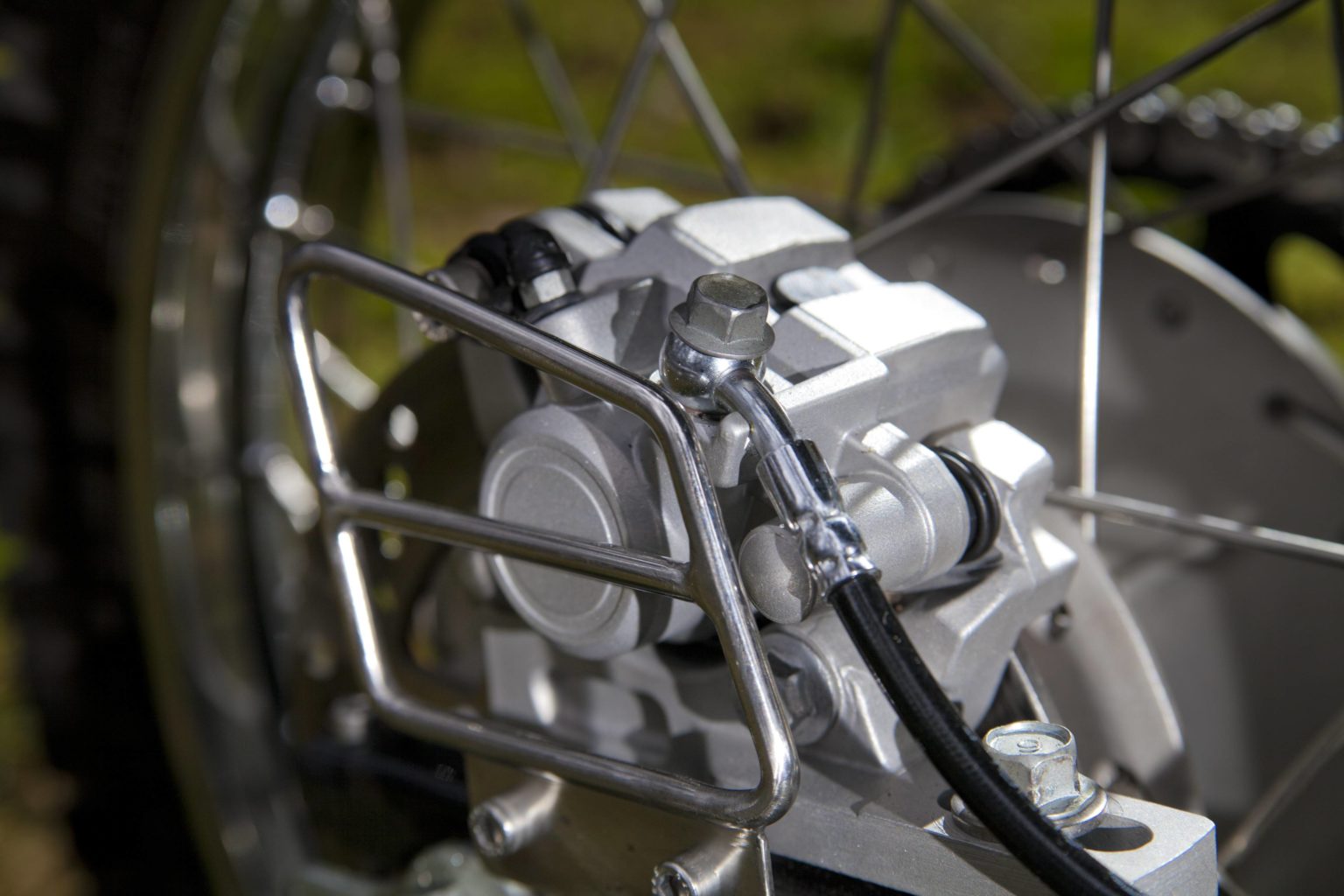 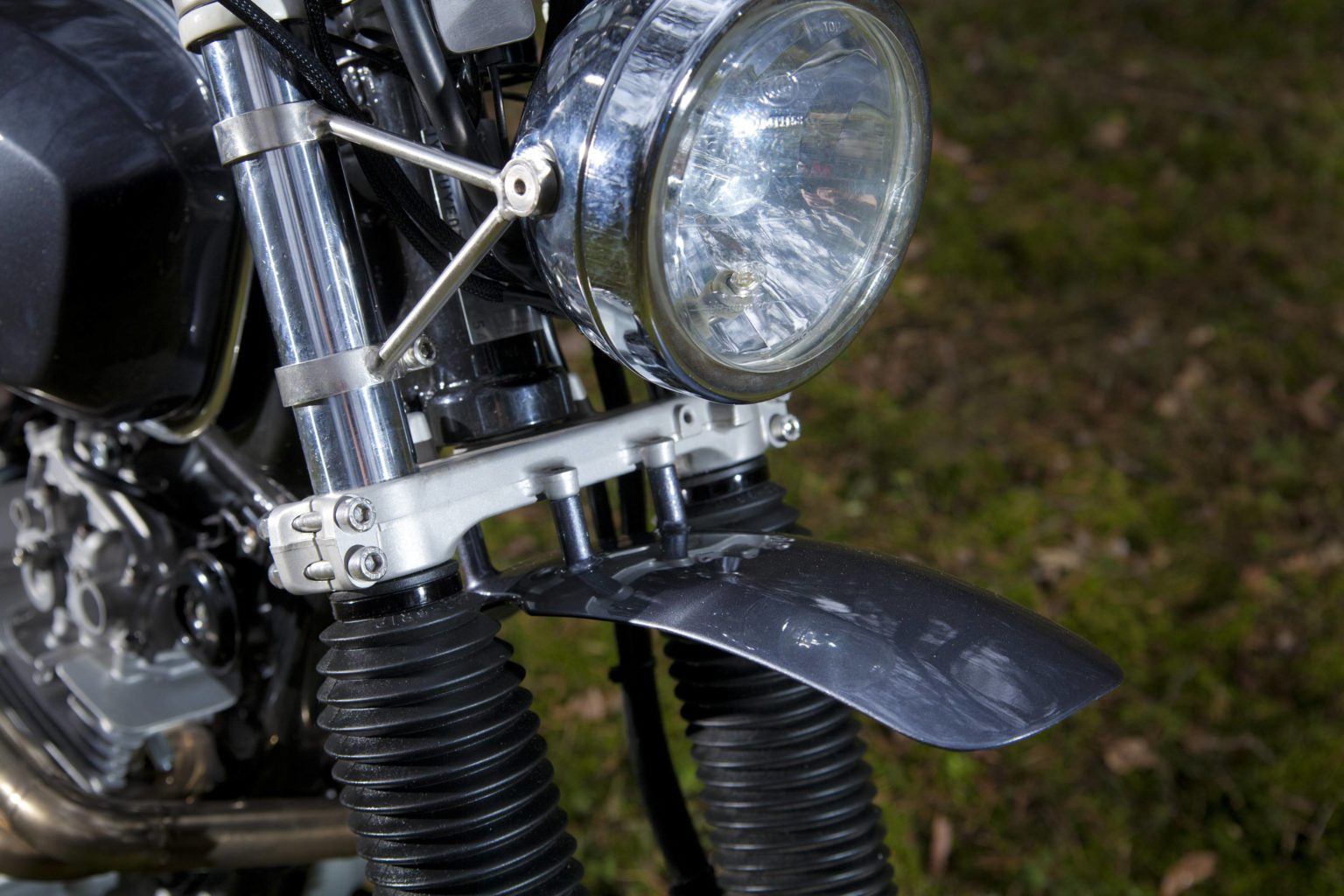 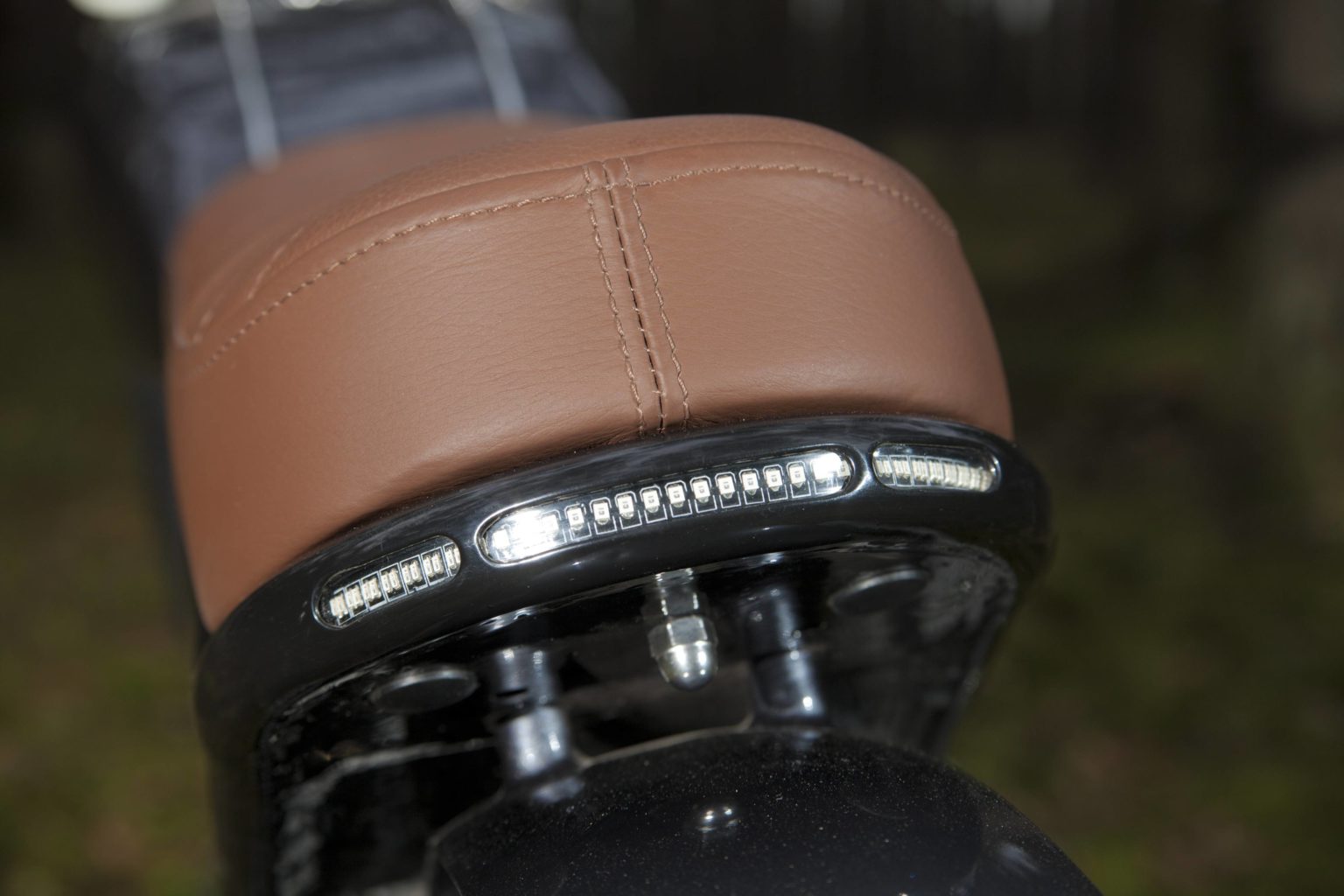 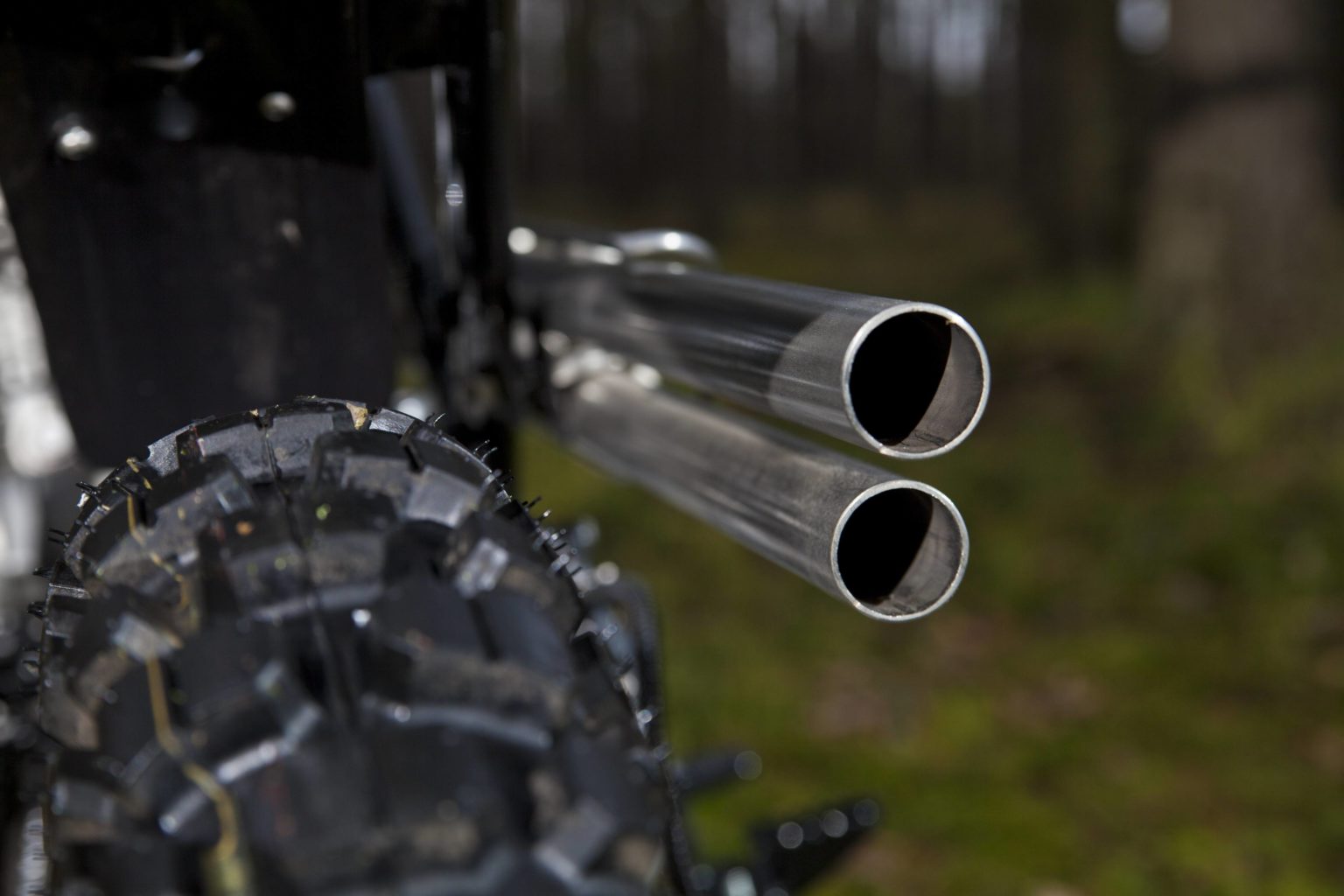 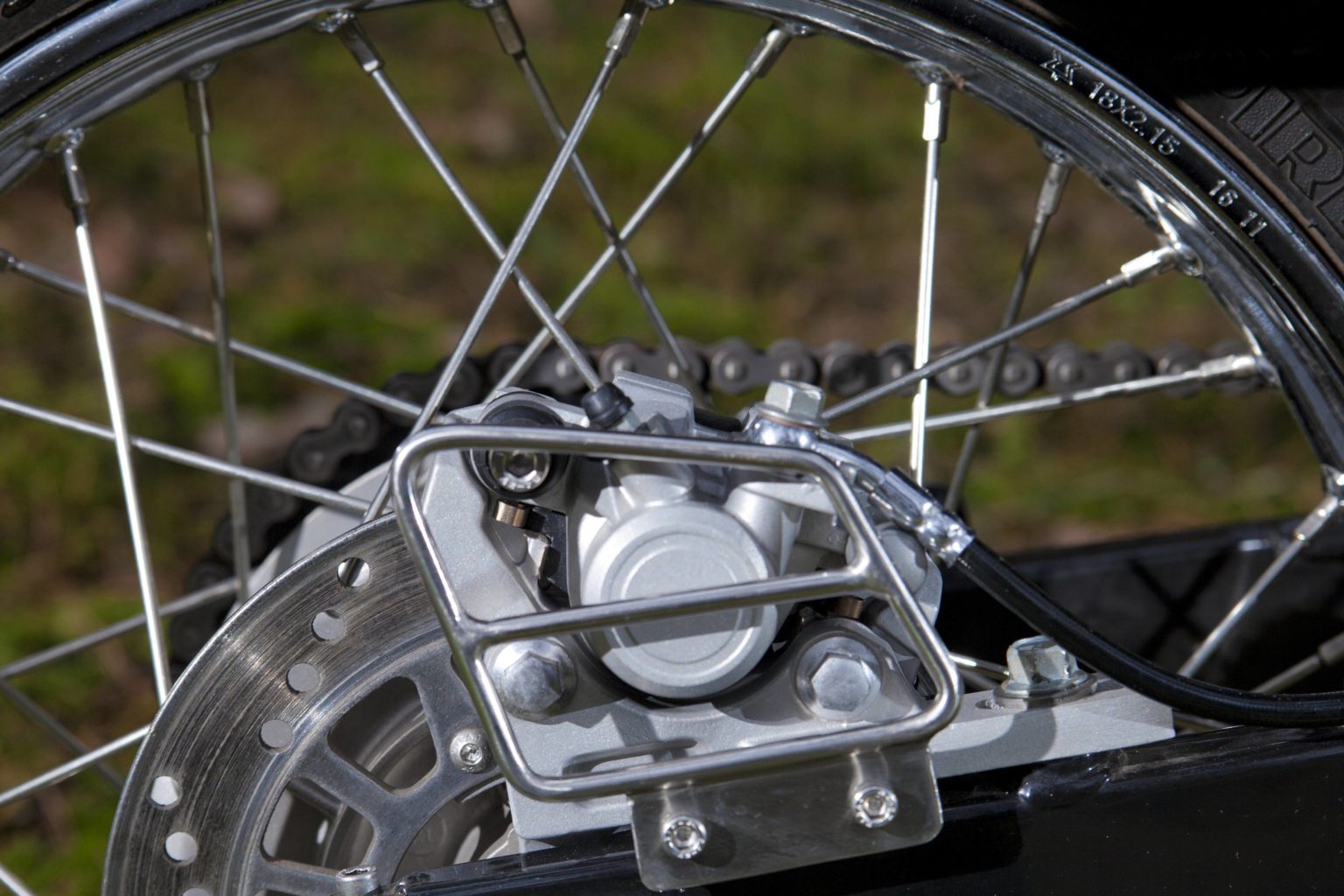