Long, narrow, with characteristic longitudinal* V2 (ok… it’s an Italian bike, so it’s not longitudinal, it’s transverse – as they categorize them the opposite way the rest of the world does). With its bikini fairing over the Aprilia headlight – it was the most majestic superbike of the 70’s. What’s more – it was fast, handled very well and brakes allowed it to stop rapidly.

This flagship of Moto Guzzi was a complete bike. It’s race track origins didn’t stop it from being a comfortable tourer, capable of travelling constantly over 160 km/h. Destined for success?

Moto Guzzi company, located near Lake Como, had a long history of racing victories, innovations – including V8 powered 500cc race bike from the 50’s. They were mostly known for their single cylinder, very reliable bikes. But they started to become more and more successful with the V-twins. They needed Le Mans, released in 1976 to put them in the spotlight of all motorcycle magazines.

The concept was born on the race track around 1971 when they decided to participate in Zandvoort six-hour race. Dutchman Jan Kampen prepared the standard 750cc engine – by increasing its capacity to 810cc. Lino Tonti (Moto Guzzi engineer) who was a co-worker of Jan decided to go further – and raised the number to 844cc.

This final concept entered the 1971 Bol d’Or 24-hour Le Mans. Moto Guzzi led the race for the first 10 hours, but afterwards, a broken rocker slowed them down, so they could finish in a 3rd place. Clearly, Tonti’s idea was a good start.

Lino took the design further. While creating a soon to be a successful race machine, he decided right away to build a road bike based on the same concept. He prepared first designs in 1972 (for Premio Varrone design competition), to perfect them in 1973. The machine was ready for Barcelona 24-hour race. They finished on the 4th place. Shortly after – Lino Tonti was ready with a prototype that could enter production… but there was a problem.

Both Moto Guzzi and Benelli were owned by Alejandro de Tomaso, Argentinian businessman, who decided to block the premiere of Le Mans, so his another “pet project” – Benelli 750 Sei could become the flagship, without any unnecessary competition from the sister company. Le Mans was put on hold. To eventually be presented at the Milan Motorcycle Show in 1975 and enter production the following year.

The biggest innovation was the motorcycle frame line and design. It was basically a “factory cafe racer”, with a very characteristic and small bikini fairing. The commentators described it as “just about big enough to keep the ignition key out of the slipstream”. Motorcycle line was also super straight – tank, seat and a triangle behind the engine – all were very good looking. A signature frame of Tonti, introduced in 1967… setting his stamp on many models after, up to modern releases.

They got everything right – both the styling and the performance. But they wasted a couple of years, waiting for Benelli Sei lose to the competition miserably (inline six’s battle – Honda CBX, Sei vs Z1300) – different story.

The road version had a 90 degree V2, two valves per cylinder, air-cooled 844cc engine, that produced 80 bhp at 7300 rpm. Compression ratio was 10,2:1. 5-speed gearbox with shaft drive allowed the top speed of 209 km/h. Exhaust designed by Lafranconi was very quiet. You can’t say that about the intake – where 2 Dell’Orto carbs were powered by factory velocity stacks. Some riders mentioned that they keep feeling like their knees were being sucked into the engine.

Anyone who had a chance to try a Moto Guzzi motorcycle, knows that due to having a longitudinal engine, with a heavy flywheel and a shaft drive – the bike feels like it’s twisting sideways with a blip of a throttle (BMW R-series riders know the feeling best). You either like it or not, but You can’t deny the bike its character.

Le Mans was fast. Cruising fast, not racing fast. While driveability was way better than the 750cc predecessor, the engine was smoother, delivering the power in a civilized way from the mid-range. Quarter mile figures, unfortunately, were a little disappointing. While the competition was often accelerating faster, where Moto Guzzi showed it’s capability was high-speed cruising. The chassis didn’t have any problem with stability at high speeds, where Japanese bikes started to feel uncertain. The suspension was stiff and capable of handling the weight.

The braking system was twin 300mm Brembo front discs and a single 242mm rear disc. What Moto Guzzi was known for was the integrated type of brake operation. Handlebar brake handle operated the front right brake, while the foot operated both left front brake and the rear one. The reason for that was Moto Guzzi’s tendency to lock the rear wheel while braking. Wheels were 18 inches – both front and rear. The tank had 22.5 litres capacity.

Le Mans thanks to the frame, clip-on handlebars and this famous fairing was the lowest of all the competitors. Making it also one of the most beautiful ones. I’m mentioning this last since it’s nothing surprising… it’s Italian.

2 years after the Mark I (unofficial name) was released – Mark II was presented. The main difference was the front fairing and headlight. And unfortunately… 2 years were enough, Italians decided to start ruining the thing.

The main noticeable difference in the 850 Le Mans II was the front fairing and headlight. The fairing got bigger and the round headlight was replaced with a rectangular one.  It was a result of testing in the wind tunnel, Moto Guzzi had been using for race bikes from the 50’s. The fairing got extended around the cylinder heads, had the turn signals built in and the velocity stacks were hidden better under the bigger side covers (probably Moto Guzzi listened to drivers concerned for their kneecaps).

Engine upgrades included new alloy used in cylinder bores (Nikasil), introduced to smoothen the cylinder bores, allowing to use lighter pistons and smaller tolerances, to help with cooling and reduced engine’s oil consumption. Front suspension got air assisted. And the brake callipers were moved behind the forks.

Engine changes included: revised cylinder heads and barrels had a squared-off cooling-fin design. Pushrods were moved outwards in preparation for the future increases in cylinder capacity. They also revised carburation and exhaust systems, all of which gave an increase in power and torque. Minor changes were made to the rear suspension and to the front forks, with the provision of air-assisted damping.

Le Mans 1000 (sometimes referred to as the Le Mans IV)

Le Mans 1000 entered the production in 1984 and was made until 1993 with minor modifications. The two main production releases were known as Series 1 and 2. The Le Mans 1000 had a 949 cc engine with uprated Dell’Orto PHM 40mm carbs, new B10 camshafts borrowed from a racing model and larger valves.

Rumour has it that it was De Tomaso himself who decided that the Le Mans 1000 will have a smaller 16-inch front wheel so that was fitted as standard. Without proper modifications to the frame, smaller front wheel changed the geometry, resulting in ruining the bikes main feature: high-speed stability.

The new bike was now physically little larger than the lean and low earlier Le Mans bikes due to the design changes. Also, rider position was now more upright. But the performance was better than the predecessor (not much since the motorcycle got heavier).

2 more versions are worth mentioning, but they mainly differed in colours, limited production numbers and some accessories available:

Le Mans 1000 CI 1988–1993 (sometimes called as the Series 3 or Mark V)
The 1000 CI included many updates of the previous version and included a range of colour schemes. It was to be the final incarnation of the line of Moto Guzzi Le Mans models.

Unfortunately, all the generations and “improvements” were too slow. Mark IV was released 8 years after the first Le Mans,  seems not too long, but these steps forward were not enough to stand against the competition. The “high speed” touring was merely a proud remnant of an old era, that didn’t impress anyone anymore.

Everything began as an amazing, destined for a success story. A stylish and minimalist café racer, built around a solid engine and a race track background. The bike had its flaws: complicated braking system, that the rider had to get used to, the gear-change has been criticized as being perhaps a bit rough, but it was built well and showed great reliability.

The name itself: “Le Mans” already tells the purpose of the bike

It’s not a sprinter – it’s an endurance racer. At the time the longitudinally mounted engine gave the Moto Guzzi a personality like no other, American, European or Japanese bike had. But Le Mans, through generations got uglier and heavier, without delivering any promise of performance upgrade. And upgrade that would stand the test of time.

Plus when You look at the Mark IV – You don’t get to see the iconic Tonti frame.

No wonder that today the Mark I is the most searched for. And I really hope that sometime soon – Moto Guzzi (who seems to be in good health recently, feeling comfortable in their niche on the market) will revive the name with a properly retro looking line… and this cool original fairing. 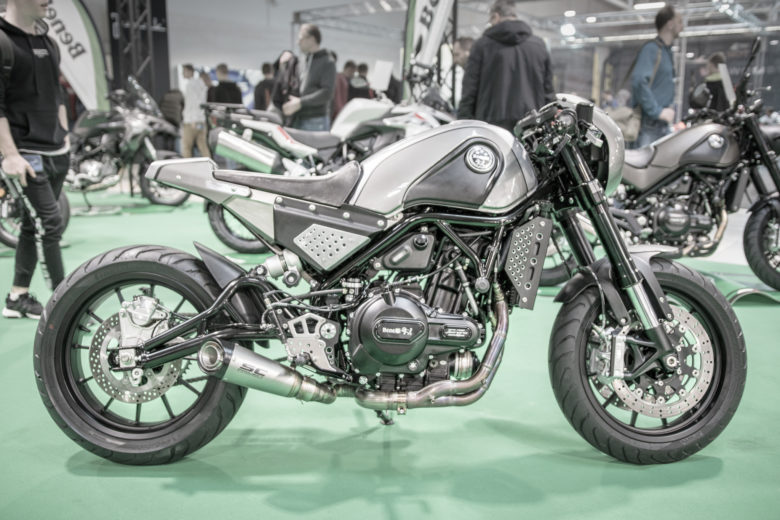