Located in L.A. area, Kott Motorcycles released tens of custom motorcycles to date. Many of them were published on the biggest blogs. Their styling is very flexible and the range of donor bikes they work on is wide. Somehow I’ve never featured any of their builds. It’s time to change that.

From a large list of builds to choose from to feature. 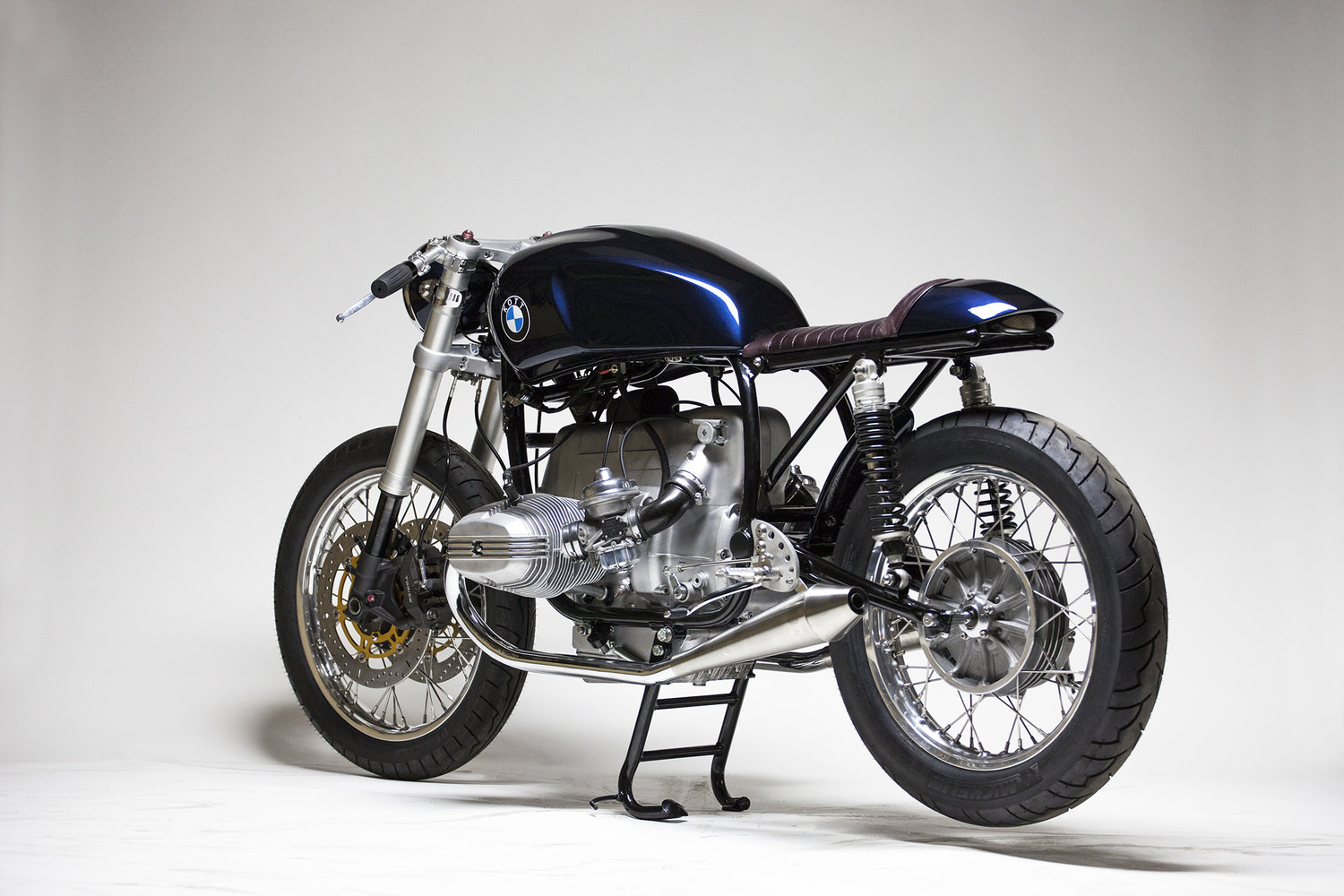 This was actually the first time they modified the R100 model. And I wanted to show it – because of a unique tank.

They bought a decent donor bike and started to explore the unknown.

As with every machine that comes into the shop we approach the motor and fuel delivery systems first. The BMW motor was disassembled and quickly outfitted with new exhaust valves, rings, charging circuit and rotor. The original starter motor, which is about the same size as the one on my 1966 Ford pickup, was replaced by a new lightweight version that could still be cranked over by a battery that is literally a quarter of the size of the stock unit. We wired the bike from scratch and with the new high output stator and Reg/Rec unit, we were able to resolve the underperforming charging system in order to make this a much more user friendly machine. 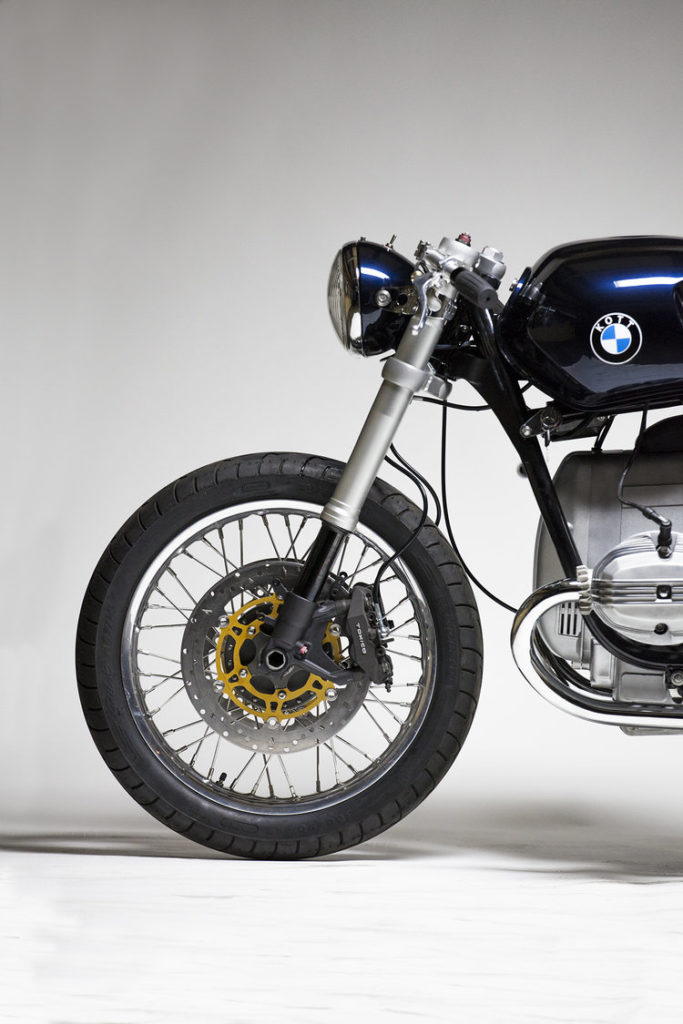 Next – came the ride quality and position. The front end was swapped from GSX-R. Triple trees and the front hub were custom-made by Cognito Moto. The tank choice is quite surprising. I don’t think I’ve ever seen an old R-series with an XJR tank. I don’t know if I like it – it seems to fit the heaviness of the engine from the profile, but definitely works when looking from behind. 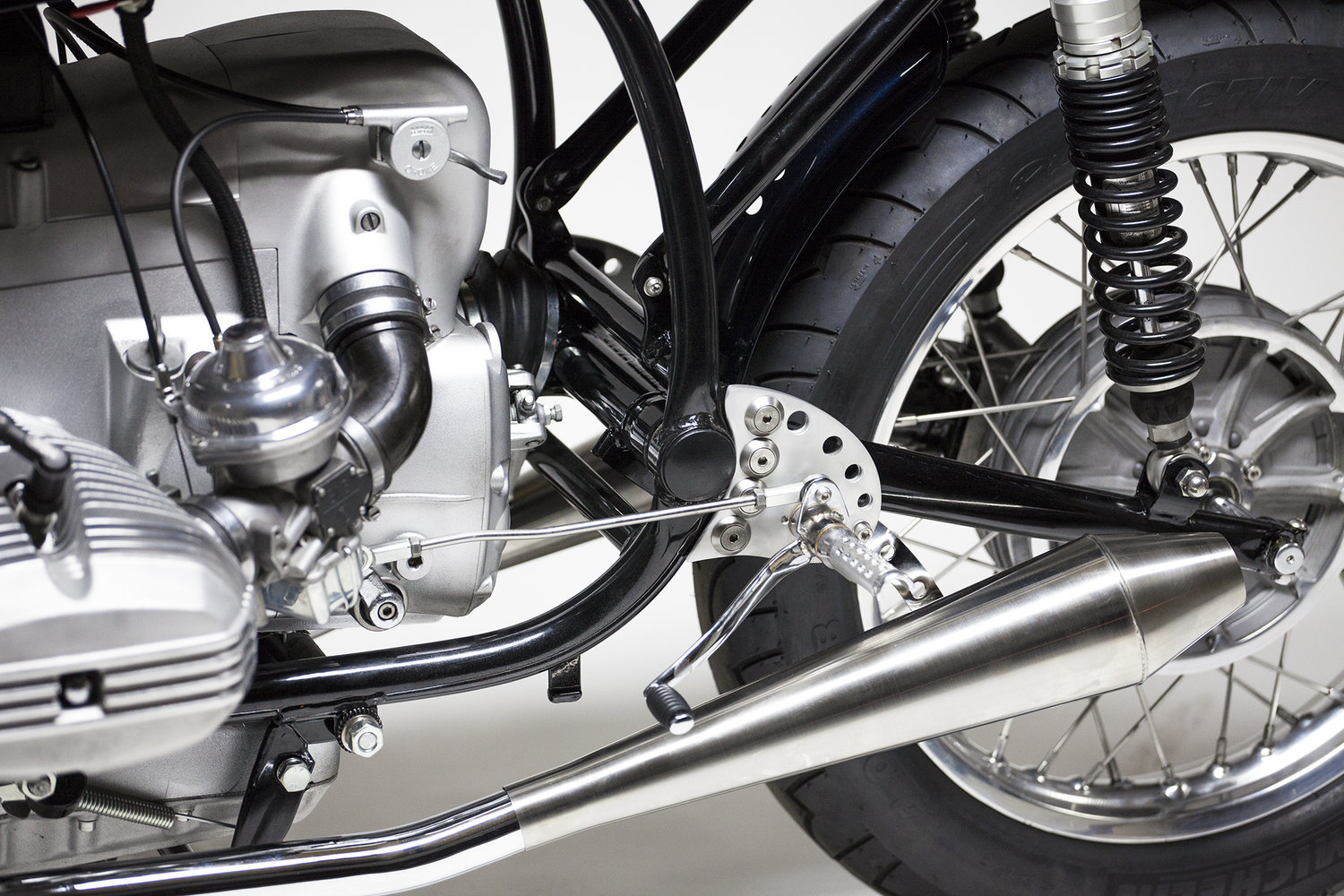 The rear section frame is straight and simple

Similarly, the tank is complemented with a custom-made and simplistic tail and seat. Furthermore – spoked chromed wheels substituted the stock mag rims. They always give the machine some vintage vibe and lightweight stance. When talking about vintage – You can’t overlook the exhaust pipes. Clean and simple megaphones. 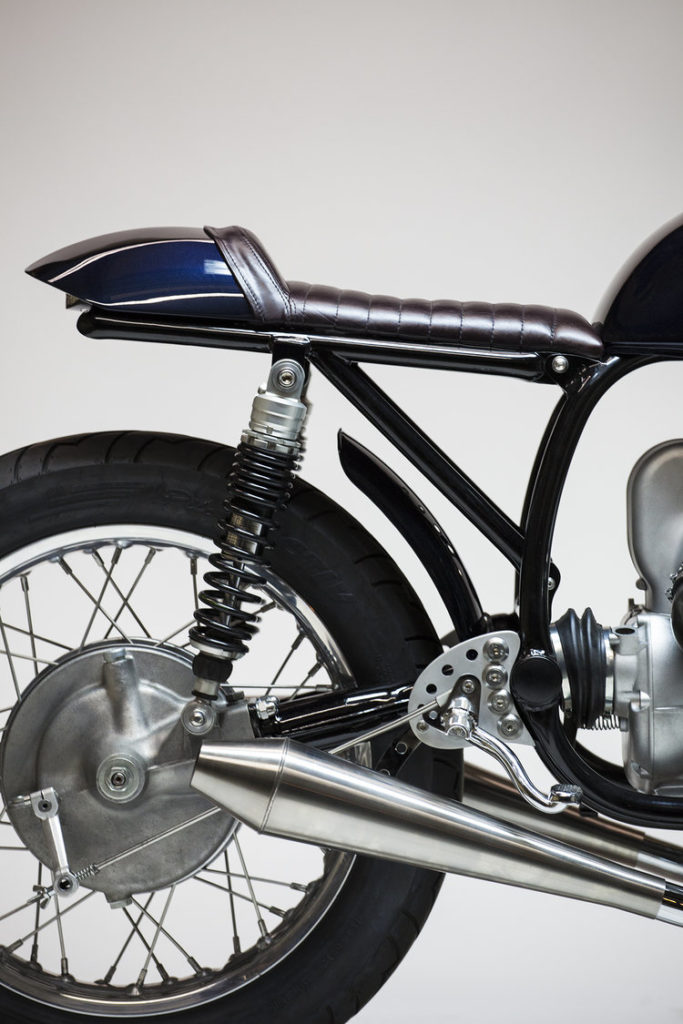 Consequently, one colour paint job was chosen on top of that… And the result is the general look of a cafe racer. Pure and simple! Clip-on handlebars, with retro grips, were mounted on the modern USD forks.

The overall line puts the tank top as the tallest point of the build.  It doesn’t have mirrors, probably there is no instrument mounted. But certainly, it results in one of the cleanest profile of all R-series builds so far. 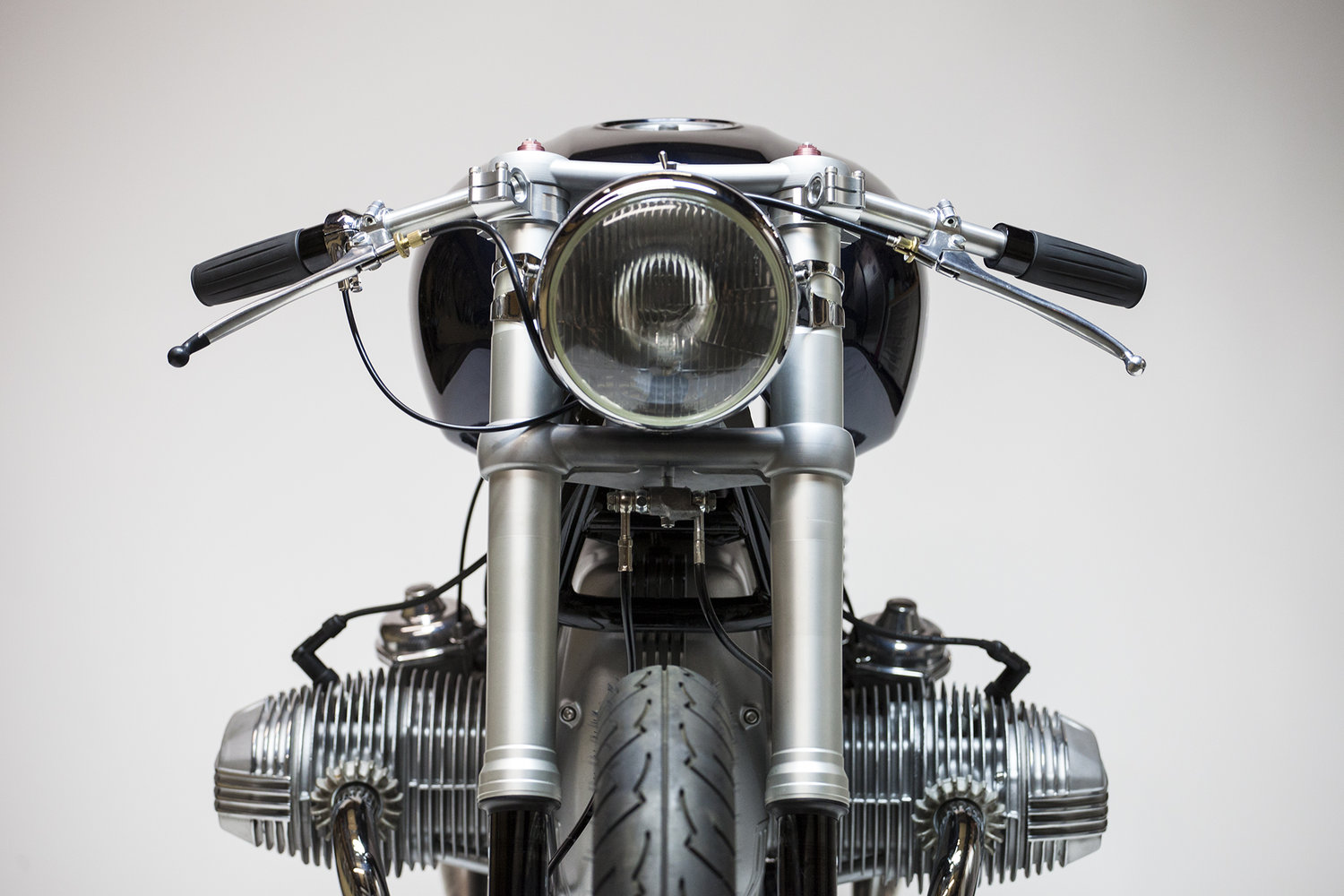 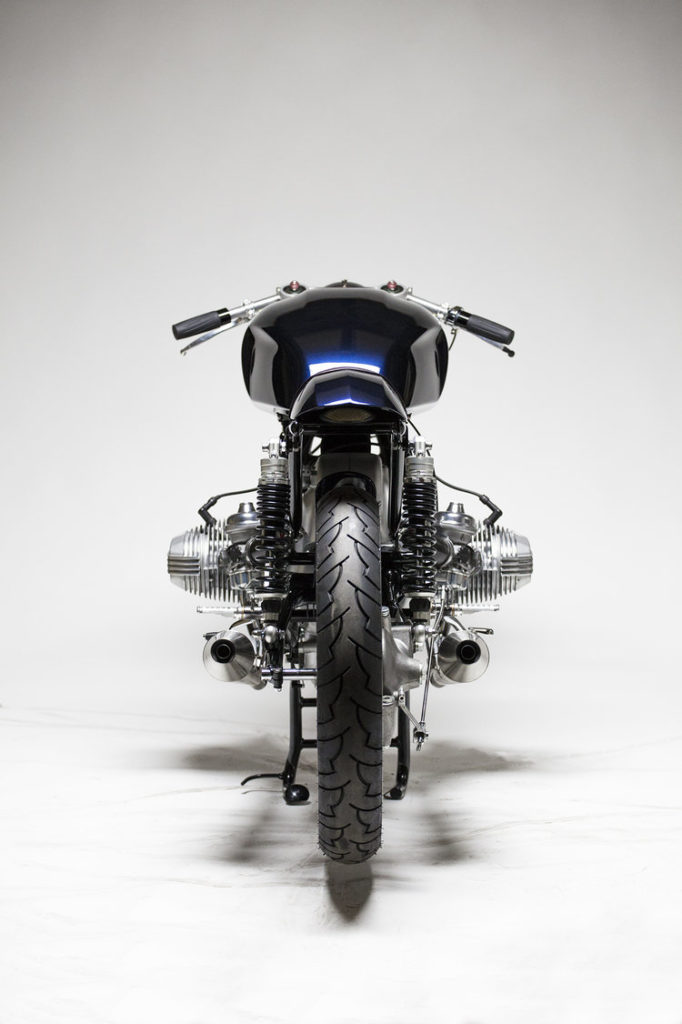 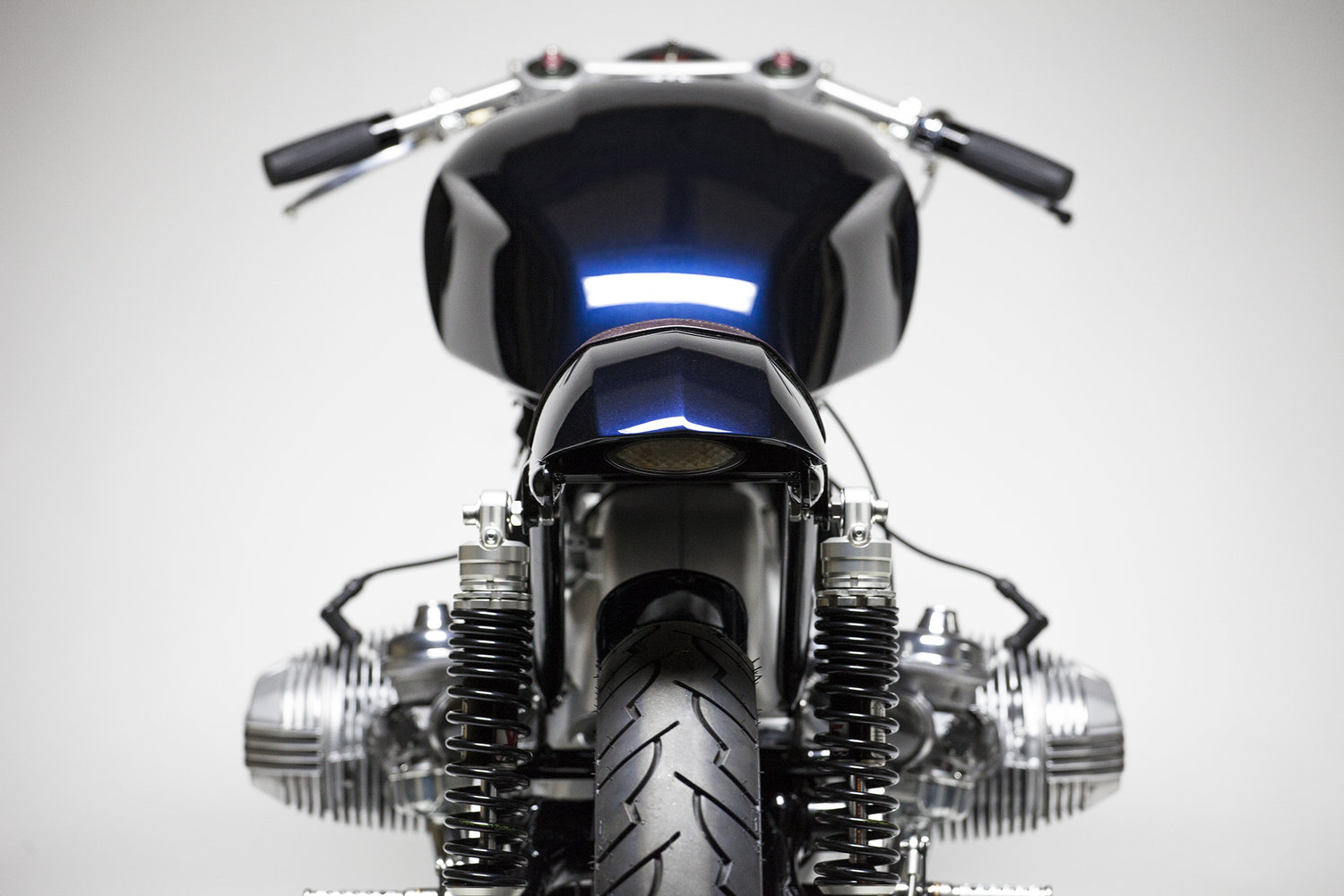