About a week ago I featured Suzuki Quintessence build from Cardsharper Customs (which AFAIK is still for sale at the moment of writing this post). And now they’re back again, with another unique build. This time it’s “the brick” – BMW K100 “Camouflage”. 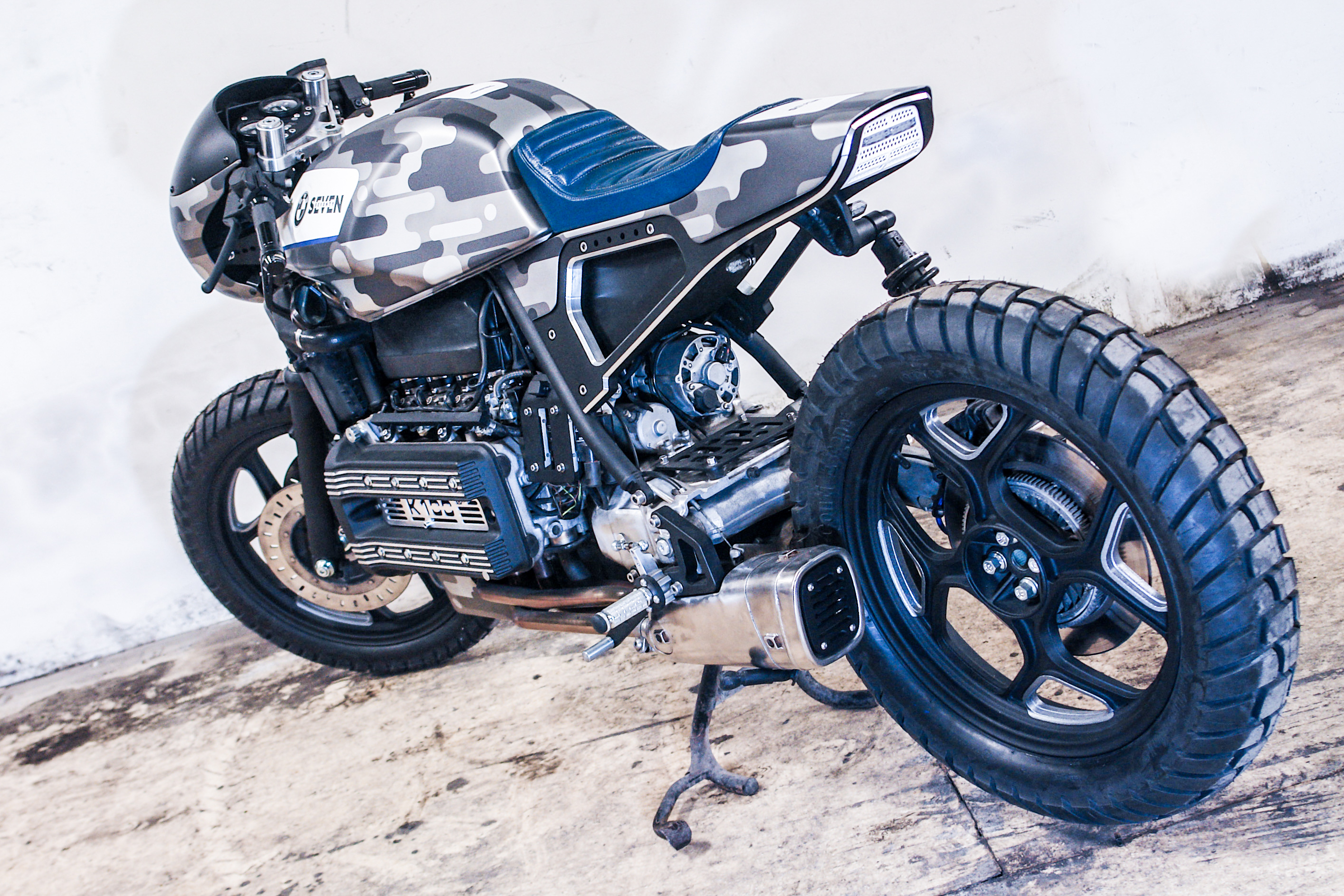 Somehow this small workshop manages to surprise with something in every build released. Another of their builds is also featured on my Top 5 GL1000 list from last year… and looking at the link click stats – it’s the most popular one in that post. This kind of proves that aesthetics and design skills of Carsharper Customs hit the sweet spot on what people like. 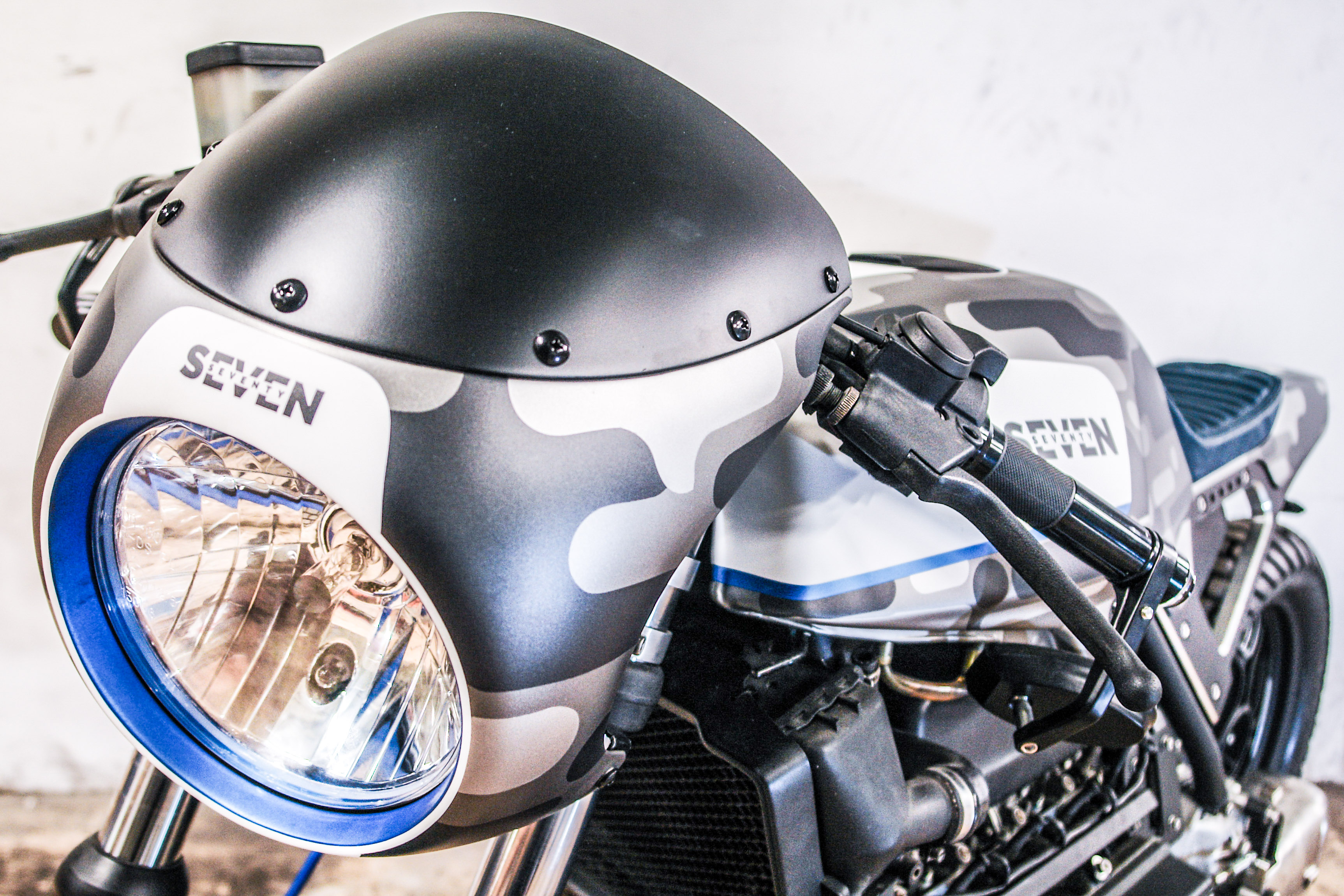 – is a trap when You are building for a client. As working with what is popular often means repeating a pattern that everybody knows works (as this base quite is popular)… At the same time, it might cause losing the individuality in the process. But it’s not the case with this build. I’m really glad that the client trusted the experience of Cardsharper Customs and risked some unconventional design pieces. 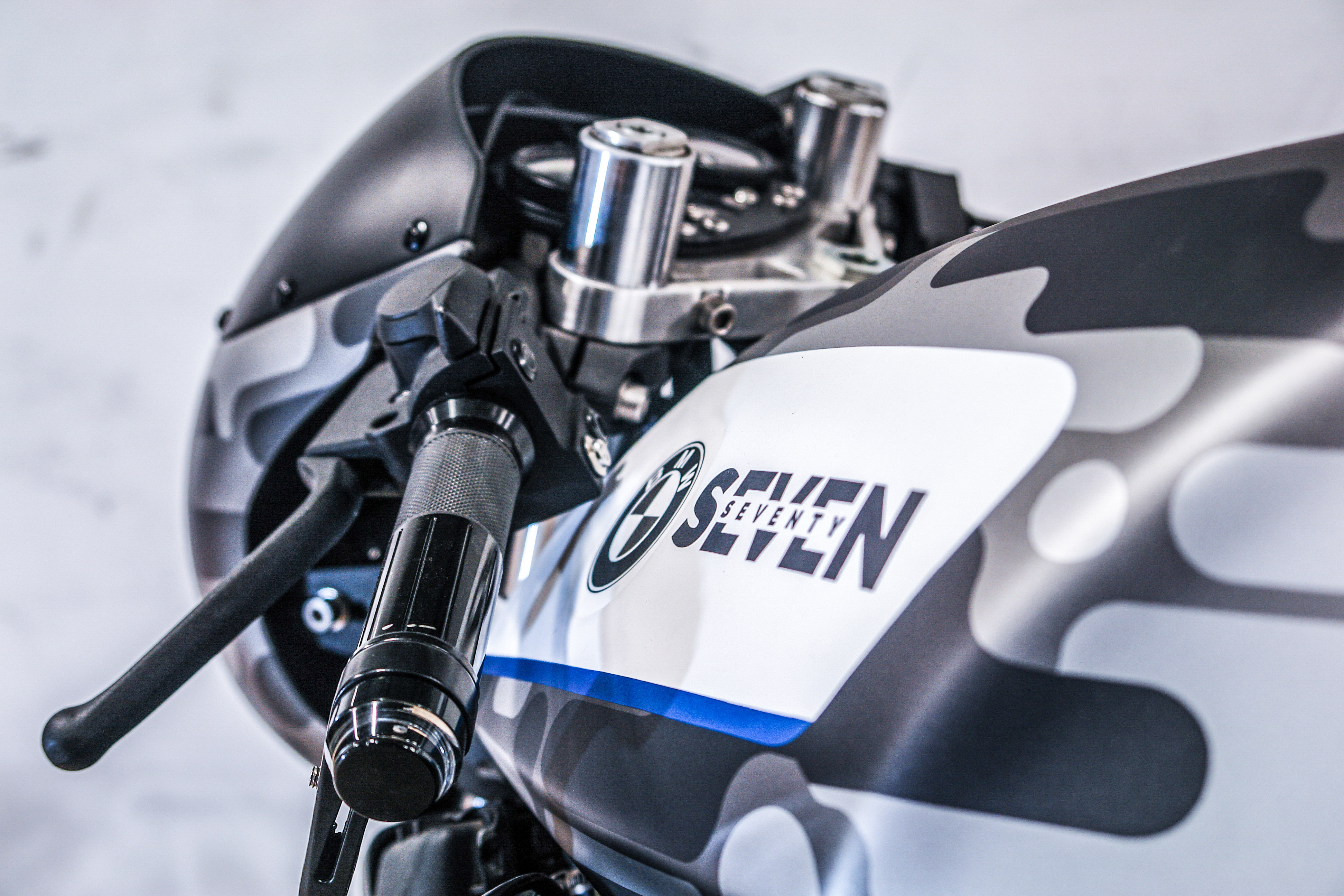 What I like about their work – is that they always manage to build something unique. They… Well, I should be referring to “him” – as Cardsharper Customs is currently one man – Jacek. Designer and fabricator of parts.

Back to the unique thing… Yes. In modern days, where any motorcycle released, anywhere in the world is immediately accessible to admire (or the other way – criticise) by the rest of the planet – it’s not easy to build something new. Especially when You choose such 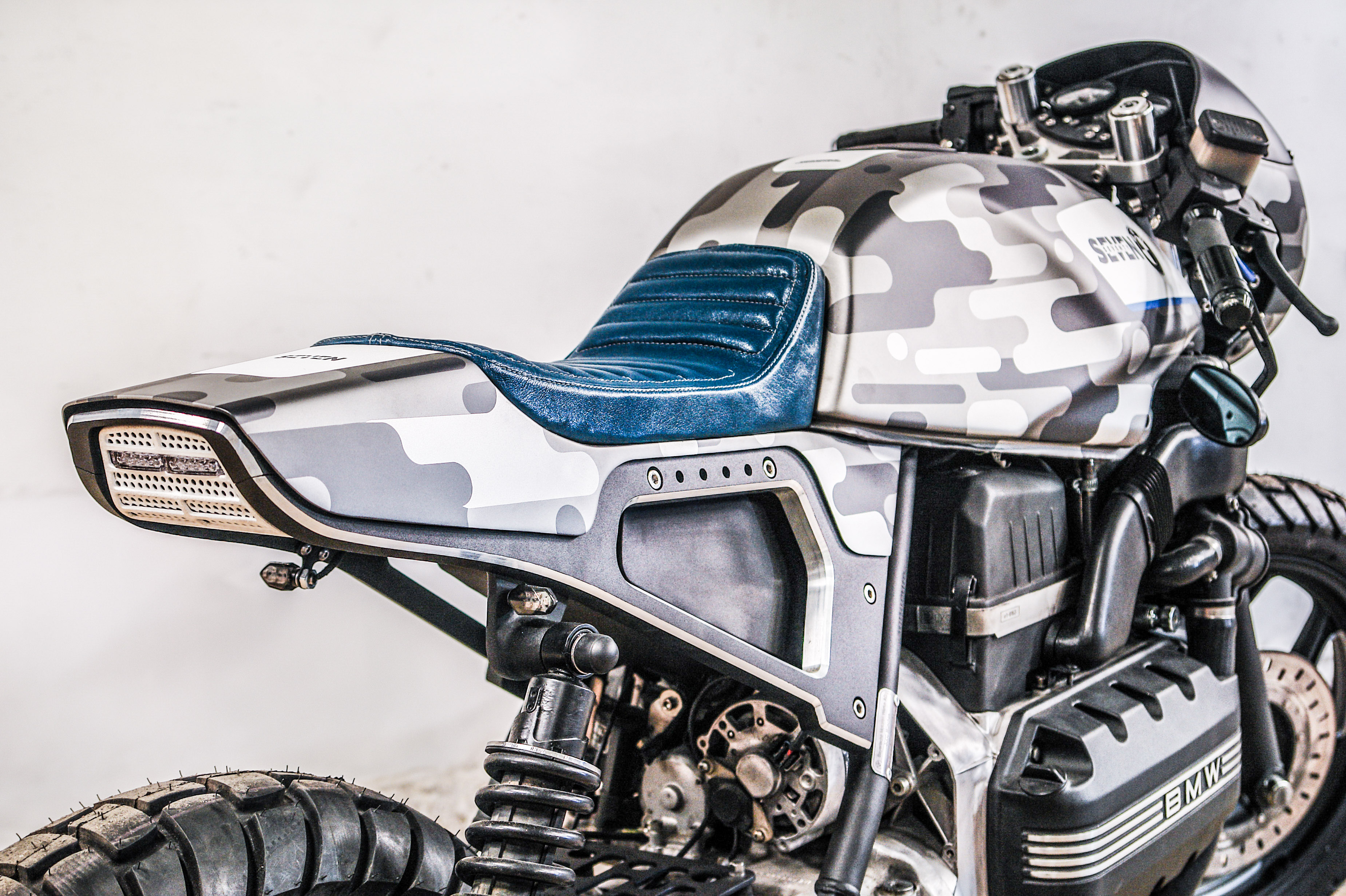 The rear part of the frame – is obviously redesigned: it’s a steel tubes construction – covered with flat aluminum panels – designed to match the general lines of the tank, the proportions and the paint job. It’s shorter than the original and purposely the seat line is high, as the client is quite tall. So the design blends nicely with the functionality. 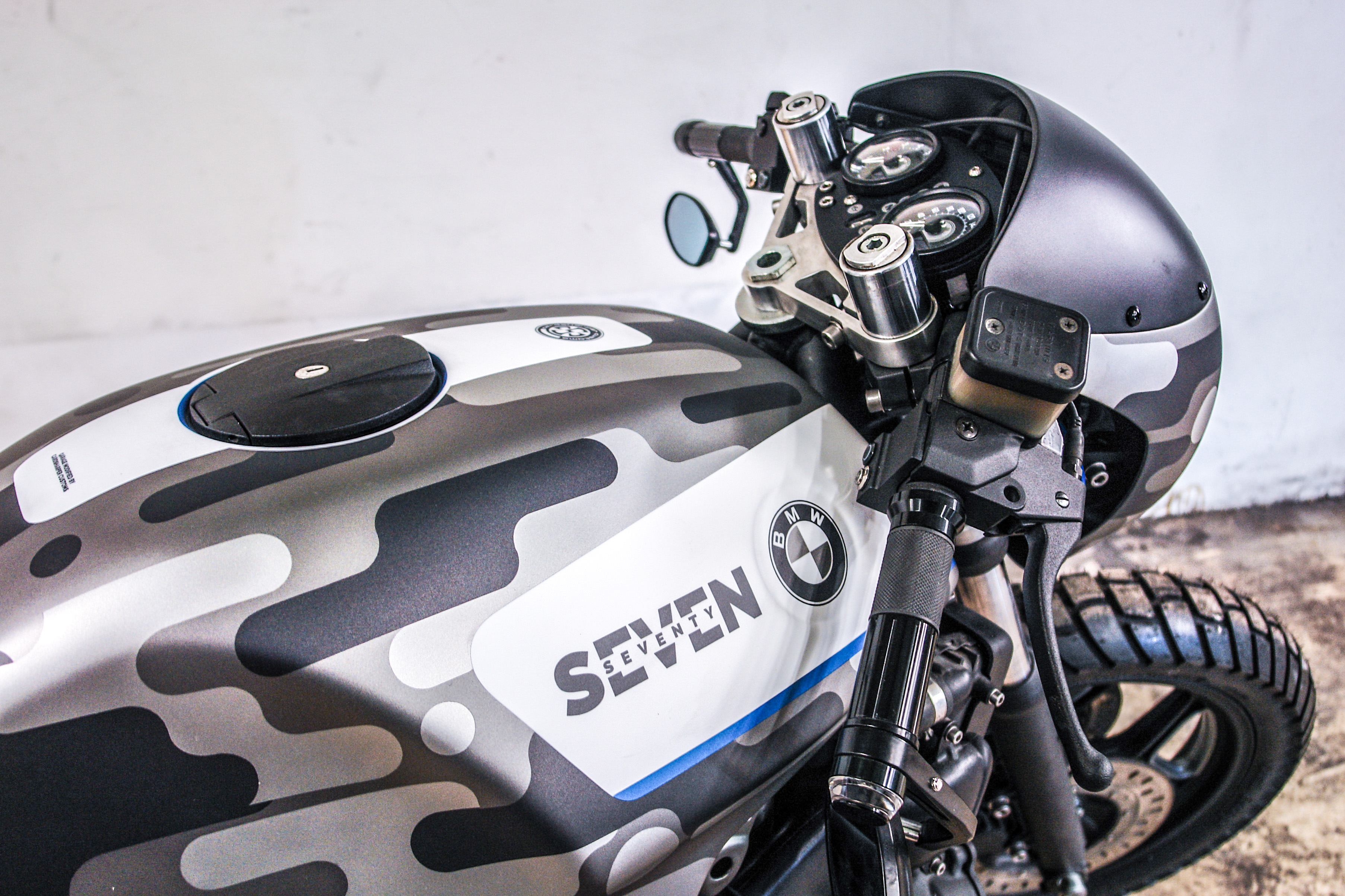 The paint job is a thing worth mentioning here. As what You see on the photos is obviously the source of the name. But I saw many builds that this kind of “patchwork technique” is often used in some low budget project to cover the faults and done poorly. It’s not the case here… This is some quality pattern with a tasteful color choice. And it not only looks cool, but it also covers up rather bulky design and complicated bottom line of the tank – makes everything more horizontal. 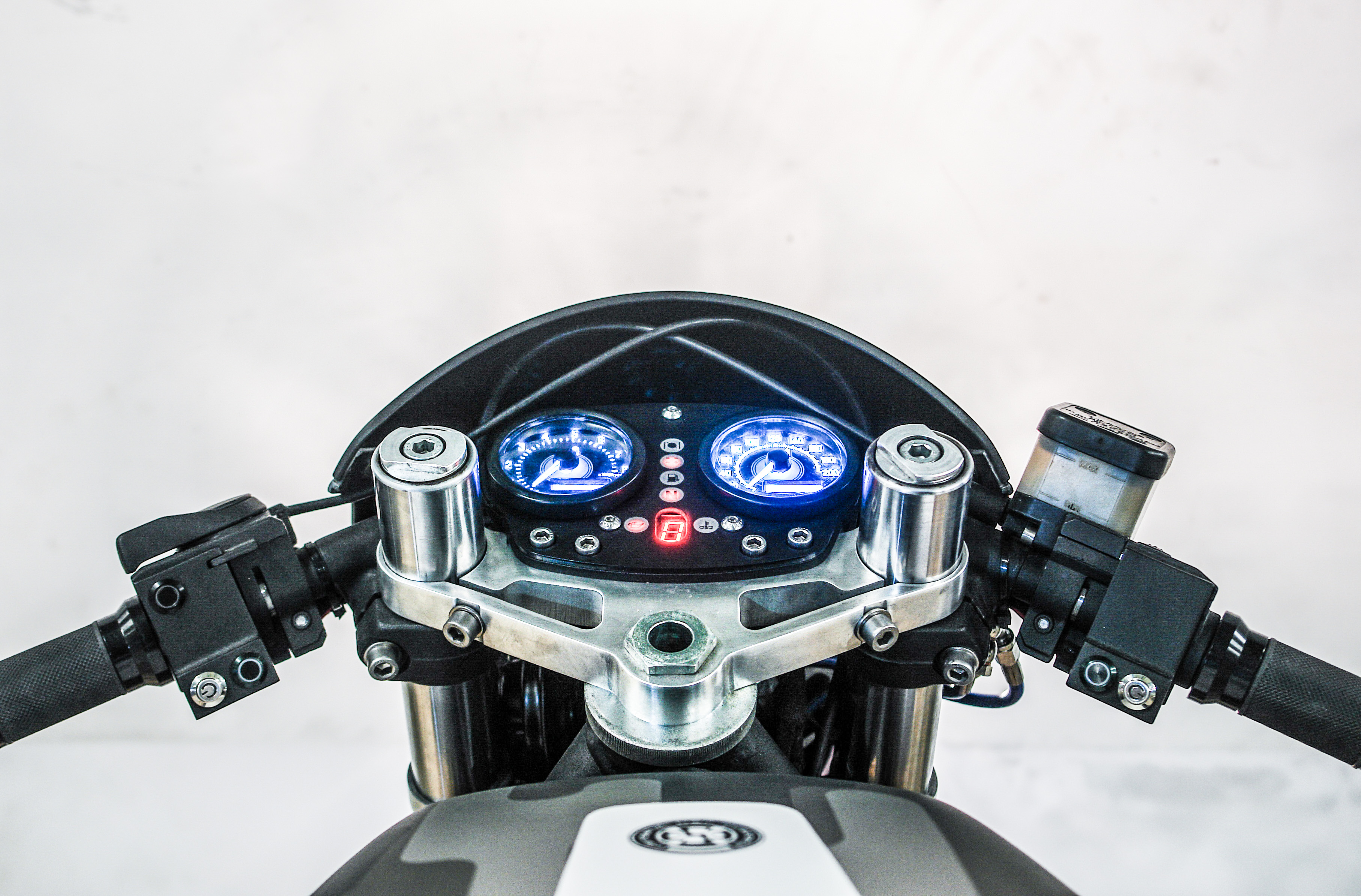 Other details worth mentioning. 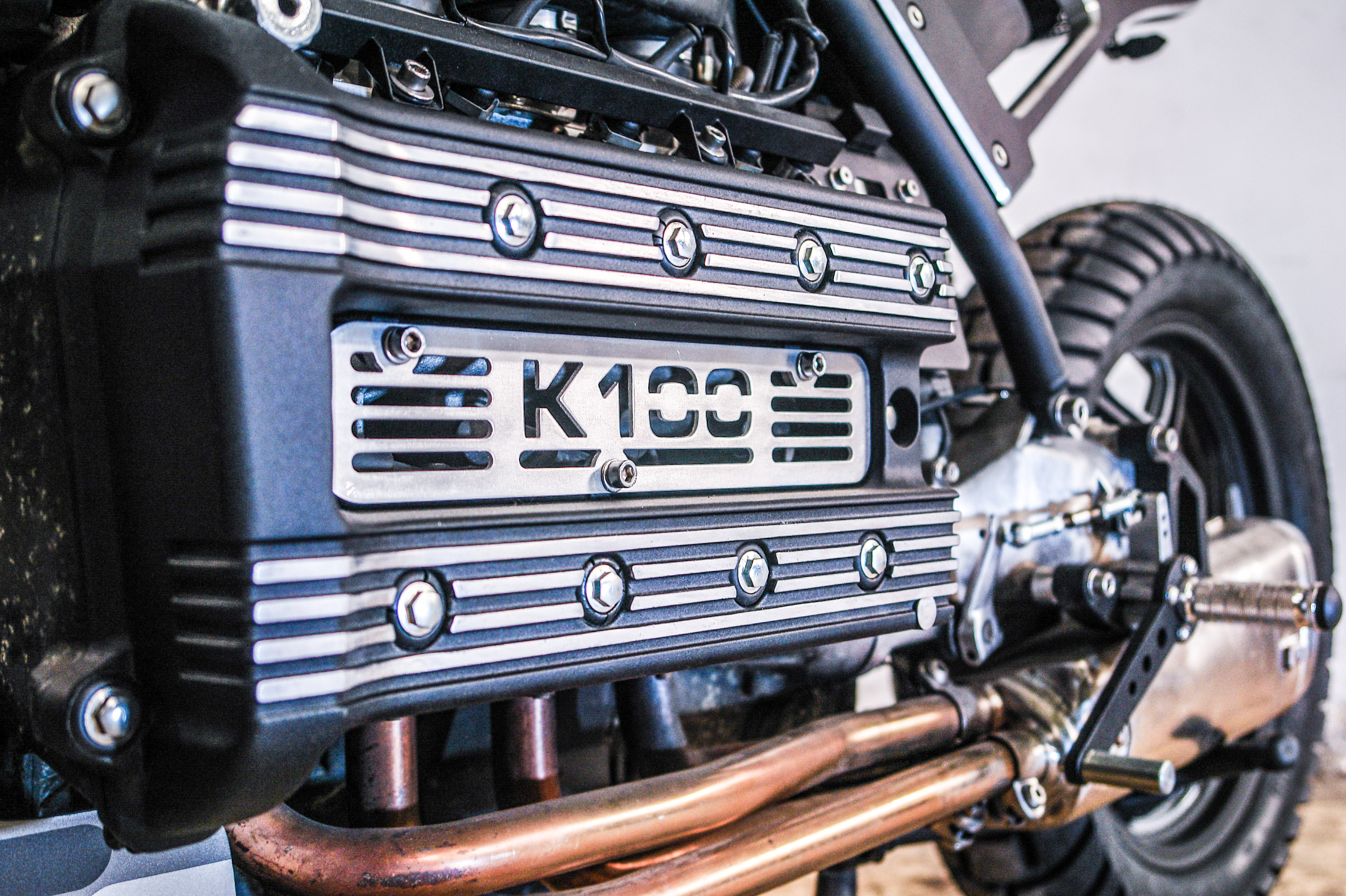 There is a lot to like in this build.

What I would do differently…

I would put some fenders on 🙂 And also – swap the front forks. I don’t like the aesthetics of the brake calipers with the discs of the original ones. And USD would fit heavy looks of K-series better. I know that Jacek would agree on this with me… But – You can’t have it all. It’s always a compromise and the budget to handle.

Oh… and one more thing – fuel cap. I’d definitely go with something metal and polished. 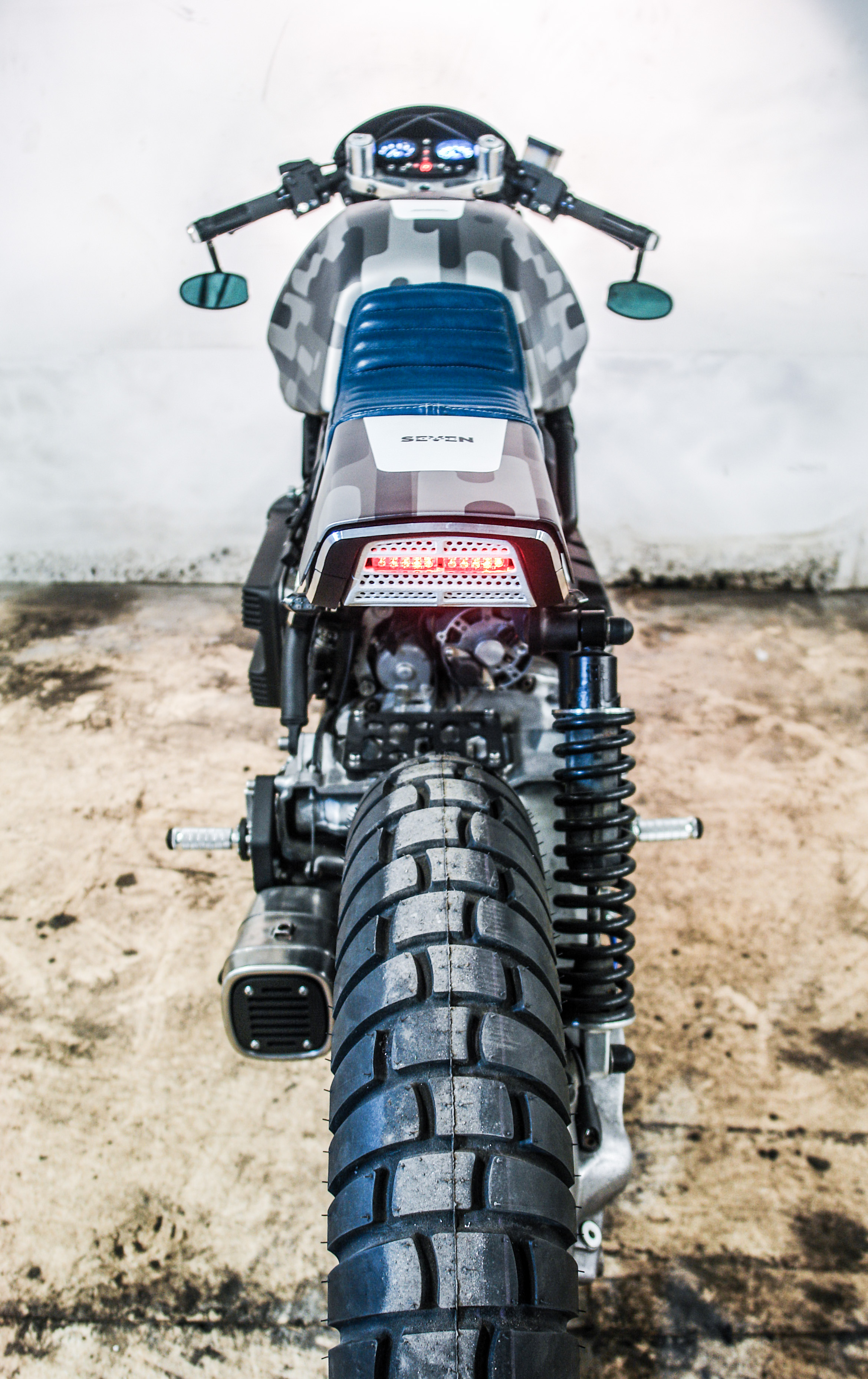 But in general – it’s almost a perfect build. I hope to meet the new owner of this K100 on the road this season!