Norley… If You didn’t already know – is a mix of Norton and Harley motorcycle. In this case – the motorcycle is Norton, and the engine is a 1200 from a Sportster. I think there is some old fashioned vibe to it – Norton is a legendary British brand, that played a significant role in a cafe racer origins… V2 by HD is a nice addition from a legend brought to life on another continent.

Of course there are bits of other components – like Ducati 1000 front forks, Dyna coils, Supertrapp exhaust.

Generally I think it’s the first post ever to include a Harley Davidson motorcycle (well, at least a part of it). Let’s make it a great bridge to start posting more HD based Cafe Racer builds… Especially considering that Harley cannot allow themselves to battle the cafe racer scene with a “classic” custom approach – as their customer base is getting older – You will probably see more and more of naked bike versions from this legendary brand.

Being a cafe racer / classic street tracker, more than a chopper / bobber guy…

I look forward to what’s about to come 🙂

Enjoy these nice photos for now. And read more about this (and other) Norley motorcycles using links below! 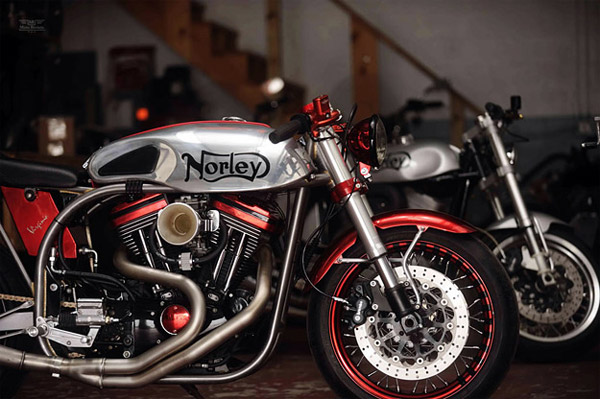 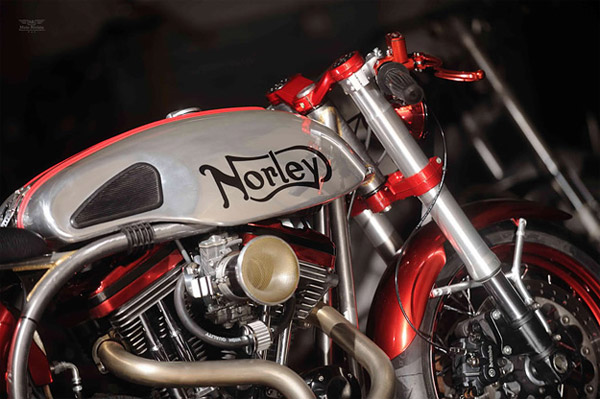 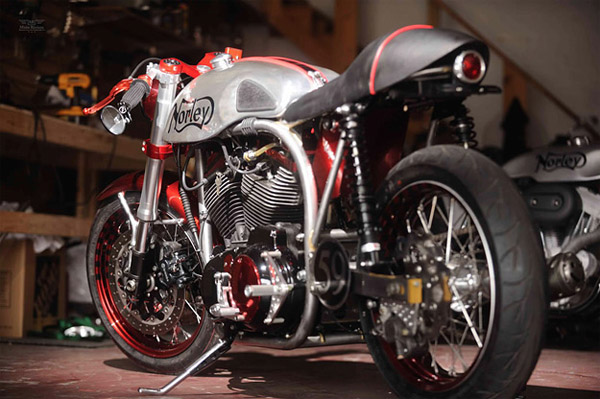 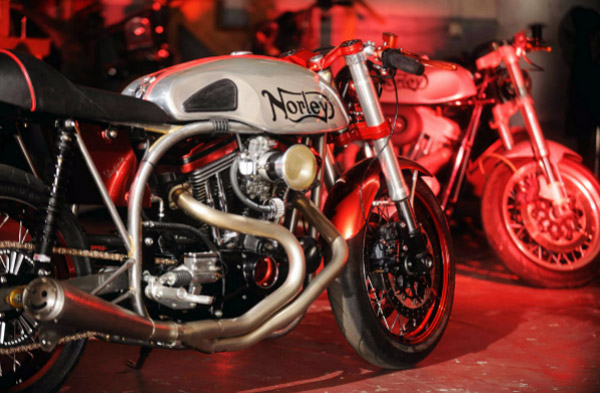