I was just about to feature a Ducati build. Based on a Monster donor bike, with a vintage vibe and candy looking paint and stylish titanium exhaust. As it was a build based on a really fast version of the legendary naked bike by Ducati… and it doesn’t even come close to what I bumped into while browsing. 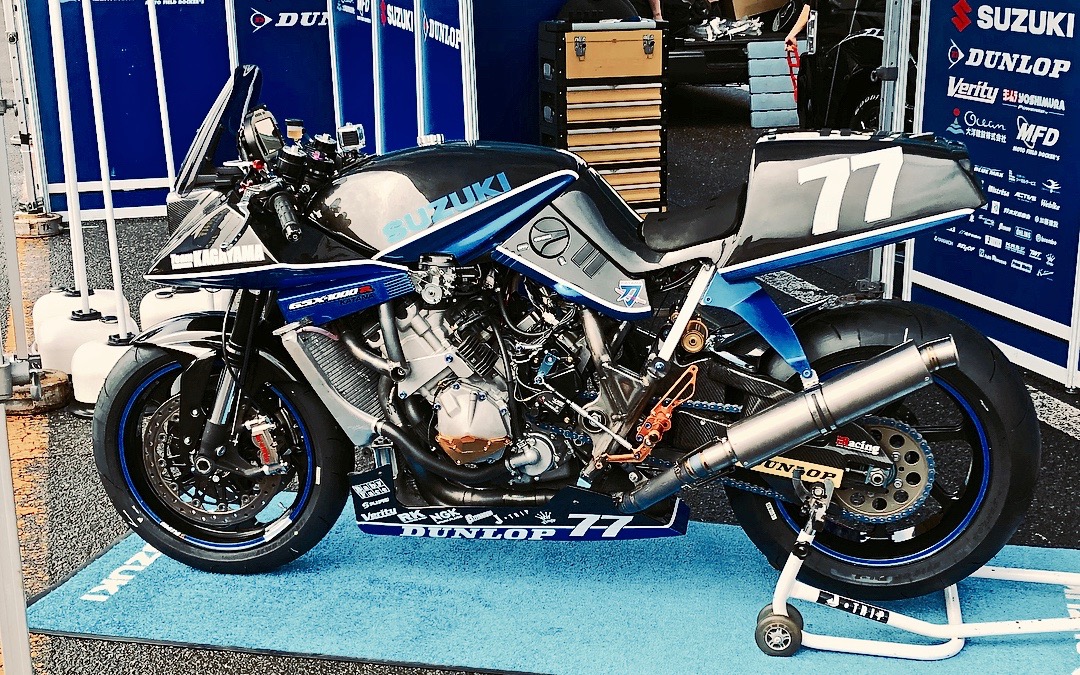 So let’s leave “the gentleman bikes” for a moment. All these good-looking, old-fashioned, custom racers that are very often built for display. I’m not saying that this is a bad thing – to have a beast for the streets, that looks stylish on top of the performance bodywork.

But this motorcycle is entirely different level

This is a GSX-R1000 dressed as the original Katana from the 1980’s. Team Kagayama built it based on a 185 bhp Gixxer, based on a custom-made steel frame (steel, not aluminium), engine as a stressed member. Every single piece of this motorcycle was designed and built for performance. 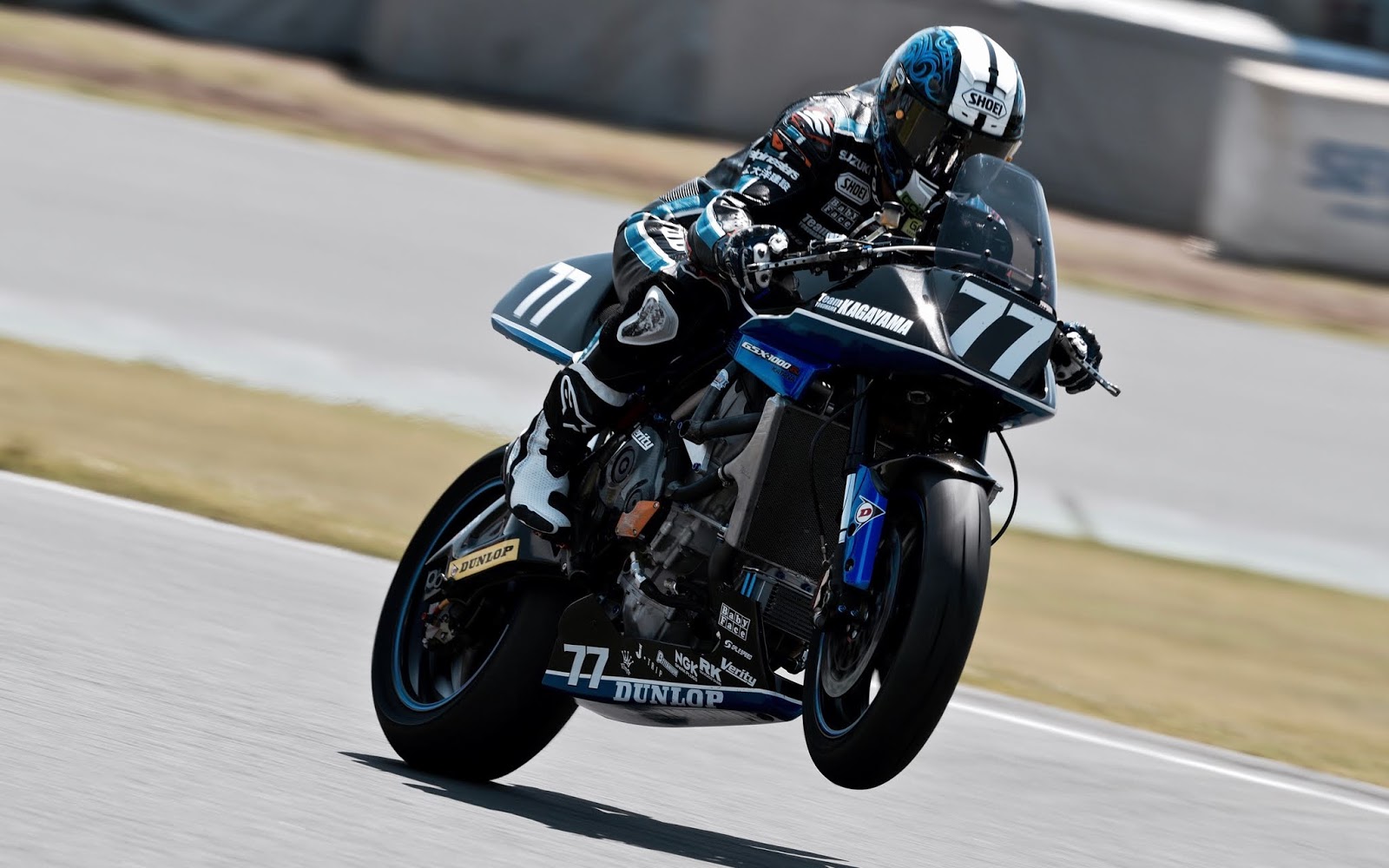 As it looks brutal and adequately race-ready, it doesn’t have much to do with the original Katana, besides the stylish backbone (tank, seat and fairings), which are only a resemblance of the original components as these are made of carbon fibre.

I don’t understand the Japanese in many areas – but I really appreciate their taste in bikes. As the Katana had a moderate success where I live, or in any surrounding countries – it became a legend in Japan and UK. 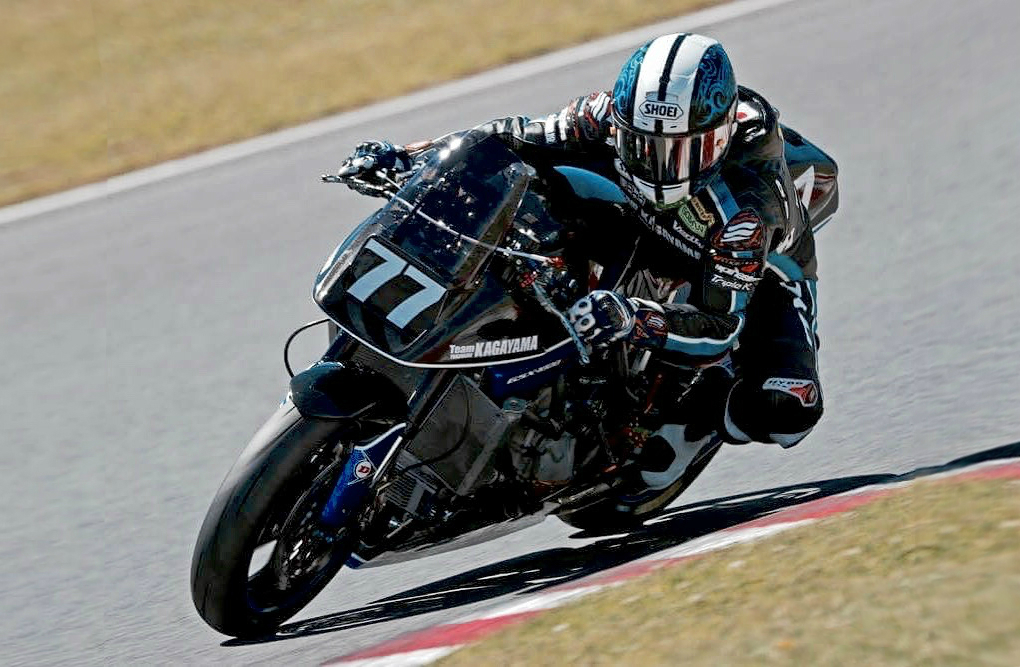 About the Katana. It wasn’t only about the controversial looks. When GSX1100S hit the streets in 1980 – Suzuki claimed it was the fastest production motorcycle in the world. This one is way faster 🙂 I love to see that last year Team Classic Suzuki revived one (completely, staying close to the original) and now this… Don’t You just love this type of classic nostalgia?

I had to feature it. Sorry, Ducati.

I also hope that Suzuki will wake up and deliver a proper successor that’s rumoured to come. Don’t mess this up Suzuki!

Here’s a short clip from the event.

And some more photos. 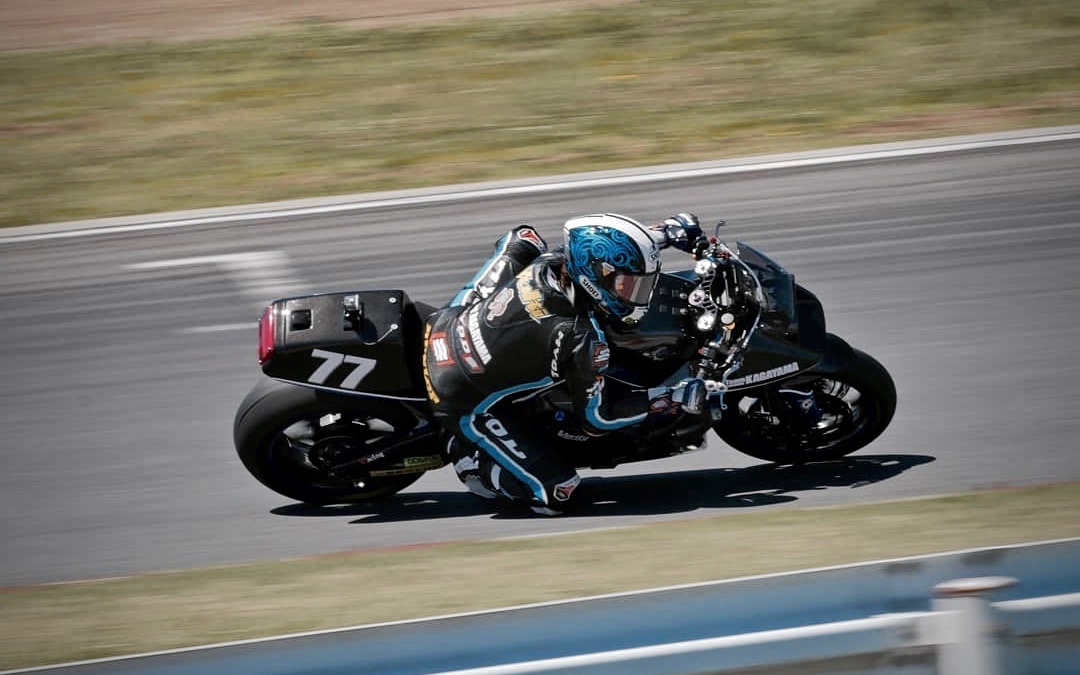 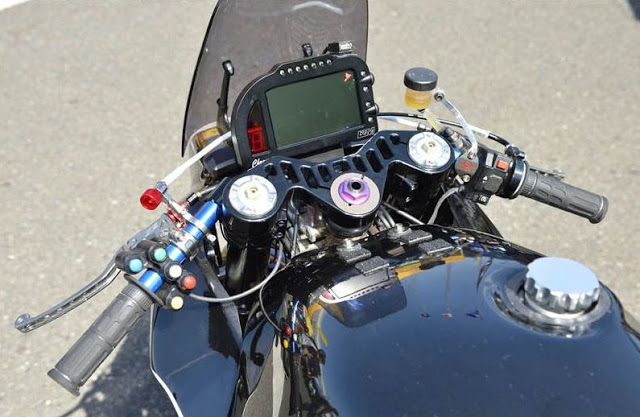 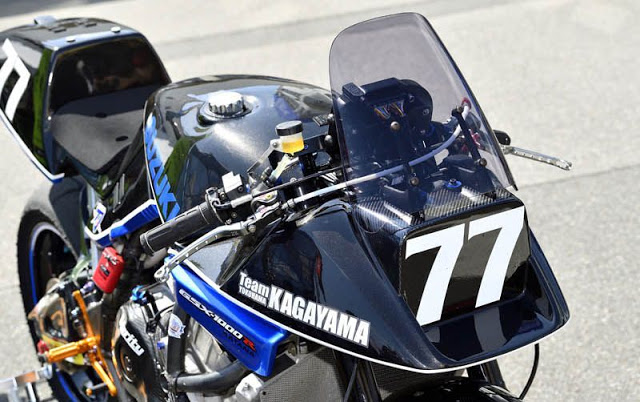 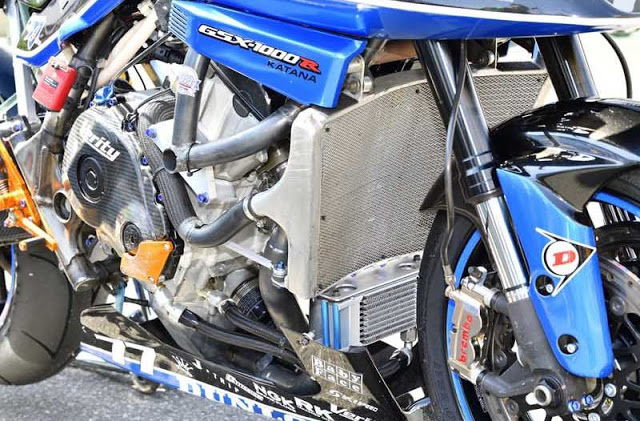 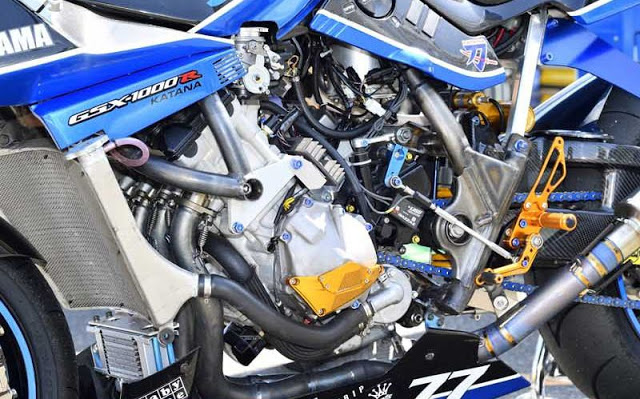 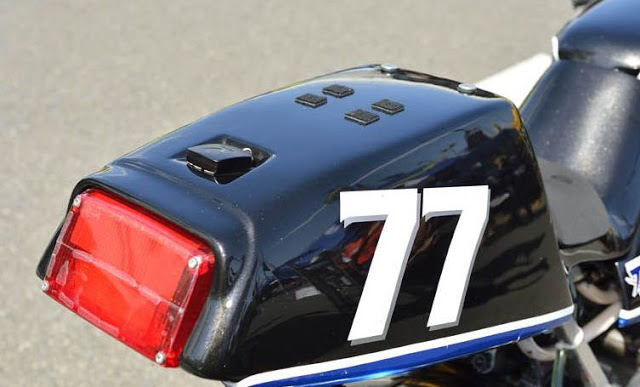 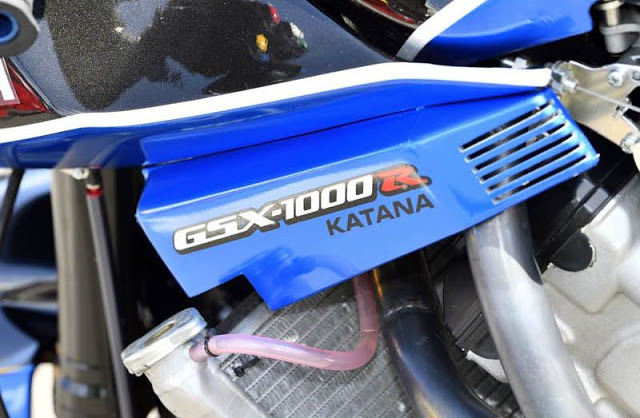