First Yamaha VMax on this blog. How did this happen so late? Well… The reason is quite obvious – a machine that is a legend, a segment of its own. The bike that has almost a cult following… And it’s been around since 1985… Is not often customized and even if it is – it doesn’t join the Cafe Racer / Scrambler segment easy. But since we are experiencing a renaissance of custom motorcycles – all various donor bikes get modified in any style available… their small numbers are growing. 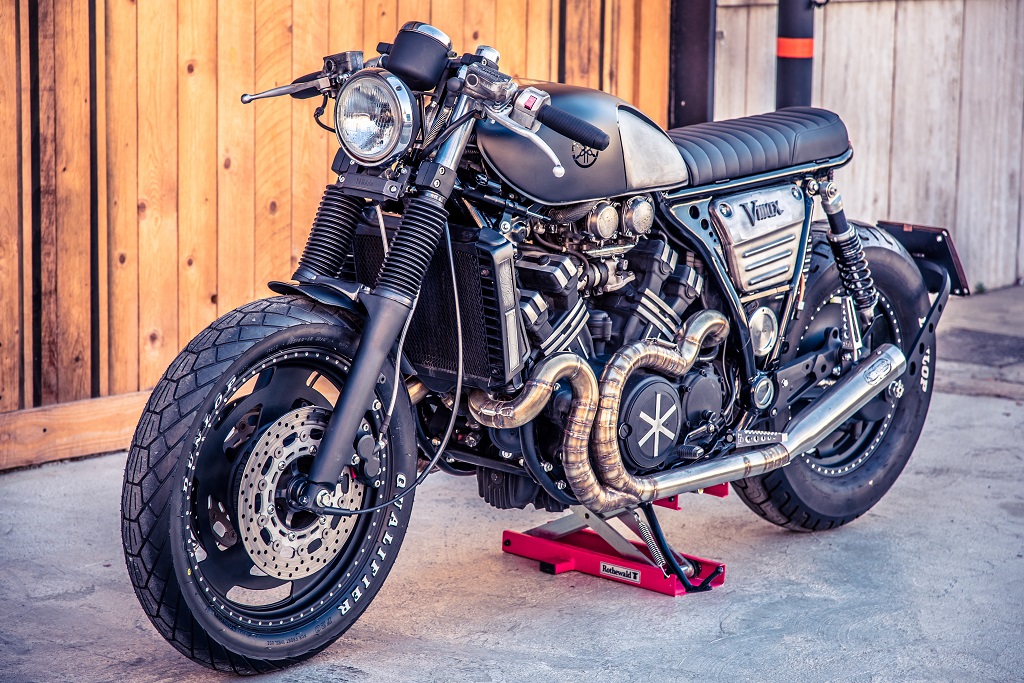 Like this VMax 1200. It wasn’t easy, but it was redesigned to be a “Brat” (closest segment regarding the style, called Street Racer by the builder). The donor bike itself is a material for a completely different story. For the purpose of this post – let’s just compress the info. This is an early VMax version, where its V4 engine outputs about 145 bhp. It’s a very difficult base to modify in the direction of a UJM. Requires a lot of work and heavy frame mods, considering that the tank is placed under the seat it’s no wonder that there is not many of them modified. But when they are – they always make a statement. 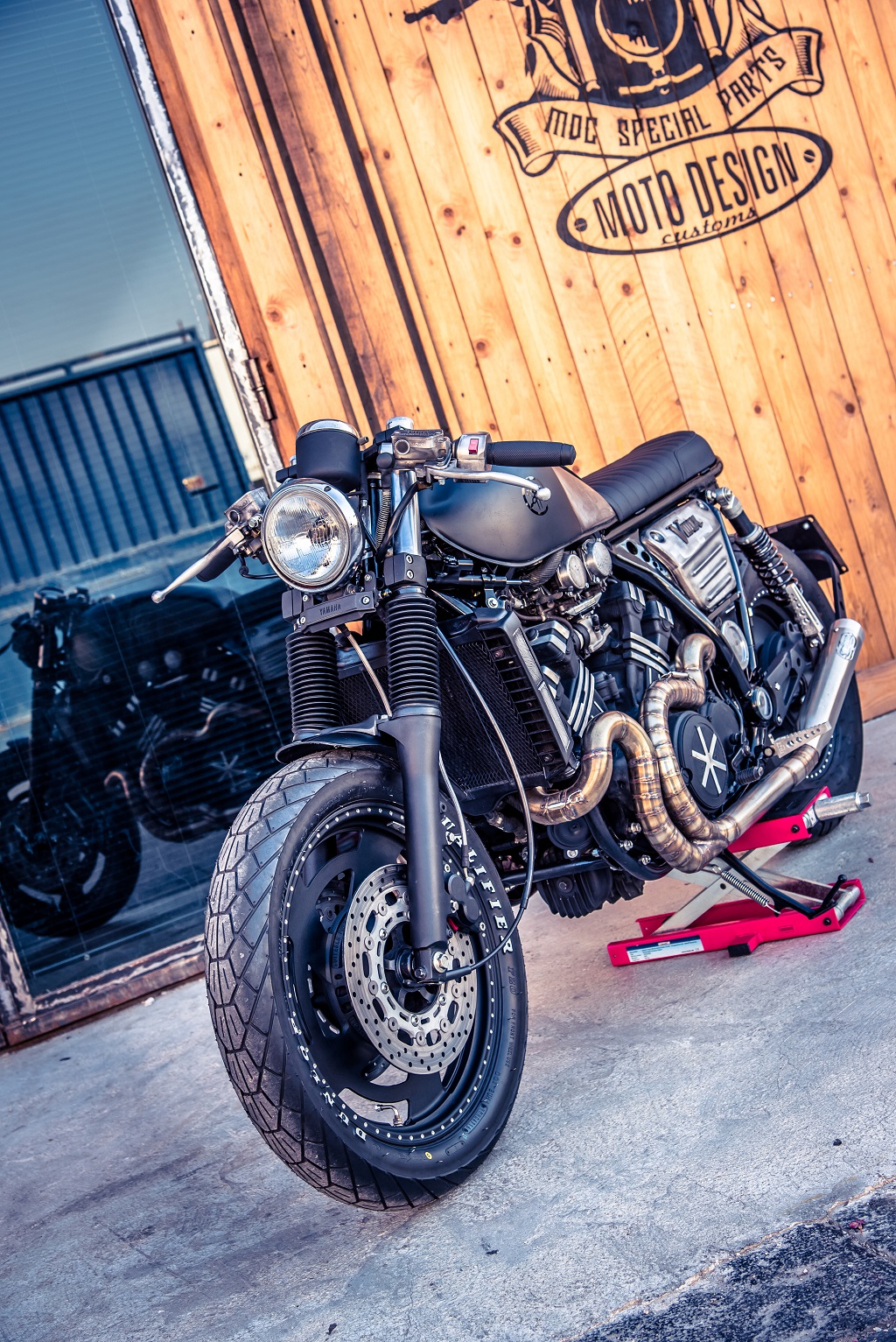 I love it. This is a raw style that is the best possible match to this machine. Fat wheels, polished/brushed metal, beautifully welded exhaust pipes. Notice how the V4 has these pipes on both sides of the motorcycle. Not only they make it sound awesome (see the Youtube video below), but they also make this thing optically more interesting. The problem with a V4 is that it’s not good looking. It’s always packed under the tank, surrounded with various pipes, wires, injection/carbs etc. These pipes here, make the whole thing look cleaner and more attractive.

Regarding particular mods. Dropped front forks to make the stance more aggressive. The tank was kept under the seat, but the frame was modified. This required inventing some new system to access the fuel cap. Since the machine lost the original air intakes – new filter cover was put in place.
Obviously, clip-ons were put in place. I don’t think the foot pegs were moved at all. Yamaha VMax despite being a cruiser uses quite interesting rider position, that seems to work with lowered handlebar without any mods required in this area. 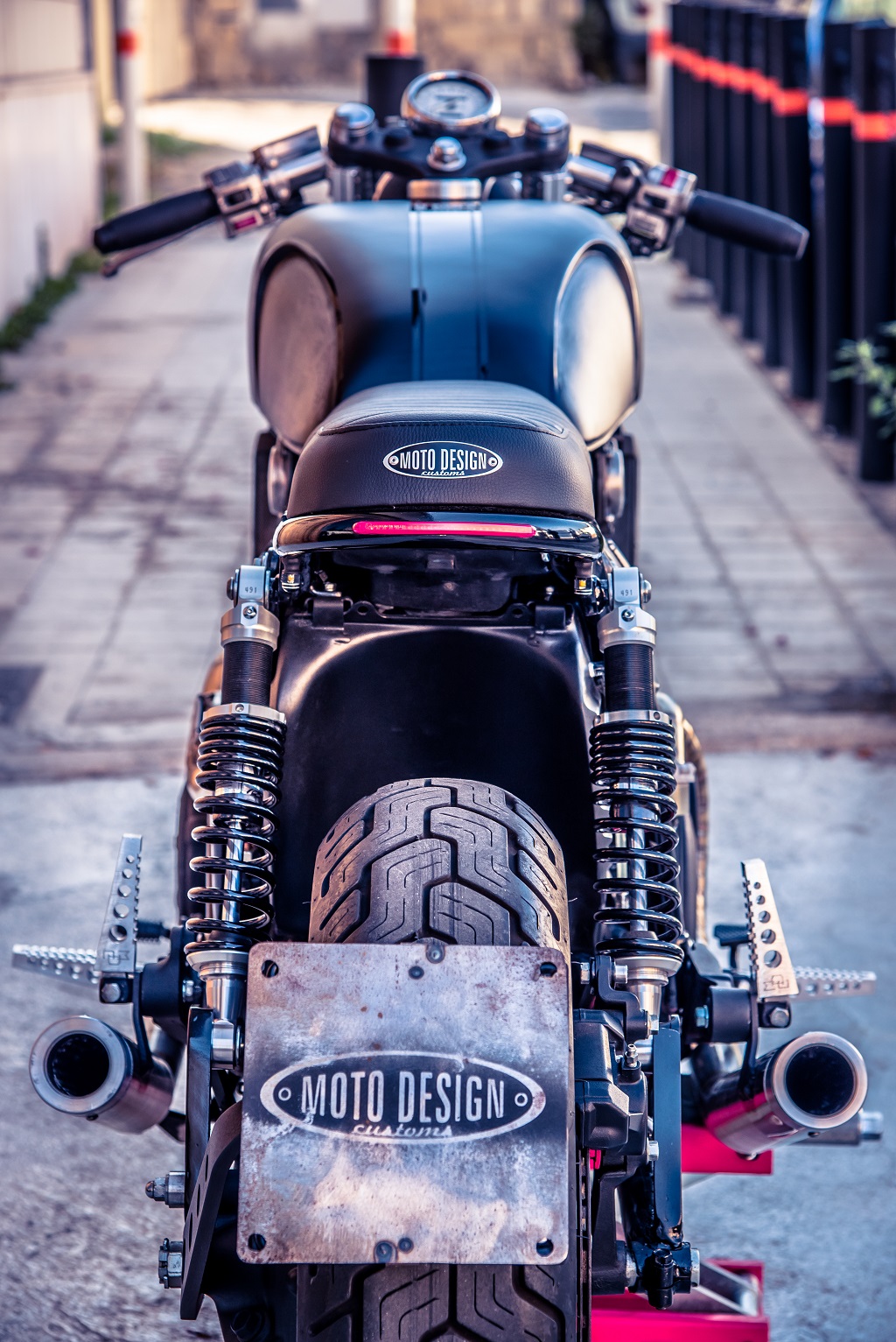 Stock headlight is still in place. Surrounded with restored but also stock brakes and clutch mechanisms. Speedo is small and round (simple), and a tachometer was incorporated in the “tank” (which is actually only a decoration).

VMax is famous for 2 things

Rear shocks come from YSS and are clearly an upgrade over the stock ones, and yet they go easy on Your Wallet. 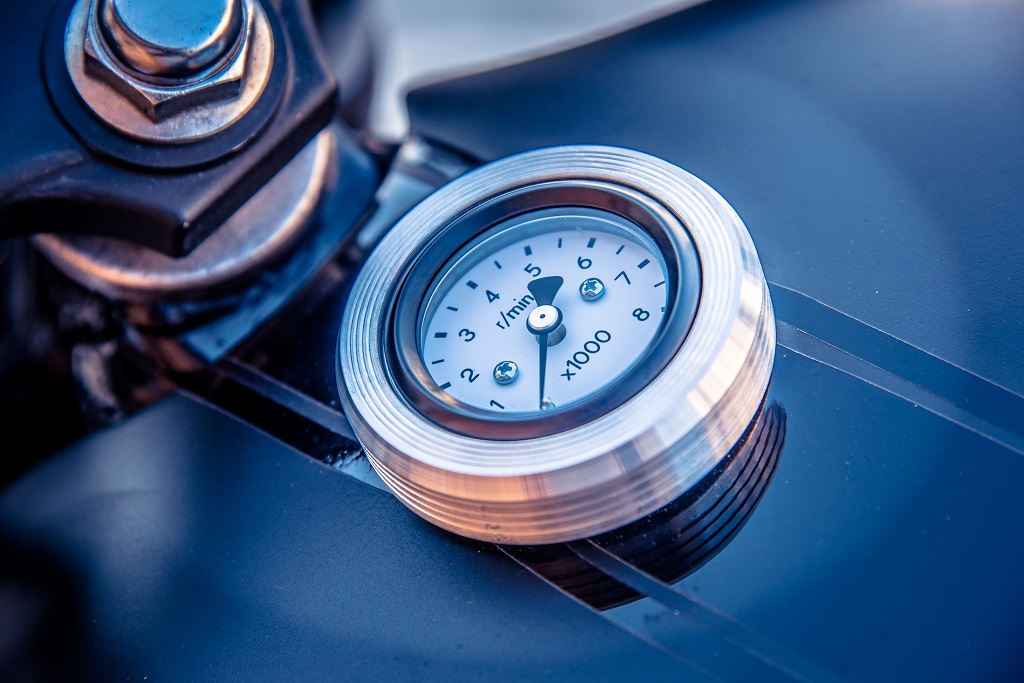 This VMax Street Racer was awarded in Napoli Motori Expo 2017 custom show, by Special Cafe magazine. So it seems that the hard work was already appreciated! If only the builder went all the way with the mods and put the actual tank over the engine… this would allow him to refine the profile near the rear wheel completely. 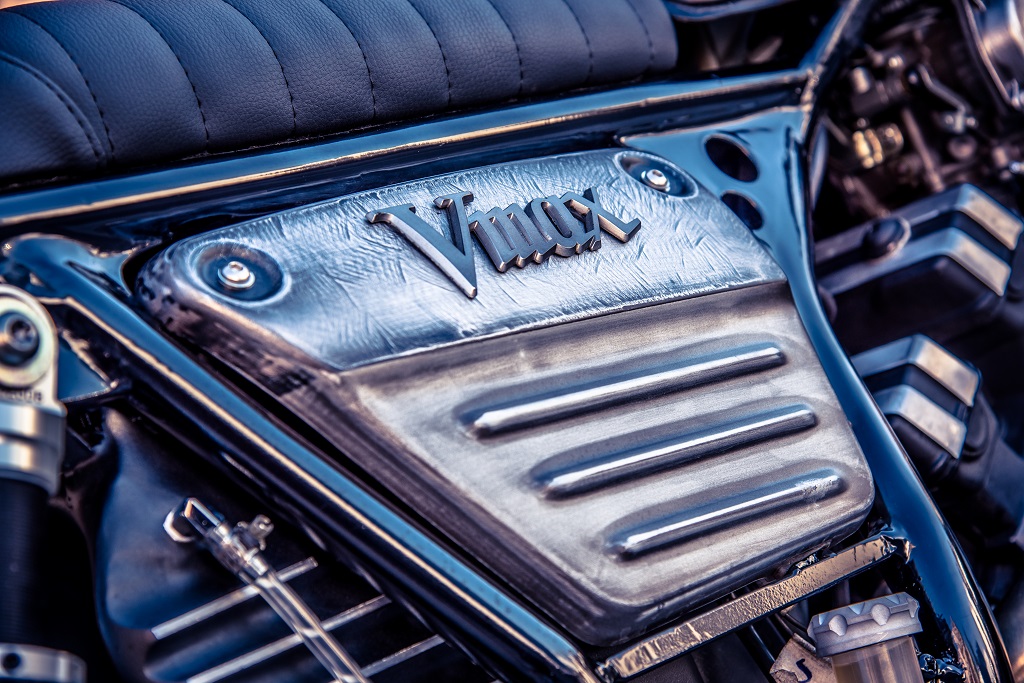 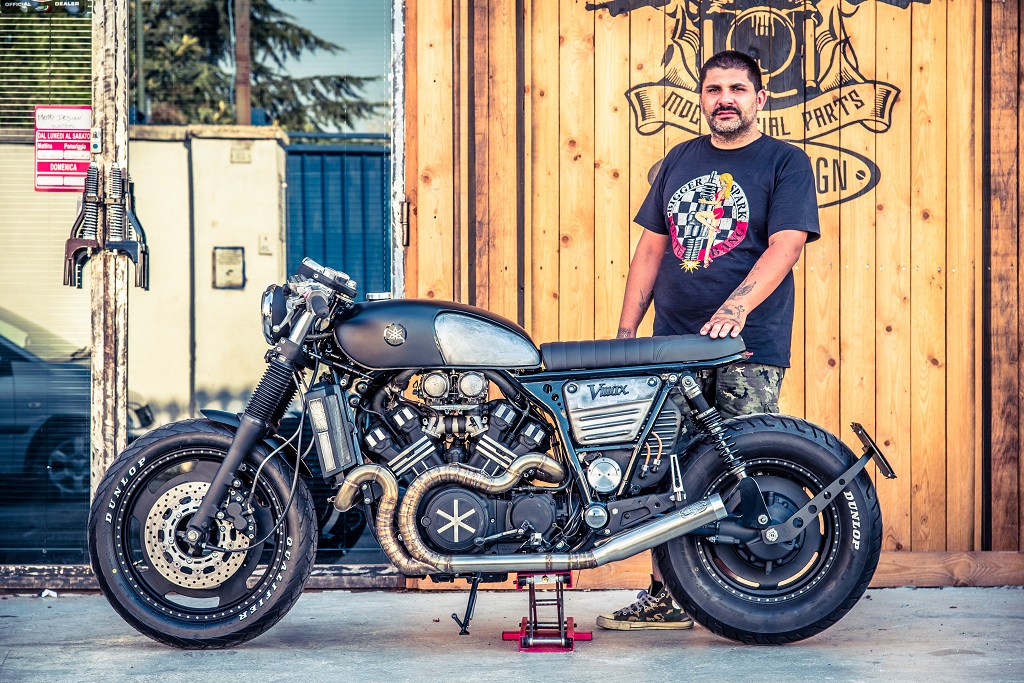