Yes. It is another Virago. Yamaha XV750, somehow this mediocre machine has stolen the hearts of custom bike enthusiasts. It’s almost unbelievable. This model (along with a Honda CX500) breaks the internet almost every time a new build is published. Considering how the website traffic represents the public opinion about a particular build… I do have the comfort of judging how well received the motorcycle is. 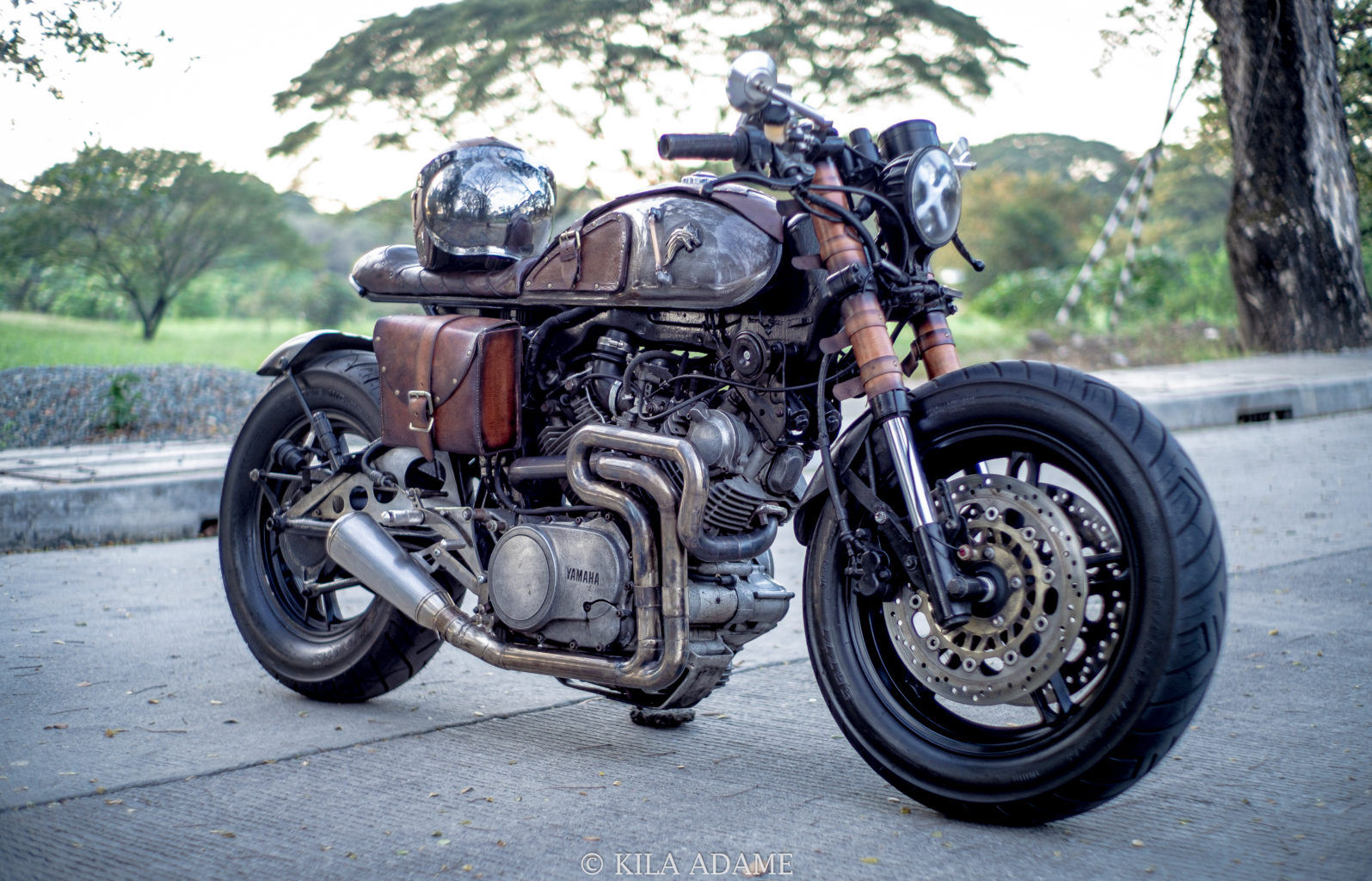 This one is called “The Drogon”

New Virago variations keep coming. This one arrives from Kila Adame, who contacted me via Facebook few days ago. He is a cafe racer fan and built this machine inspired by

aesthetic of victorian-era combined with retro style. I wanted to make something that is evocative of the past, yet is something new since this is my first big bike cafe racer that I long dreamt of. 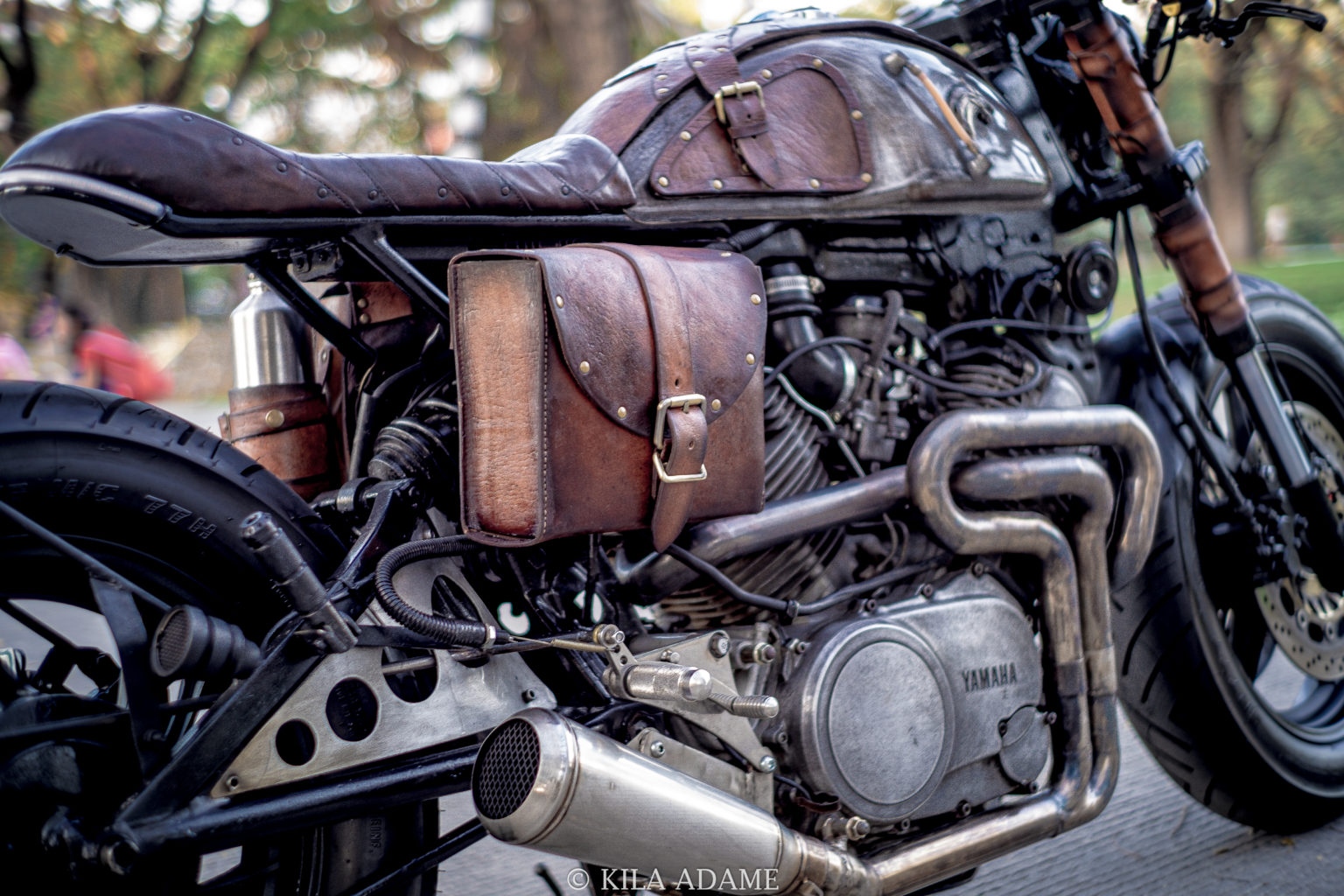 Kila comes from Manila, Philippines. It just provokes to write something philosophical about the world of motorcycle riders. As the passion for customization knows no borders. The cult following of the XV750 (with a single rear shock absorber) is worldwide. No matter the race, continent or number of people in the place You live in. The bike enthusiasts seem to follow a similar path. It is an ABC of cafe racer conversion. One of the most common first choice of the donor bike. The XV750… And yet most of the builds are different. 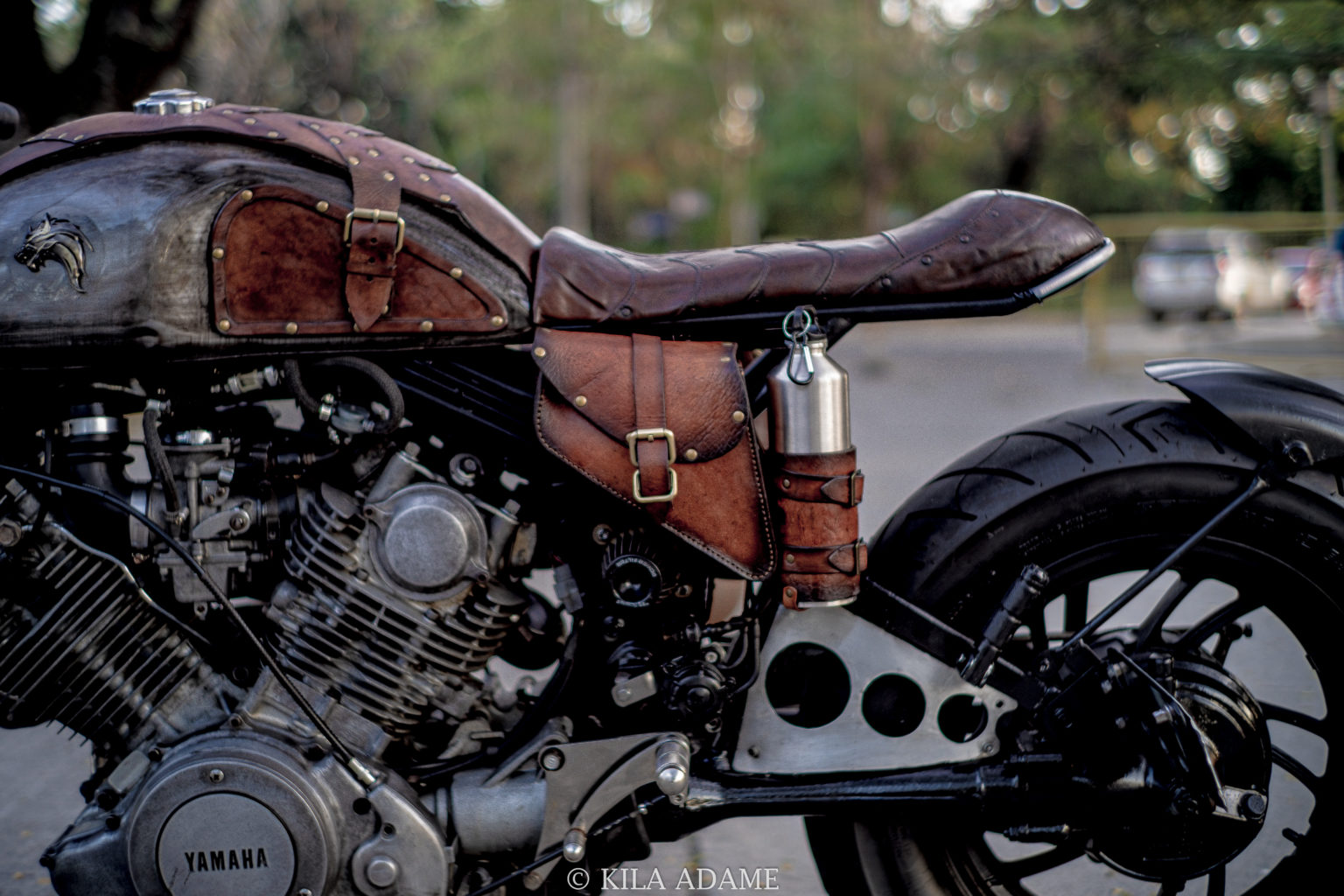 Virago connects people, at the same time it allows them to manifest their individuality

The Drogon is a cafe racer-inspired build. Obviously… It utilises one of the most commonly used fuel tanks –  Benelli Mojave unit. Yet, it seems overloaded with leather accessories. This undeniably is style over function. 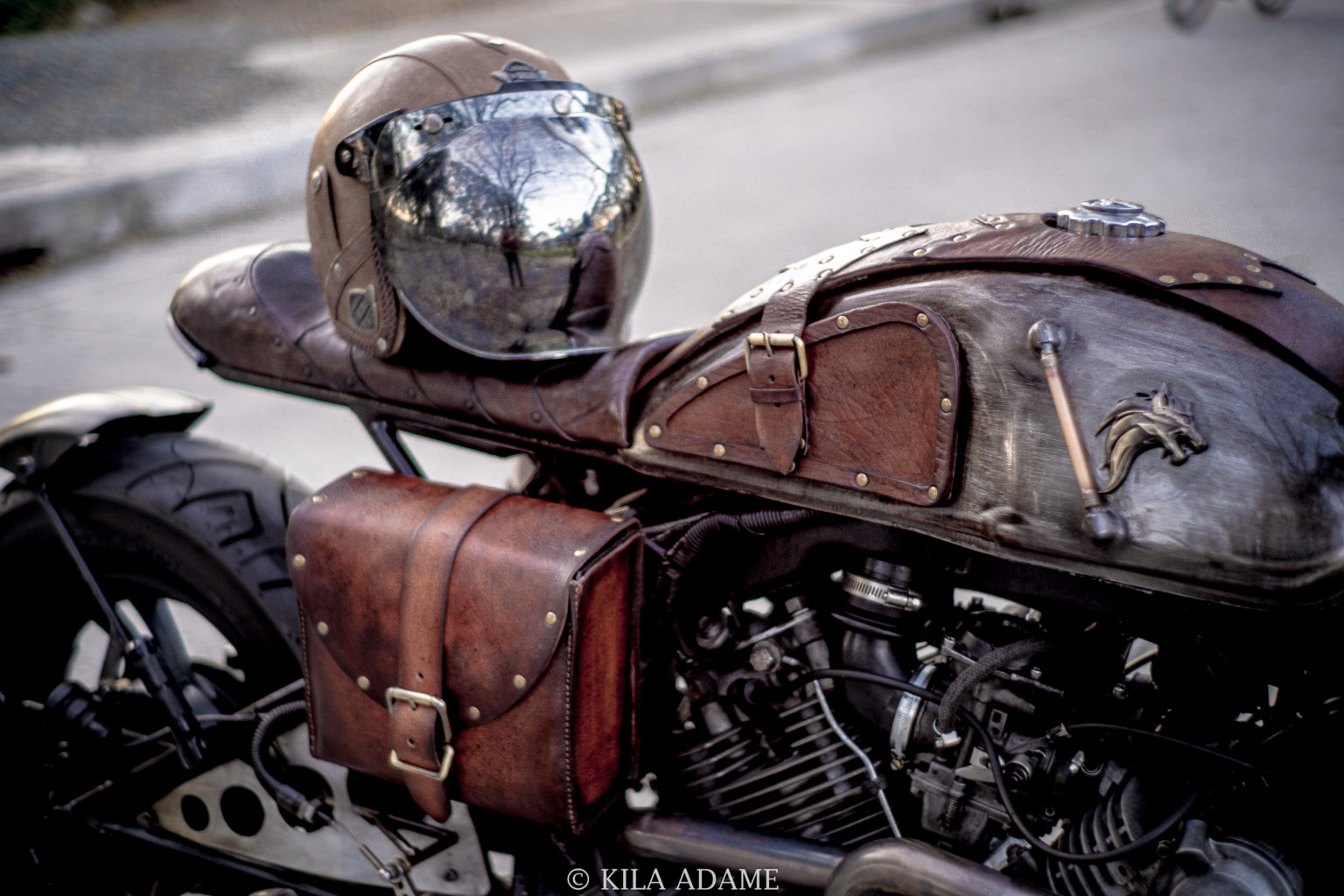 The leather is all around the bike. Kila wrote about it:

I like putting leathers, I made it to a point to put it all around my Virago. From tank armor, to the seat, grip, I made it look like it compliments the style, Thanks to superb craftmanship of Sir Chris and Valor of Iron & Hide Customs that made the leather design possible. And adding to that steampunk look, I put a fuel gauge alongside the logo to make it old school.

Lastly, I would like to thank Sir Hermo who helped me a lot to put new parts with my Virago and to everyone who believed in me. 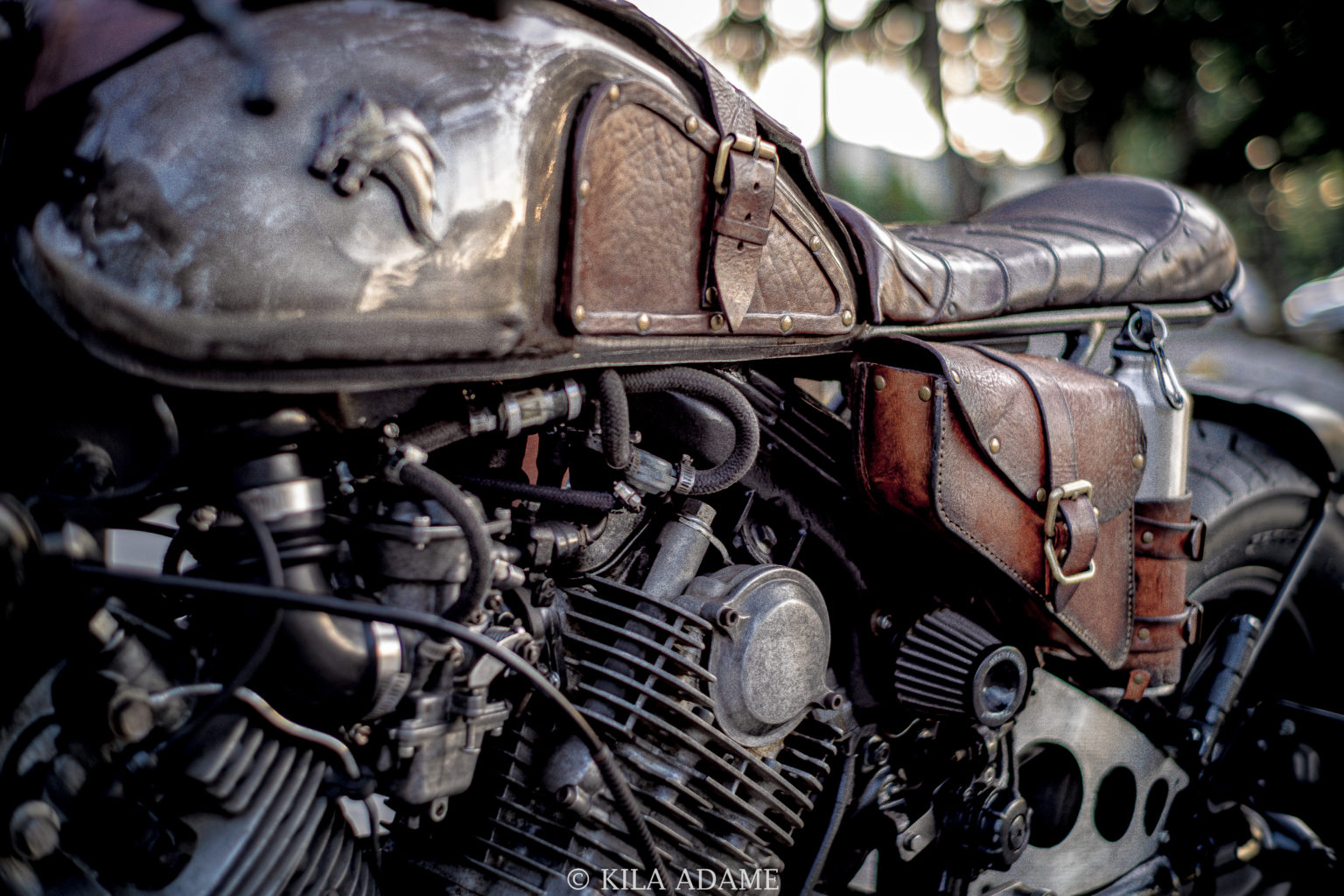 I don’t get the leather overload. But I can appreciate the craftsmanship, the tinting and the structure of the material. A fat front tire (not a cafe racer feature, but it works with the organic look of the bike) is put on a Triumph rim. 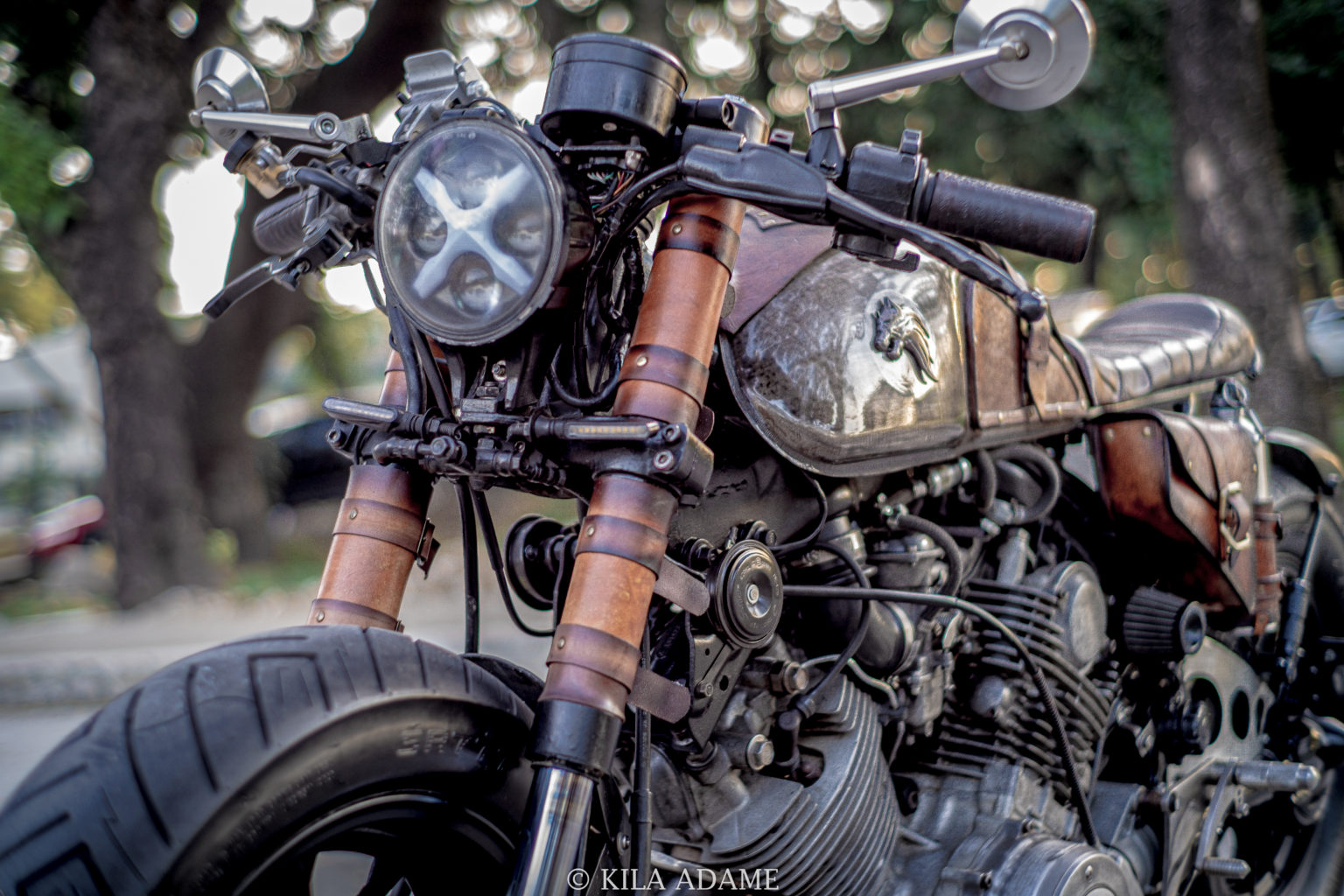 Kila Adame claims that the logo is similar to the one that “The Witcher” wears. It would be a nice touch for this book series that originated in my country. But I do think that it resembles the “Stark” family symbol from R.R. Martin’s series more than it does the Andrew Sapkowski’s main character.

Obviously, You can see the upside-down front forks. The rear shock was refurbished. The exhaust system was made from scratch. It is very exposed… It just had to be made like this 🙂 For a V-twin, the exhaust is the jewellery… 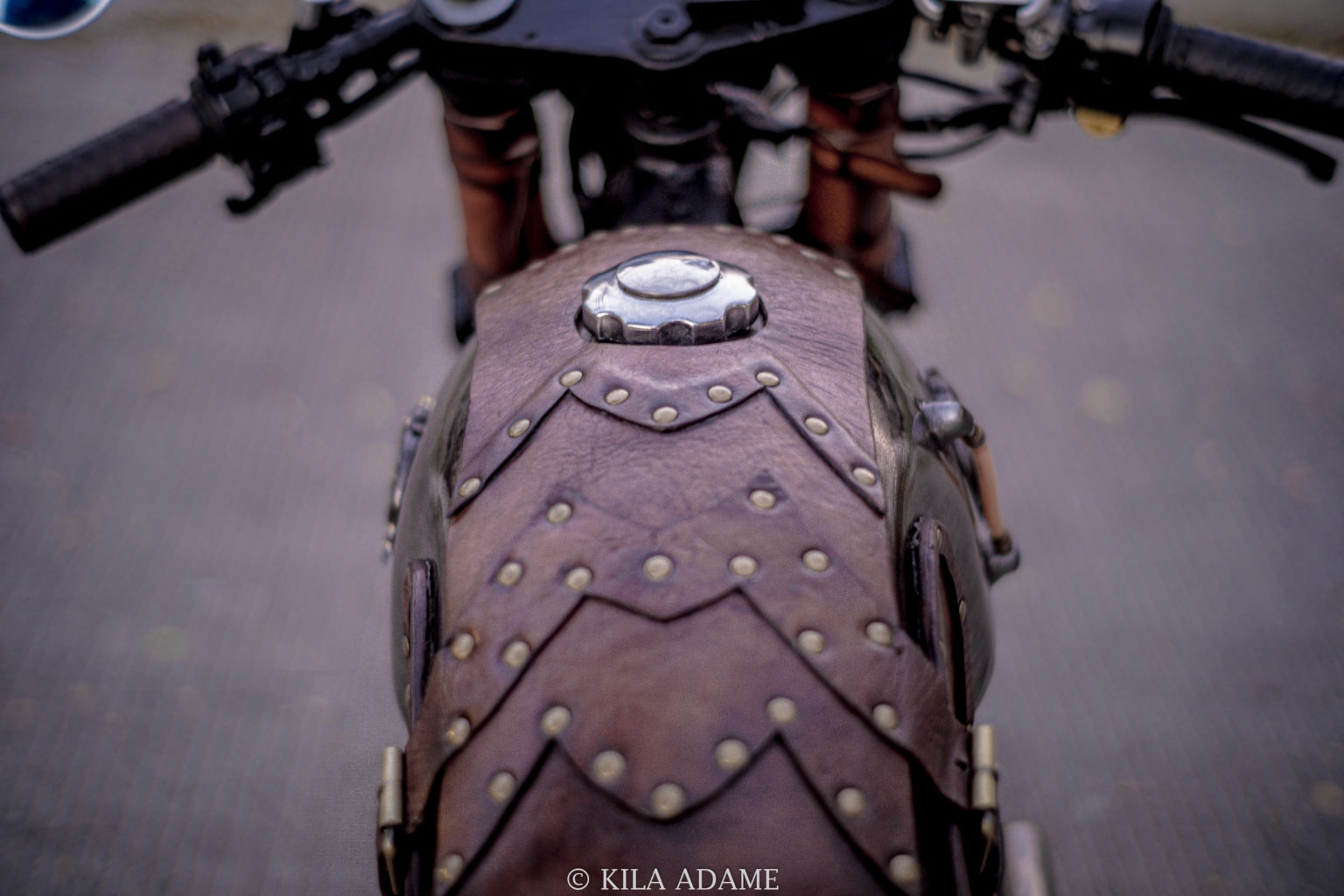 Other details of the build

I don’t know if I get the concept of the headlight. I would love to see some restomodded tractor headlight. A little rusty, with a big switch on top, with a clear front glass element and a taped cross… rather than this new style LED. But regardless… I would ride it with pleasure just the way it is.
Kila… thank You for sharing! 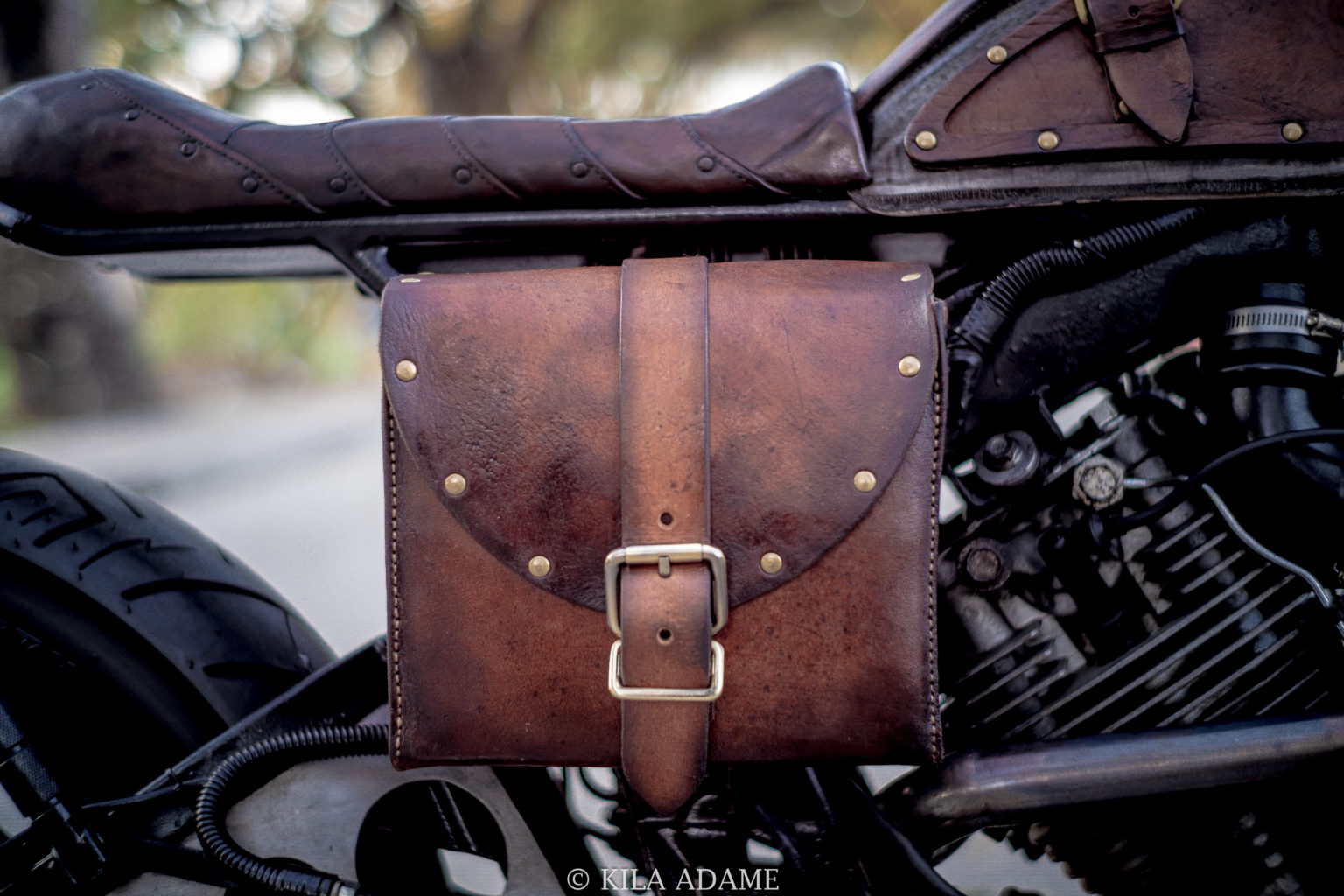 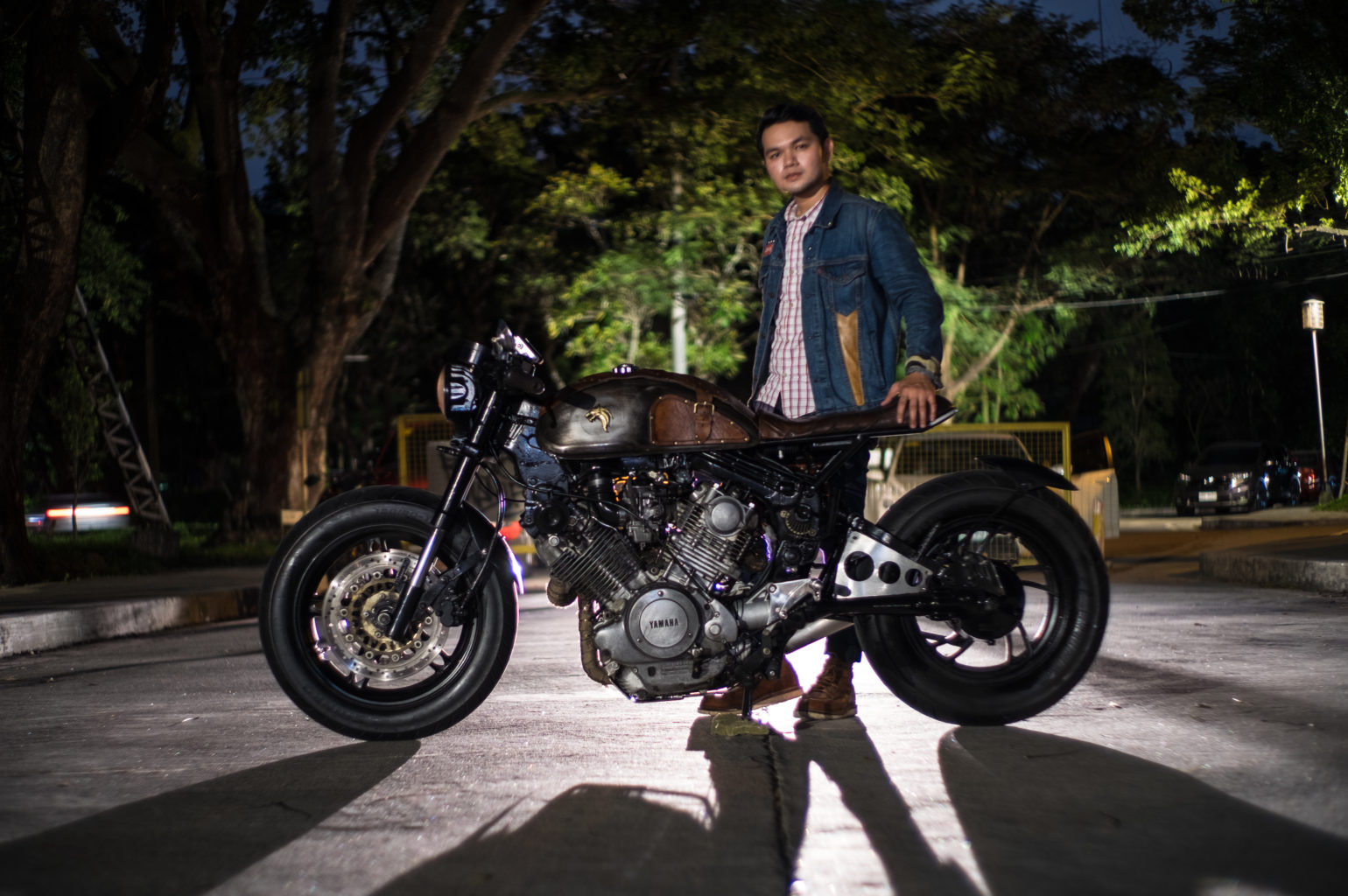