So this would be another “This is how You fix a BMW R NineT” post, but I don’t want to repeat myself… let’s get on with what’s important.

This BMW R NineT while looking totally different than the original… has one really outstanding feature. Something that You wouldn’t expect after this kind of radical and retro hardcore changes. 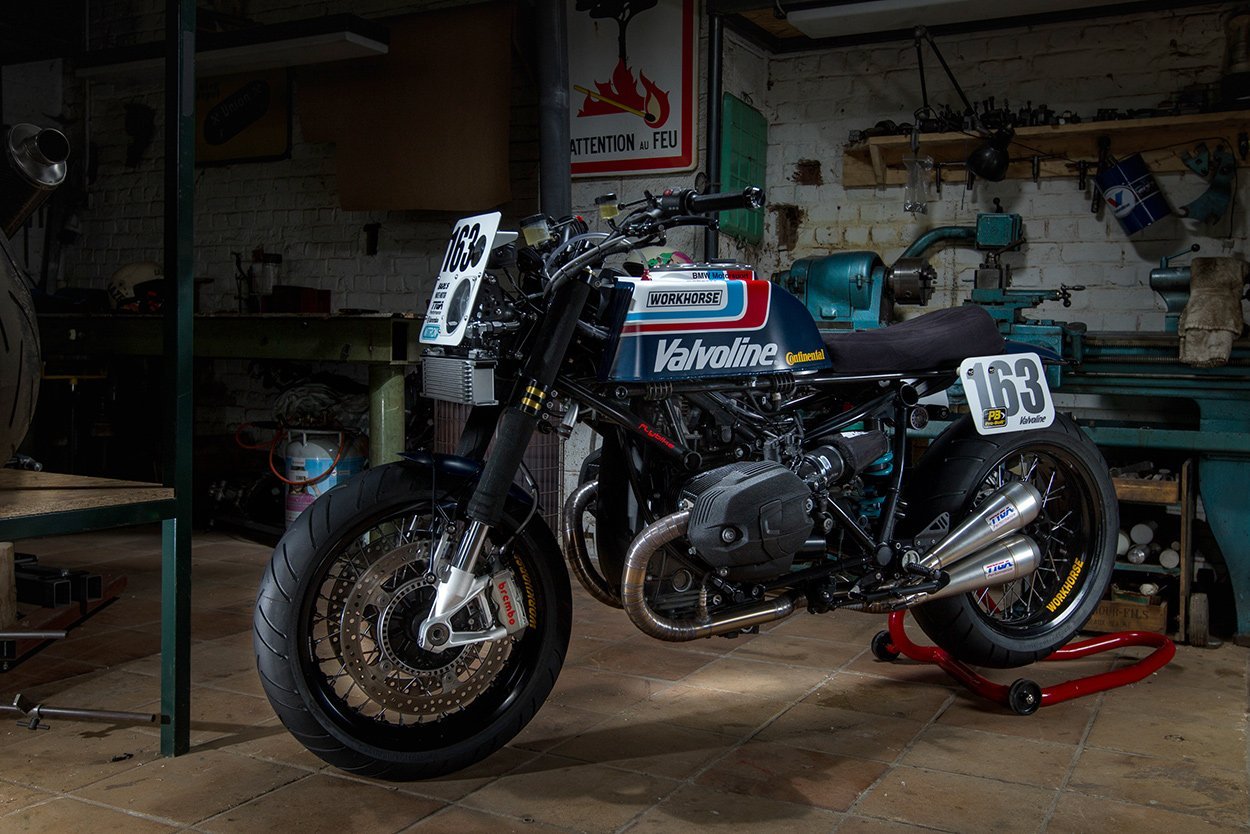 All of the mods are reversible!

Meaning that the frame and the engine were untouched. And the bike when it was released, after rebuilding – was still under warranty of BMW. Now that’s an R9T that I wouldn’t mind owning! 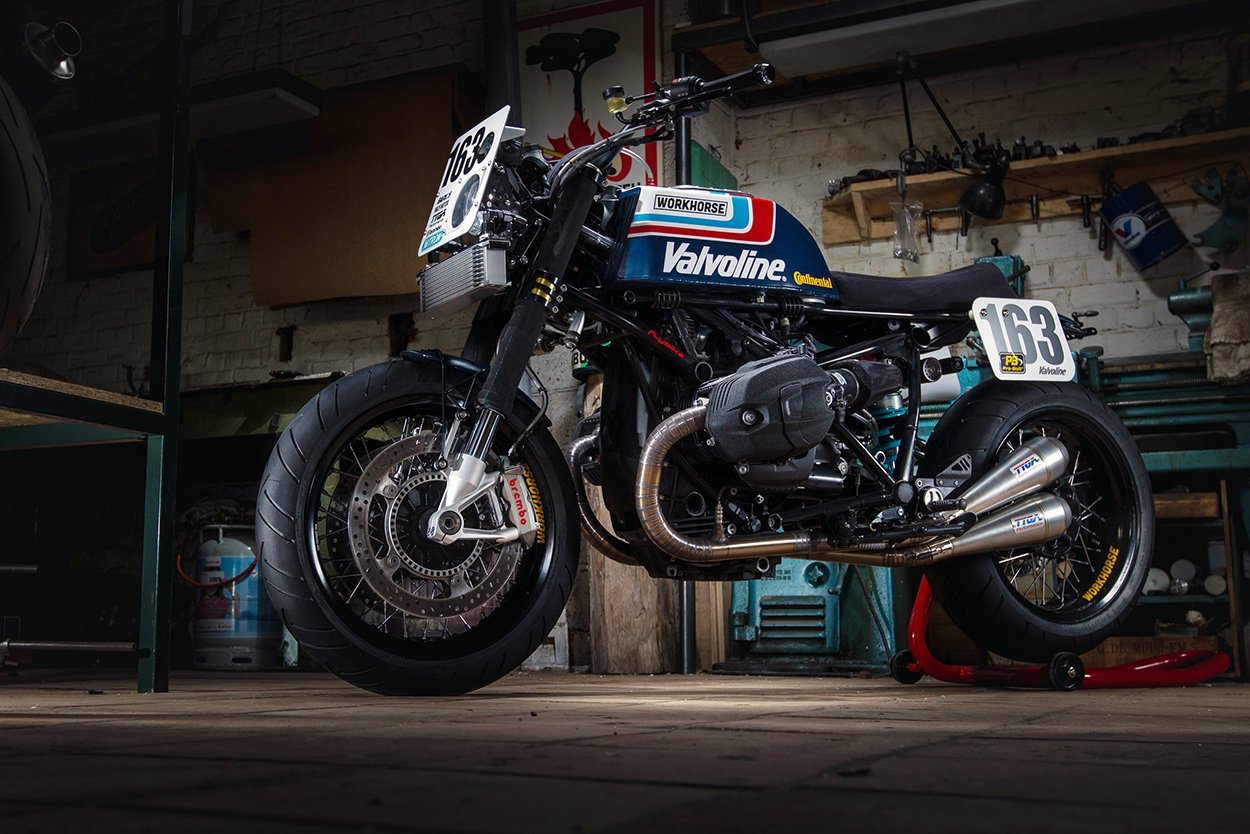 The fuel tank is fully made in alluminium. Finished by a crazy Racefit quick filler and Earl’s Performances breather on the top left.

The seat was aluminium shaped than covered by mr Silvermachine in Amsterdam. The backside of the side is hiding the top of the original frame. The tail mudguard is also aluminium shaped including a led stop light. The front side is locked by a spider bolted on the original fornt frame. The oil cooler and front plates are on the frame so the fork can move easy. The Cooler is also a Earl’s Performance. 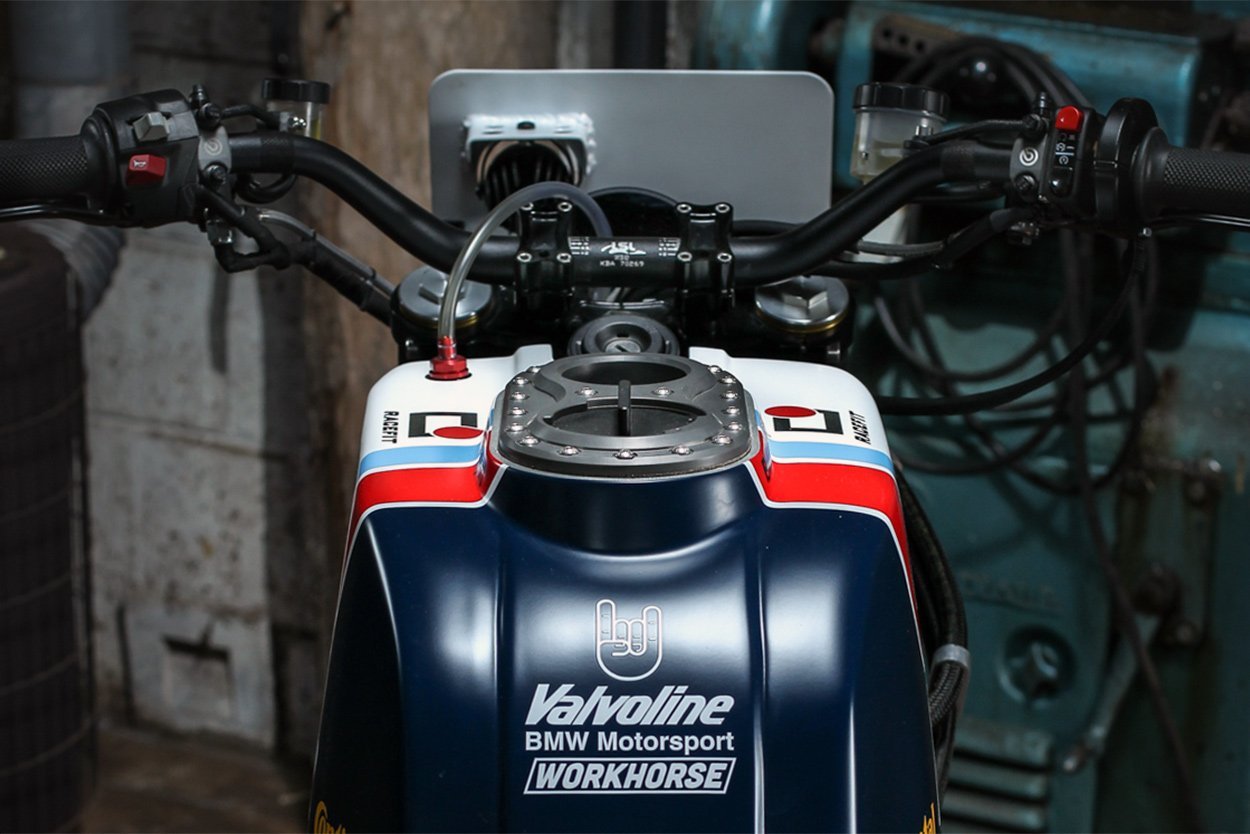 The front brakes have been replaced by Brembo M4 activated by Brembo RCS19 (clutch also). The speedo is a Motogadget plug-in Motoscope pro. I decide to “wear” the fork with a secret treatment who come straight from the dark side of the moon.

The exhaust line is a stainless steel piecut line from the workshop finished by the superlight Tyga mufflers. 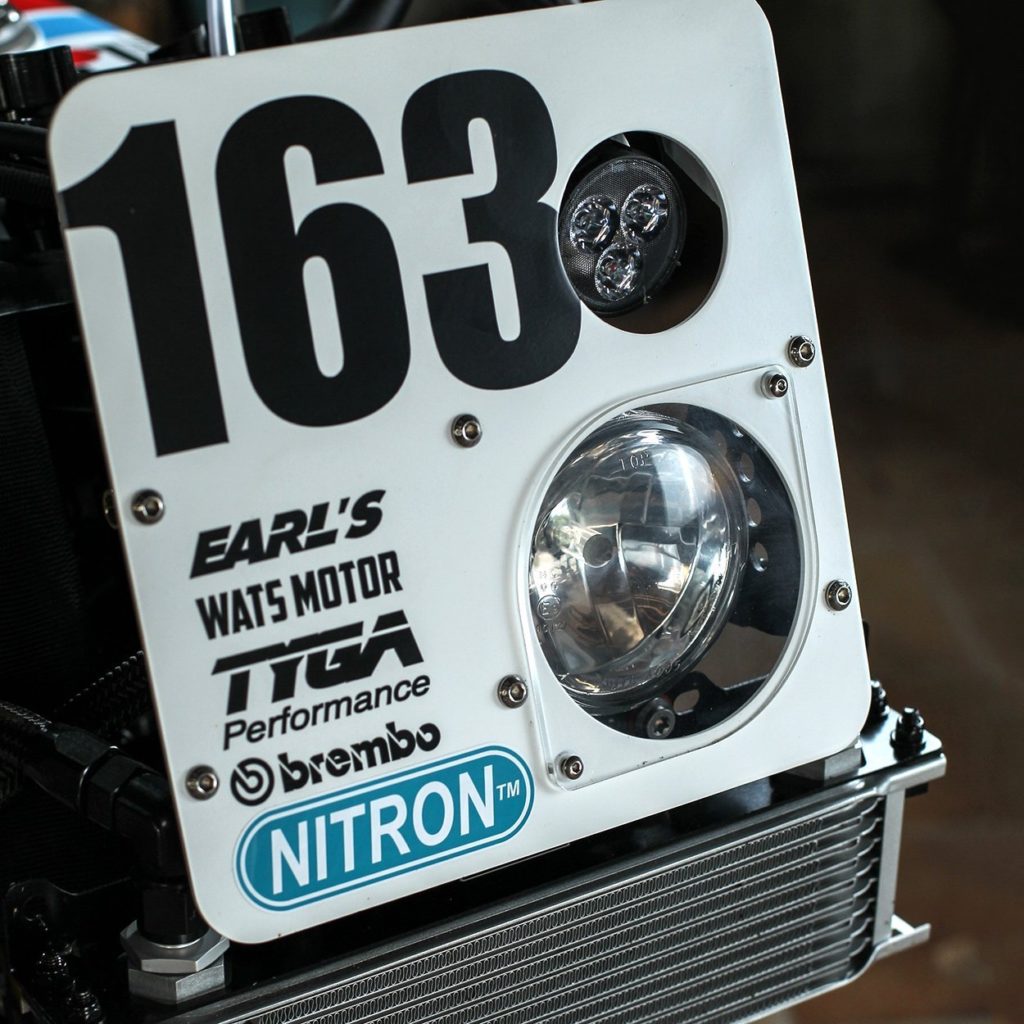 I especially like the front mounting of the oil cooler. I’m seriously thinking about replacing my Katana headlight with the oil cooler after I swap the engine to 1200. But I didn’t figure out the road legal headlight setup with this config 🙂

And it is for sale: listed here