About this build, I needed to consider into what category it goes in. By stretching the definition – I put it into (Contemporary) Cafe racer type. As it kind of fits the meaning, I wrote about (here), quite nicely while philosophising about the fashion for cafe racers… As the original simplified definition goes as follows:

You take a stock motorcycle…

… and You make it faster. But this one is not any stock motorcycle. It’s the newest and top “muscle” version of the 2018 Ducati Monster 1200R. 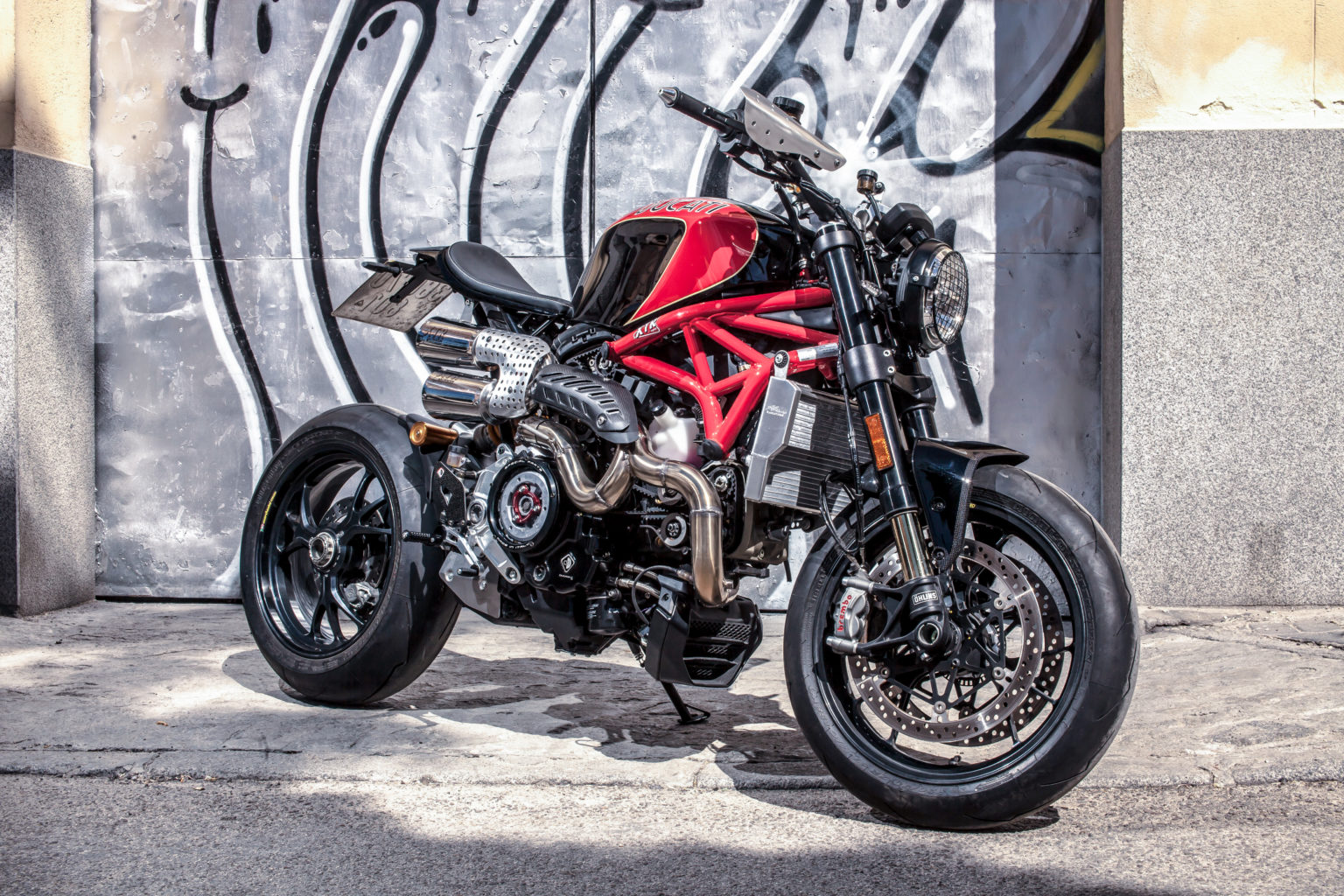 And about making it faster 🙂 It is not an easy task – as from the performance perspective 1200R is a beast. Ducati always puts top quality parts and components into their motorcycles, especially regarding weight (which is around 180-190 kgs). And this one is no exception, considering that it’s the top of the line, it’s even more hardcore. But You still can upgrade on the little things allowing You to lose some weight.

The full list of mods is below. You get the carbon fibre, aluminium and LED elements installed. Custom exhaust, engine covers, lightweight tail section. 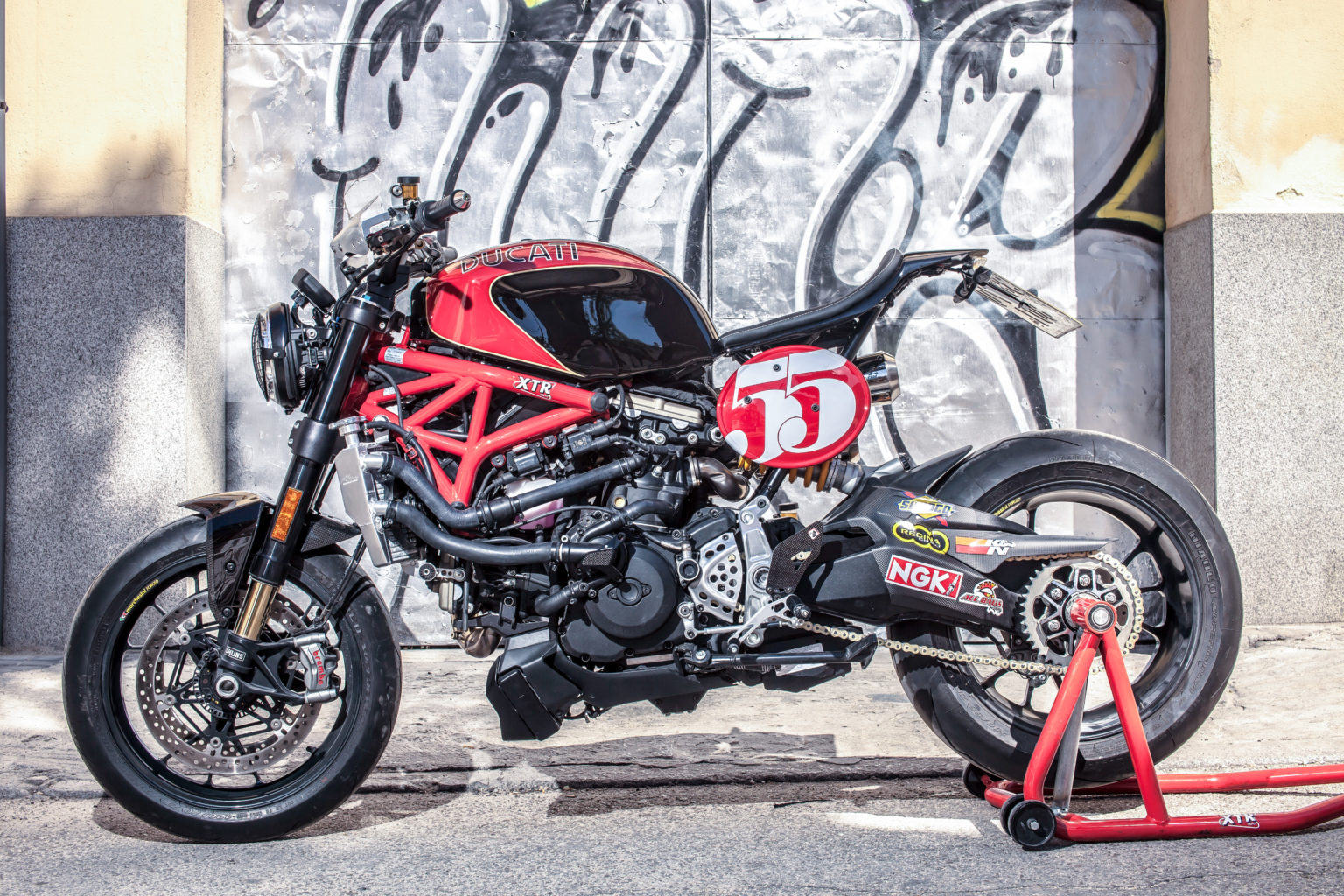 Well. It’s not a looker or any motorcycle that goes into “beauty” category. I’m not a big fan of a Ducati Monster itself. But I can not avoid appreciating the ambition behind this project and the “engineering” aspect of it.

Cafe Racers were never built for the looks. Looks were the consequence of the performance upgrade… And this one is no different. But it’s nice to see some old-school details like the chosen exhaust silencers and a side plate with a number 55. 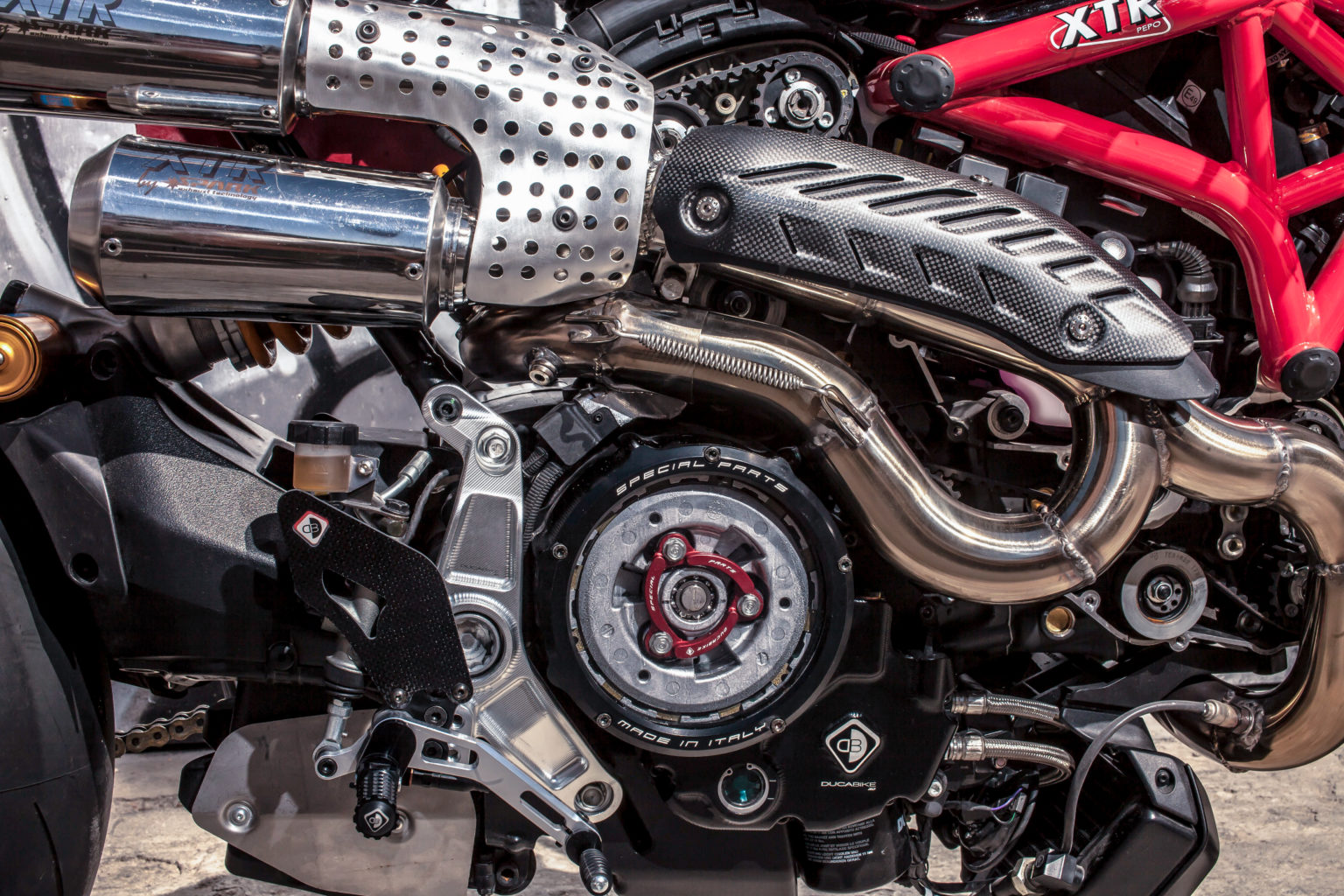 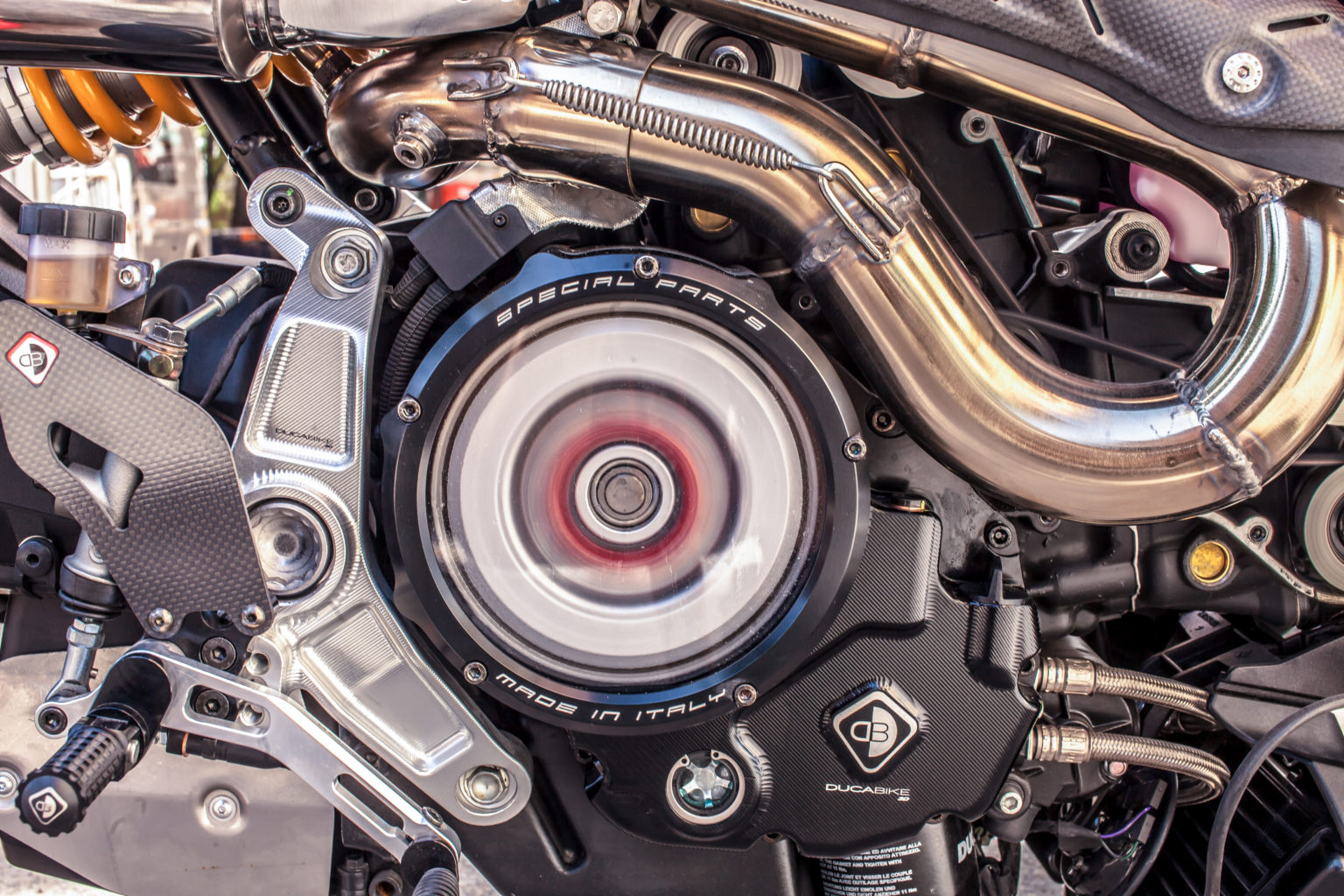 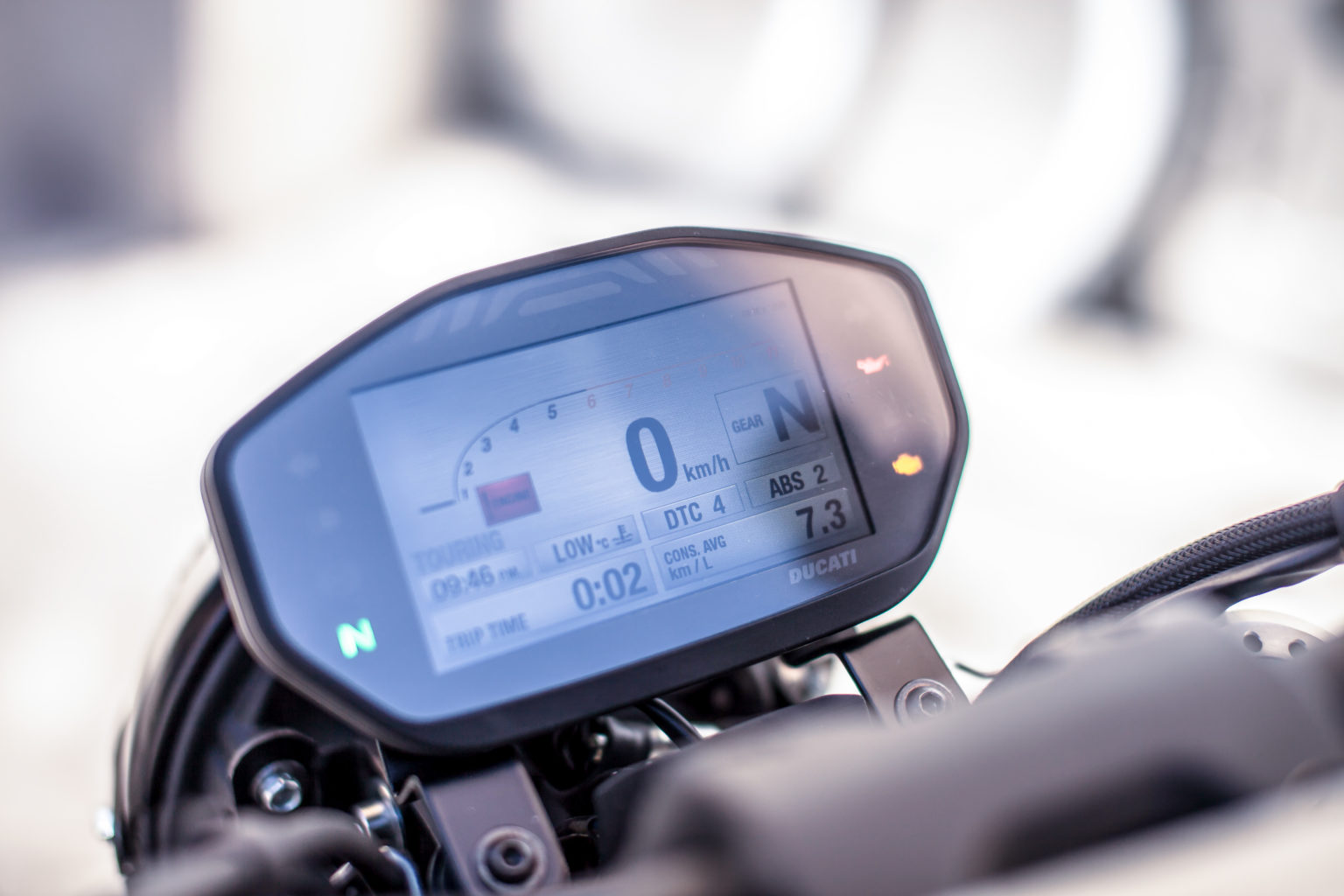 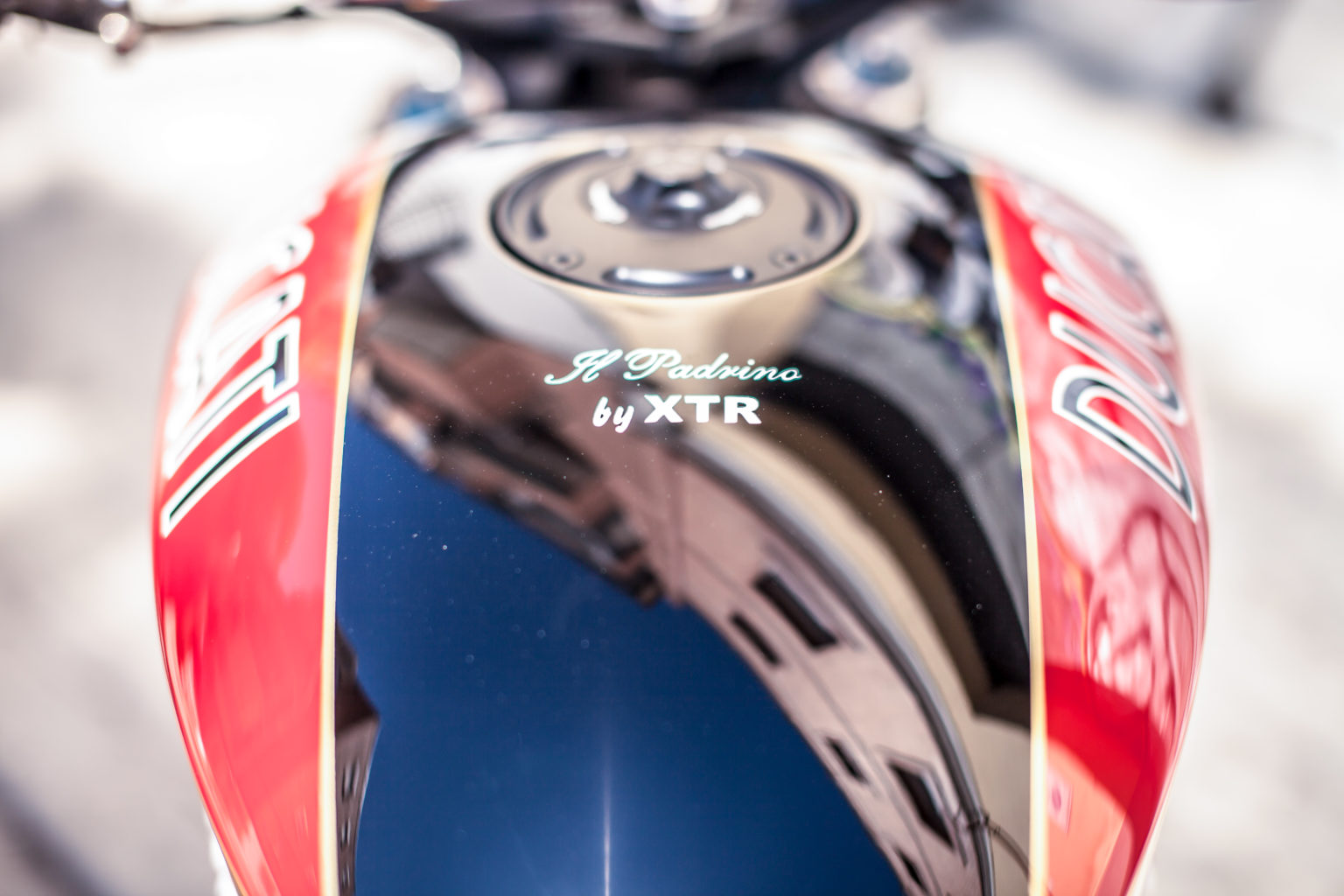 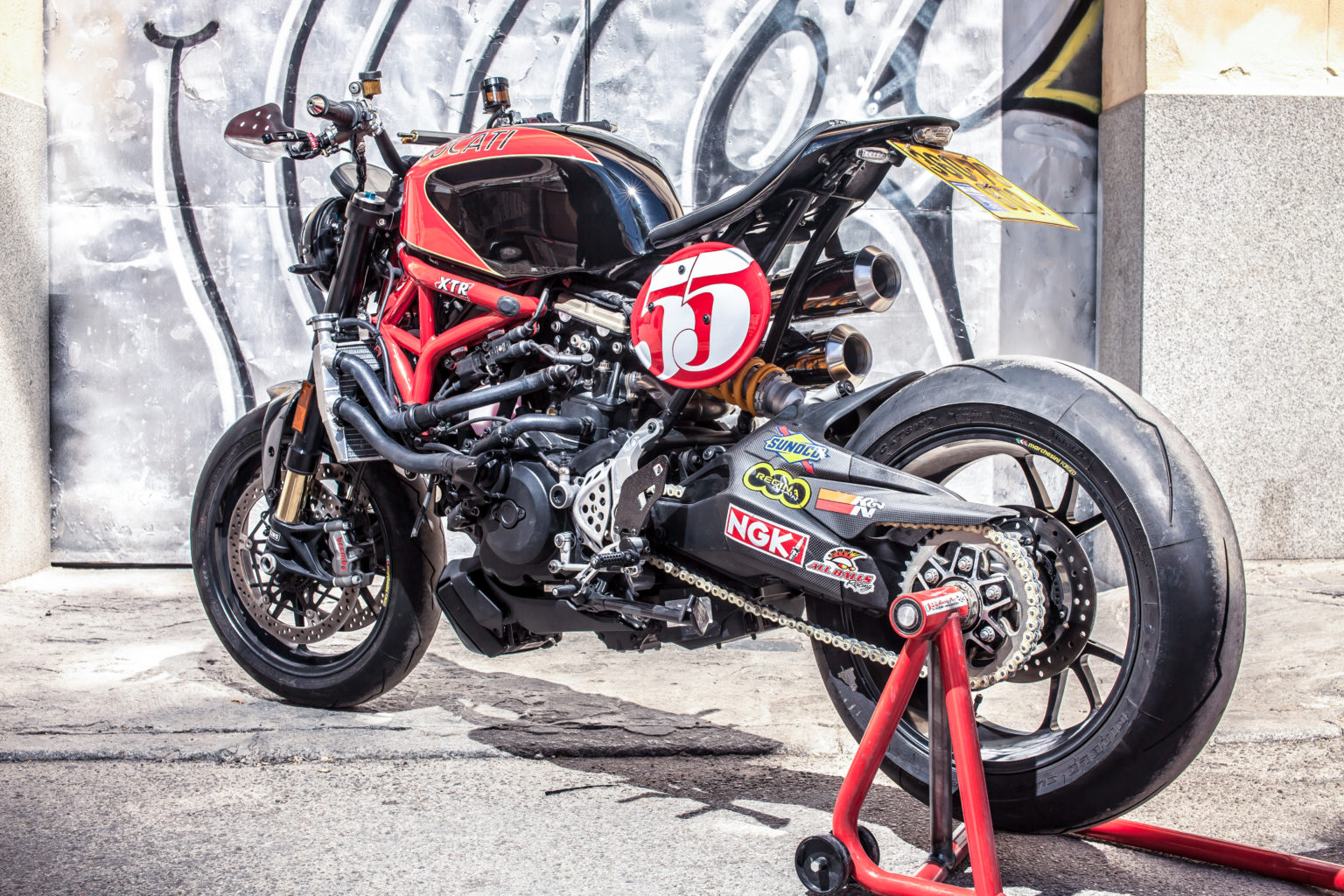 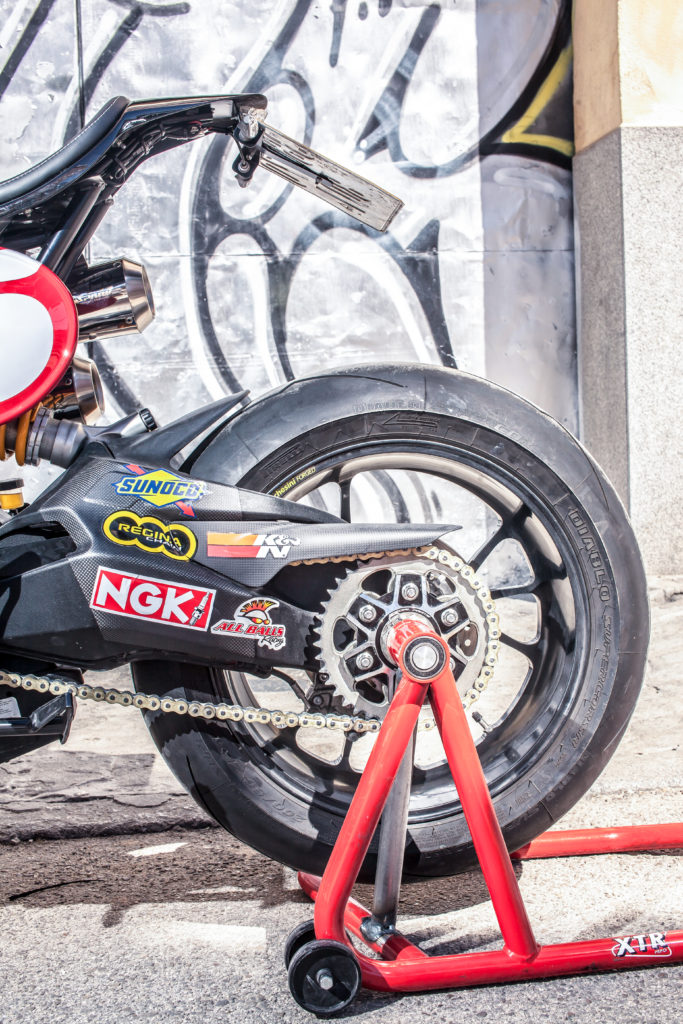 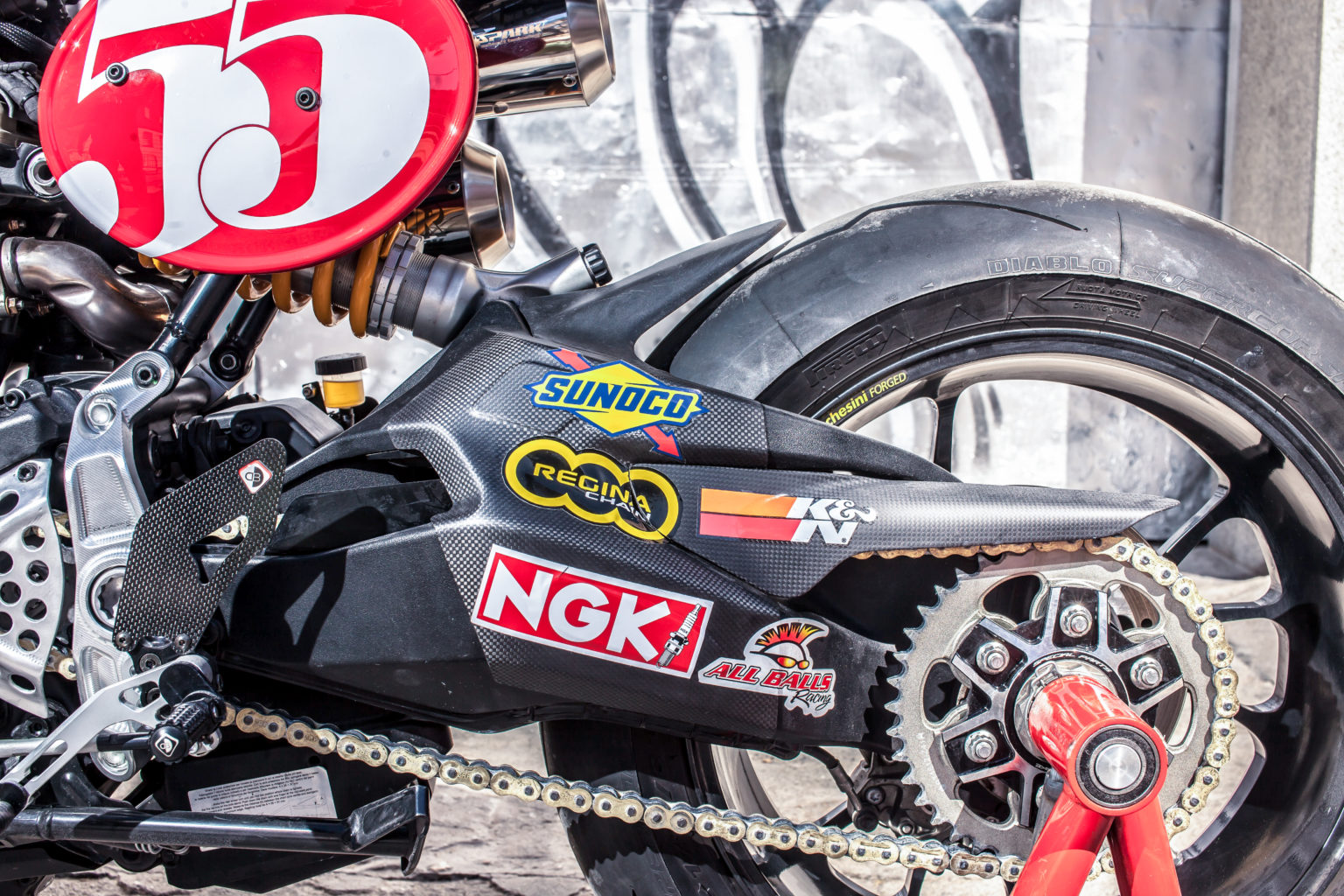 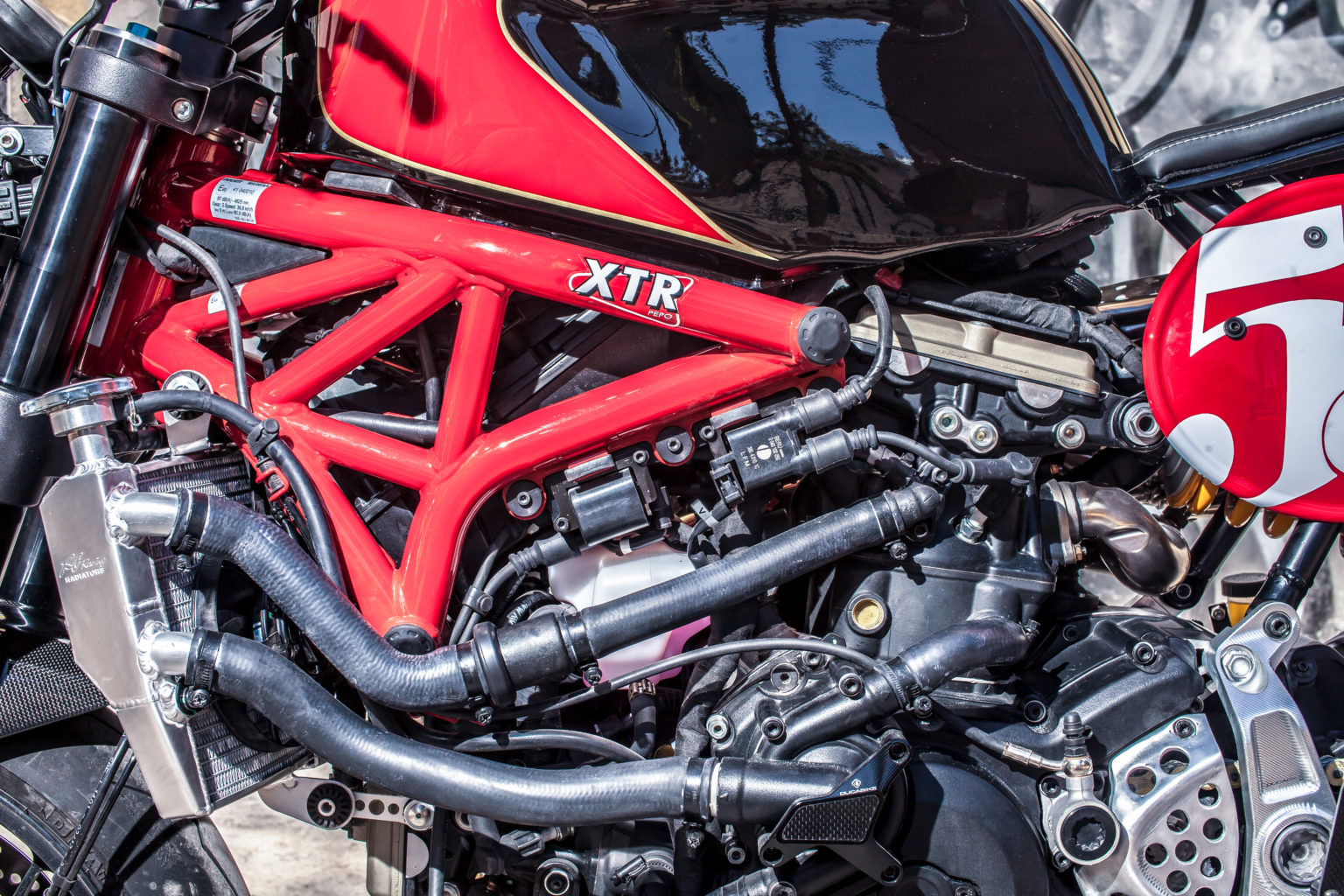 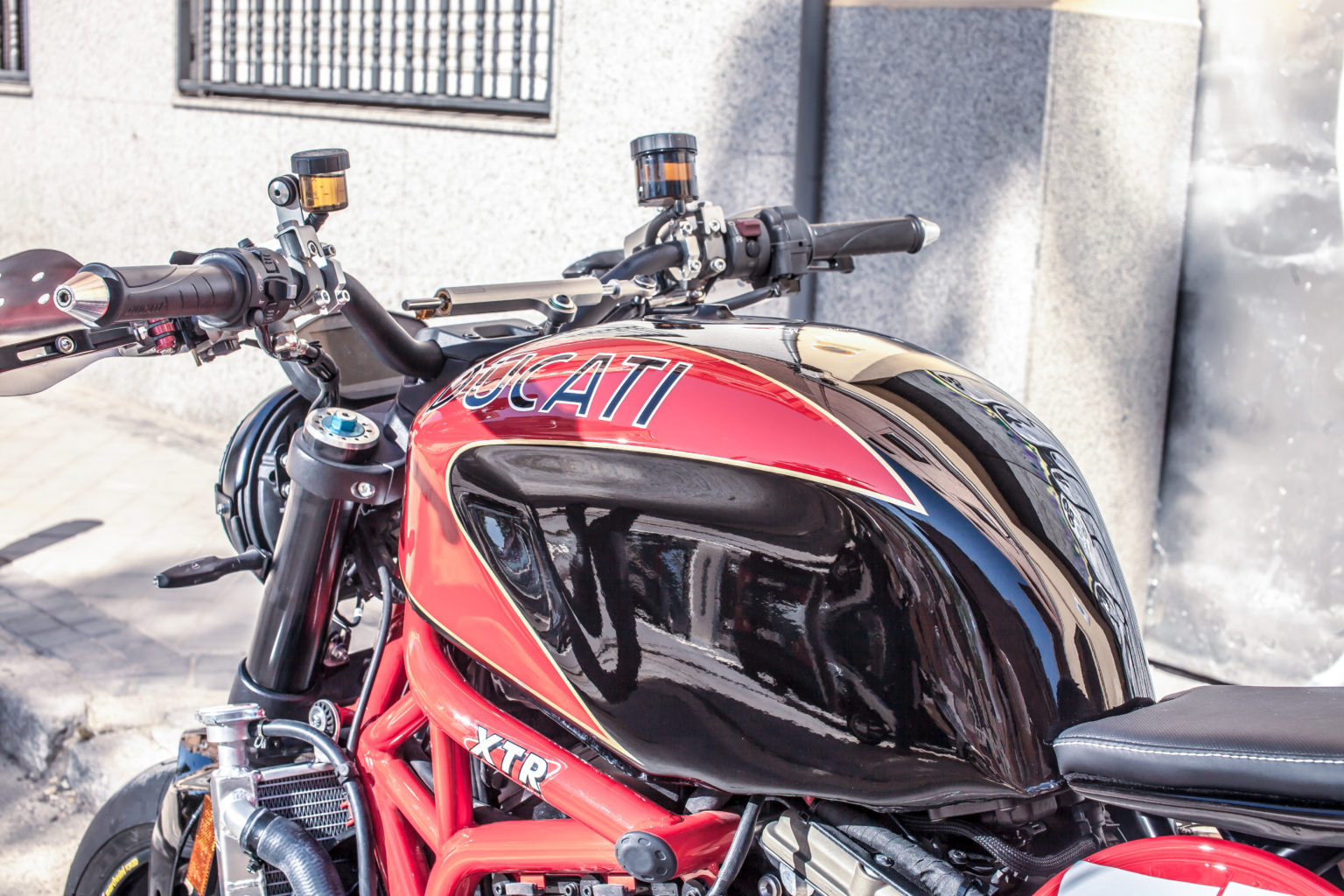 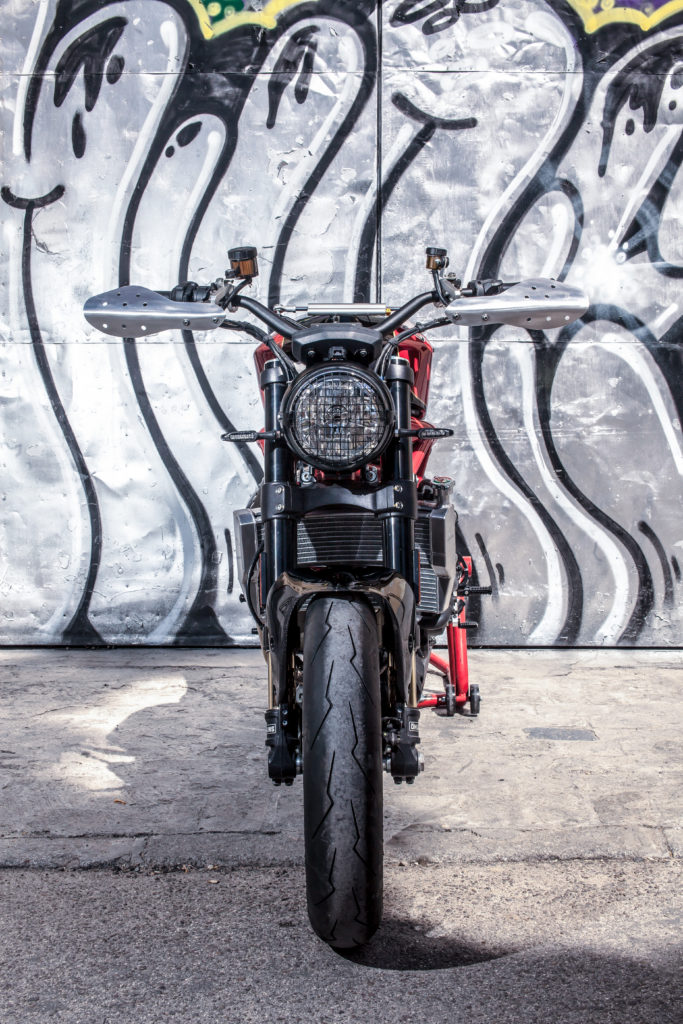 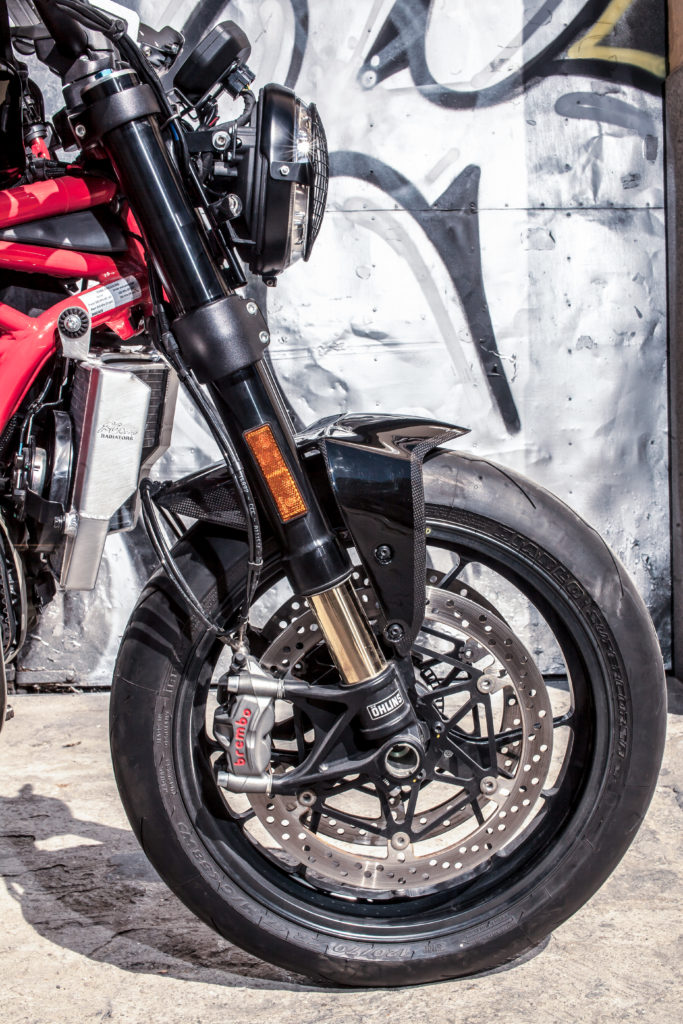