Macco Motors will always have a special place on this website. It was one of their builds, that pushed me to search for and then modify my Suzuki GSX750S “Katana”. It was the “Iron Fist” that started it all along with the Icon 1000 build: The New Jack. So I’m always happy to show their new build (this one is three months old). It’s a nice followup to the “James” from Street Garage. I find these 2 Honda’s quite similar and yet… so different. 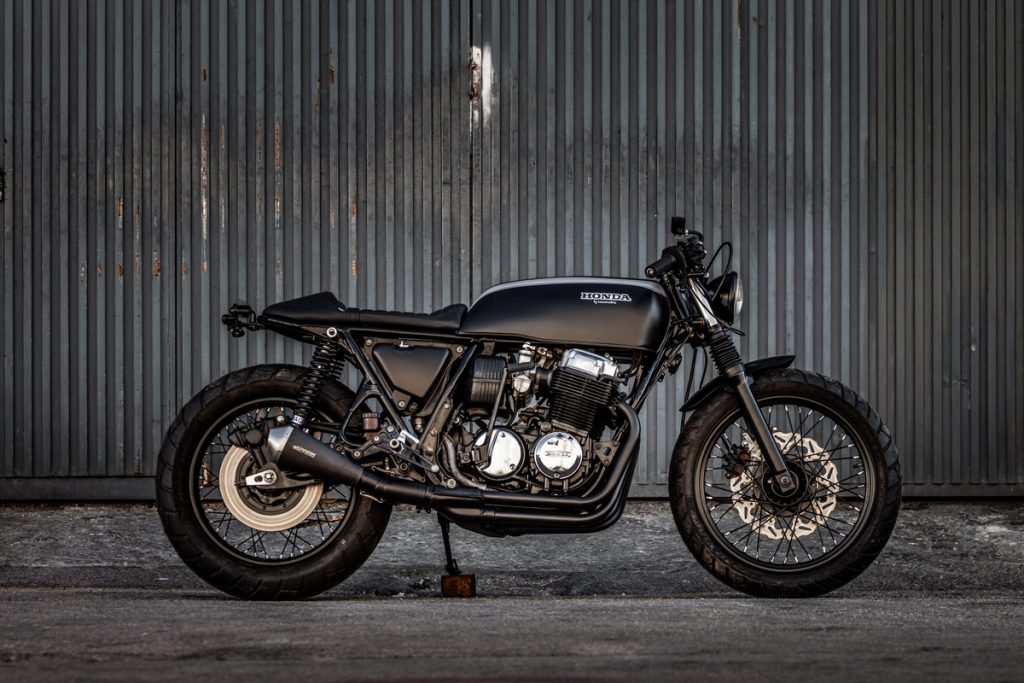 About the donor bike… well, probably everything… and a lot more has been written about the CB750. So I won’t be bothering You with the donor bike details. This one was bought in pretty good shape, so only relatively minor restoration efforts were required. The engine just needed some new gaskets, as the mileage wasn’t significant. Front forks were a little rusty, so a swap was made. And since Macco Motors specialize in building Triumphs – Honda got a British front end. The headlight is also a copy of 5 and 3/4 inch Bates. 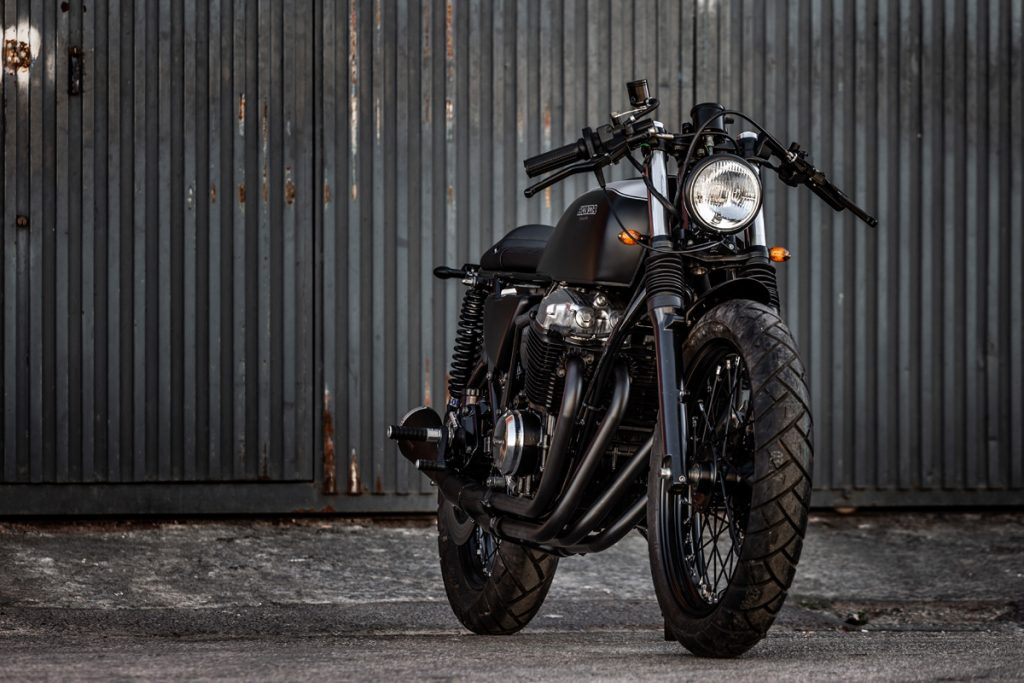 The 4 into 1 Spark exhaust was fitted so the engine could breathe more freely.

I mentioned “James” by Street Garage earlier – as these two bikes are kept in the dark and matte look. But this one is more old-school – with the spoked wheels and a street-oriented style. Rather than being a vintage offroader – it’s almost a definition of a Cafe Racer style. Almost… as the seat and the tail are one piece – made of leather, rather than aluminium or resin. 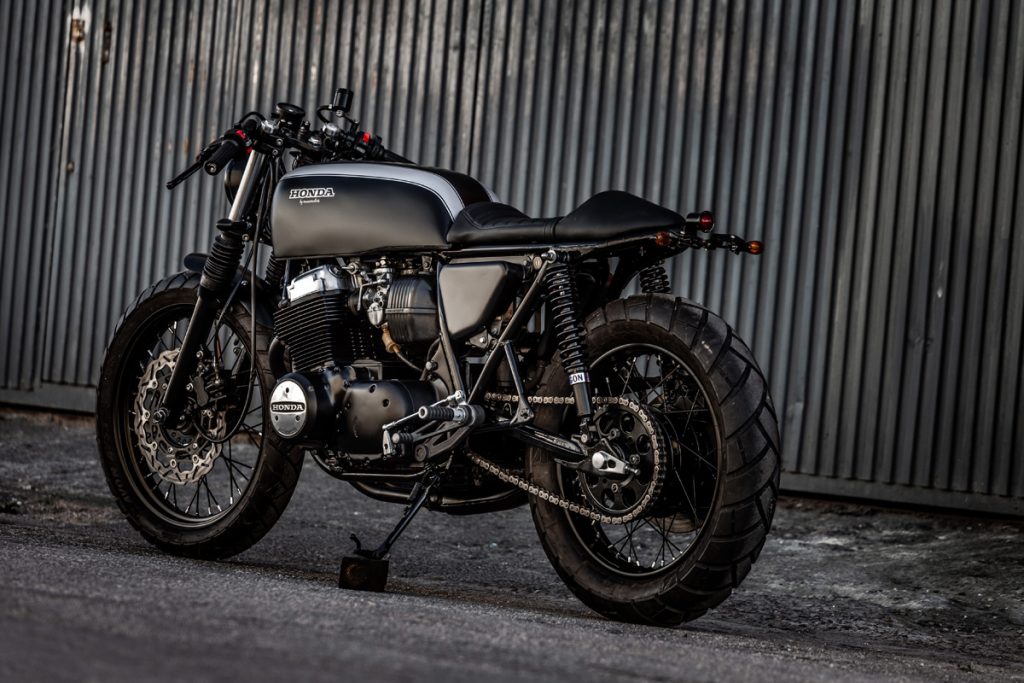 There were no efforts made to clean up the triangle under the seat. I appreciate the original mechanical attributes that were just restored without additional modifications there. The general line is clean and straightforward, yet aggressive thanks to the new and modern front end. 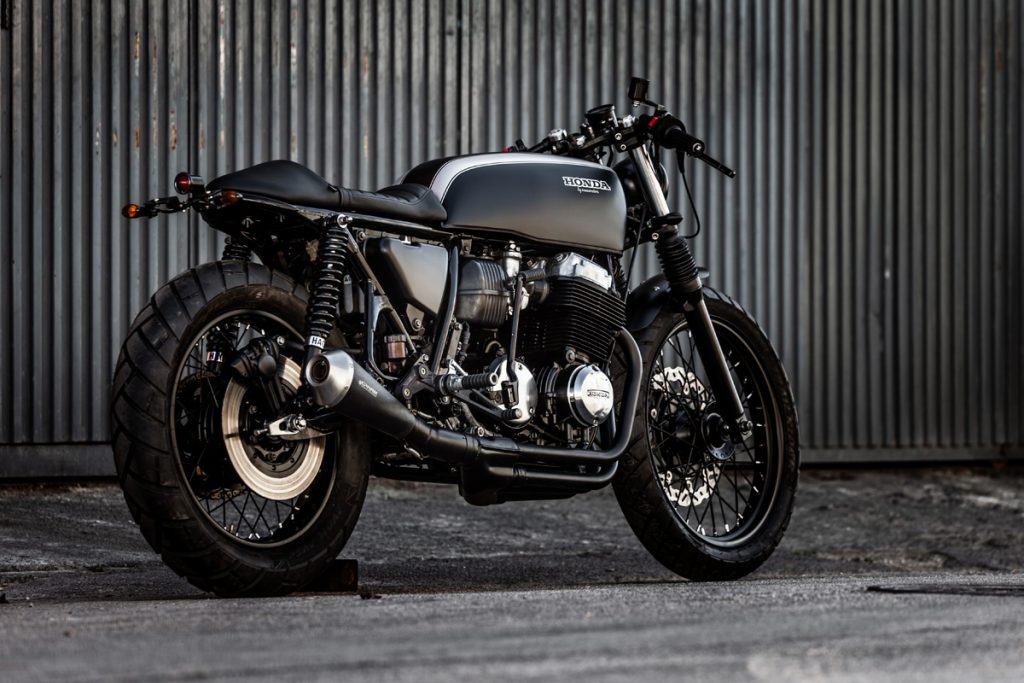 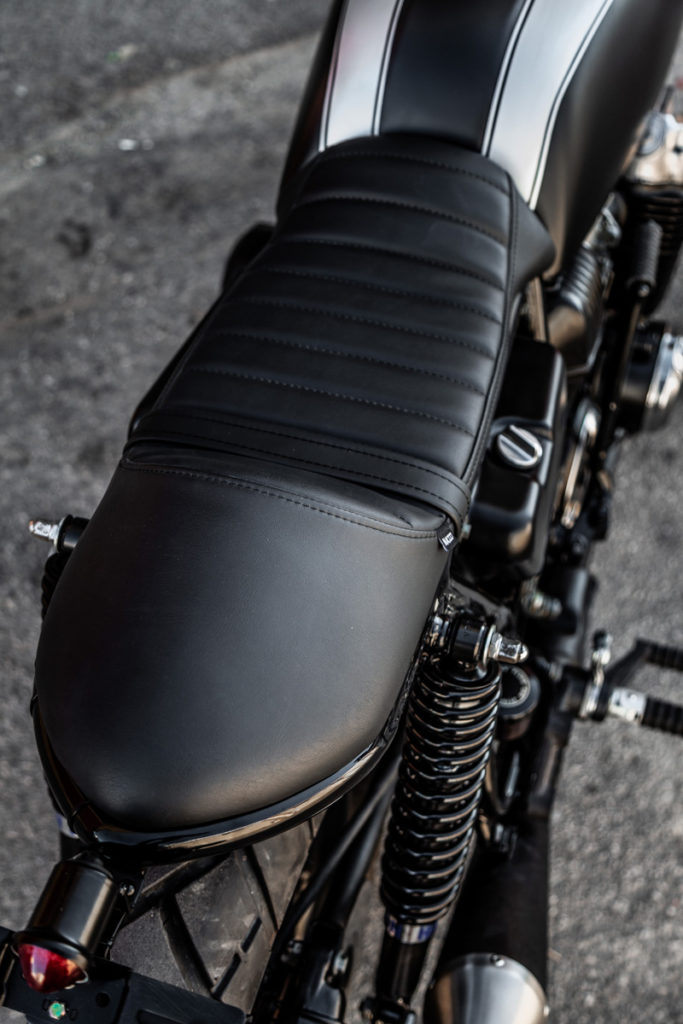 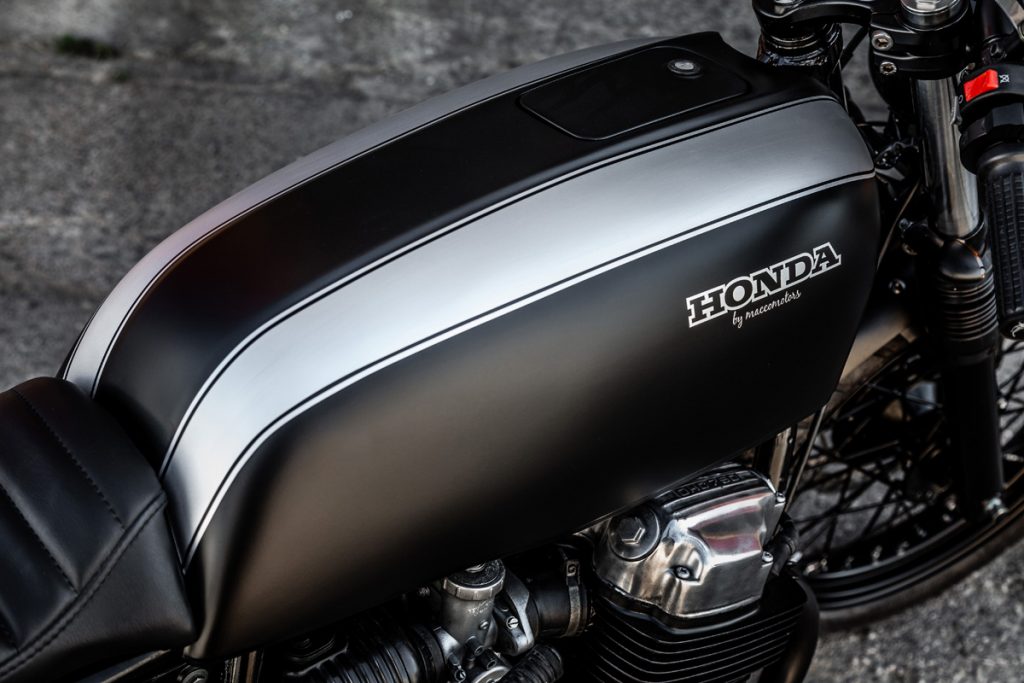 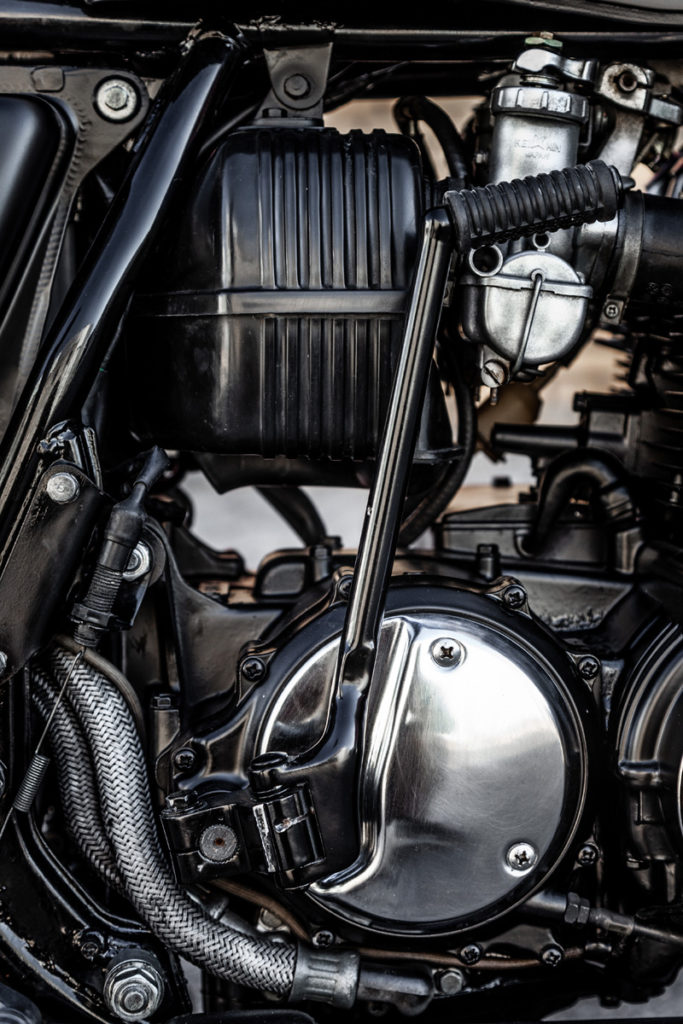 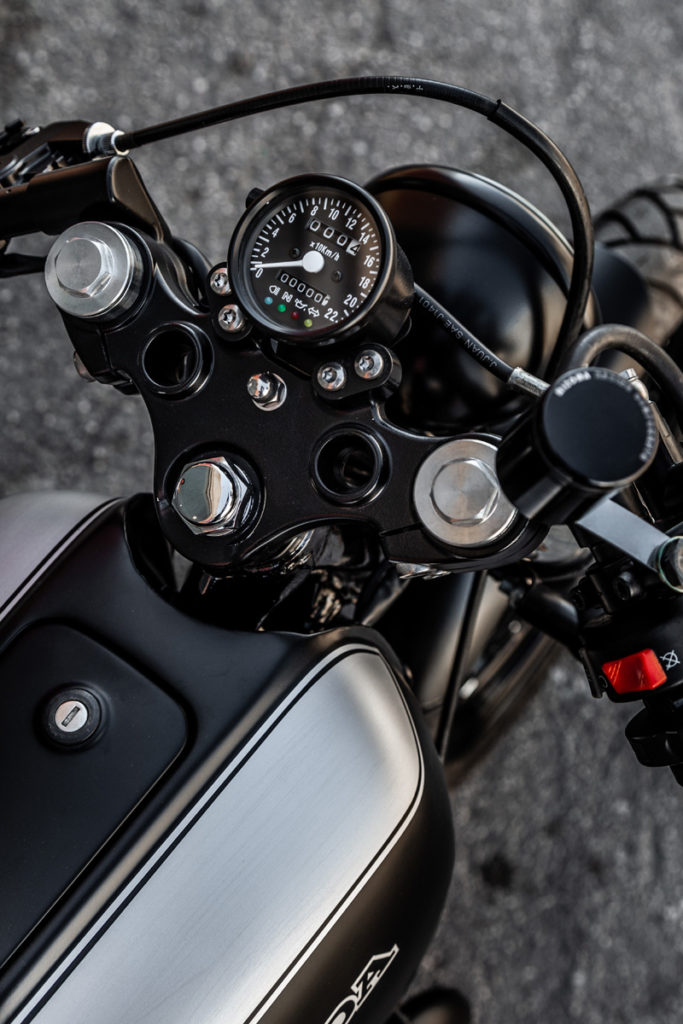 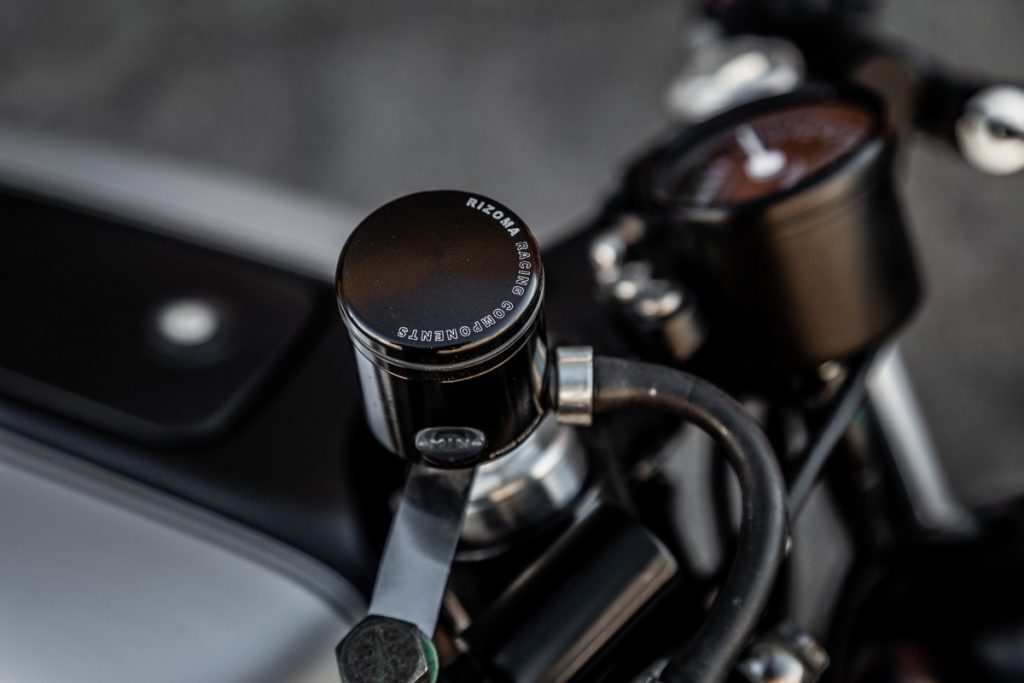 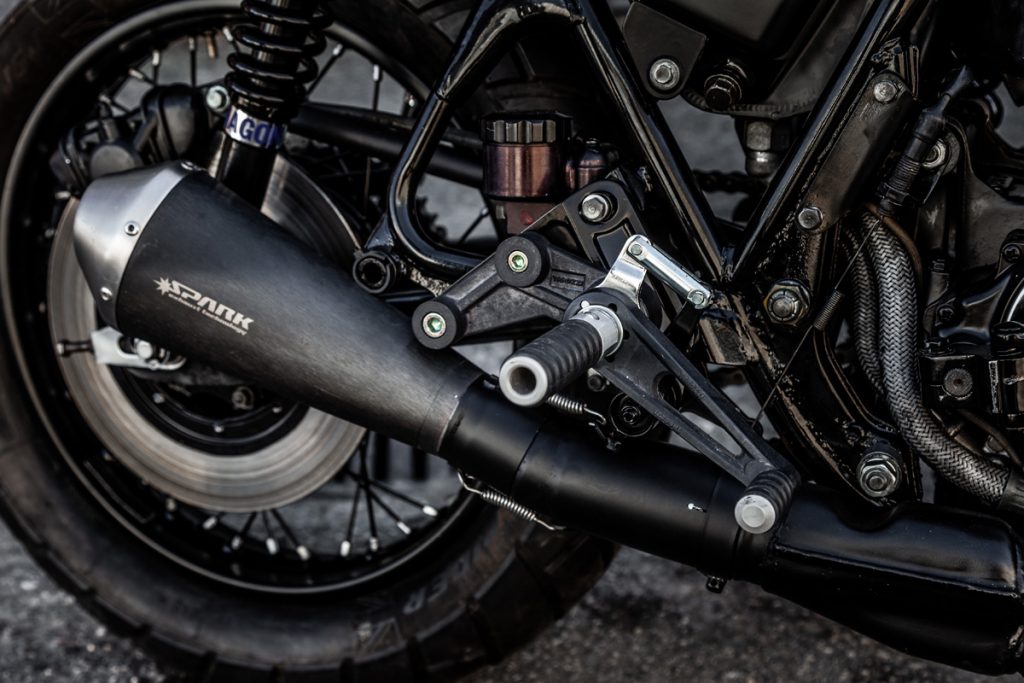 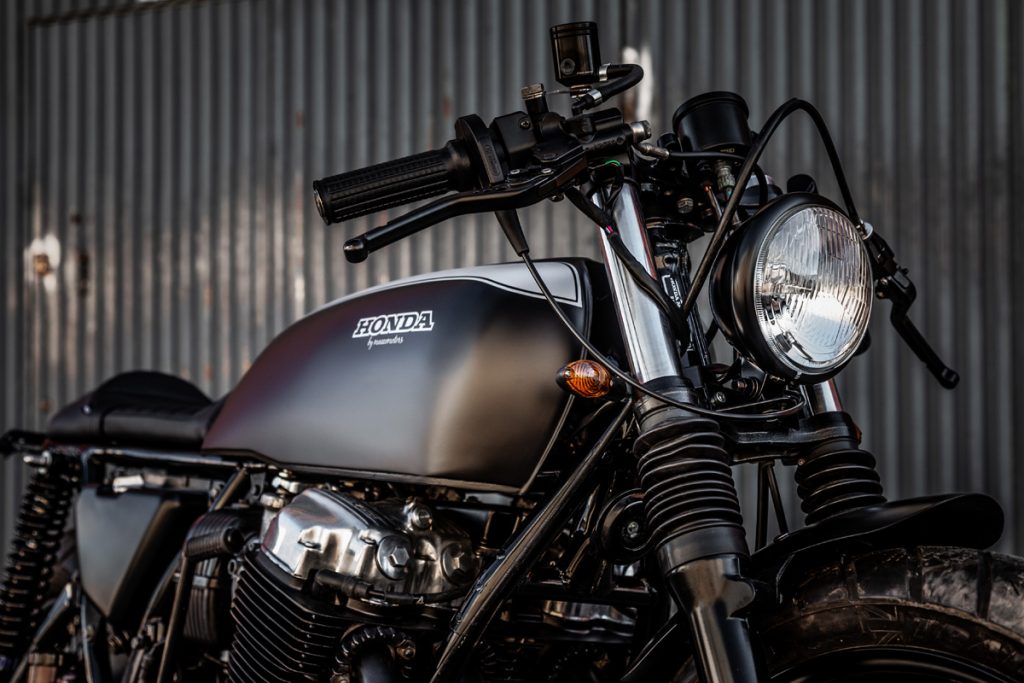 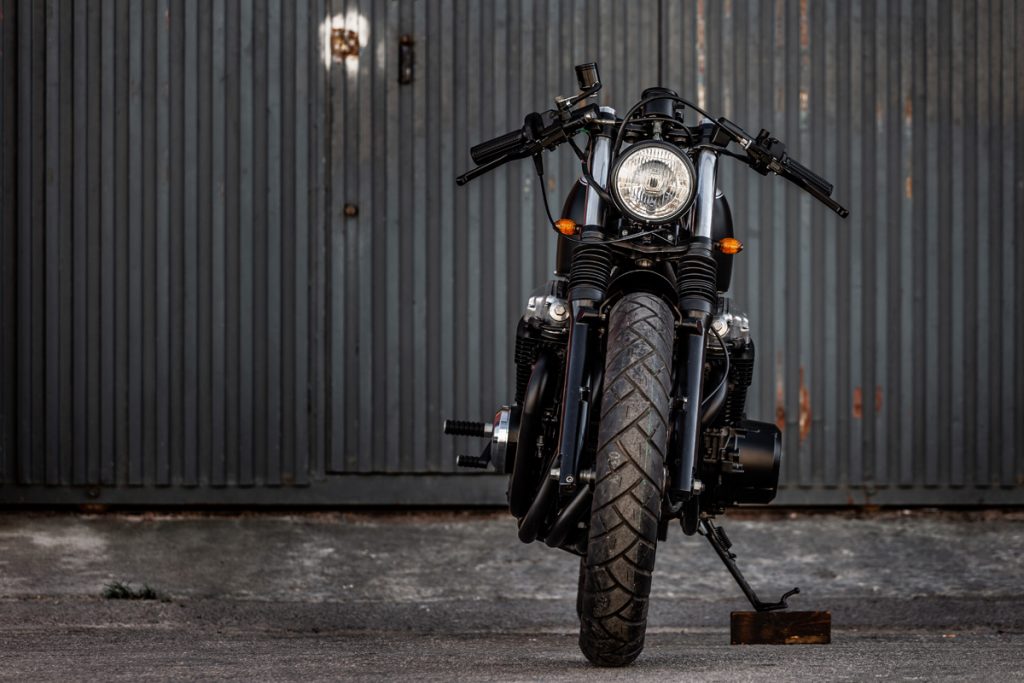