I’m sceptical regarding the builds that begin their life as a modern sport or sport-touring bikes. Usually, the build story behind such custom is something like: “I crashed my CBR, and want to fix it cheap” – meaning a street fighter or a quasi cafe racer is born. I don’t like this inspiration. But You cannot deny the primal motive to it – meaning… “I just want to keep riding!” 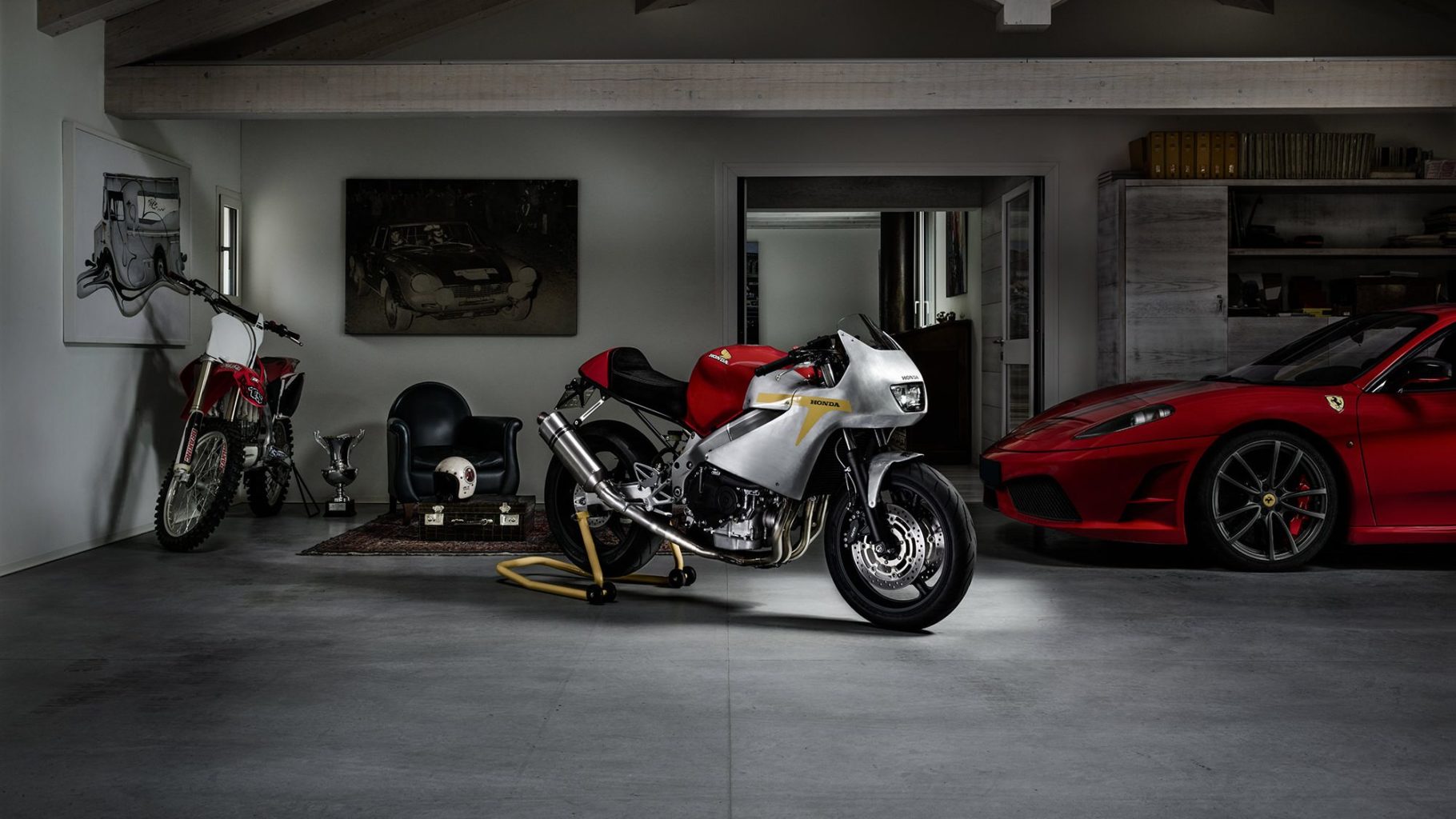 As long as it’s built while keeping the safety and proper quality in place – You can respect that genre.

On the other hand – I’m thrilled that another side of the custom scene is growing. Modifying modern sport bikes to make them look more retro – it’s getting more popular and appreciated.

This build is neither of these types.

The happier I am to read the story of this machine 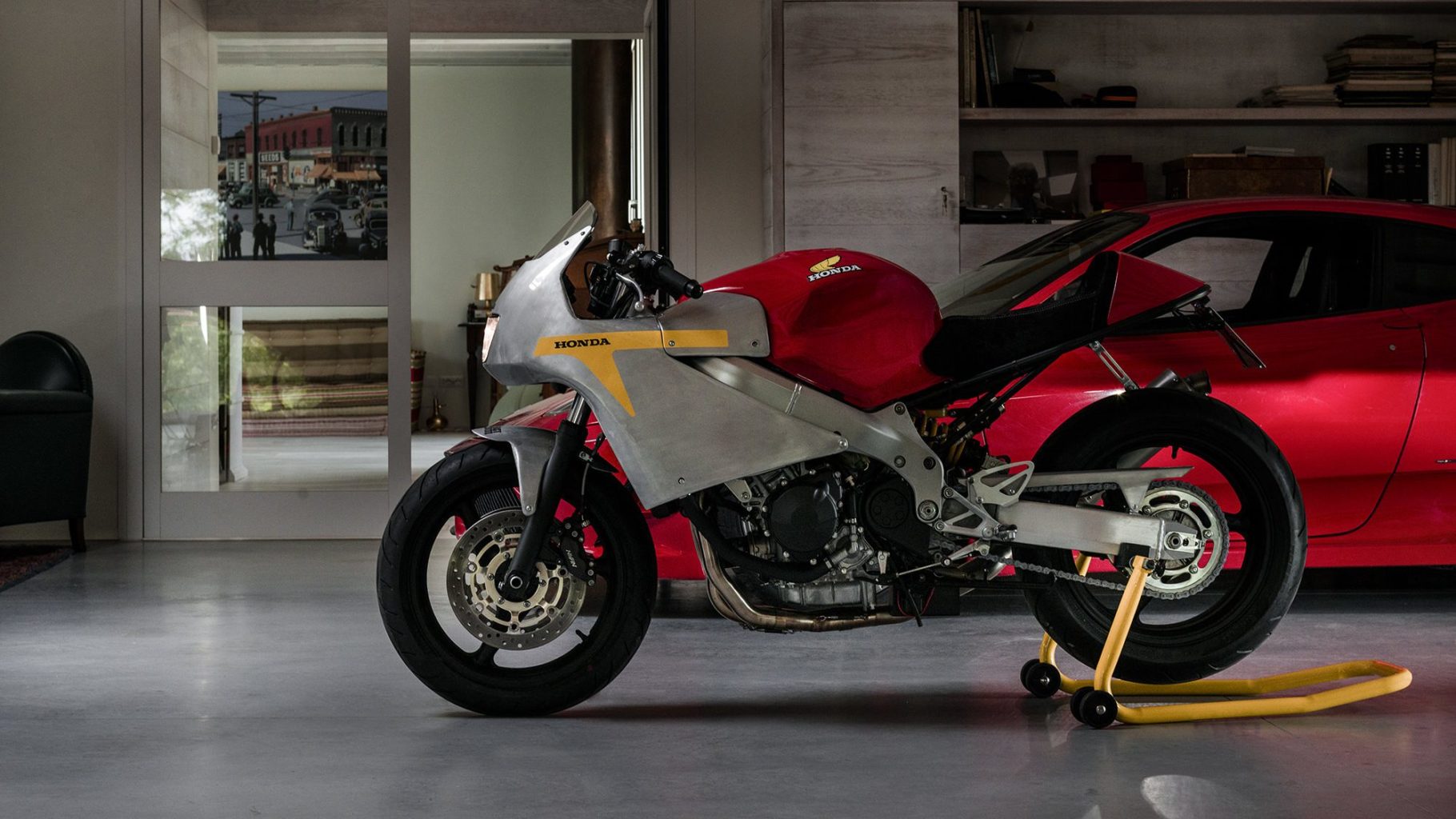 The CBR600F is a medium-size sport touring motorcycle. Its reputation is big. As it is an affordable, reliable and a good handling bike. CBR will do well as a daily ride and even surprise the rider on the track day.

It’s quite a rare bike to modify though… 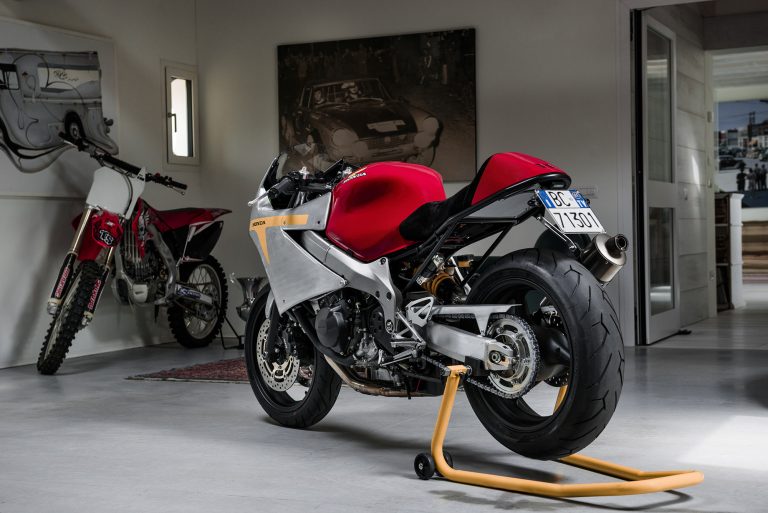 This build has some story to it. It was meant to take the owner about 2k km to a Tourist Trophy on the Isle of Man. At the same time, to be a tribute to Honda relationship with this event.

Every biker knows the Isle of Man TT logo and knows what is it about. It was this event that inspired Soichiro Honda to build a fantastic RC166. A competition that is 112 years old deserves a thought through tribute. 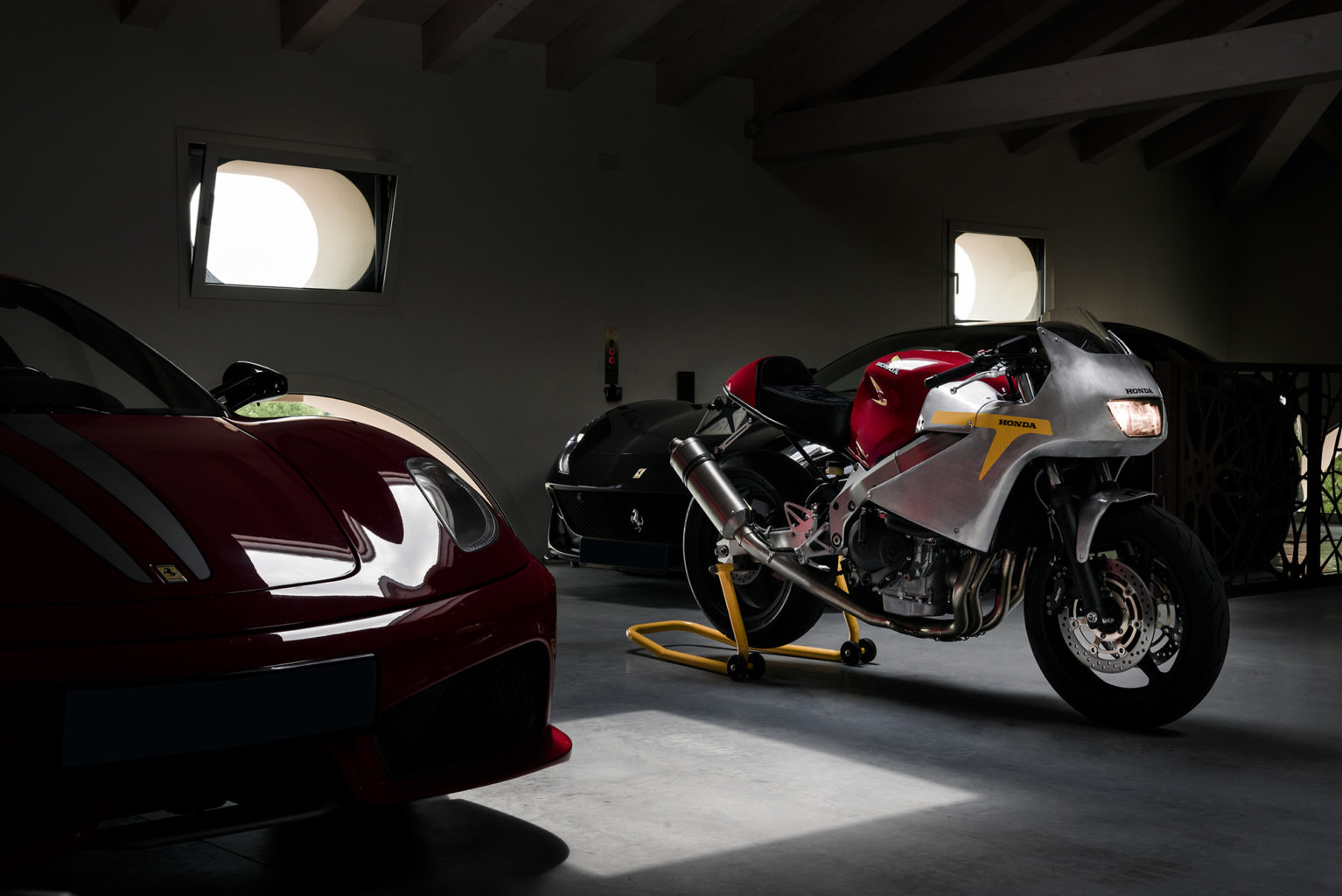 This 2001 CBR was build using the old fashioned pure metal, with a retro racer style, You can even find the cafe racer inspiration in it. The front fairing is made of 0,9 mm aluminium sheet. That makes it super light. It’s mounted on a custom made steel frame. And it resembles the Honda RC racers from the ’60s. Not only with the shape, but also the paintwork (obviously only parts of the bike are painted as aluminium is natural). 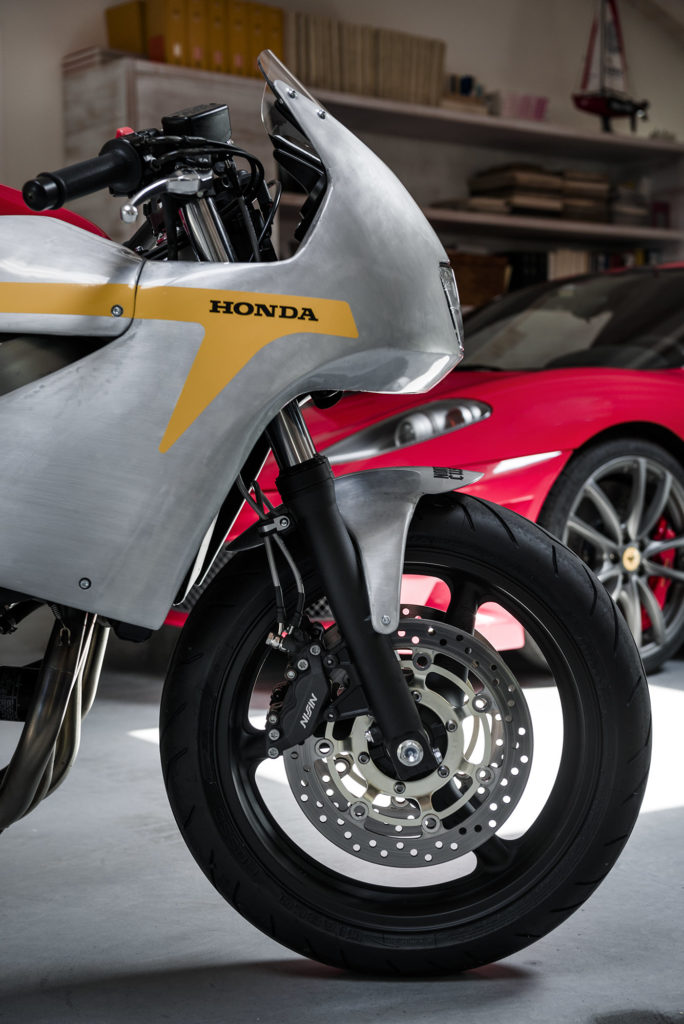 It was shaped by hand using old fashioned metalworking methods

The more impressive it is, considering the fitting quality (over the original Honda headlight). The tail is also custom made – the lightweight subframe is bolted to an original CBR600F frame. The rider position didn’t change much – as this motorcycle is meant to retain its touring comfort. On the technical side – the exhaust is from Akrapovič and was modified a little to fit the concept. 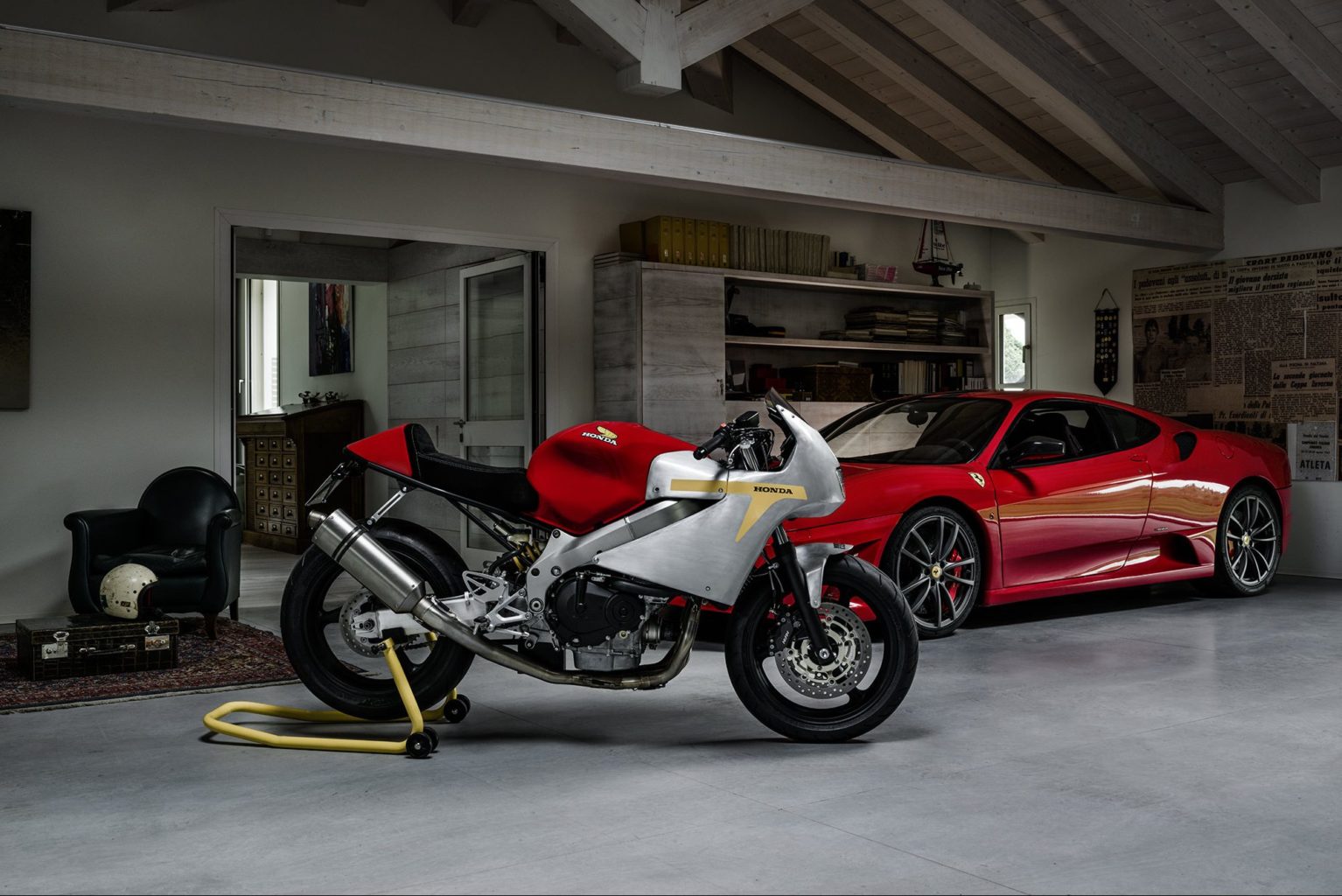 I love this build. It’s kind of refreshing. Doesn’t seem like much at first glance, the donor bike probably makes the critics smile a little… but it looks perfectly elegant and stylish. And when You get to know the story? It makes perfect sense. It’s genuine and honest. 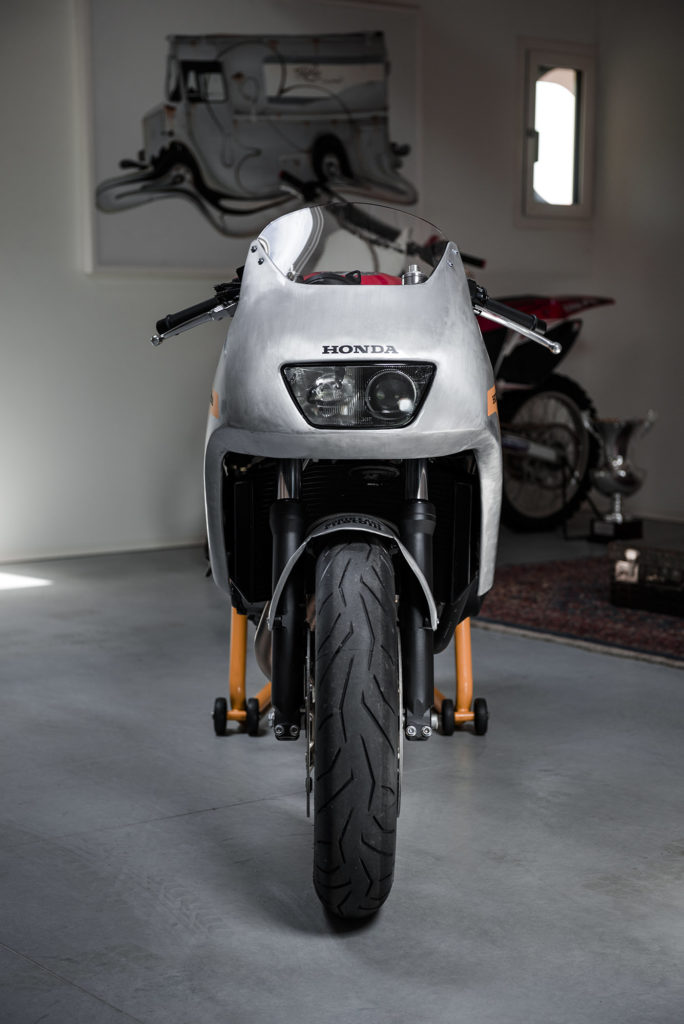 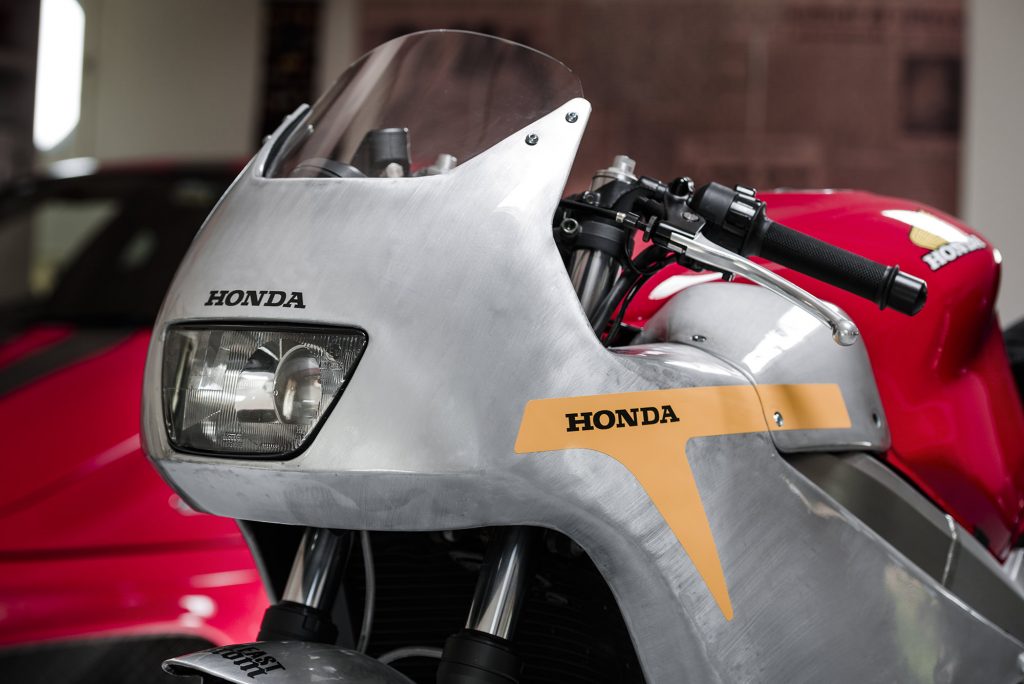 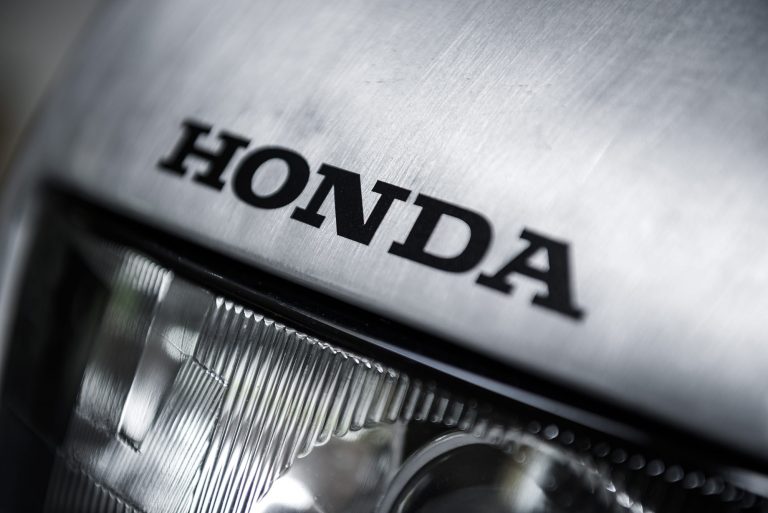 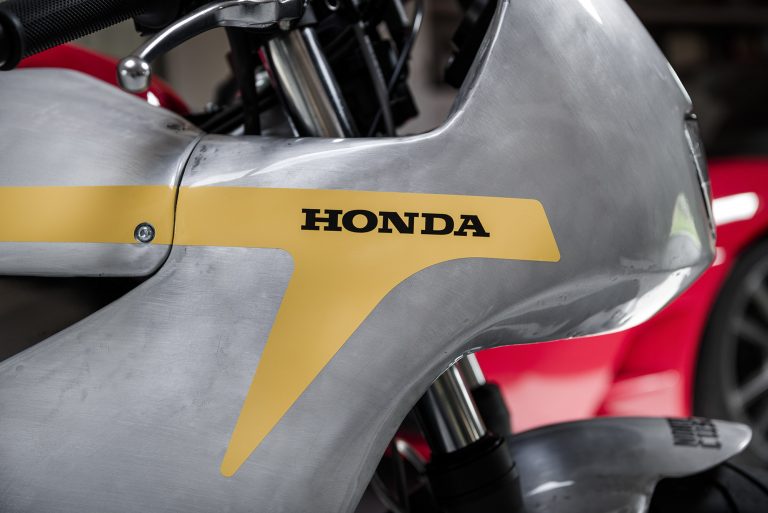 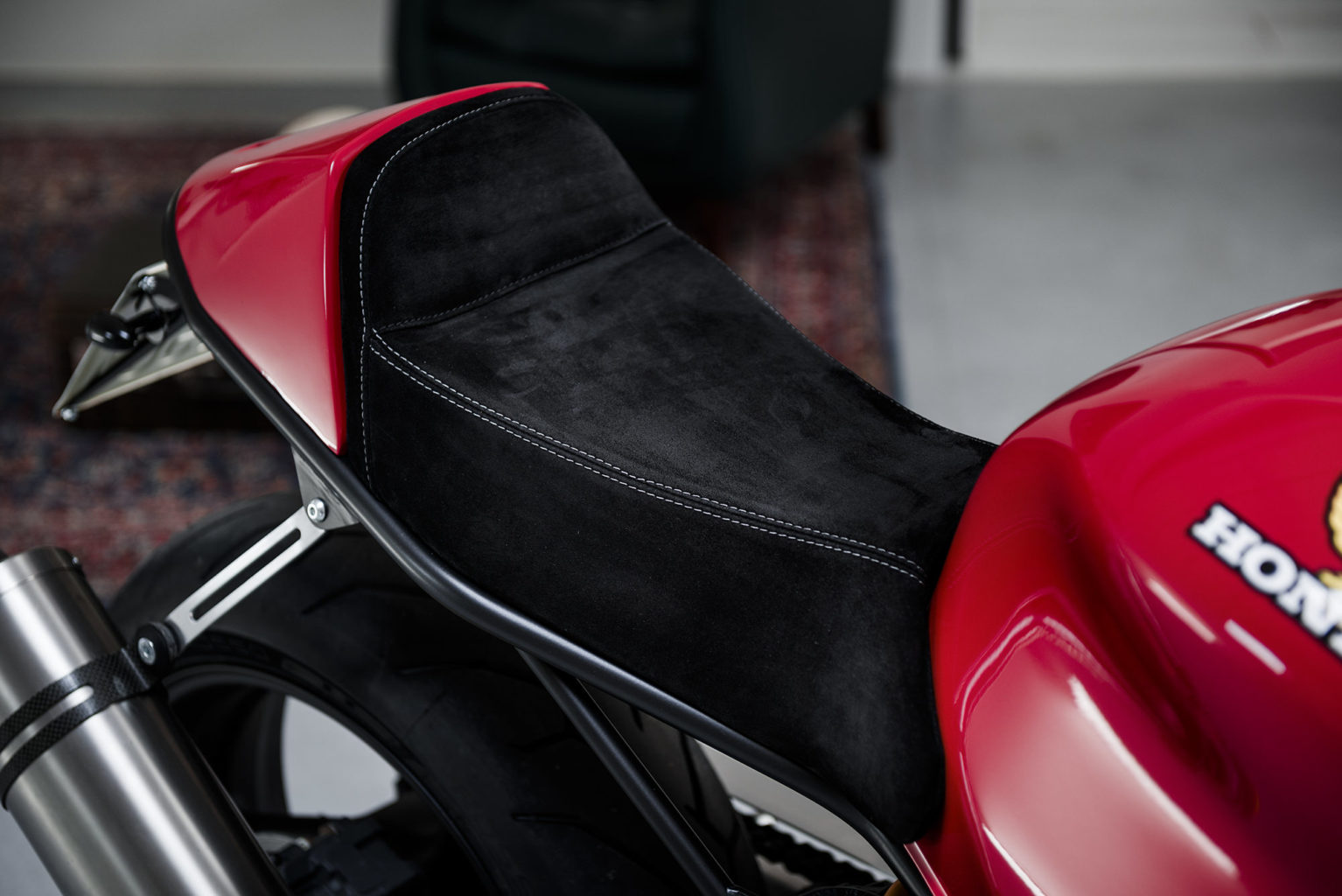