Kawasaki KZ1000 (known as Z1000 on the markets outside the US) is an underappreciated classic. That is a very polarising motorcycle. On the one hand – it’s been around for decades – serving mostly as the police bike since 1977 up until 2005. It won some AMA Superbike championships and… starred in few popular movie hits. Like the original Mad Max and Harley Davidson and the Marlboro Man, where Don Johnson is shooting a police version of KZ1000. 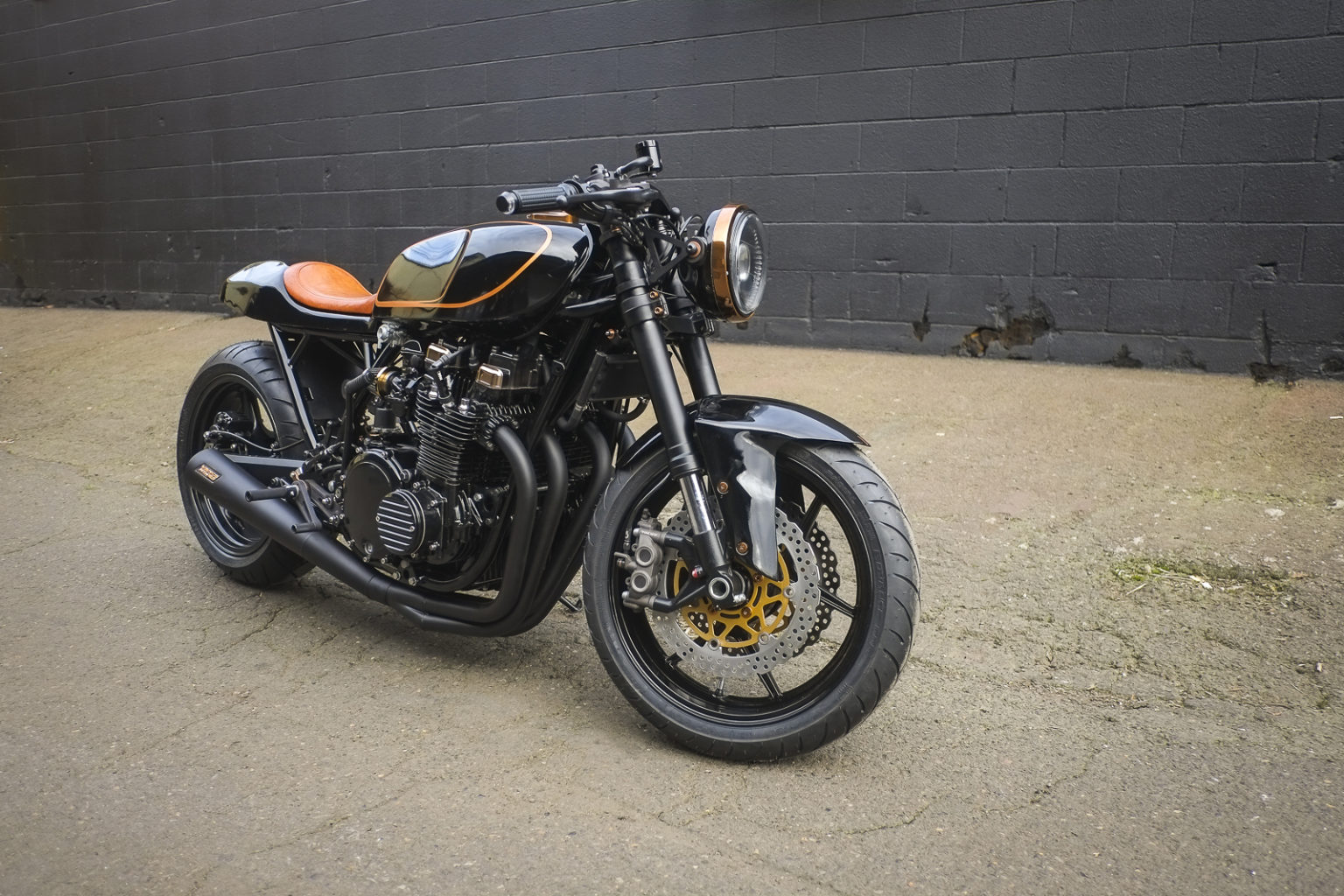 There is a rumour that it was a kind of a statement about how bad this motorcycle was. Well – old air-cooled Kawasaki’s have an opinion of the noisy and clacking engines. Especially compared to the perfection of what Honda offered. We’ll probably never know the truth behind the origins of the mentioned scene… The fact is – that this described KZ1000 is far from the condition that the movie bike was in.

It was customized by Nova Motorcycles 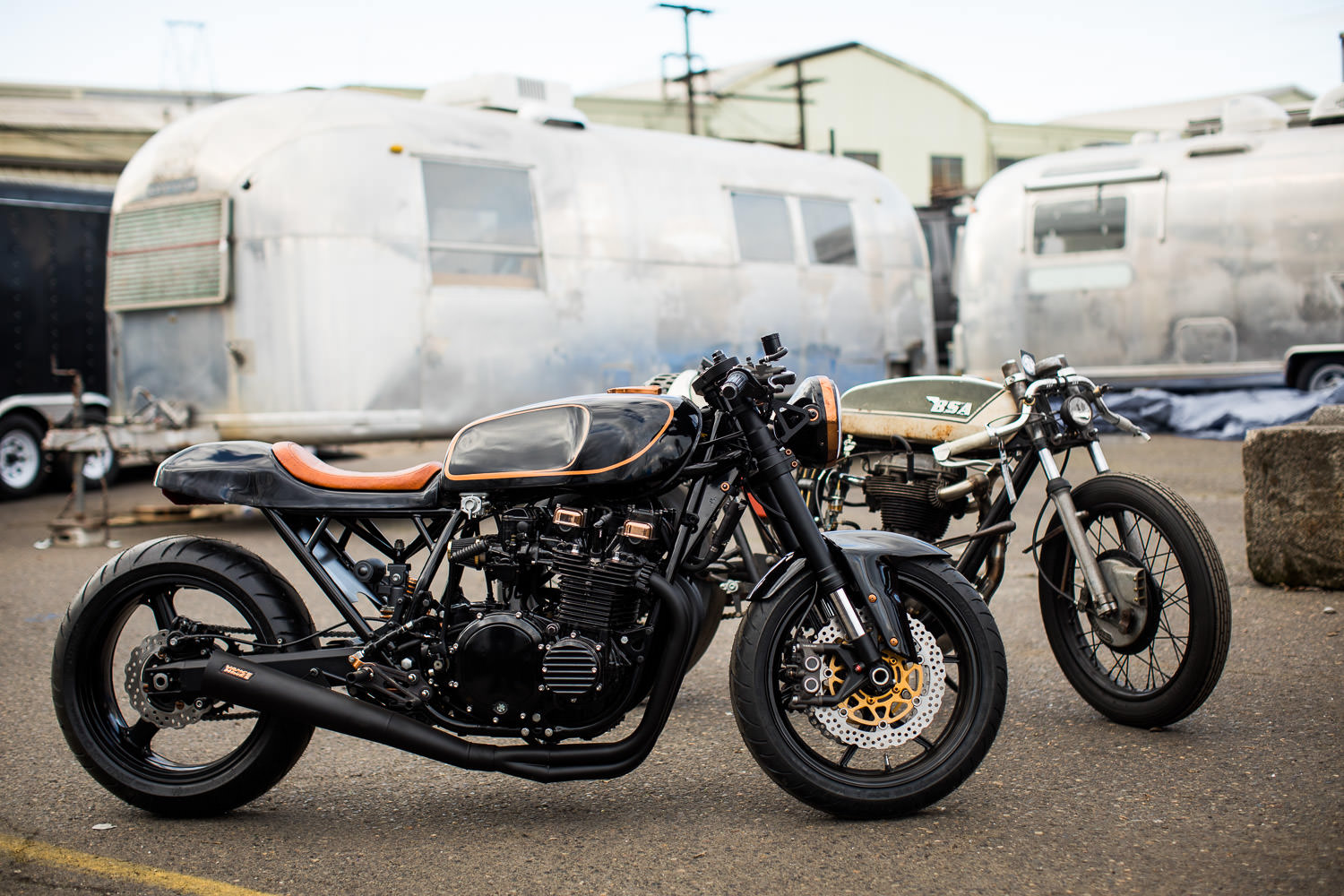 This workshop located in Turners Falls, MA, created this restomod from a bike that wasn’t in good shape. The front end comes from ZX6; the rear section was rebuilt to fit a mono-shock and some modern wheels. 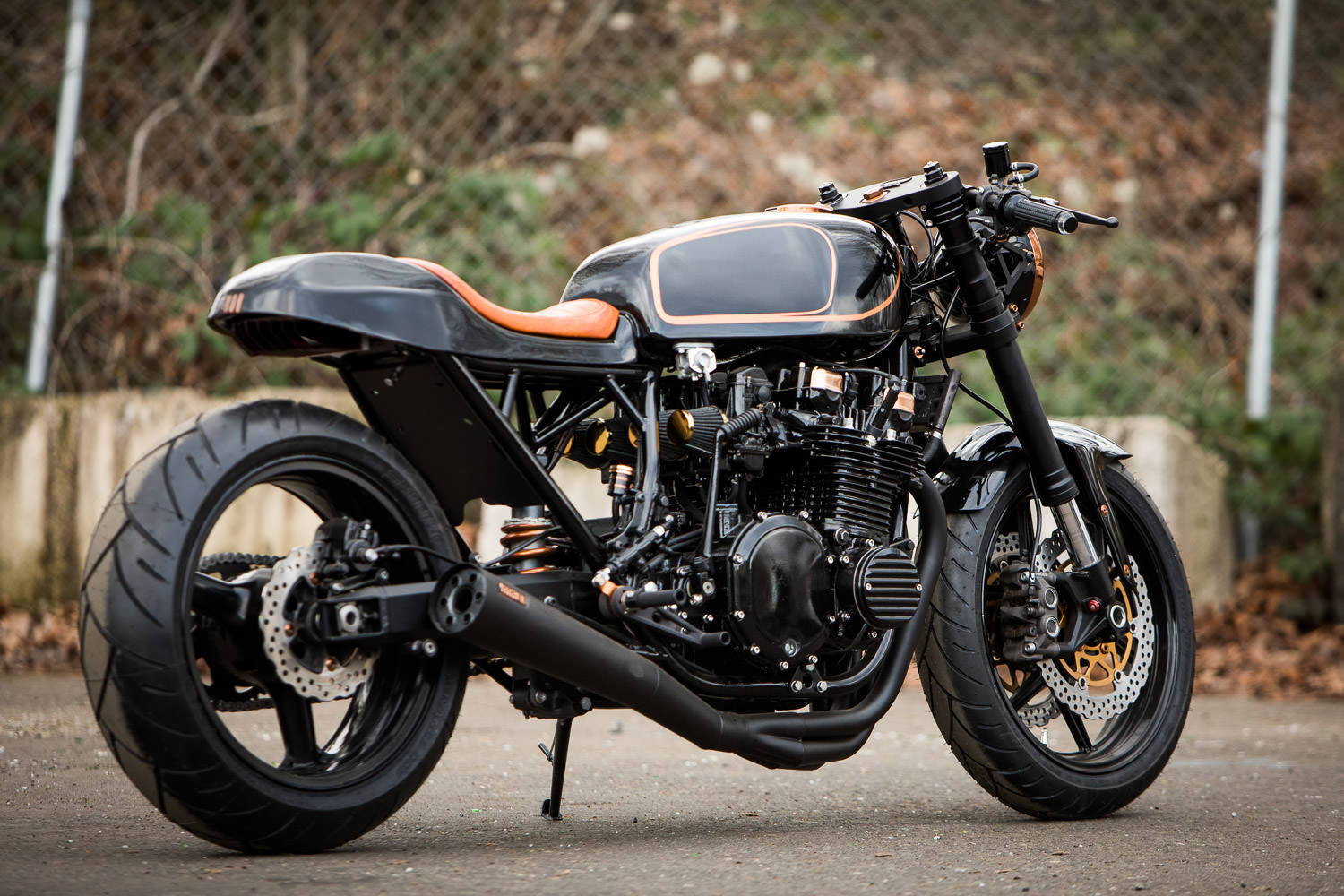 The style is unique. Tank from a Yamaha XS850 fits nicely. The paint job makes a statement. Black always works. What I especially like the pinstriping and details covered in “copper”. 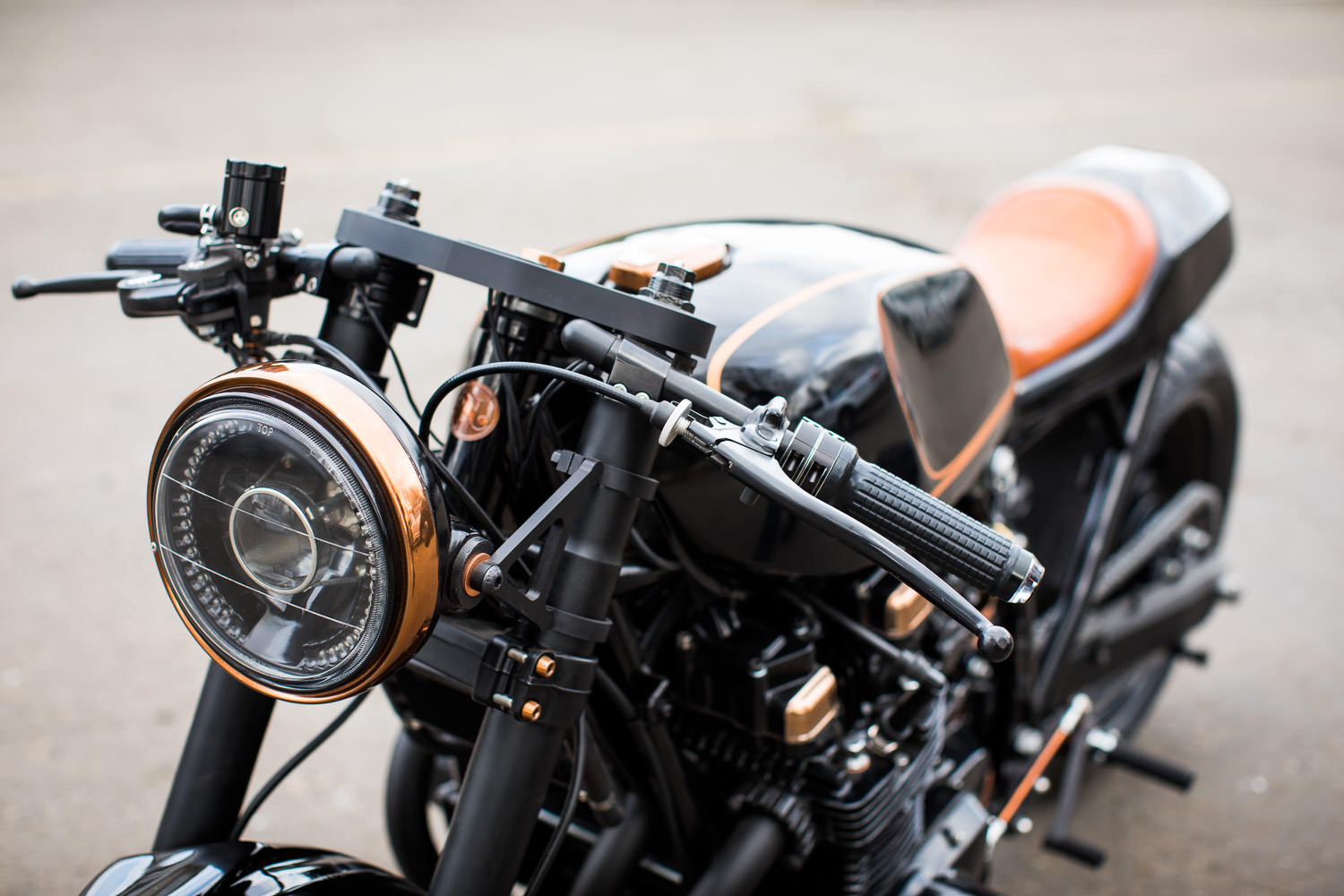 Even the Vance & Hines exhaust has a nice logo styled to look orange. The headlight also wears this colour as an accent – makes an unlikely pair of an LED appearance with such a retro styled look.

The switches and gauge come from Motogadget. 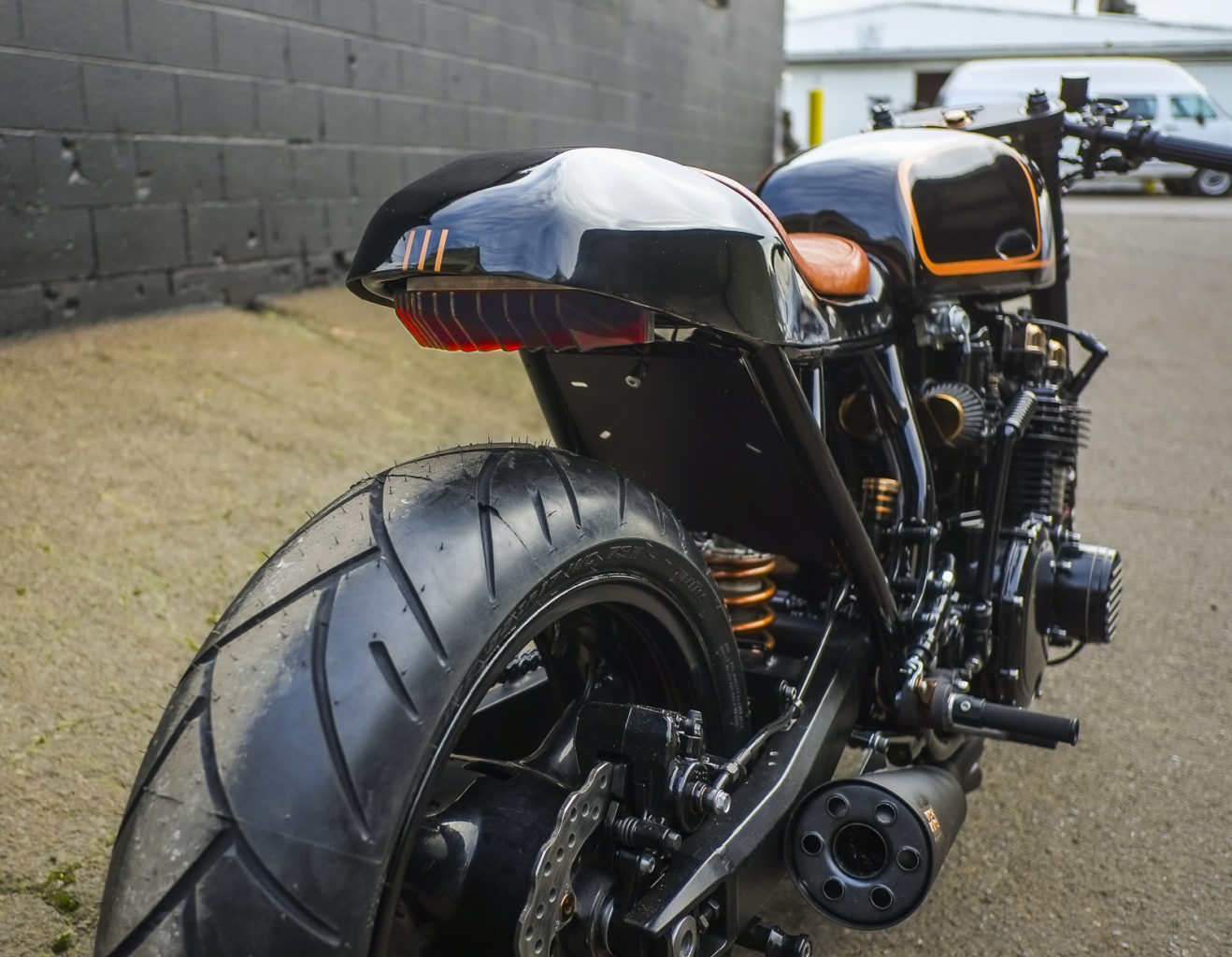 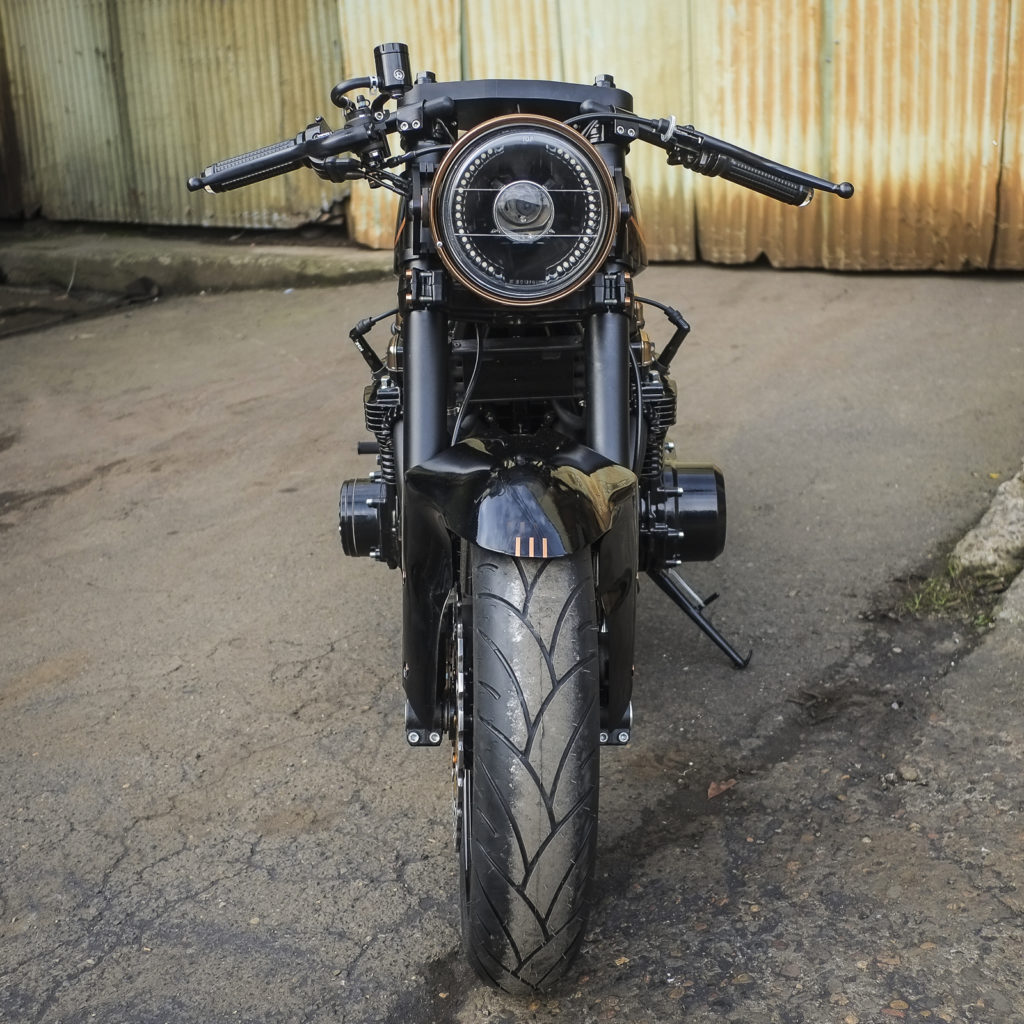 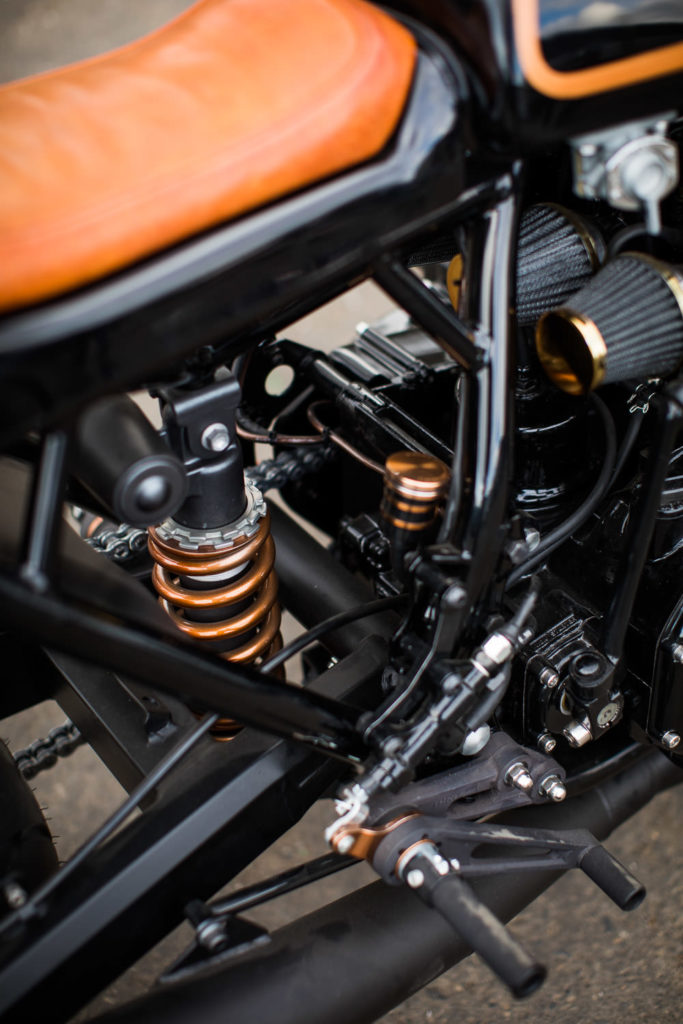 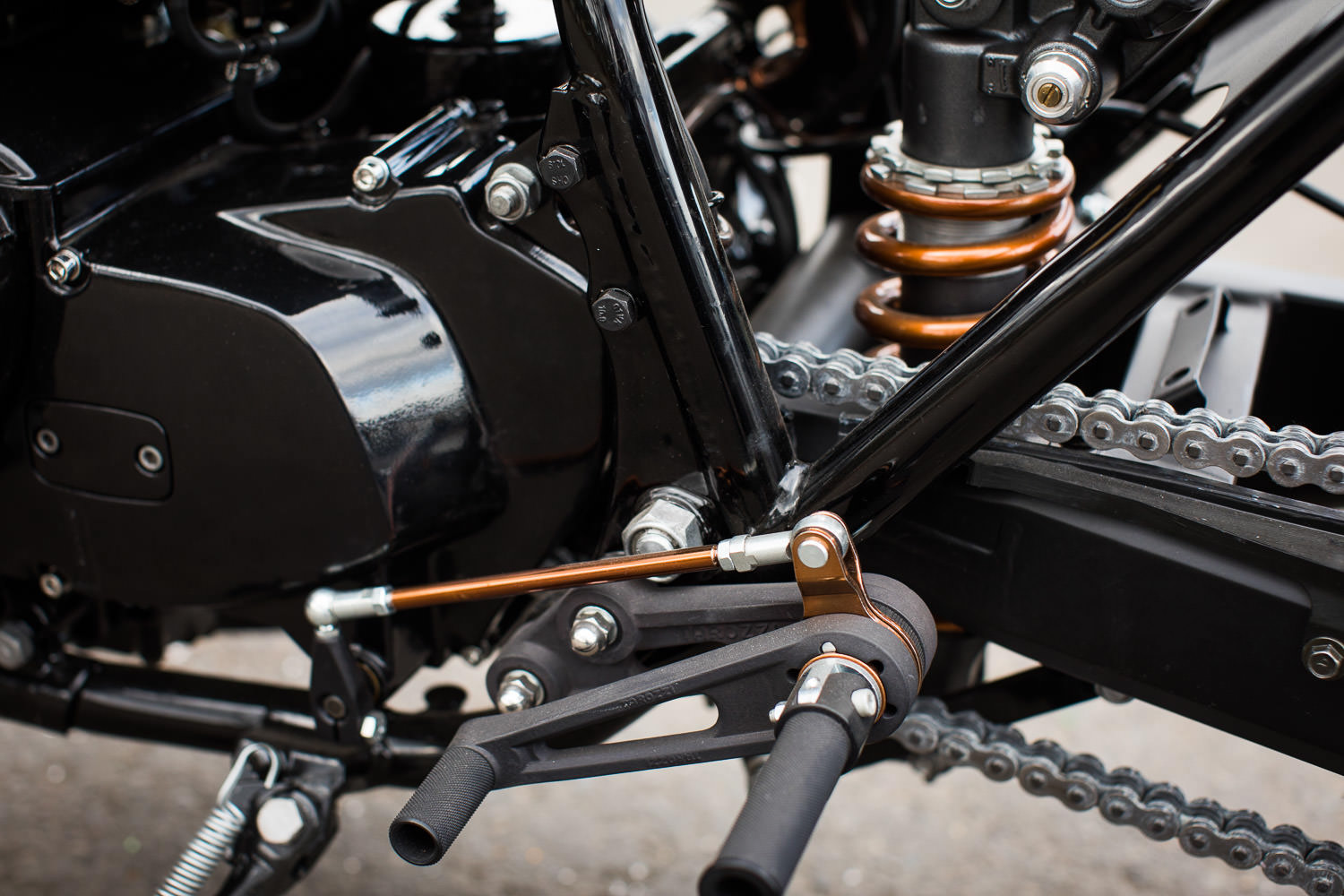 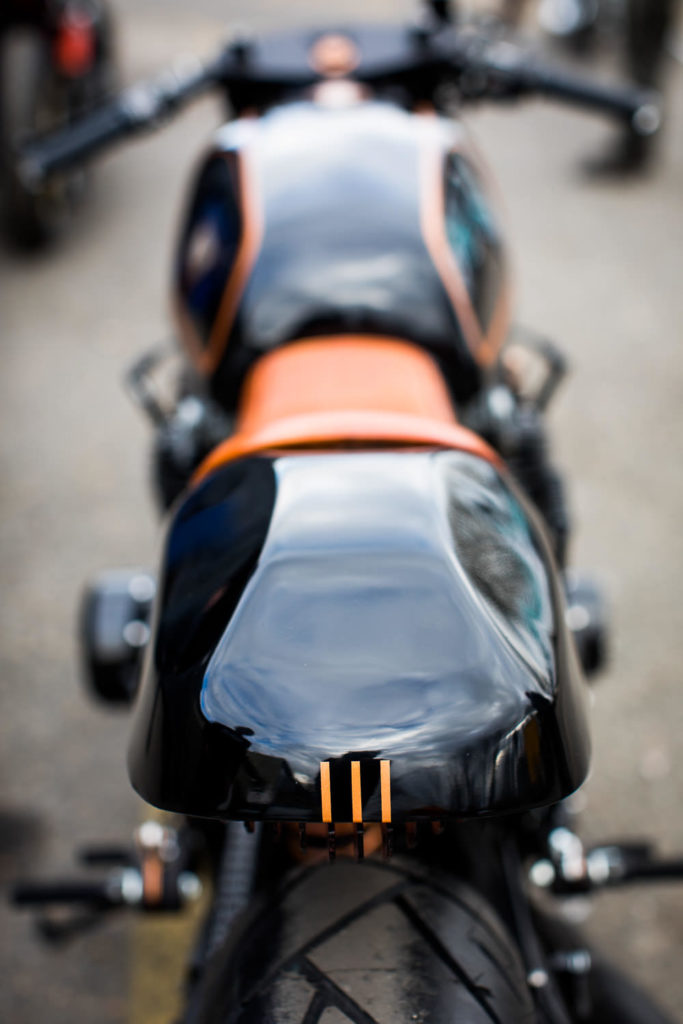 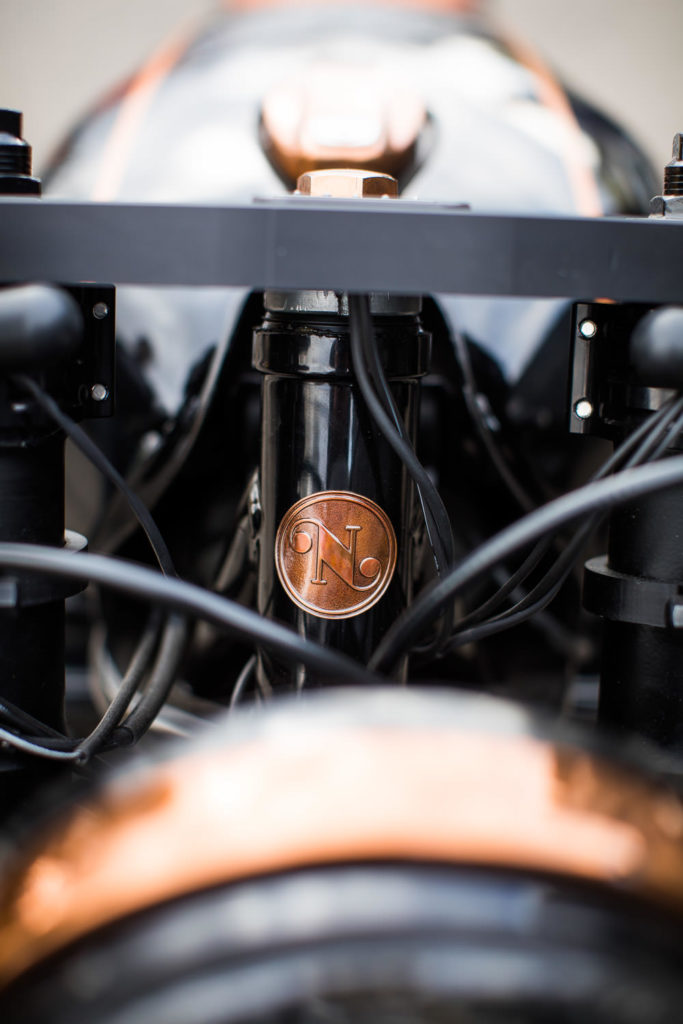 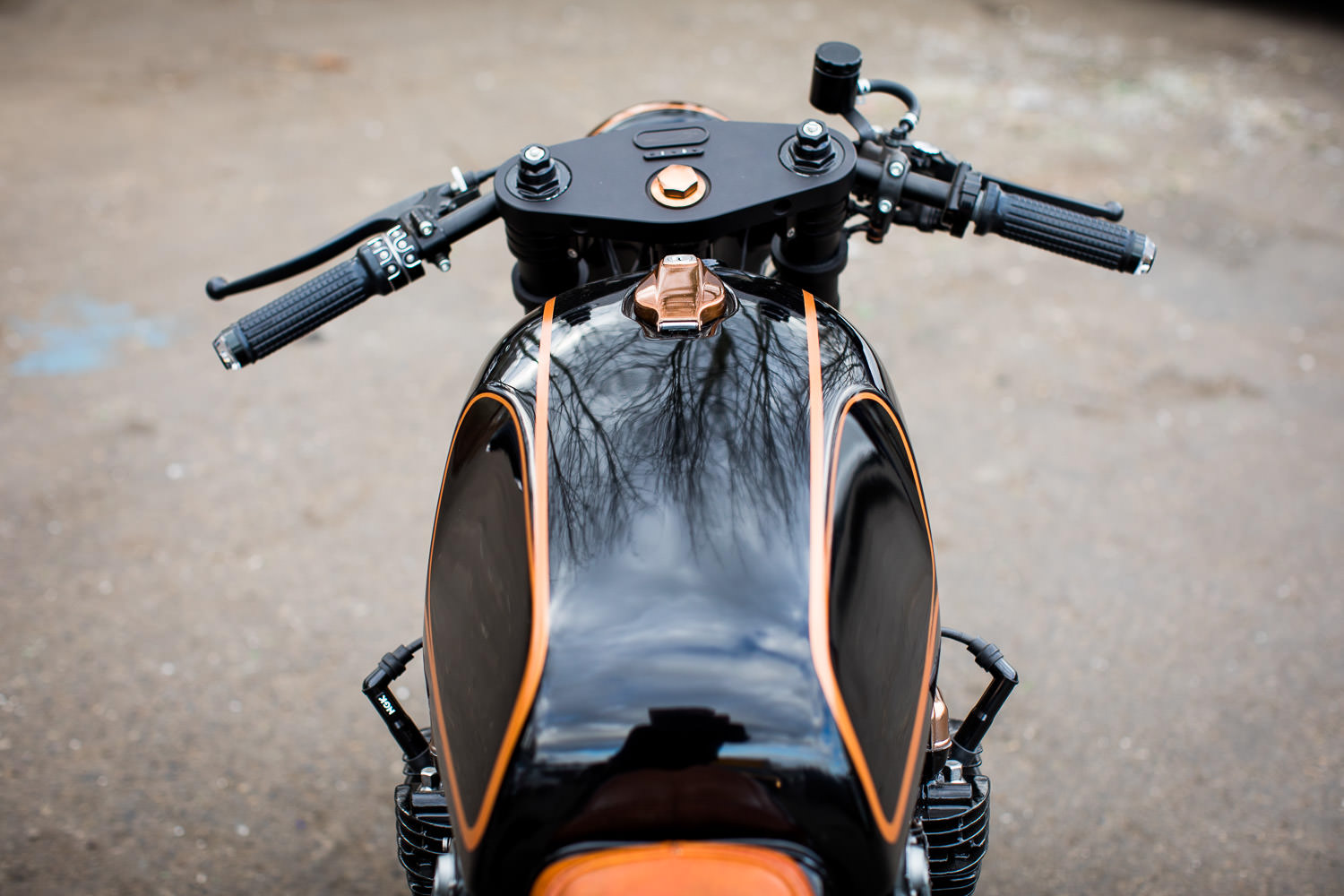 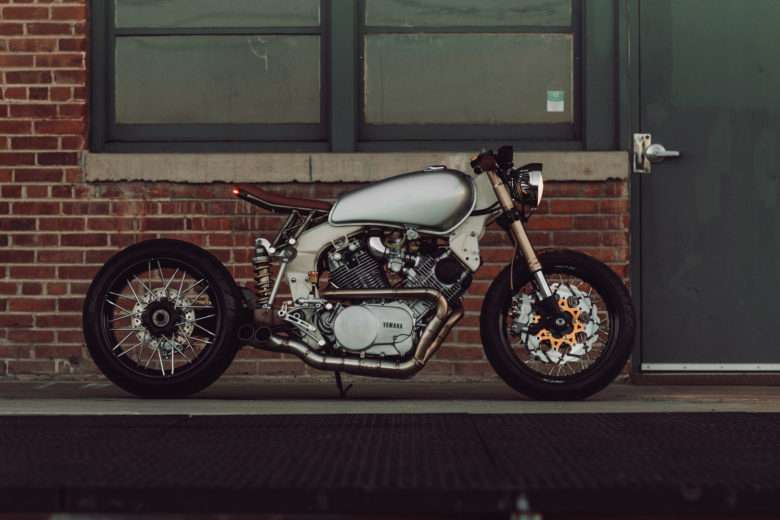