And we’re back from short vacation.

This time it’s something smaller. But it’s to be expected when You’re featuring a build from India. This is where Motokraft Customs is located. And they took on a Kawasaki… actually multiple Kawasaki’s;) And turned them into a Cafe Racer – Kawasaki MK46 – Valentino Rossi tribute bike.

The base bike make’s it quite a challenge.

As it all started with a Kawasaki Eliminator – chopper frame. Engine comes from a Kawasaki EL400 – tuned up a little (bigger cylinder displacement etc). According to the builder – it was never about a HP, but the bike almost does “the ton” with this setup.

Rear swing arm comes from KTM mono-shock. The tank is modified Royal Enfield and the rear end is hand made. It all has a nice organic – mechanical finish – rather than a candy GP styled and colored look. It definitely works for me. 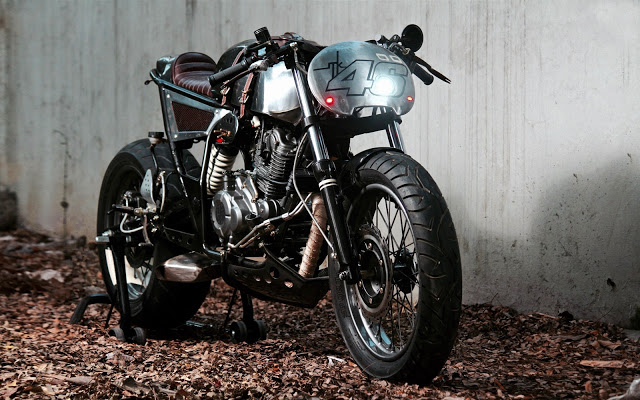 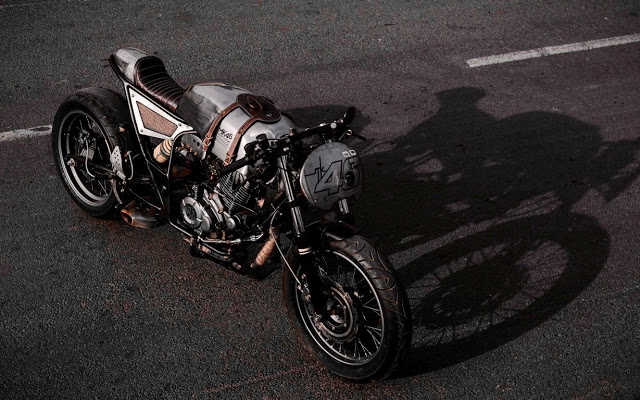 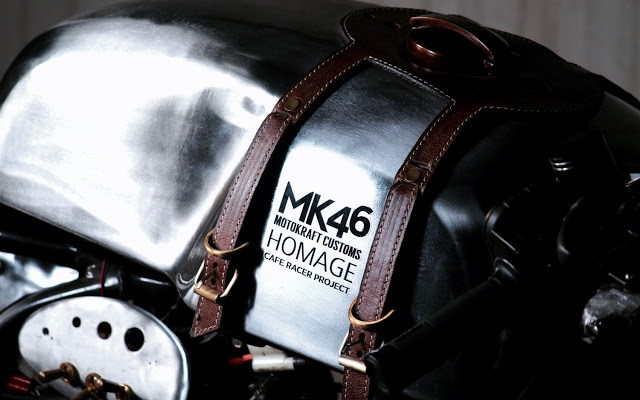 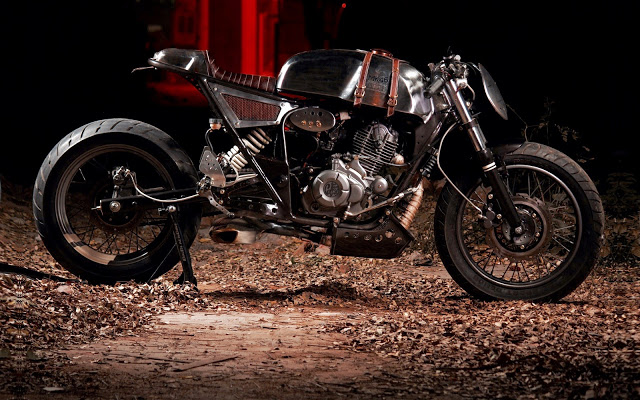 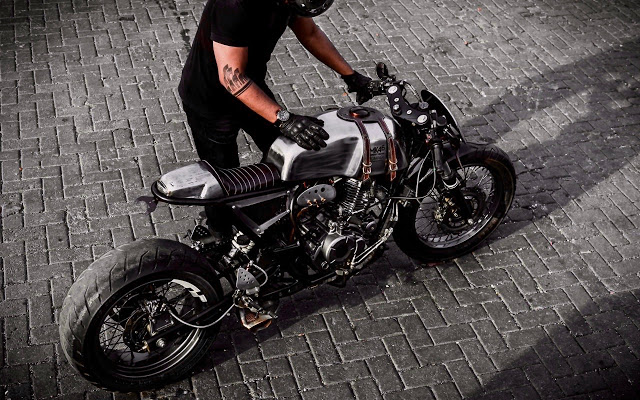