Kawasaki Zephyr. One of the most beautiful neo-classics out there. Often converted into a cafe racer… Not this time. This particular 1993 Zephyr 750 was modified into a brat by VTR Customs. This workshop is known for modifying BMW’s, Especially K-series (they were featured in the last Top 10 post) and R NineT’s. But they don’t avoid working on something else from time to time. 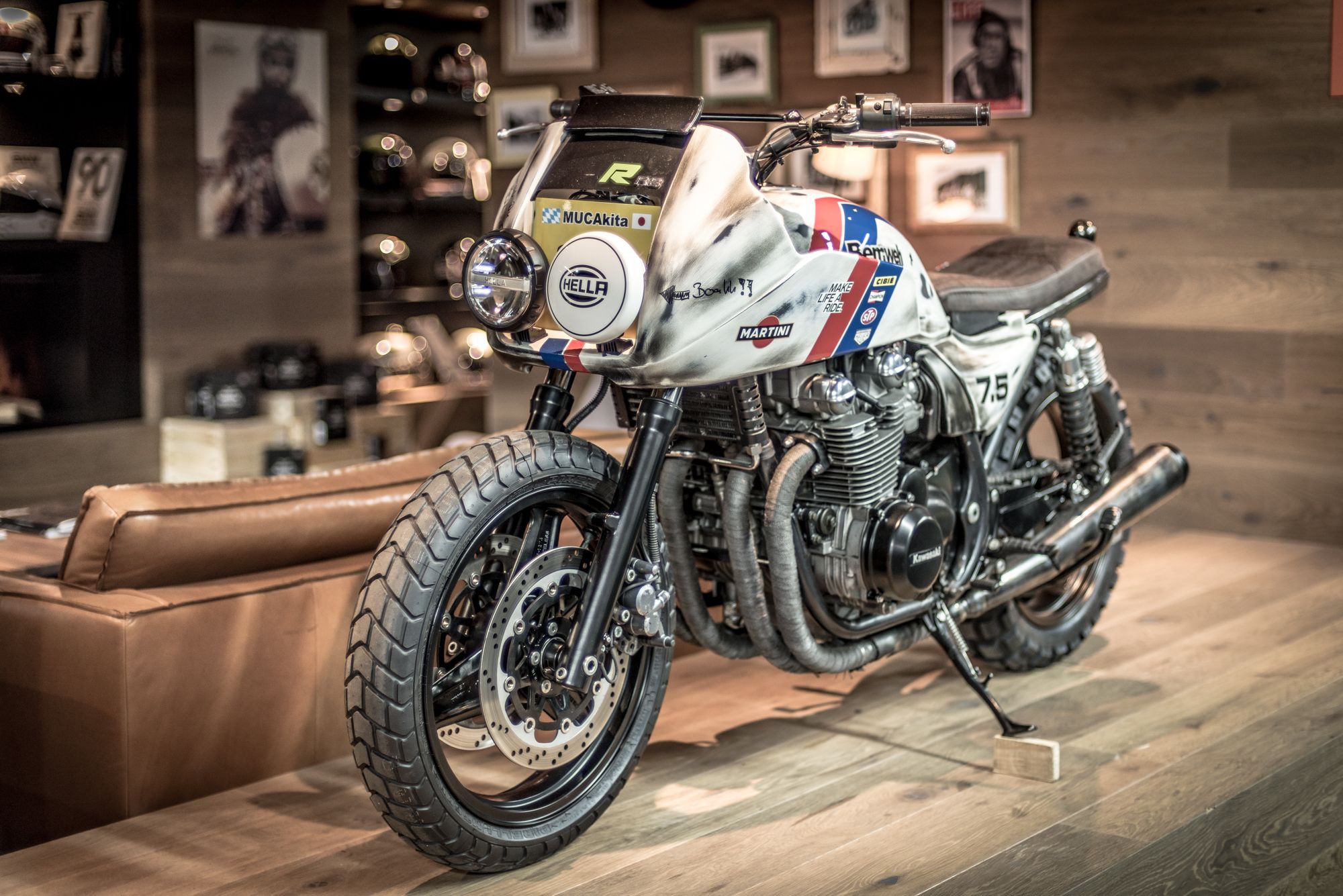 This build is a mix of styles.

And that is why I like it so much. Generally, it’s listed under a “Brat” category on the builder’s page. I would go with a Scrambler section there.  Equipped with some medium offroad tires and some wide and straight handlebar. But with a fancy custom fairing (taken from a K100 RS) and twin headlights that complete the offroad vibe. 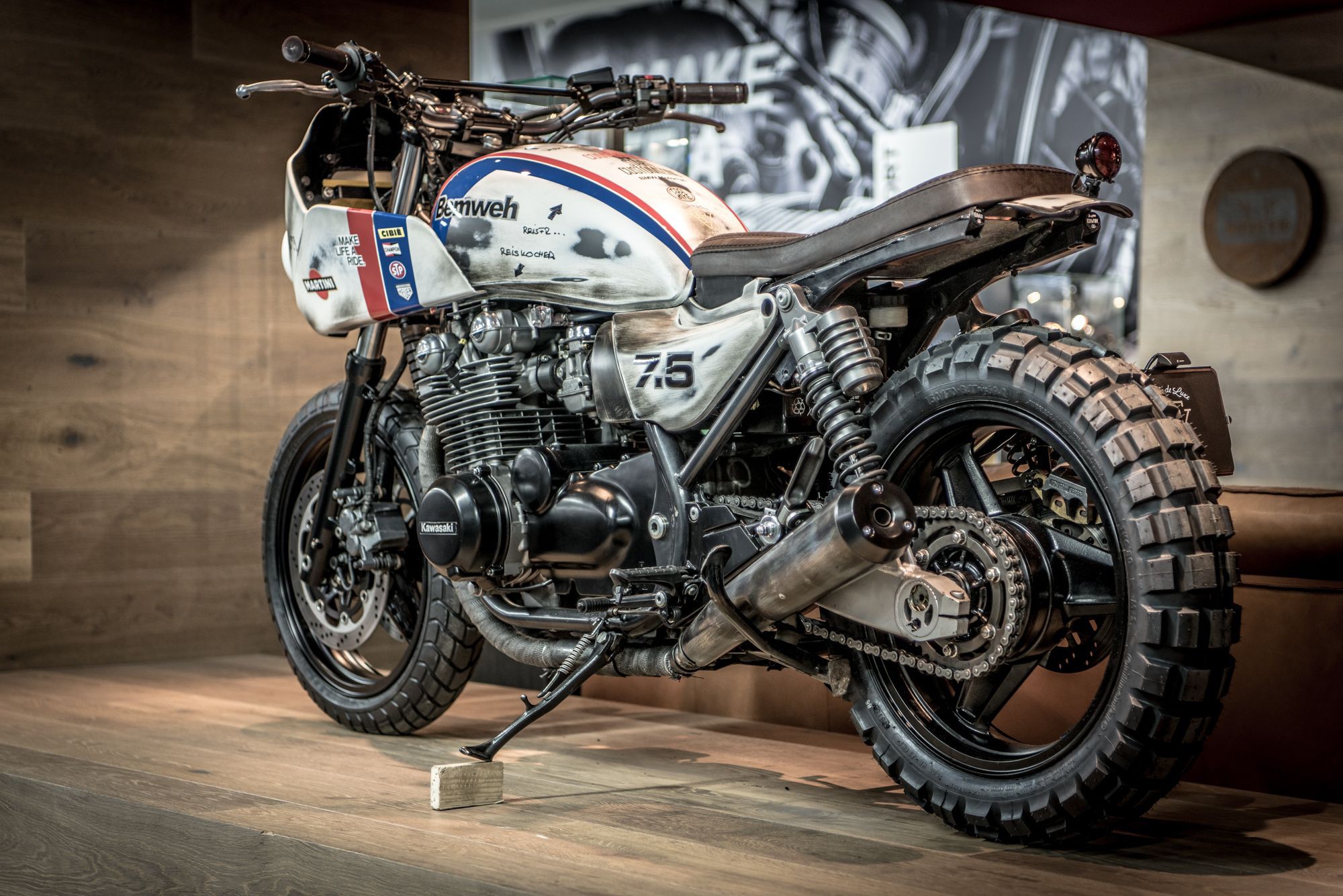 The name is inspired by the BMW/Kawasaki mix this build represents. Germany/Japan… MUC is taken from a Munich Airport designation / Akita is an airport in Japan. MUCAkita. Cool – if You’re into this kind of wordplay.

Painted in a rather non-pedantic way, with marker writings and stylishly brushed metal and aged paint job. Looks brutal and bruised. 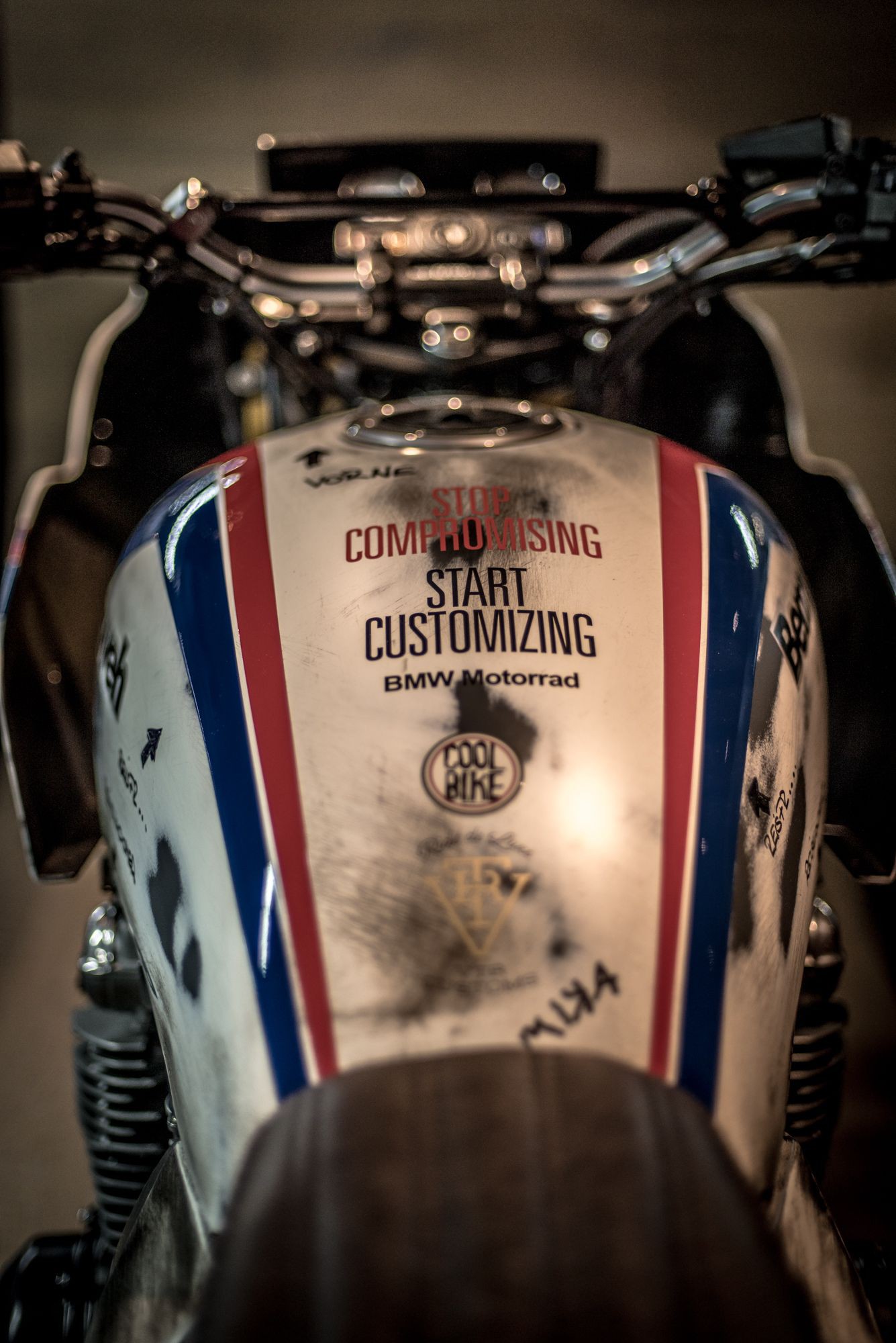 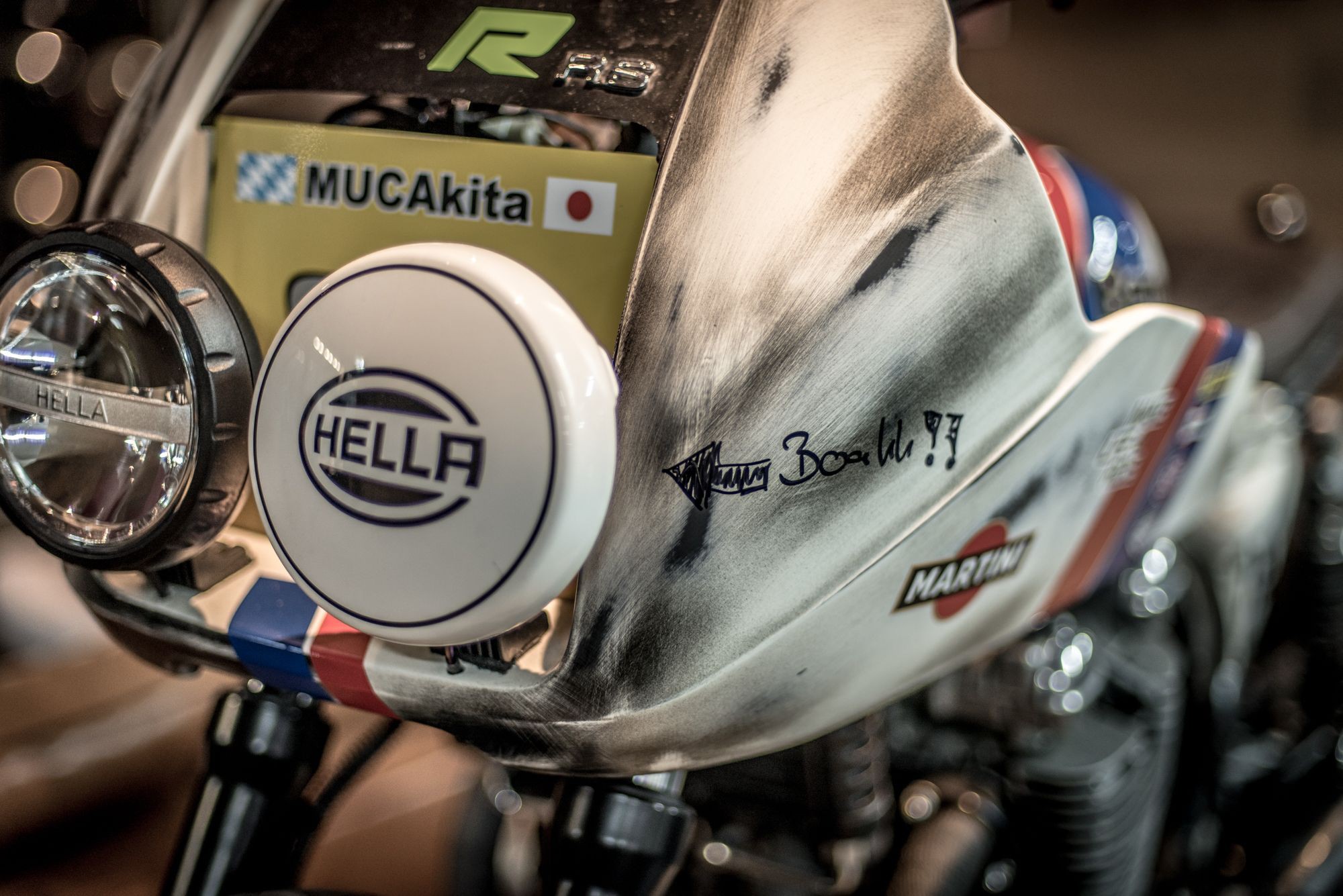 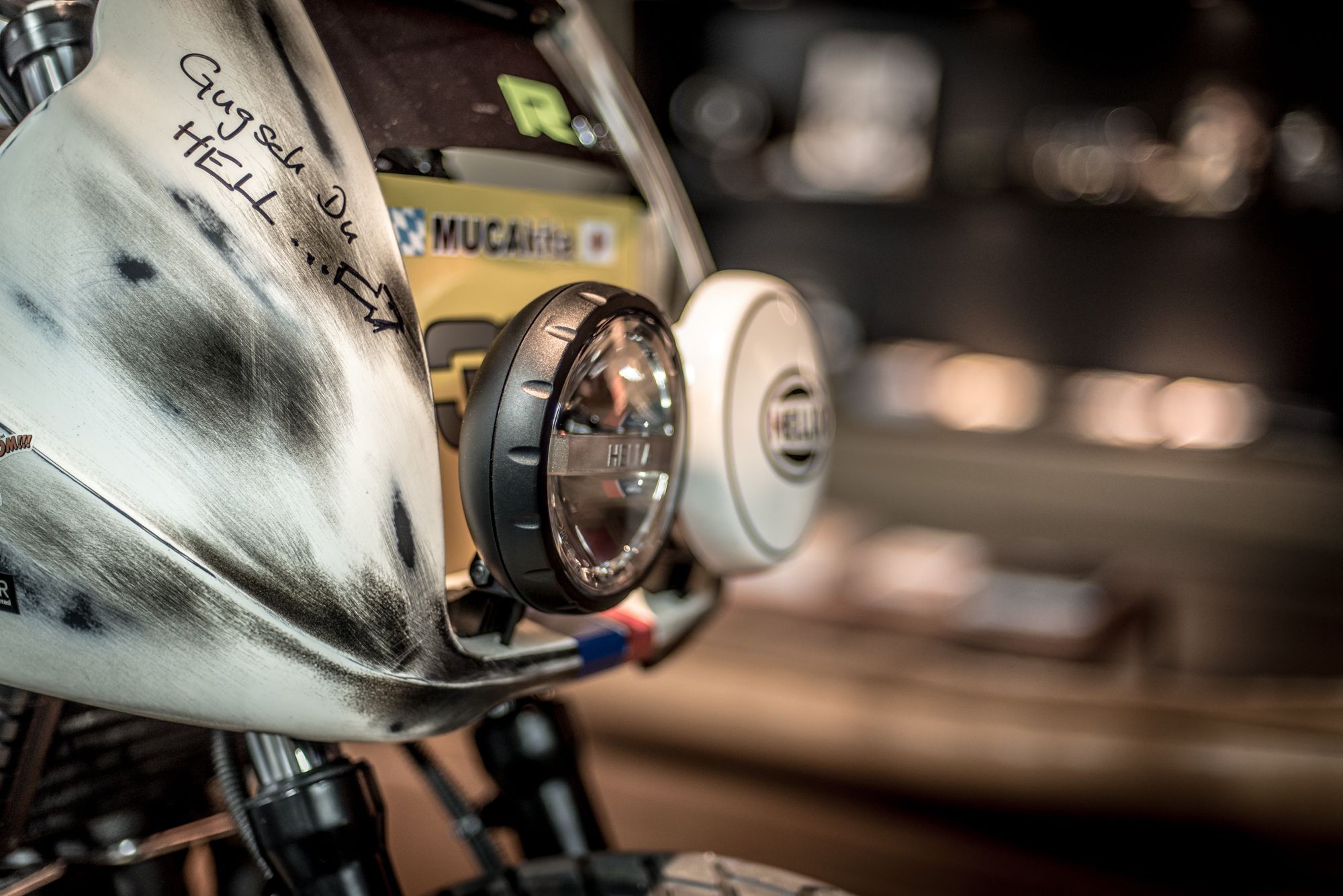 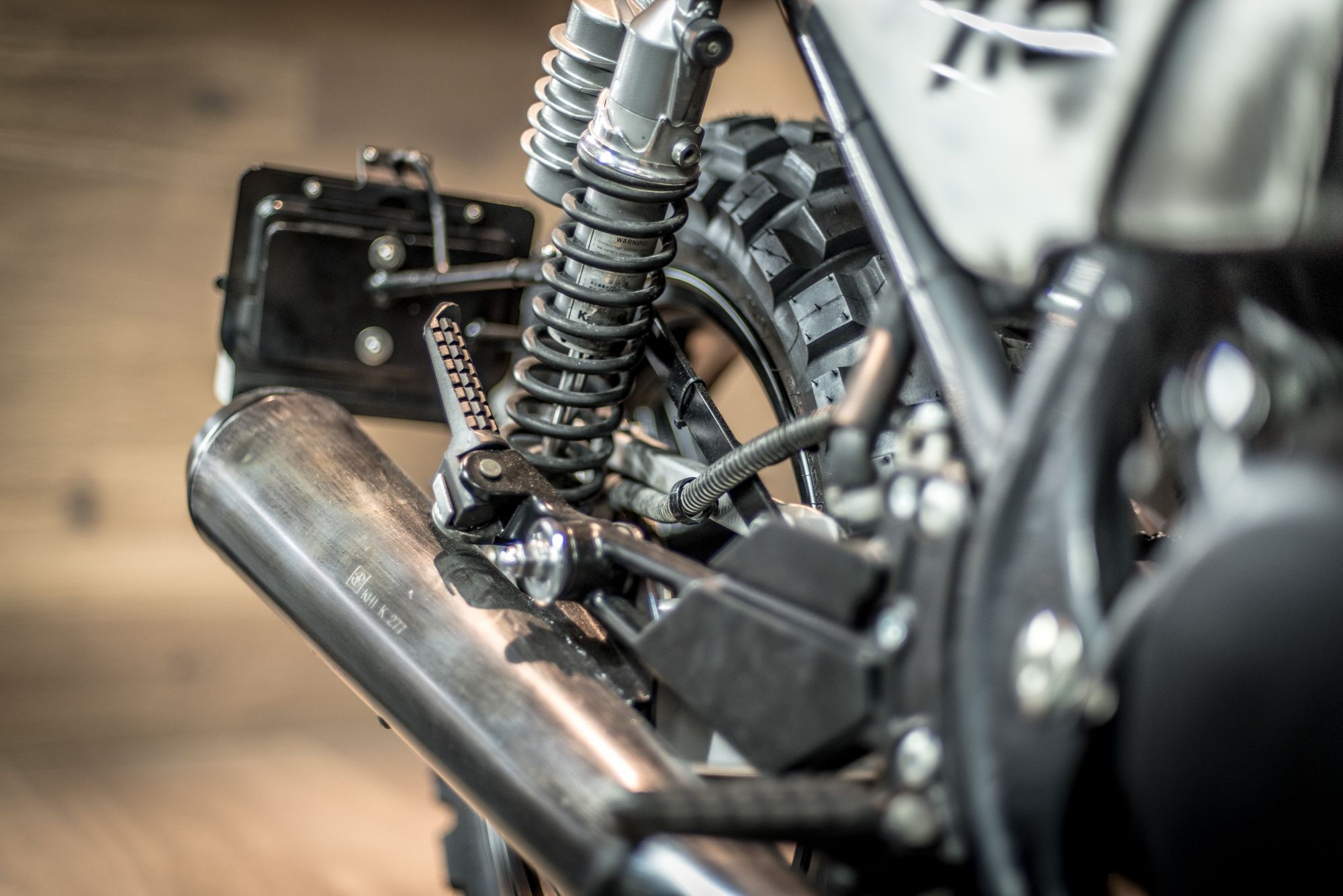 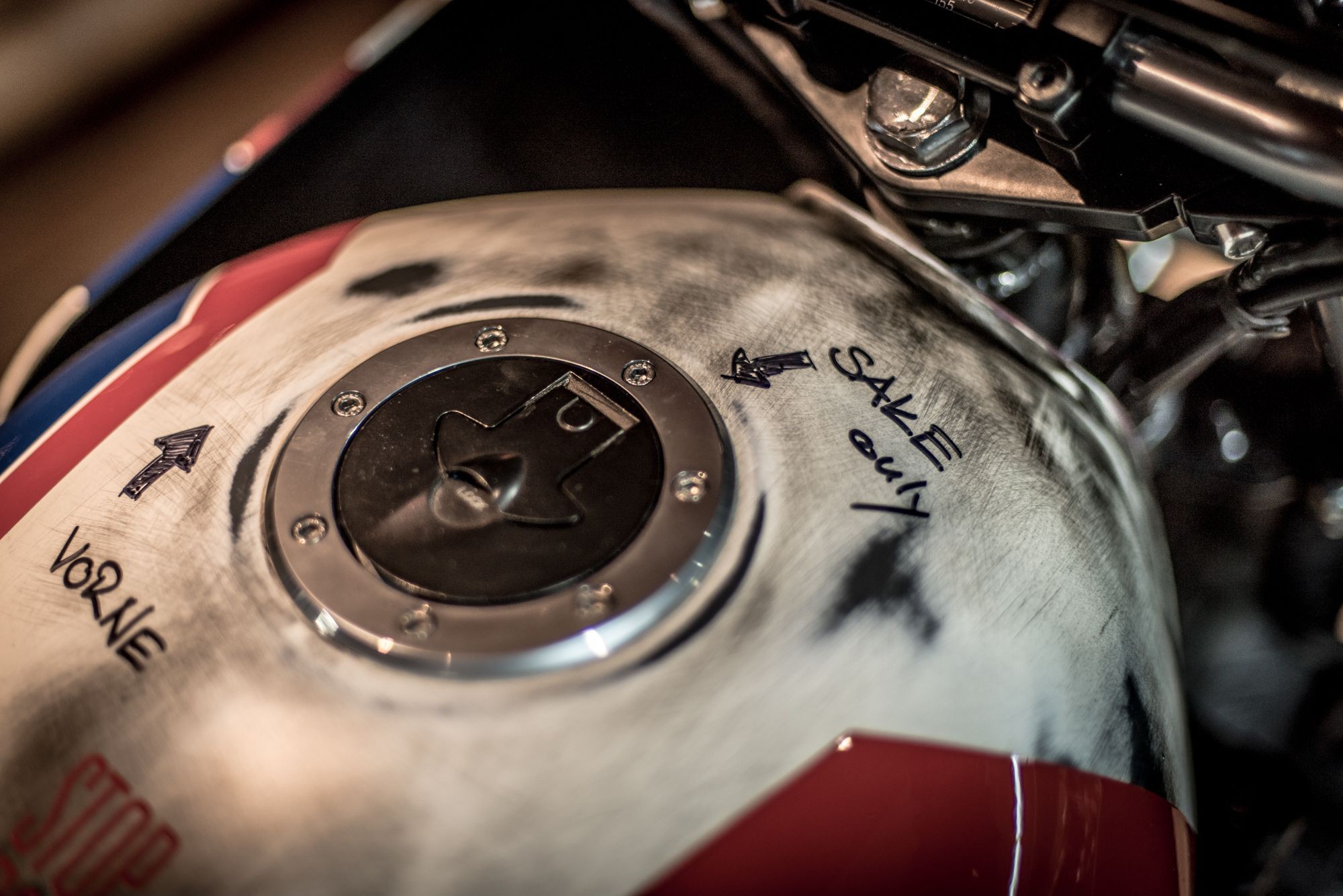 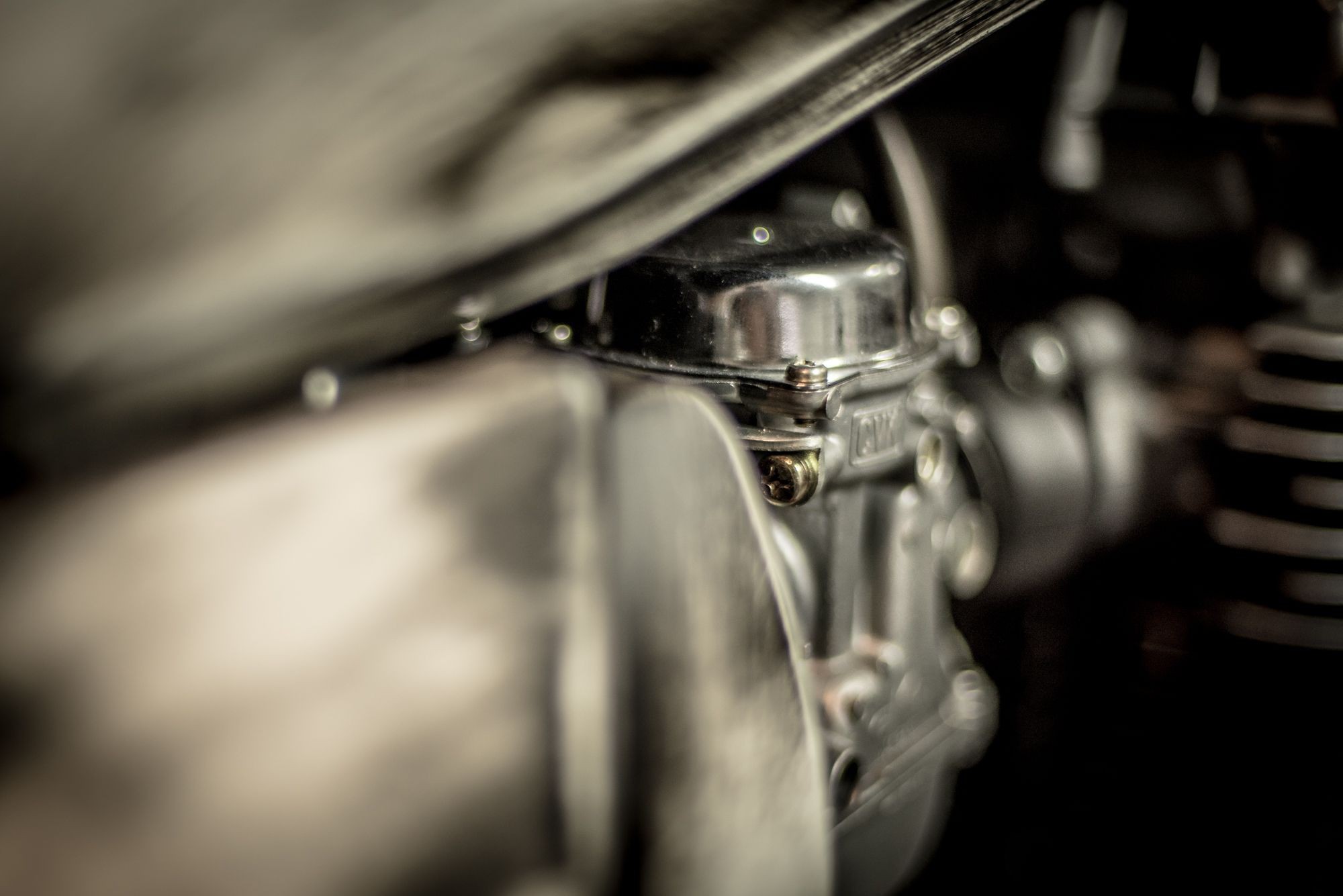 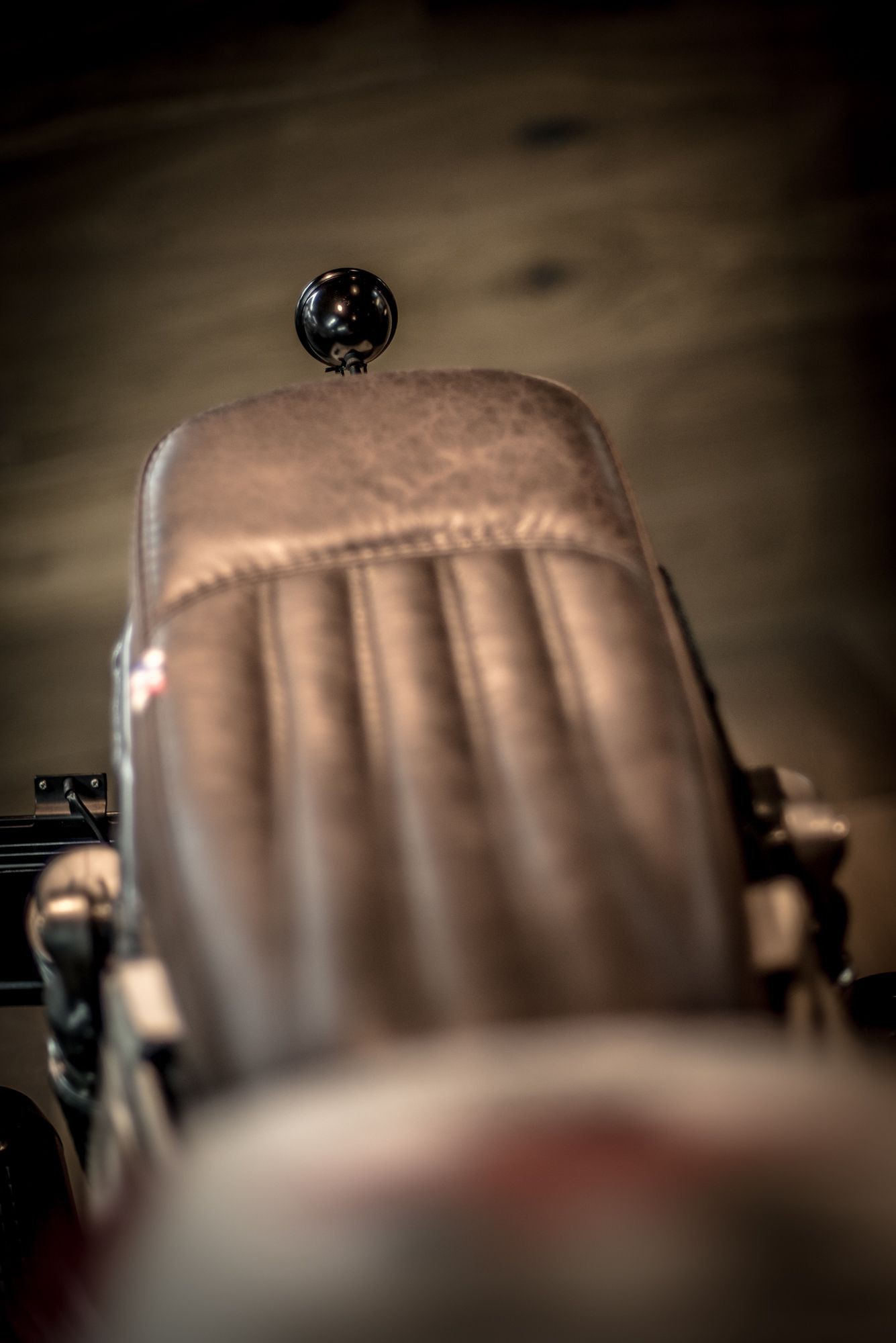 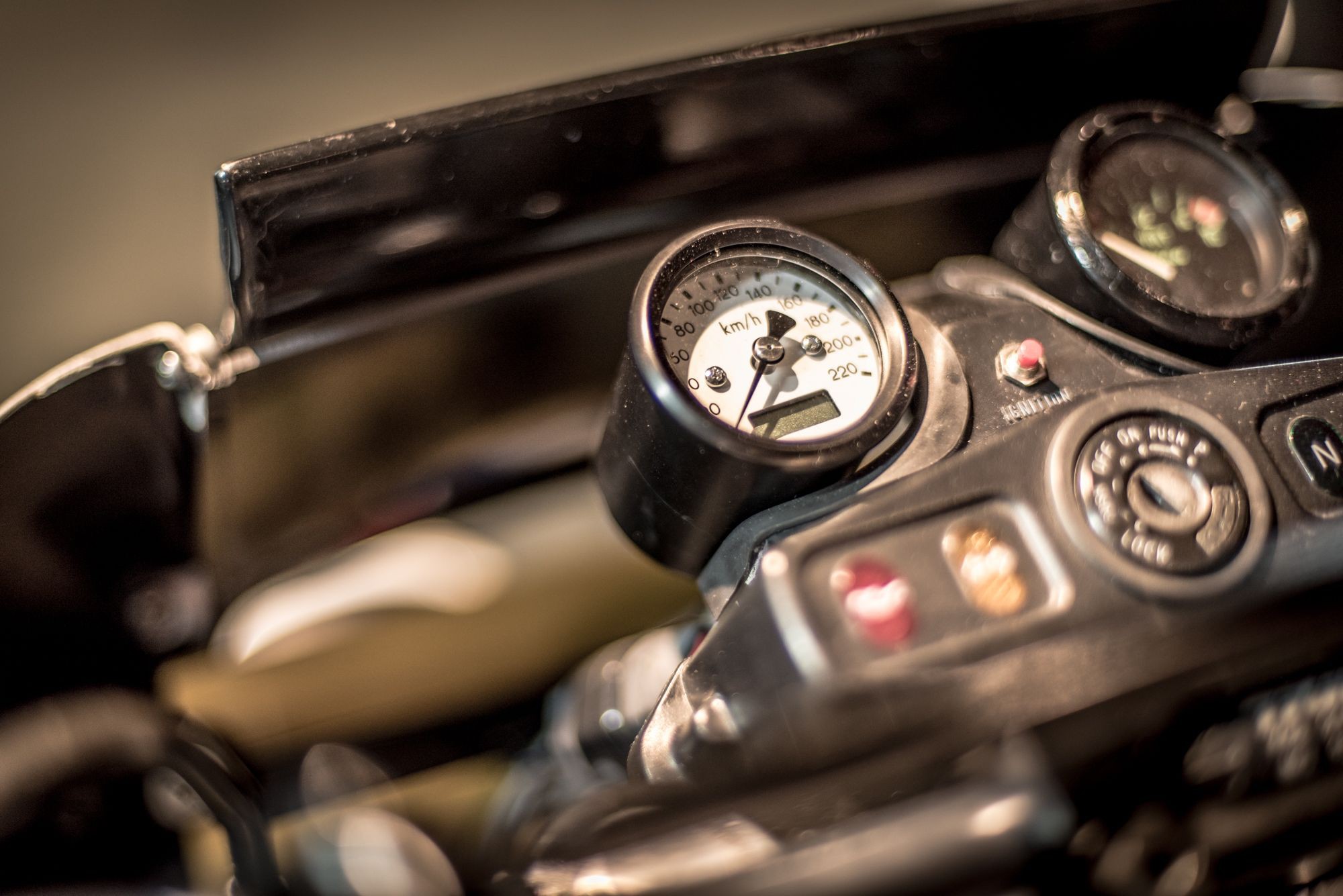