Suzuki GN400 is an easily overlooked donor bike. Everybody goes crazy with the Yamaha’s SR series. And Suzuki – seems like it doesn’t get the credit it deserves from the builders. Probably because of the stock tank and a general line – that doesn’t look too good. Also, it was only produced for a couple of years. But maybe this particular street tracker will be a first step to change the state of things. Since with some standard modifications – the result can be quite impressive. 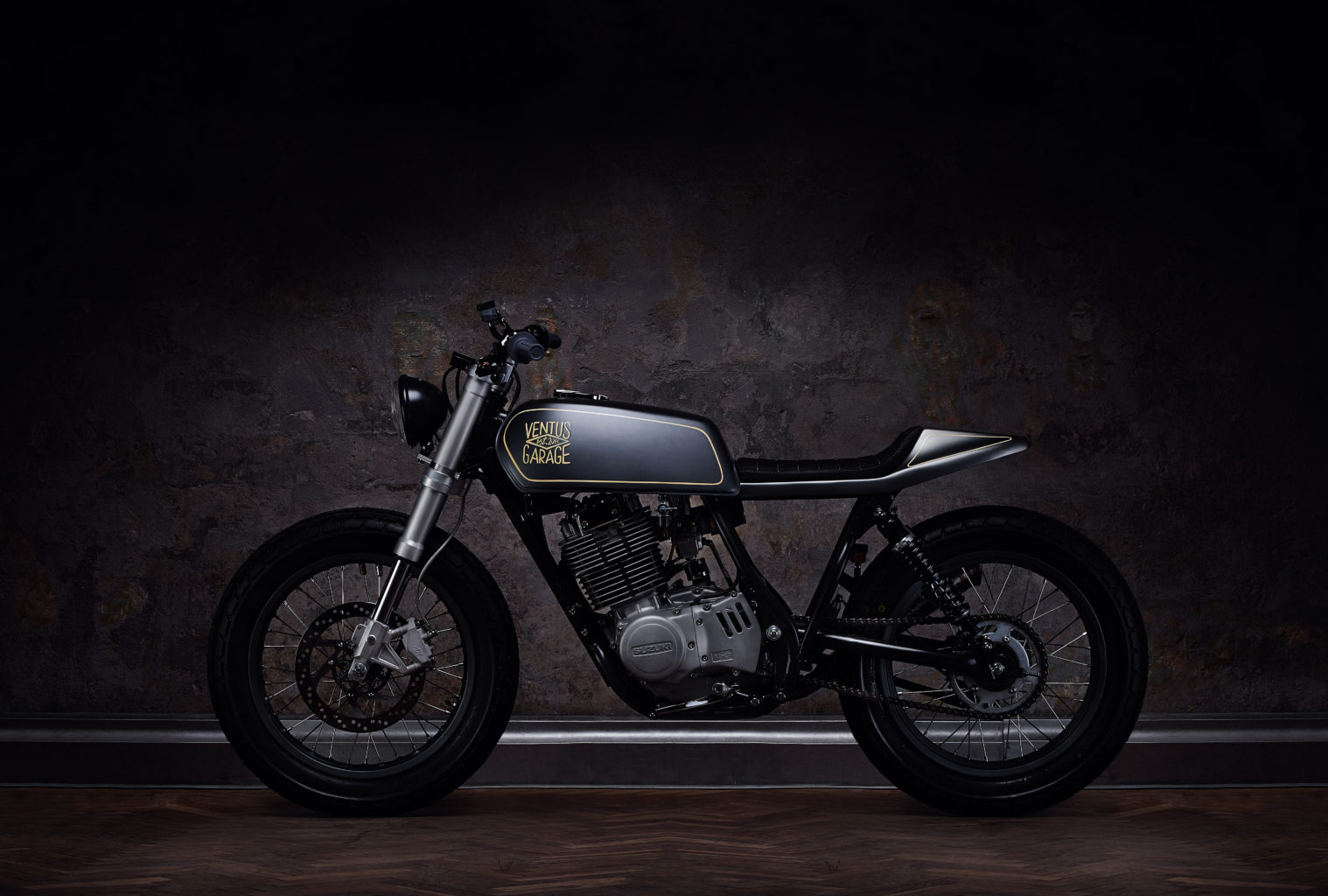 I’m always super enthusiastic when featuring a local build. This GN400 was modified by located in Cracow, Poland Ventus Garage. It’s actually their 3rd GN and… I actually had a chance to see this bike live on a  Custom Motorcycle Show in Przywidz. And it stood out from the crowd, the matt paint gets the attention. It was chosen from the BMW colour range, it’s called Frozen Grey Metallic Matte. And is available for BMW M3 badged cars. 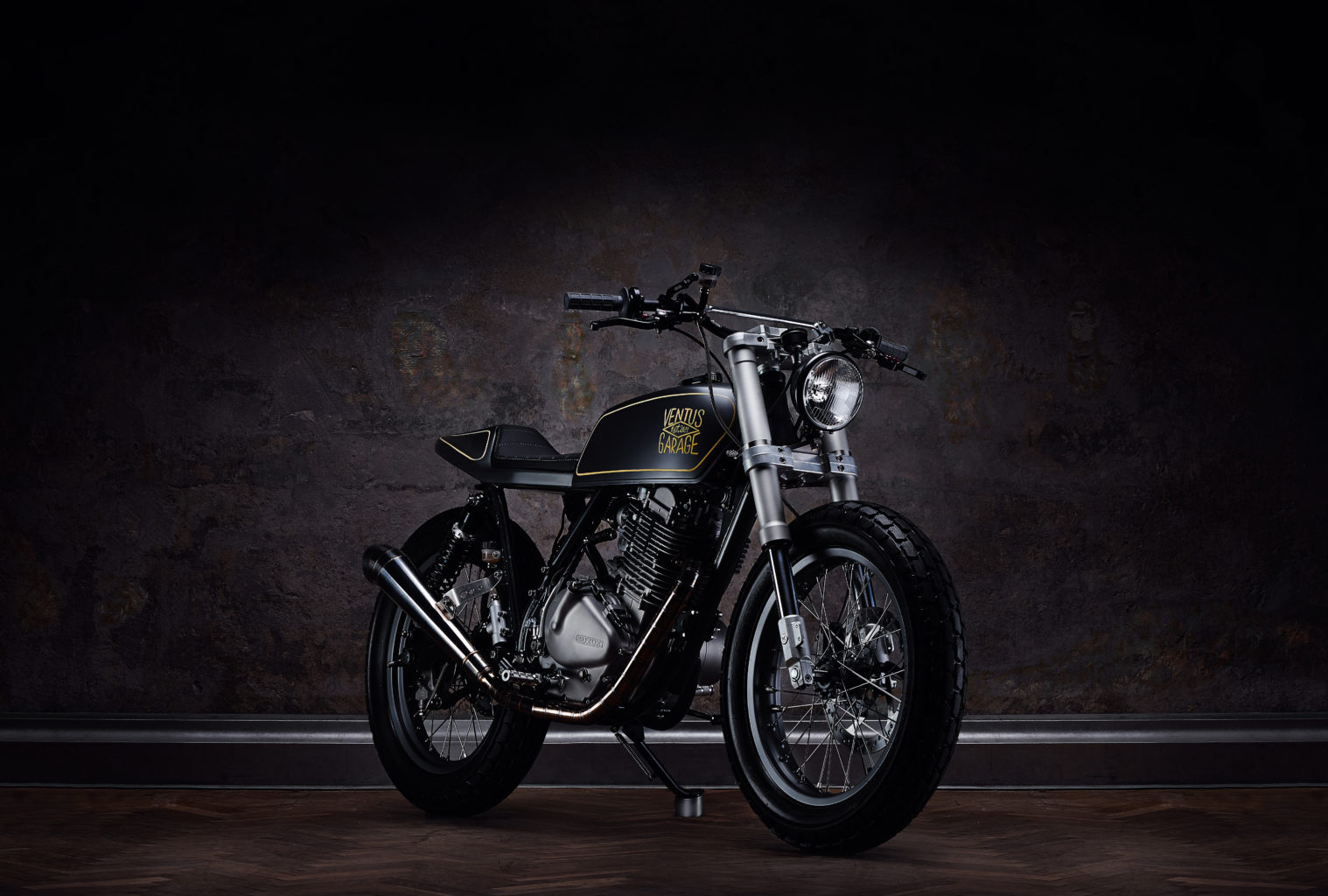 The looks & the performance

Ventus Garage believes that these 2 can go together. I would probably find some arguments that they don’t – but in this case, a compromise is an answer. And with it – You can have both.

The suspension was completely swapped from a damaged Aprilia RSV. Both the forks and these impressive 18-inch spoked wheels, dressed with Dunlop K180 tires. They make it look more muscular and modern. The 18-inch rear wheel is a visible upgrade from the stock 16-inches. 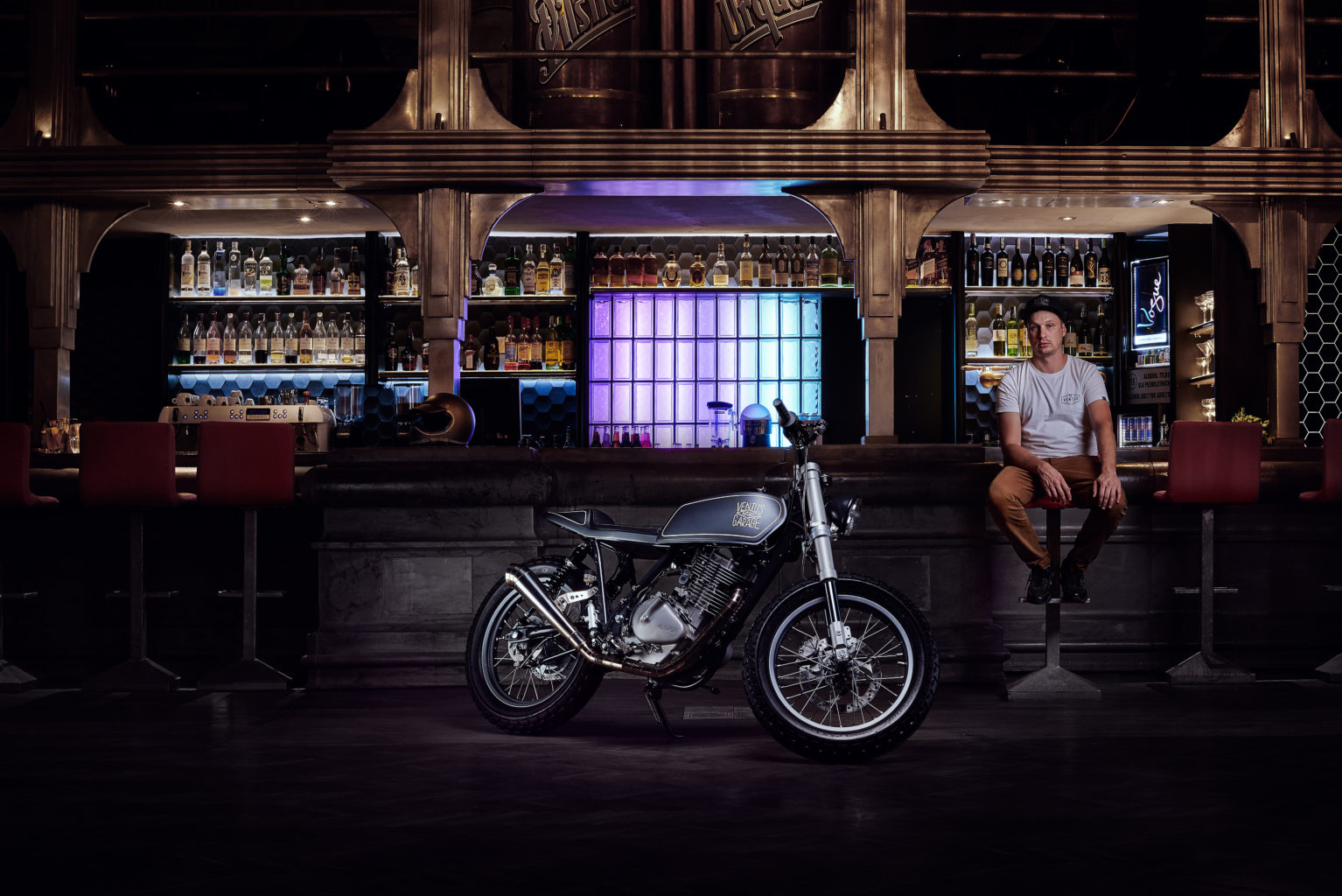 The front brake is bigger (280 mm disc) and rear drum brake was changed to an up-to-date disc brake.

Accel handlebar with Renthal grips and new master cylinder are the ones that are continuing the flat track style when a central unit from Motogadget model Motoscope Tiny gives us the stylish look that Ventus Garage loves. 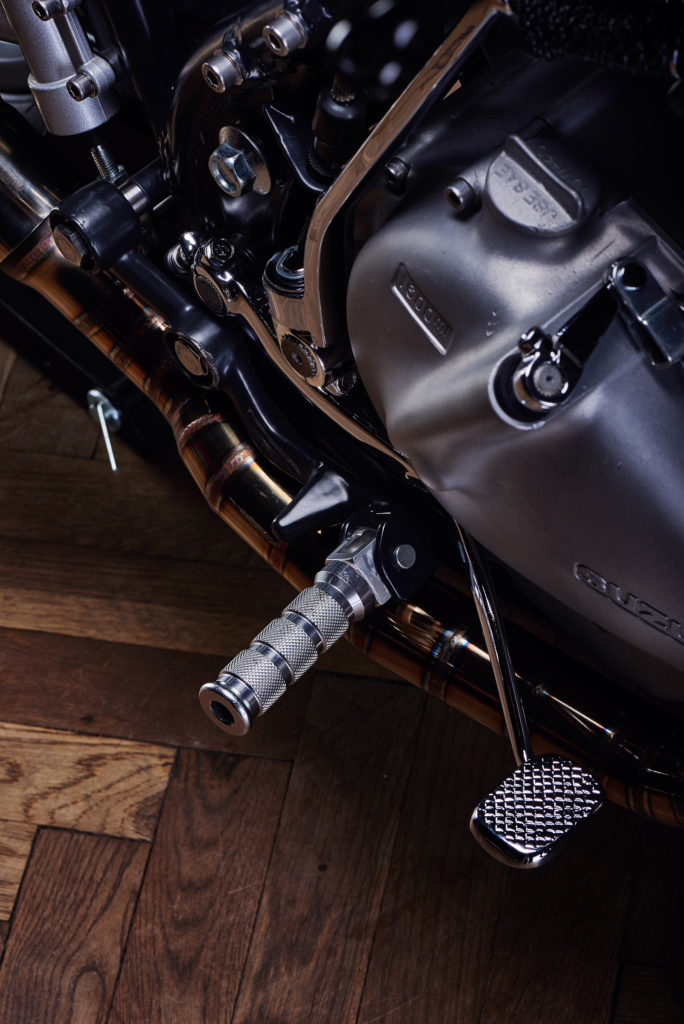 The engine was completely rebuilt on the inside and glass blasted on the outside. The fuel is delivered with a modern Mikuni Flat Slide Carb, tuned for the pod filter. What left the beautiful, empty triangle under the seat. The exhaust was made by quite famous in Poland – Devils Garage. And looking at the photos of the profile You can just hear Ventus Garage saying: “Make it align with the frame”. Great job and concept, not an easy one, since it needed to turn more rapidly right after the exhaust port. 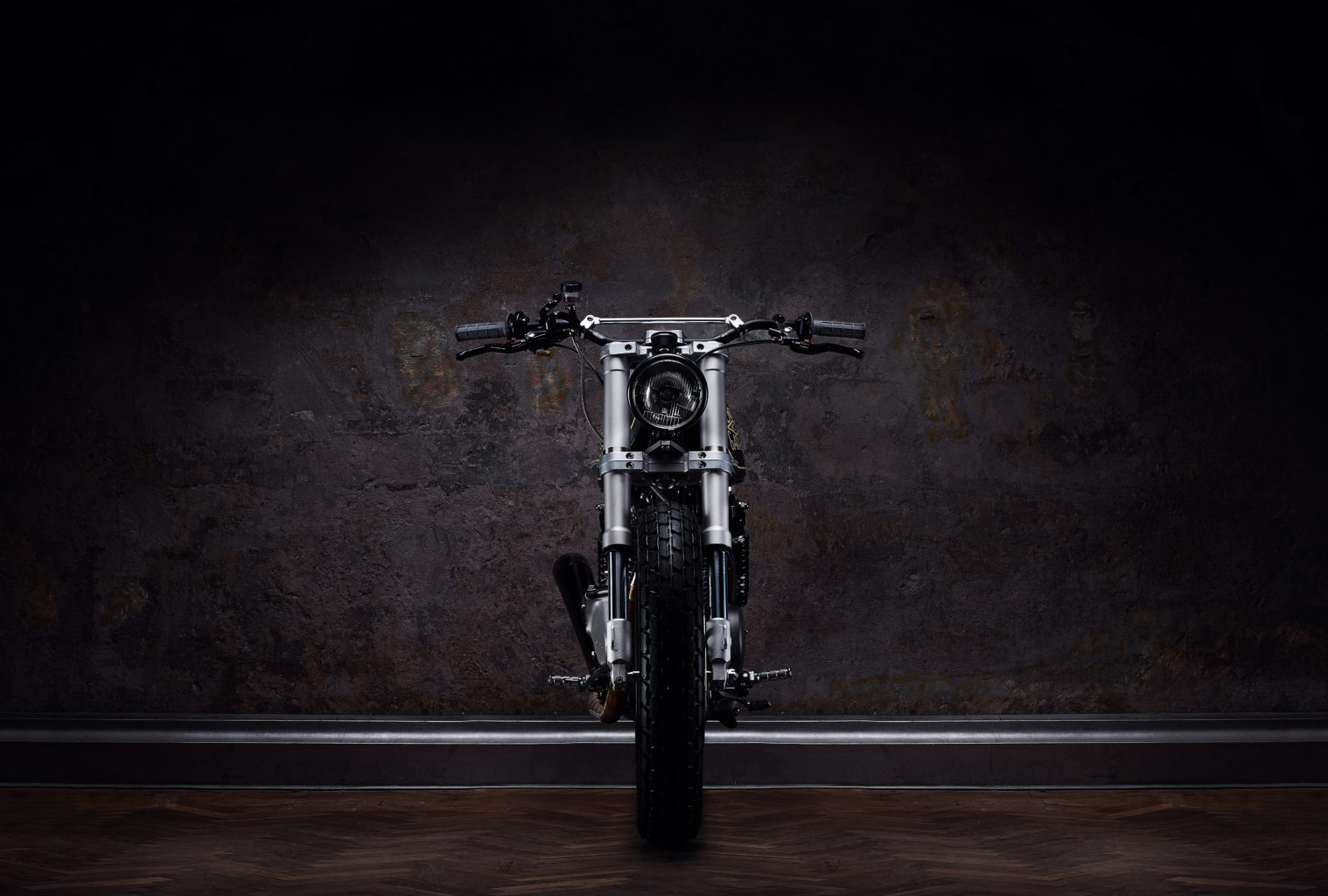 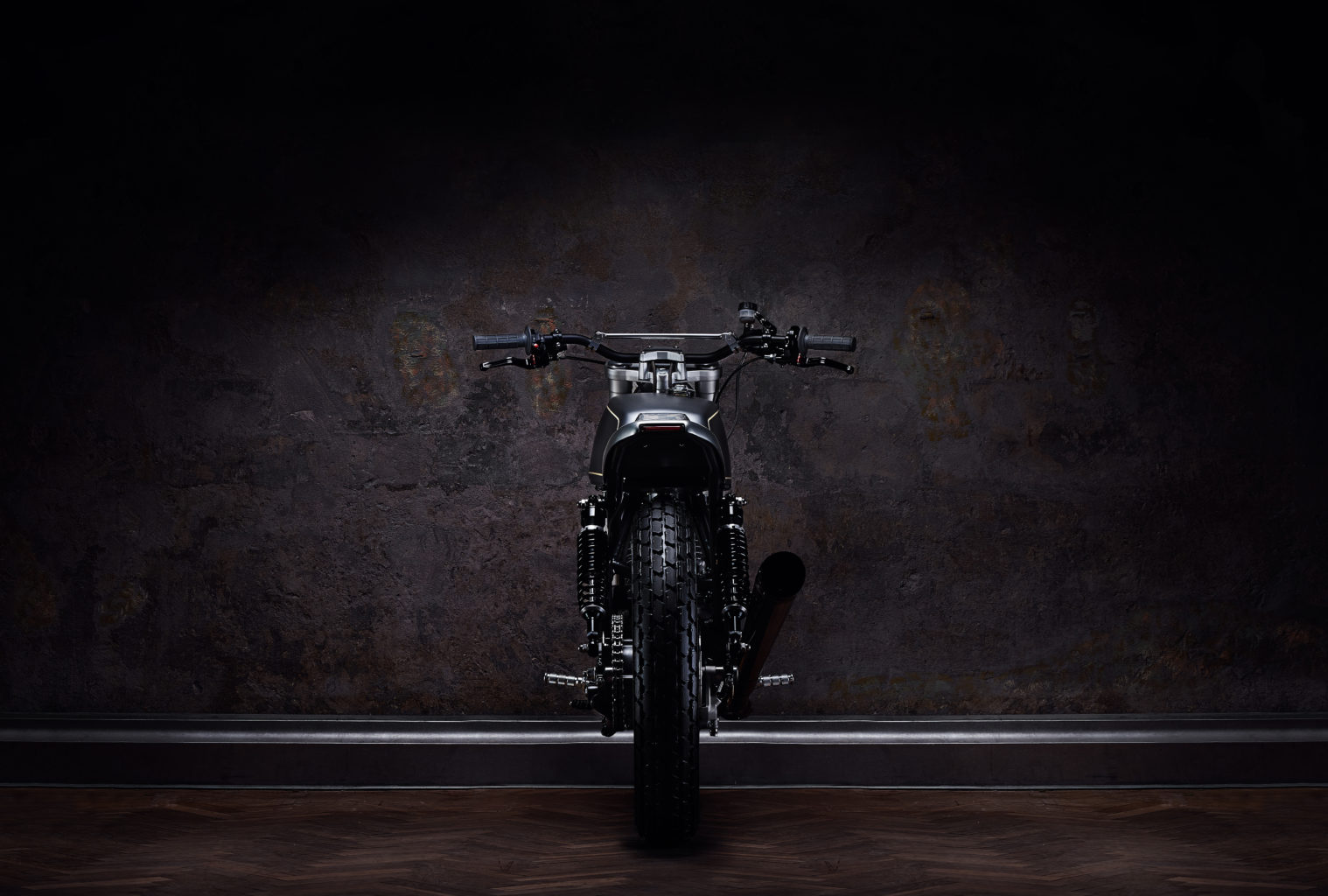 The rear of the frame is a simple back loop. Lifted a little, so it can end about halfway up the tank profile. About the tank – it’s taken from Yamaha XS400. It fits perfectly. What is also worth mentioning, that the frame was completely repainted and improved. Since Suzuki (not exclusively) is famous for its welds being imperfect back then, Ventus Garage took care of this aspect in the process. The rear end is custom made – to match the proportions and accommodate this minimalistic LED tail light. On top of that: discrete and flat leather seat. 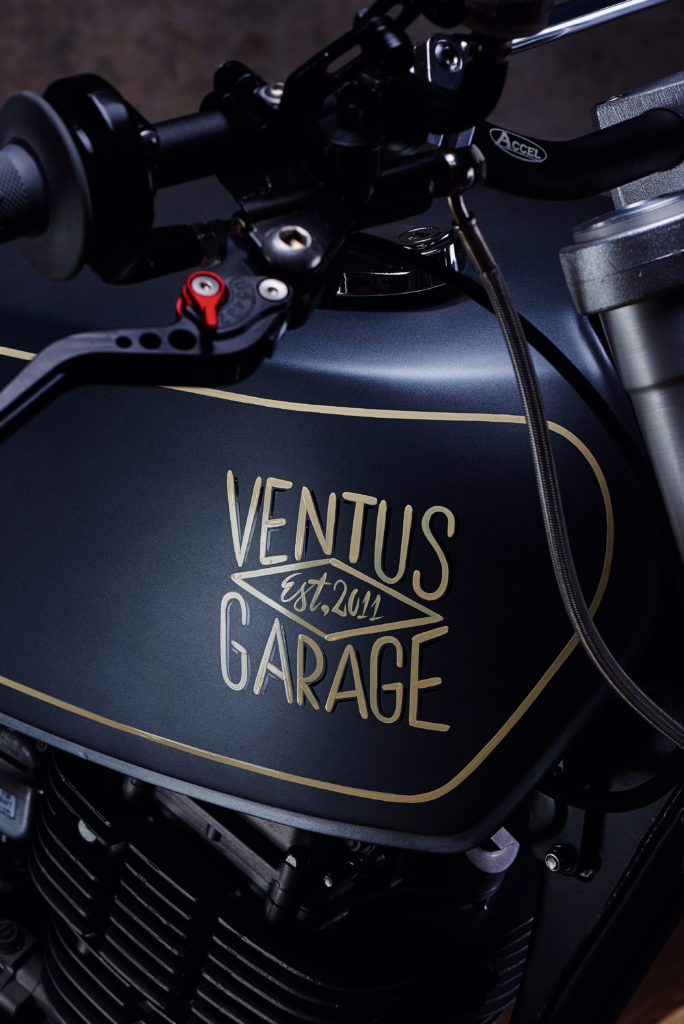 And the final thing: the name – “Thirteen” – comes from the number of the builds Ventus Garage completed. While it might be surprising for You, Polish people consider this number both unlucky and lucky:) All depends on who You ask. Ventus Garage guys – are on the optimistic side.

The result is a very stylish street tracker. And what’s more… this

I’ve seen it live – it’s a top quality work. That is actually for sale by the builders. So feel free to contact them for the details. 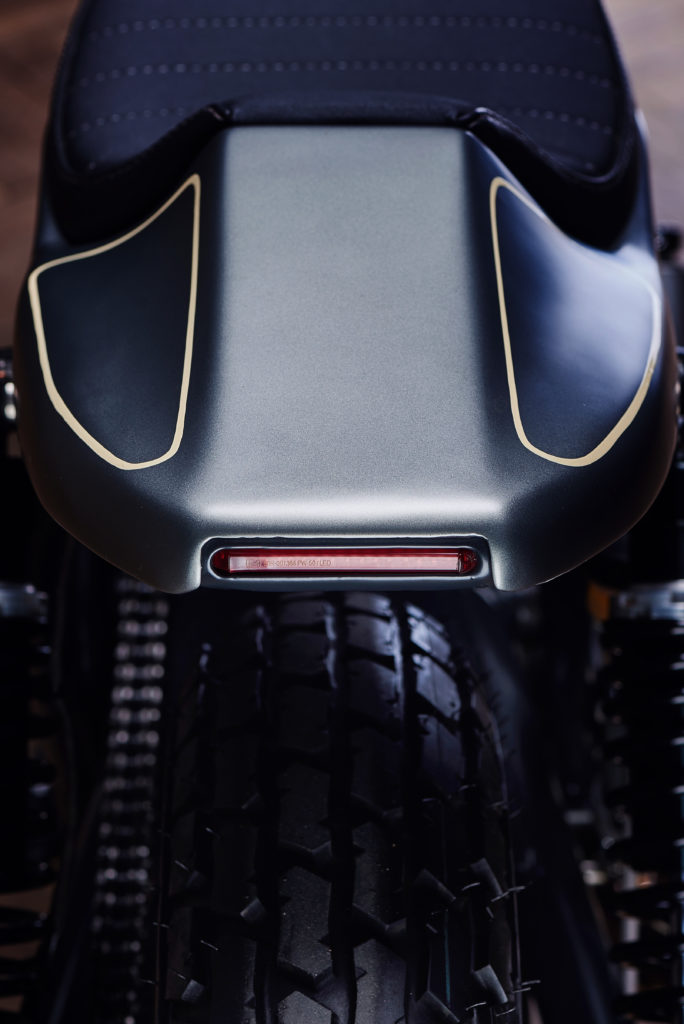 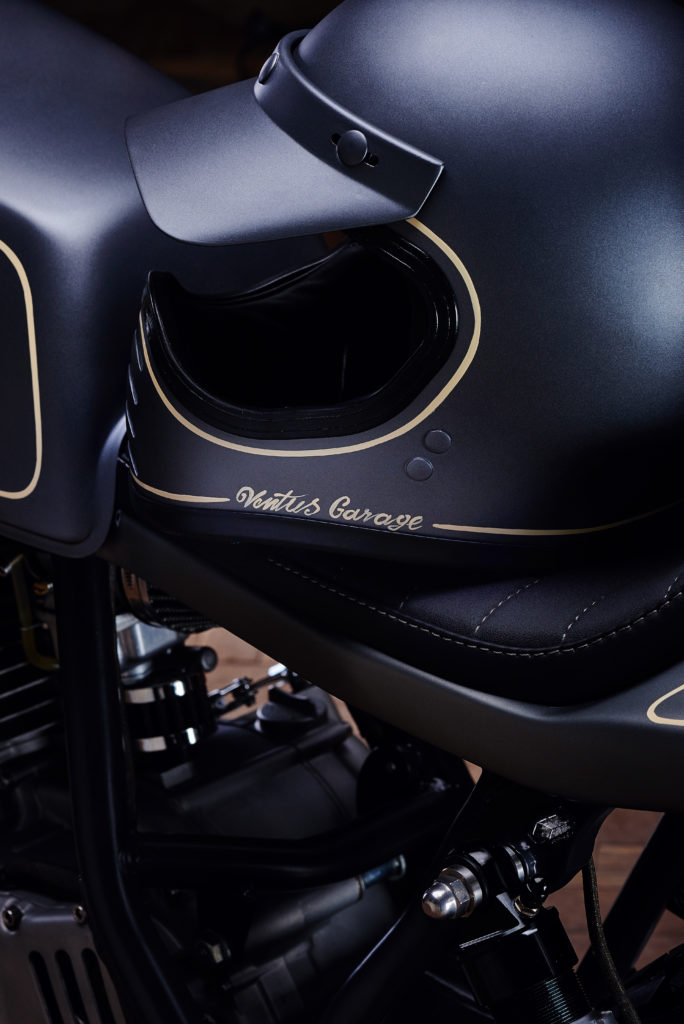 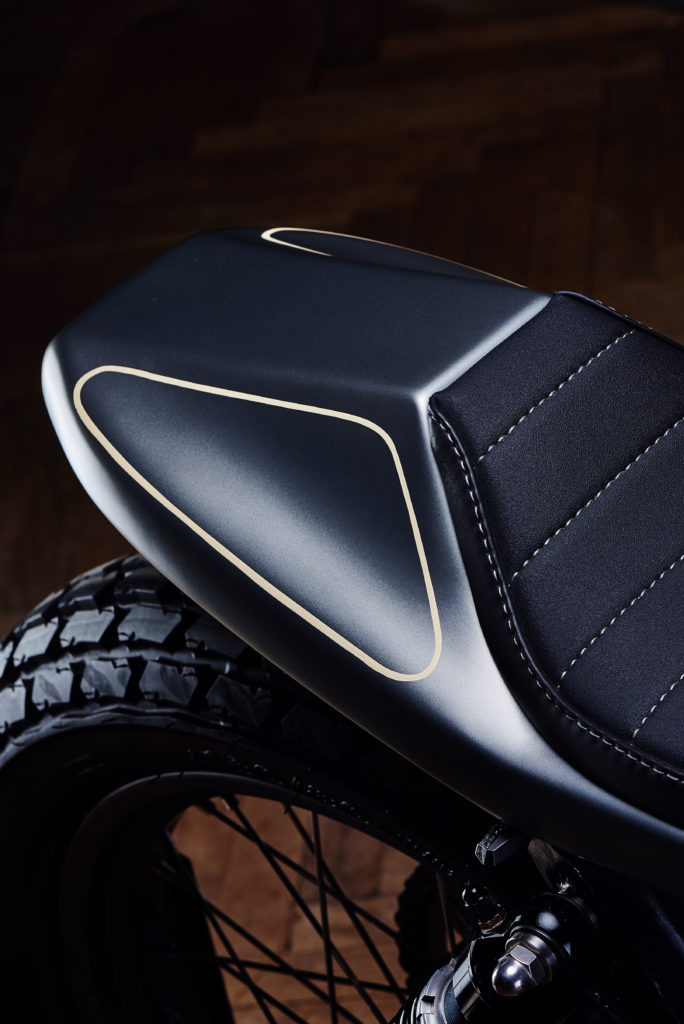 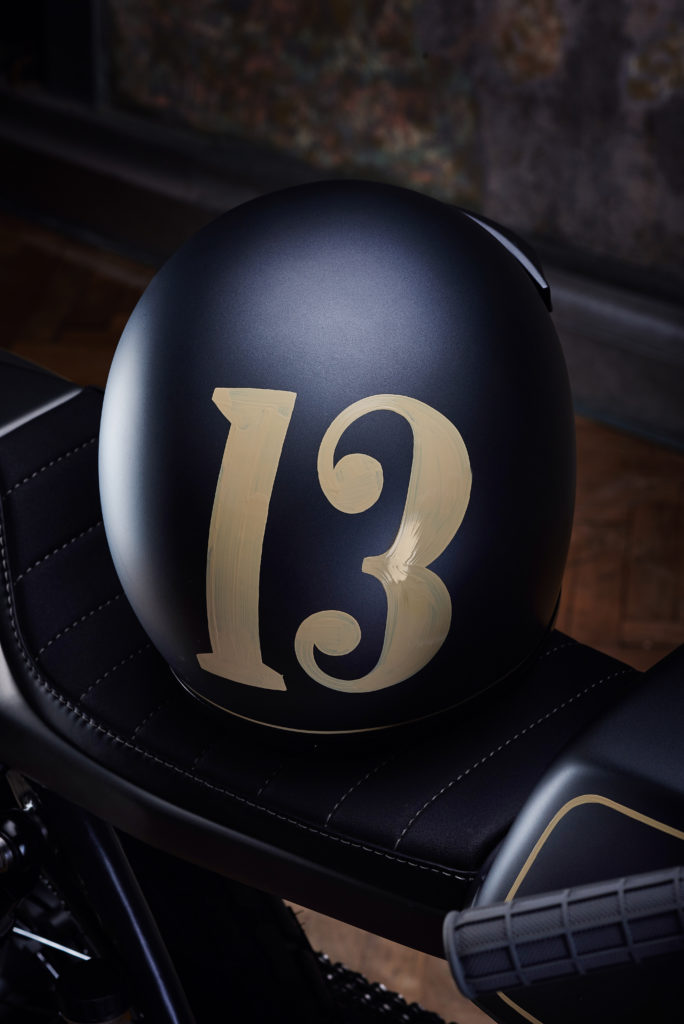 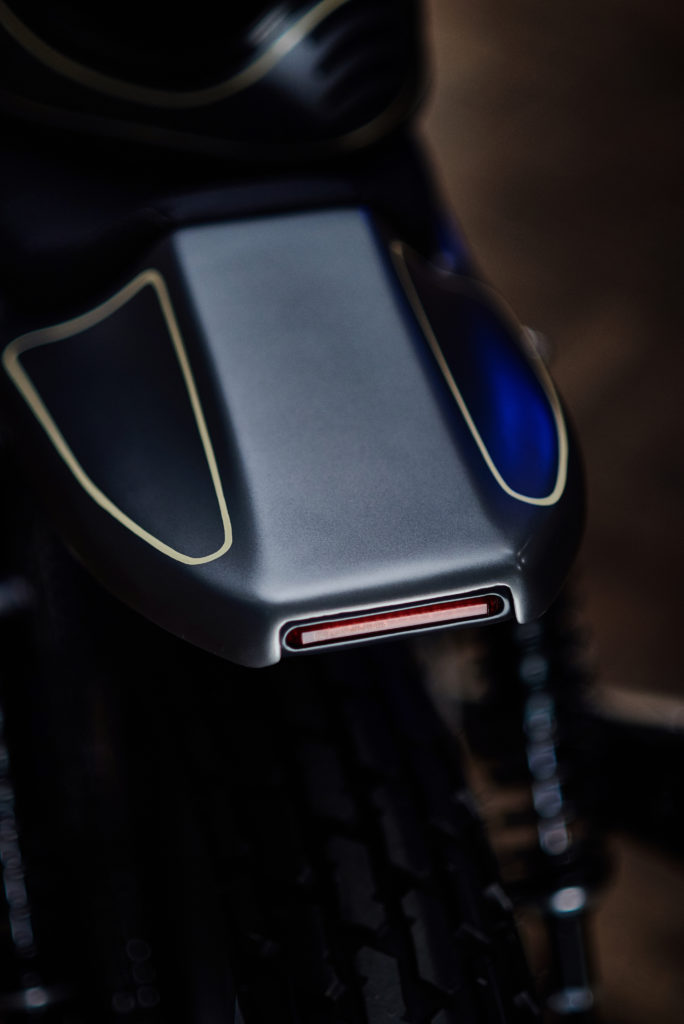 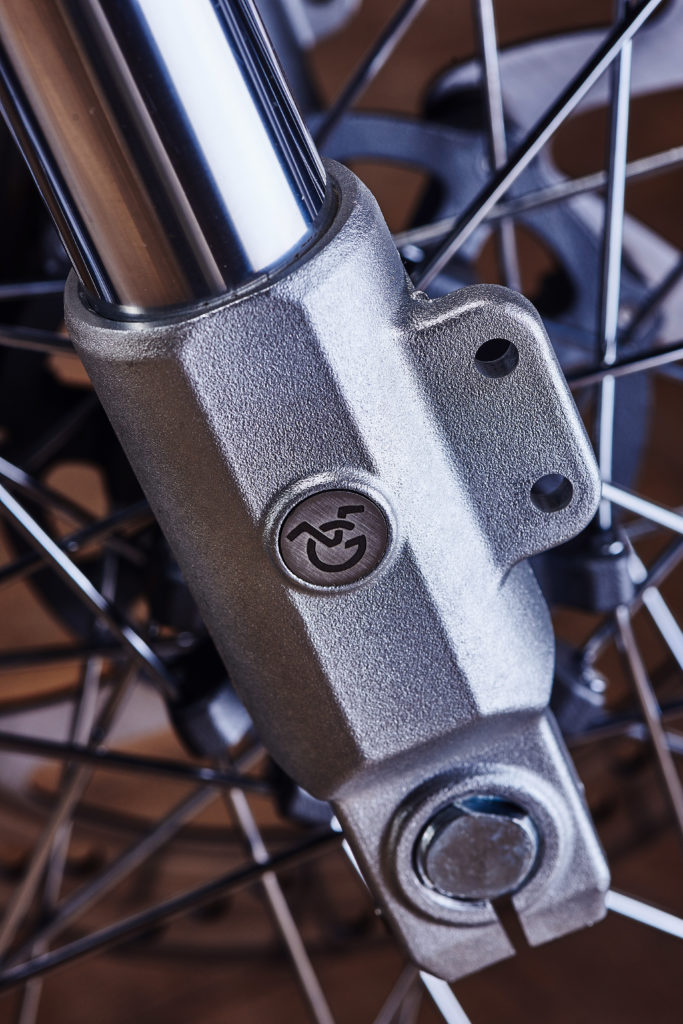 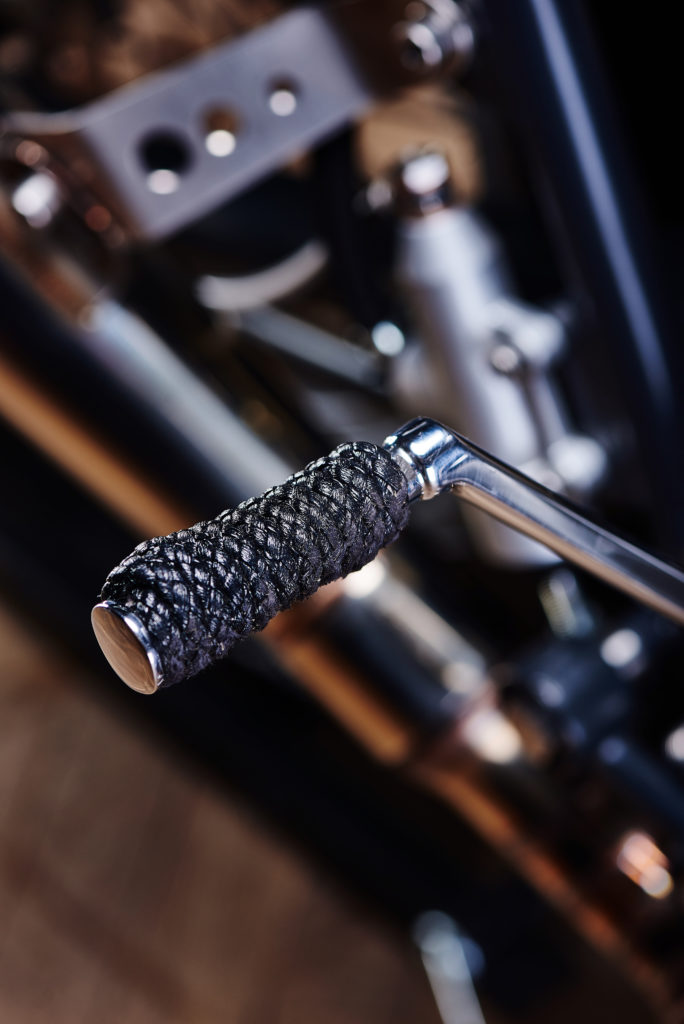 Few shots from this thing in its natural environment. 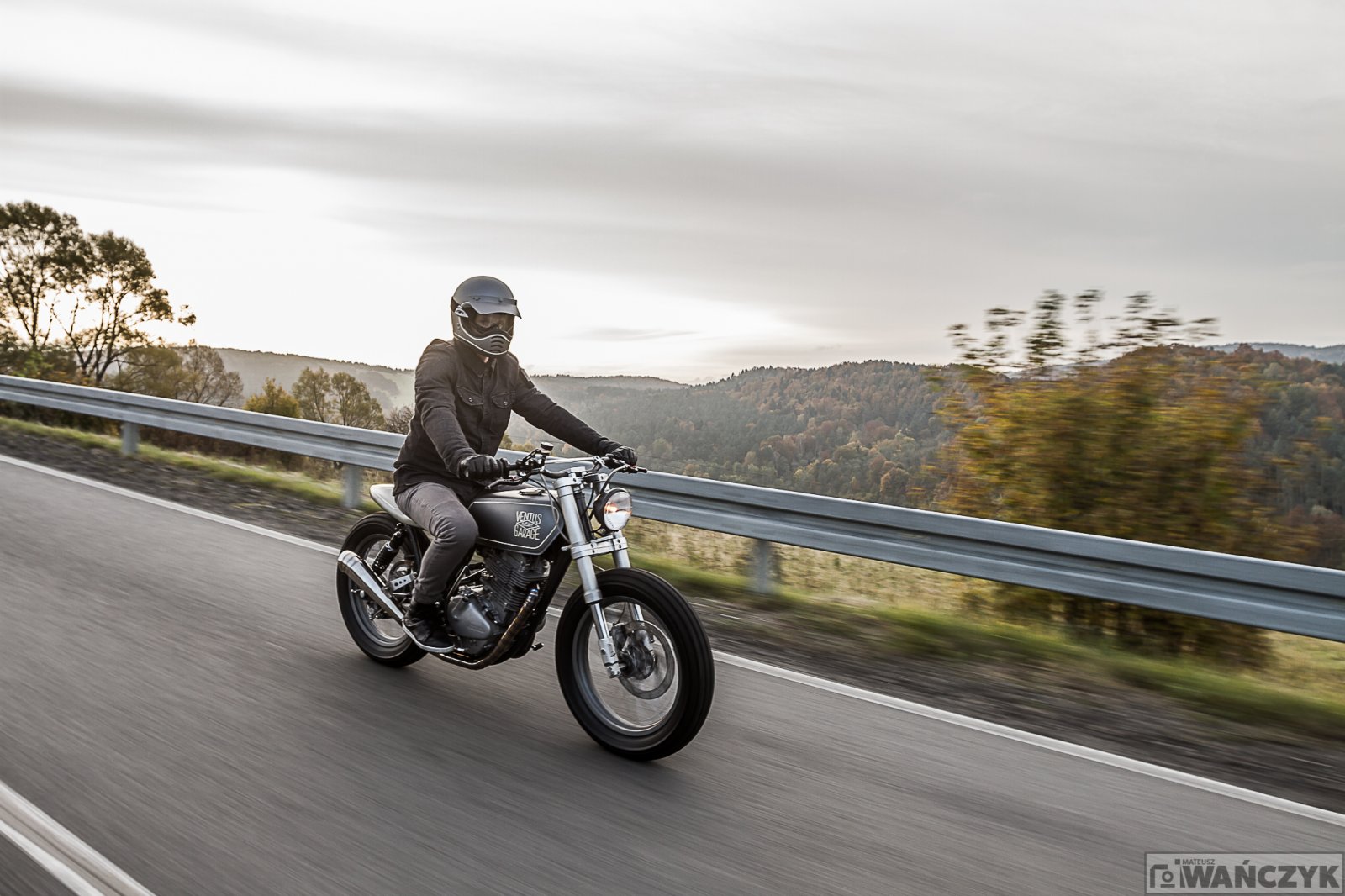 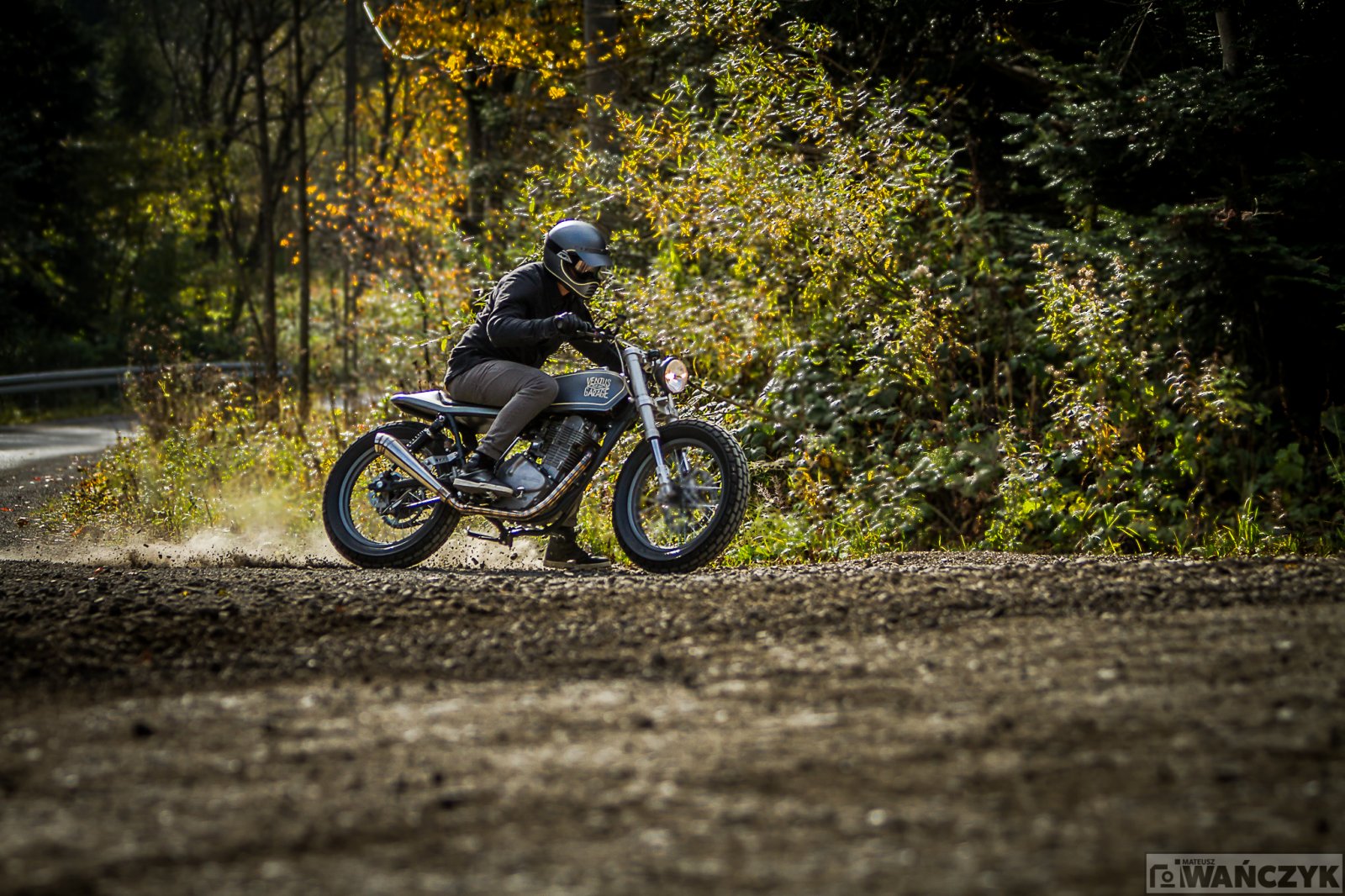 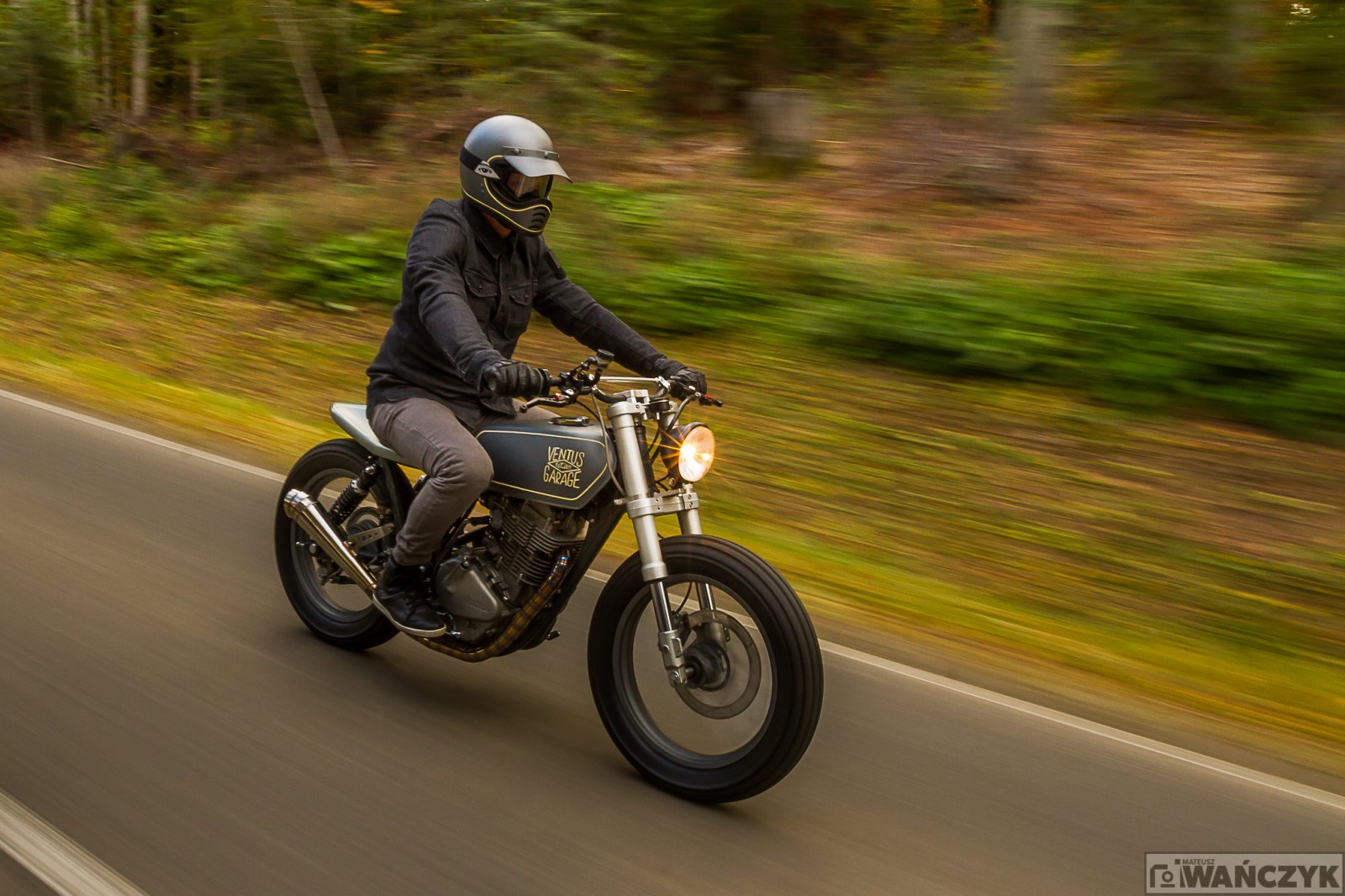