It’s quite difficult to find an uncommon base that was built with some extraordinary concept.

In most casess it’s either a builder trying to work with a motorcycle that is not often modified… trying to keep it in some particular style definition. Or the other way around – You take a super popular base and try to surprise the audience with a different direction of mods.

It’s a significantly more uncommon to have both at the same time! And here we are… Please take a look at this

The base is a quite a landmark in the motorcycle world. A “failed experiment” by Yamaha – which was trying to introduce a new concept of a touring motorcycle. Yamaha GTS was extraordinary for many reasons. Besides what You see straight away – the front swingarm and suspension design, which not only looks cool, but also provides some very good characteristics on controlling nose dive during braking. It also introduced a fuel injection, ABS and catalytic converter. Why a failed experiment? The bike didn’t sell good, as with all unique features – it was quite overpriced for the segment.

So we have a unique base, pretty rare – and with very nice pricing – on the aftermarket… And Roel Scheffers took it for a spin and released this beauty…

I like the rear swingarm mod to match the front. I like the brave color choice – to leave raw metal exterior, but go wild on the engine paint. What You also need to notice is that the base construction is very tall. So there is a lot of mods going on that are not obvious – to lower the front suspension, handlebars and fuel tank.

The result is a motorcycle that has basically the first place on google search term: GTS 1000 custom.

Brilliant job! Maybe someday… this Yamaha would be… my next base for a build… 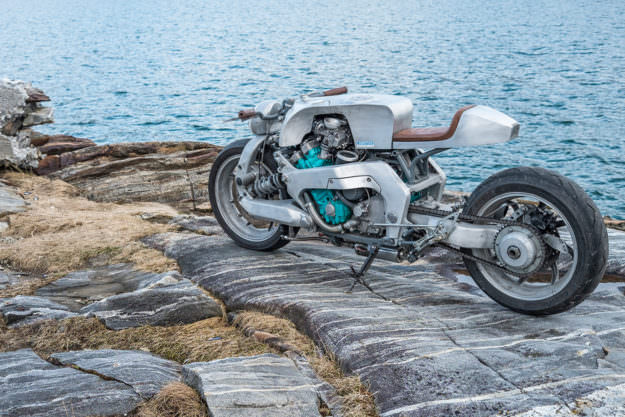 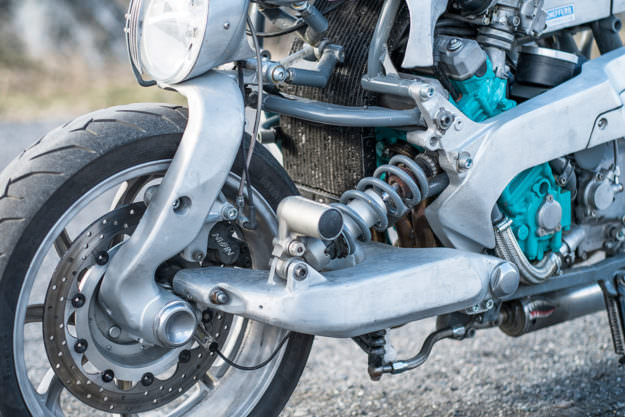 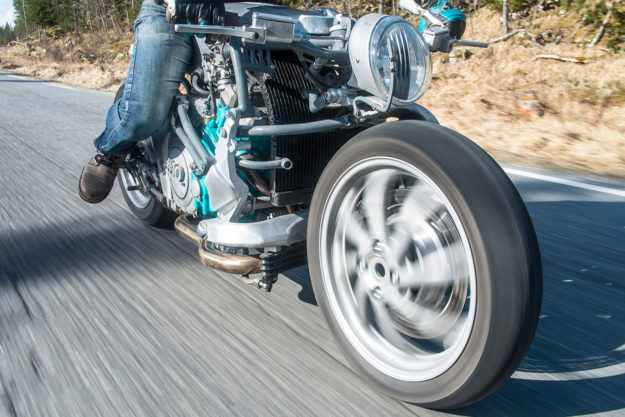 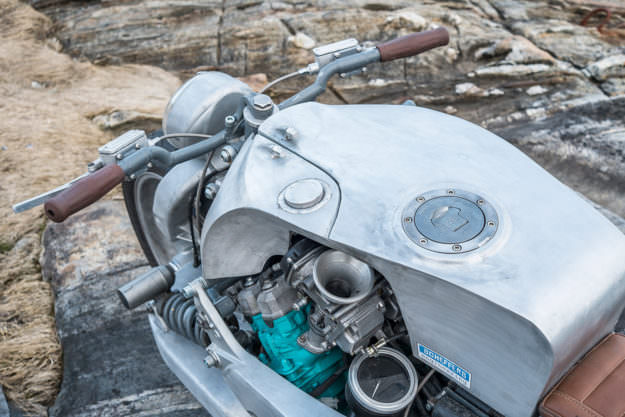 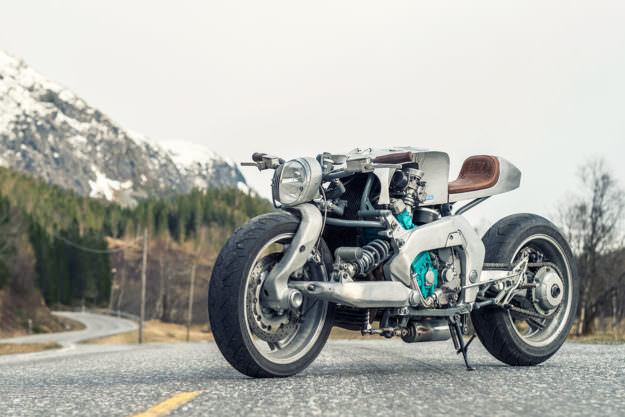