When You look for a donor bike to customize – there are tons of options for You. You can either go “mainstream” – and choose a Virago or CX500… these two are actually really boring and not that interesting machines, but yet – they became the most customized bikes around the world. They are well documented, with tons of blog posts, parts, DIYs and forums to help You.

Or go all extravagant and choose some super rare base, that will require a lot of skill, heavy research and work to really do the job… like GTS1000, or a Hypermotard. Or a really unique classic… 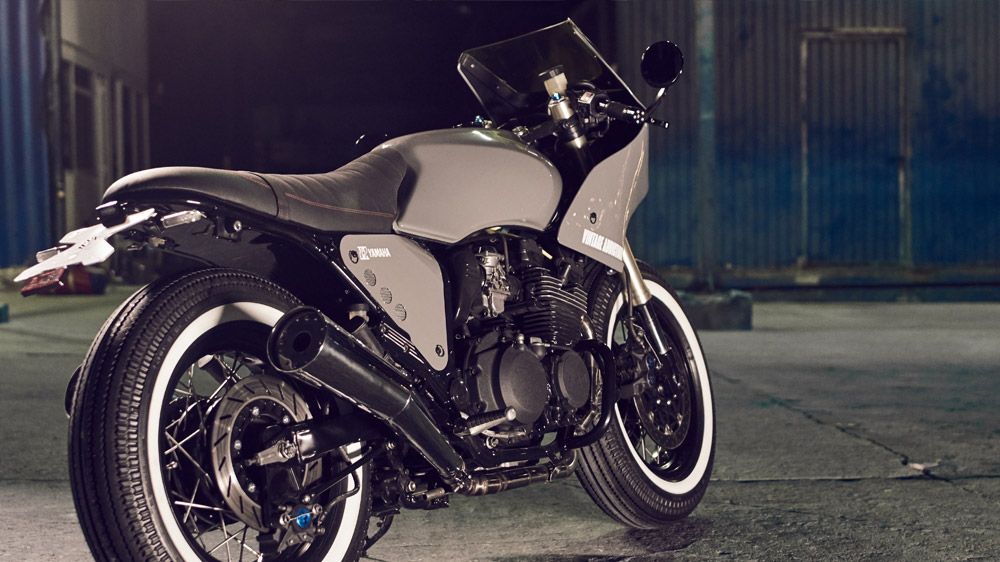 There is also a group of donor bikes, that are quite common, extremely cheap and don’t get customized too often. It’s because they are “non-caferaceable” (google says I just invented the word here – but it seems legit, so let’s leave it this way). Like the XJ600…

One of the most forgettable bikes ever released. 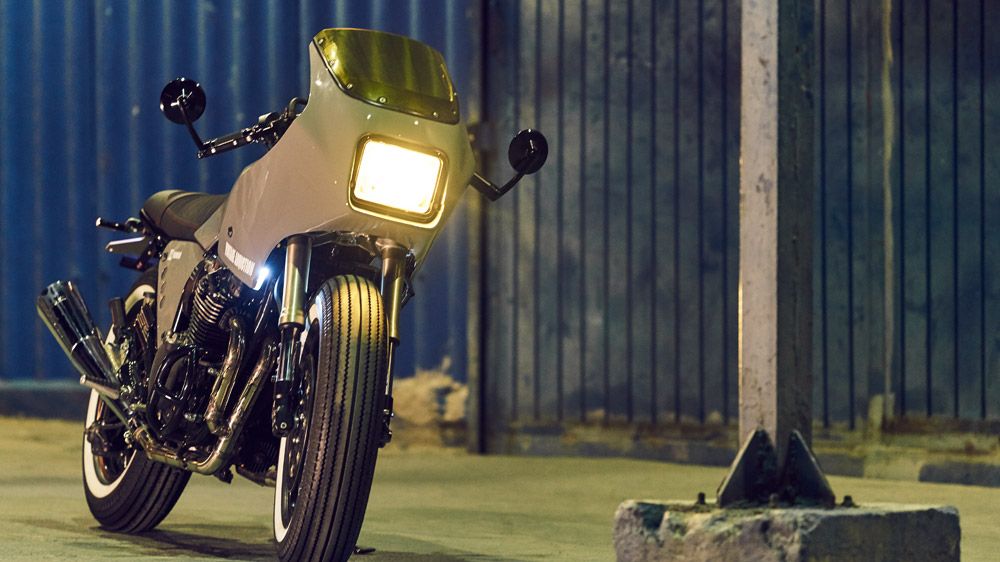 XJ600 is a definition of average… regarding power, suspension, performance and styling. It has a really awful tank to work with. It doesn’t matter that it’s bulletproof and generally a good machine. The community doesn’t like it:) 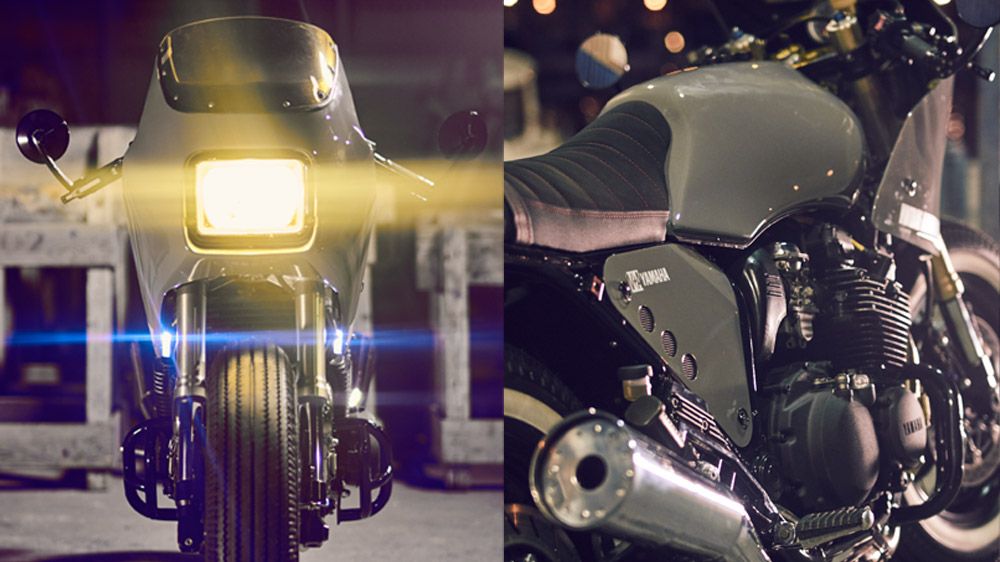 But Vintage Addiction didn’t mind, in 2016 they took it on. And created some really unforgettable restomod. I’m curious about the creative process here. Since – it obviously has the upgraded front forks – swapped from Yamaha R6, rear shocks come from a Honda. The nose went down – looks more aggressive. Spoked wheels always work. Brakes are modern with characteristic blue piston covers. But then someone decided to give it balloon white wall Firestones. They look good – but didn’t they just ruin the performance mods? 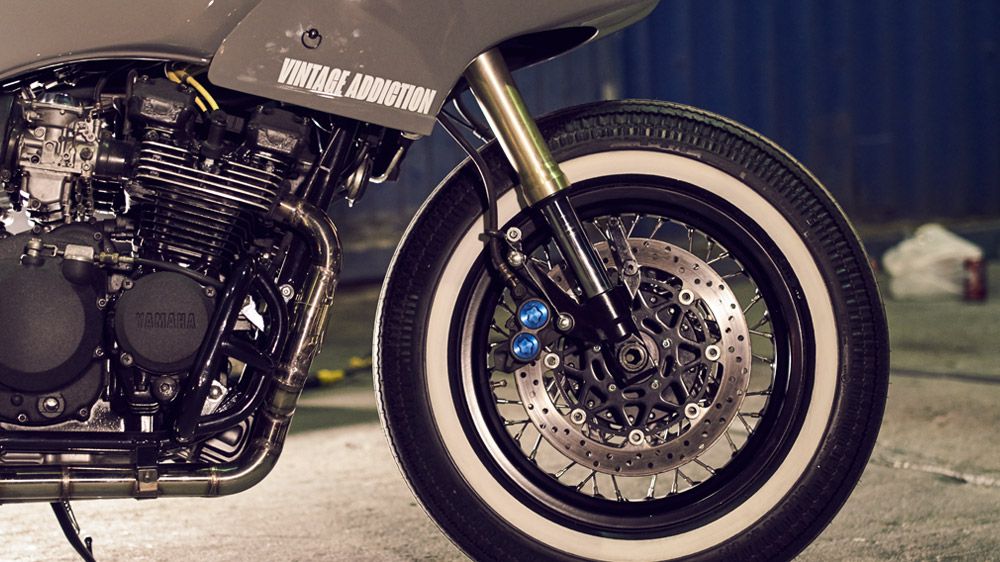 The most significant styling aspect is that the builder decided to leave the stock tank. And it works! By lowering the front, putting on a custom seat and side panels – they managed to improve the looks to a level of a truly likable side profile. And this grey paint combined with matte black engine looks really cool. 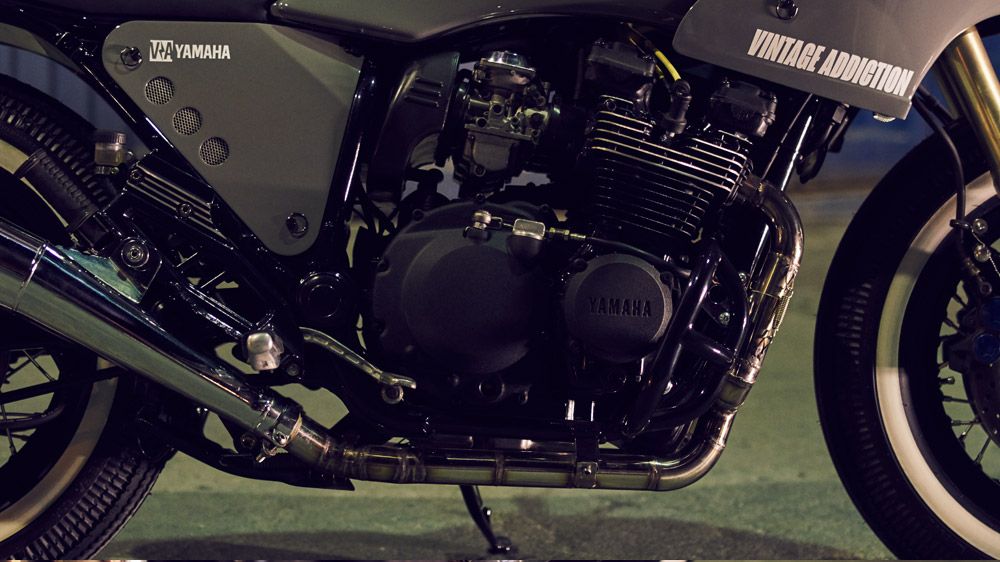 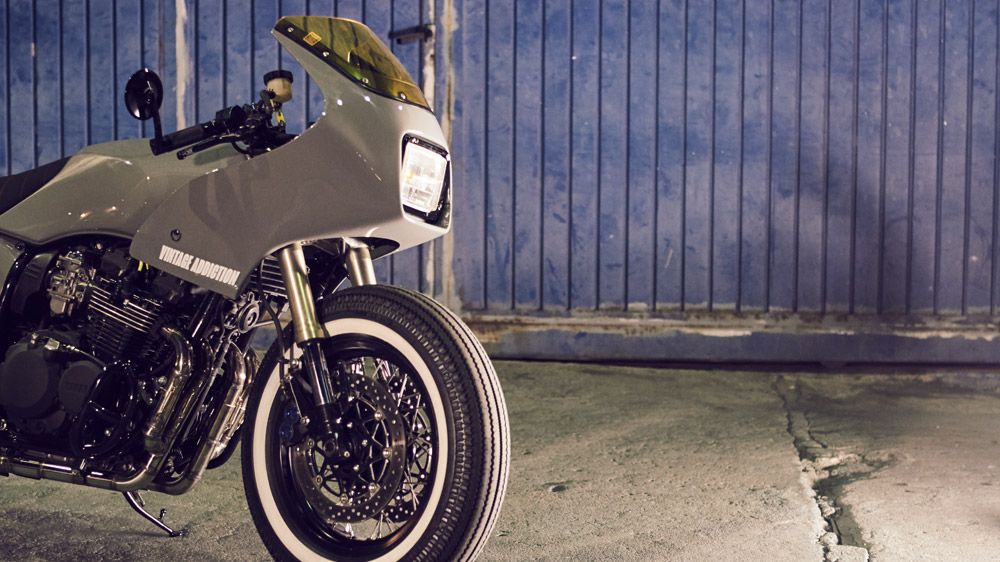 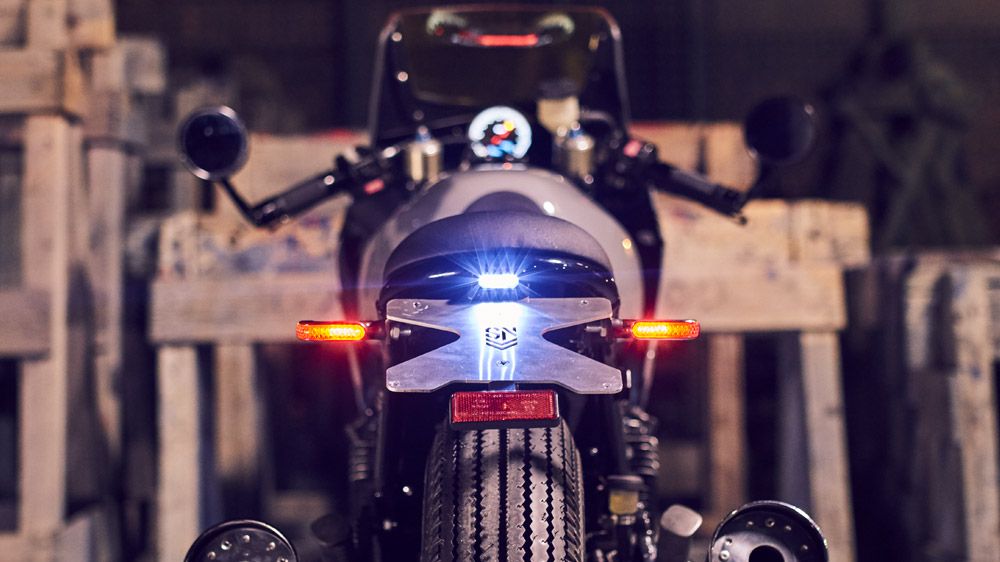 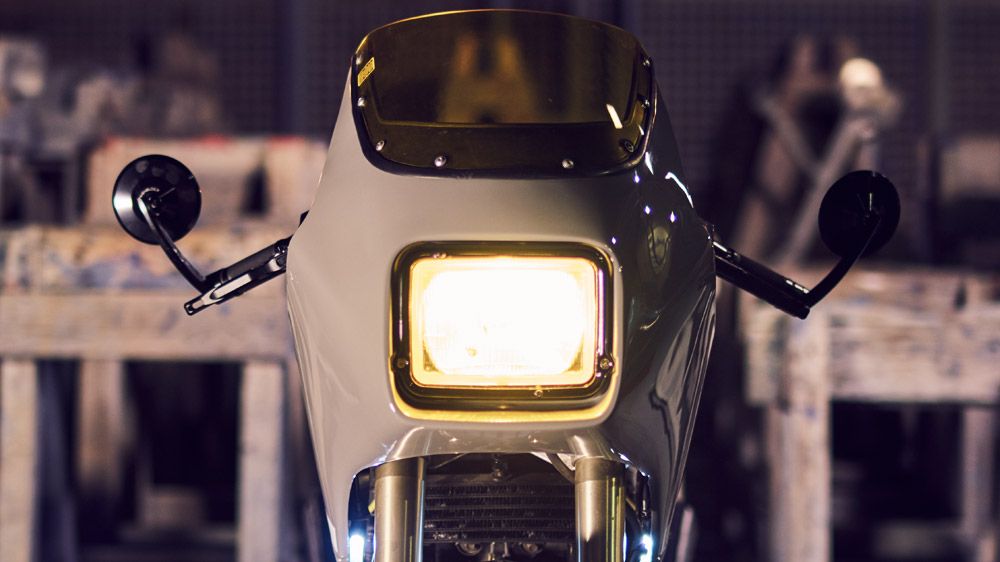 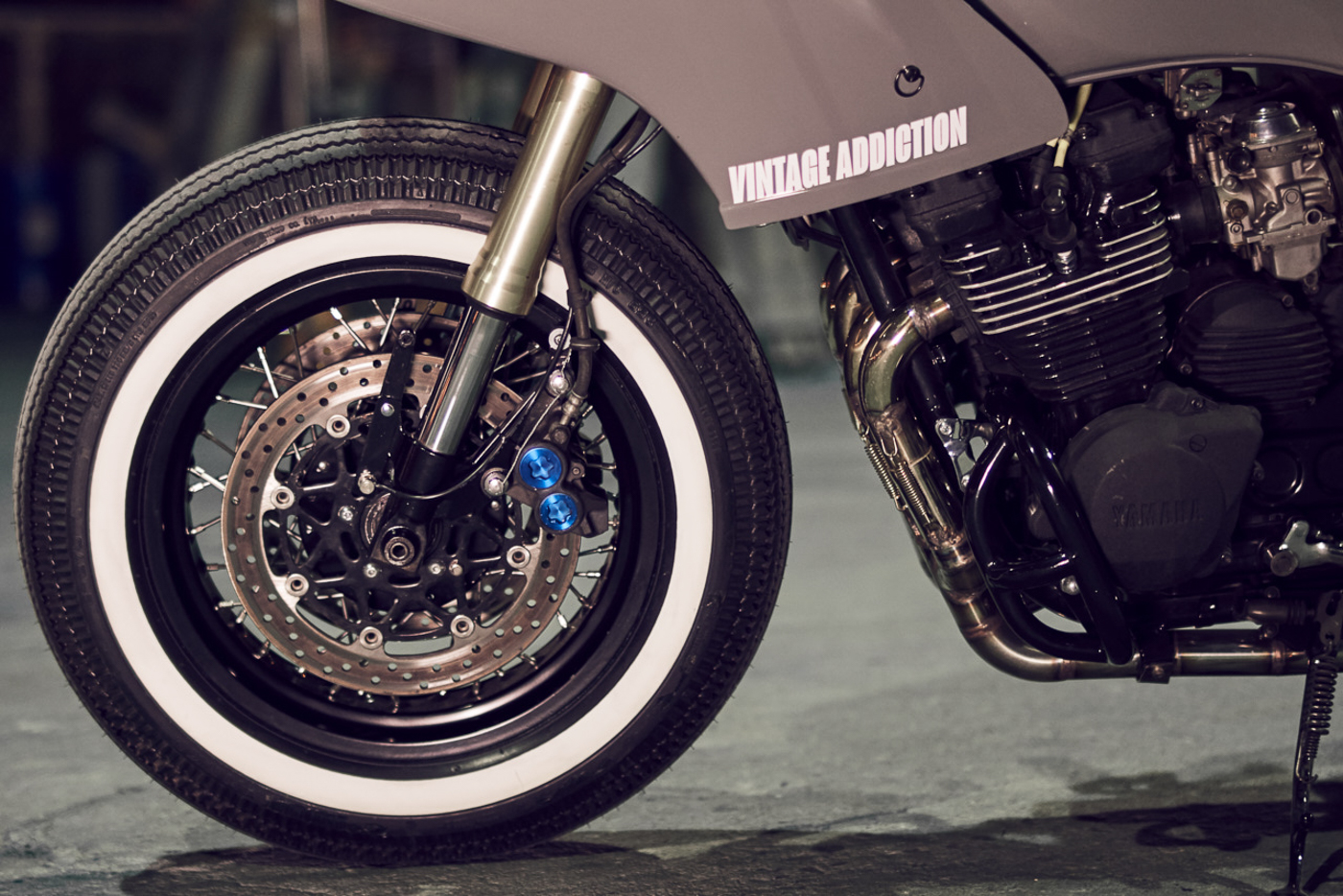 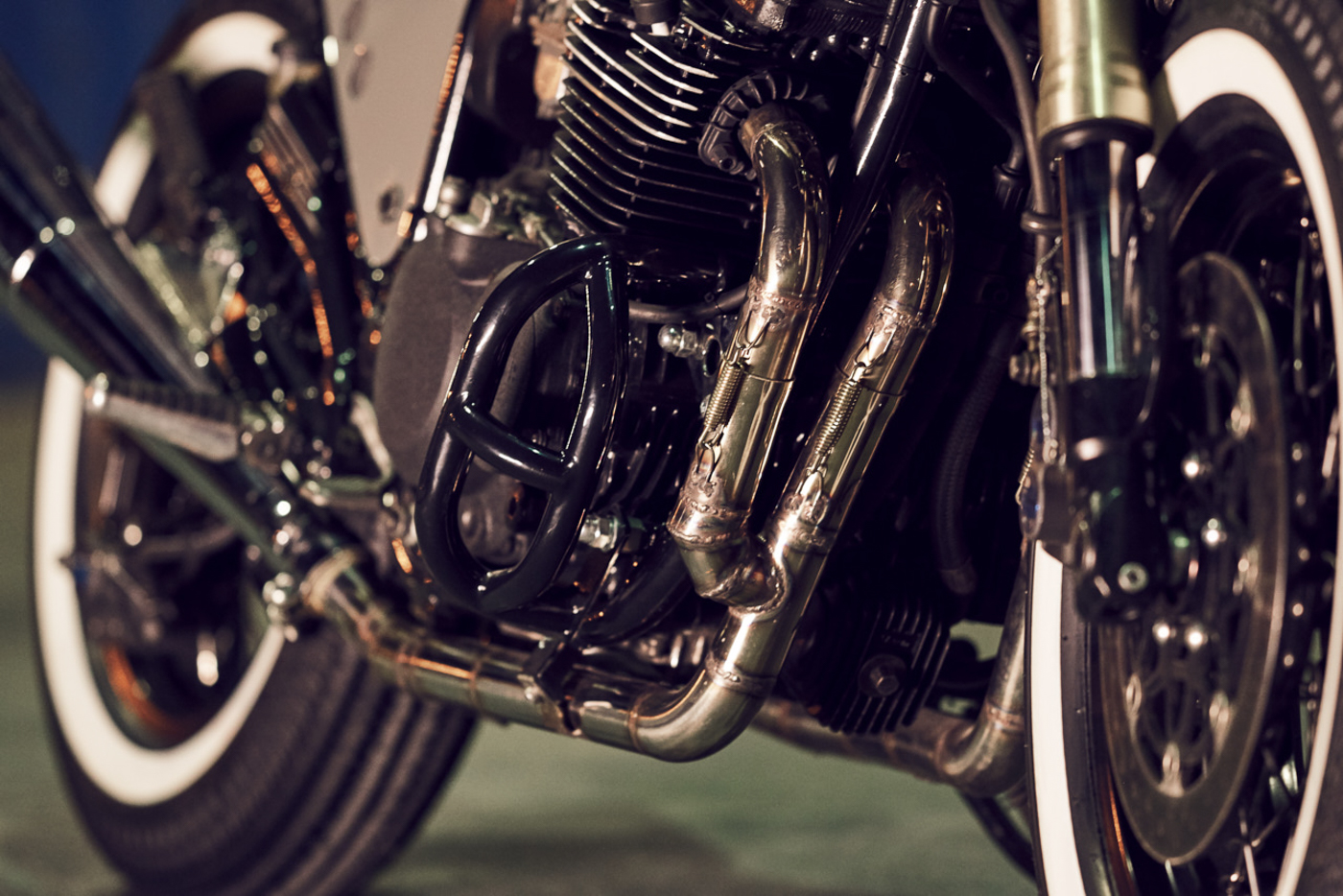