I know this thing is old (2014) – and it’s quite a significant retrospective build, but I always wanted to have it on the blog. This thing is so majestic… Especially when You have a chance to see it live, that You have to give huge credit to the builder. Not only the donor bike is a flagship of its segment, one of very few 6 cylinder motorcycles, and the only one inline-six produced currently. And also the level of details and the number of custom made parts is simply stunning. And obviously – it’s the first K1600 featured here. 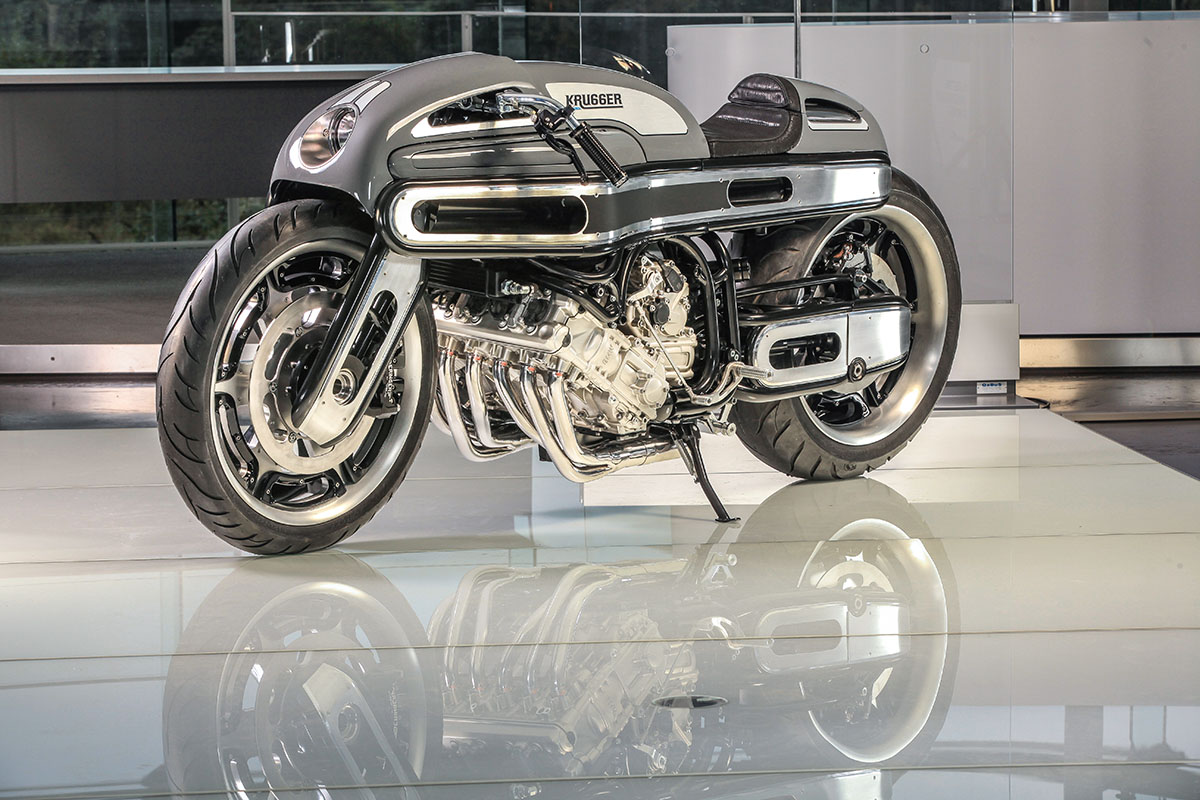 When BMW France gave this K1600 to Krugger Motorcycles to modify – they had 2 conditions: do not modify the electronics and the engine. So… Fred Bertrand modified everything else on the bike.

The result is the “Nurbs”…

… which stands for Non-Uniform Rational Basis Spline. Sounds a bit nerdish but it’s a thing from mathematical modeling for calculating curves and surfaces – so pretty much what this build is about. 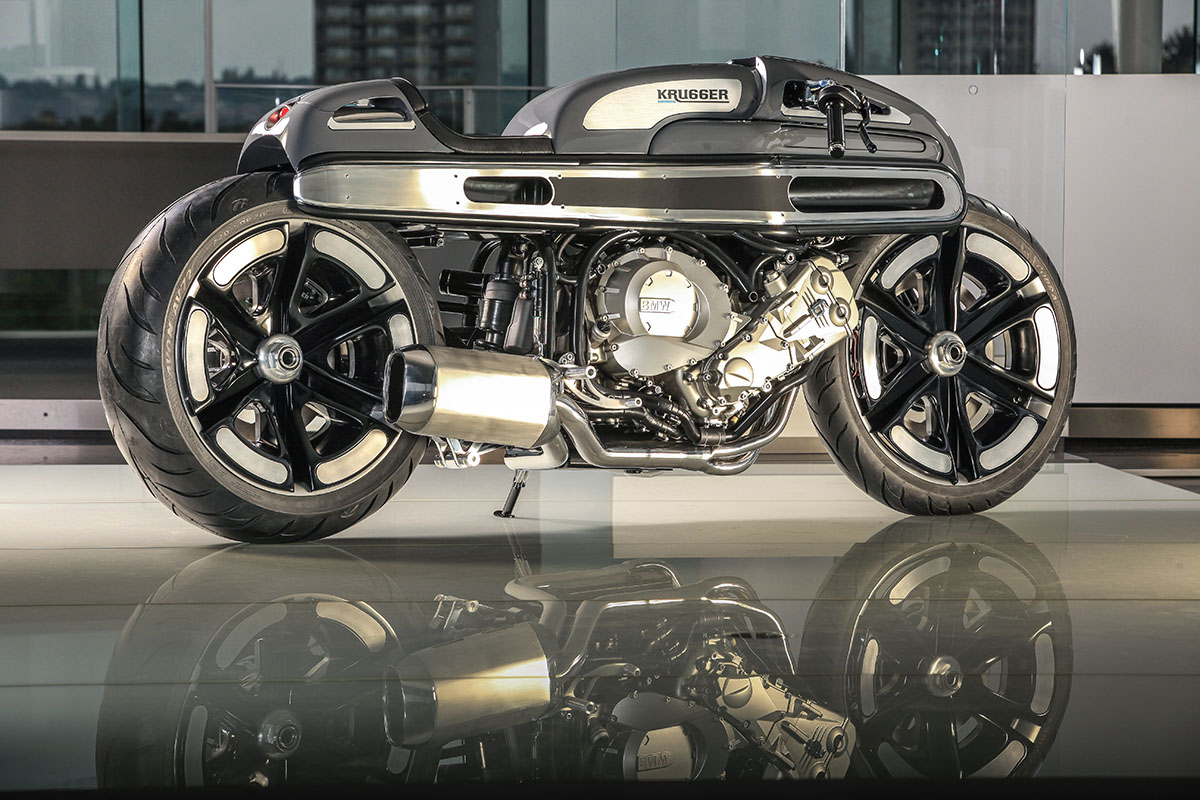 The touring stance of the original was completely removed here. There are no stock fairings left. Which gives space for custom made body and seat line. All decorated with exceptionally composed side panels and details cut out of metal.  The frame is completely new.  And so is the custom-made single sided front swing arm where the only stock part would be the shock absorber. There is no windshield, as the custom bodywork, makes the fairing and the tank a single piece. 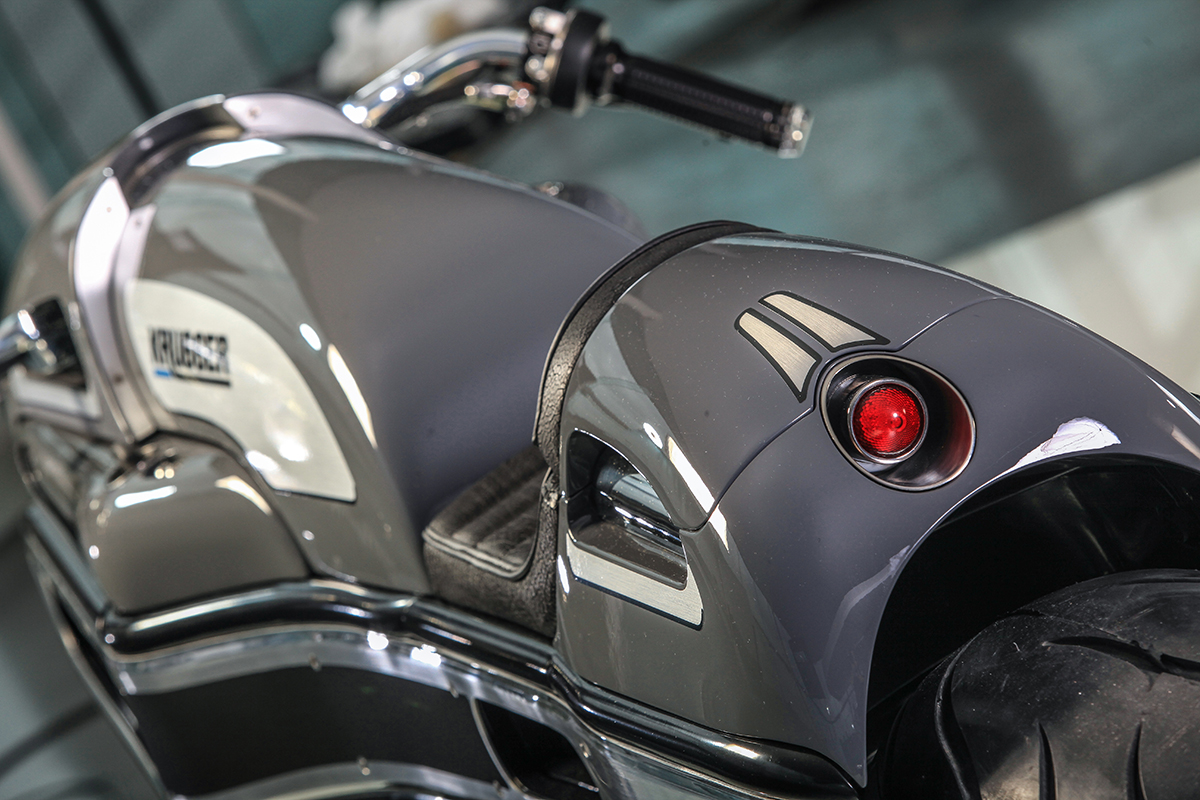 The 2 radiators were moved on the sides of the bike – the engine and its 6 exhaust pipes are neatly exposed. While the electronics and the engine were kept original, the exhaust was modified and lowered to meet the flat lines of the rest of the bodywork. There are 2 fuel tanks: the main one is under the seat and it’s fed by the smaller one in the tail section. 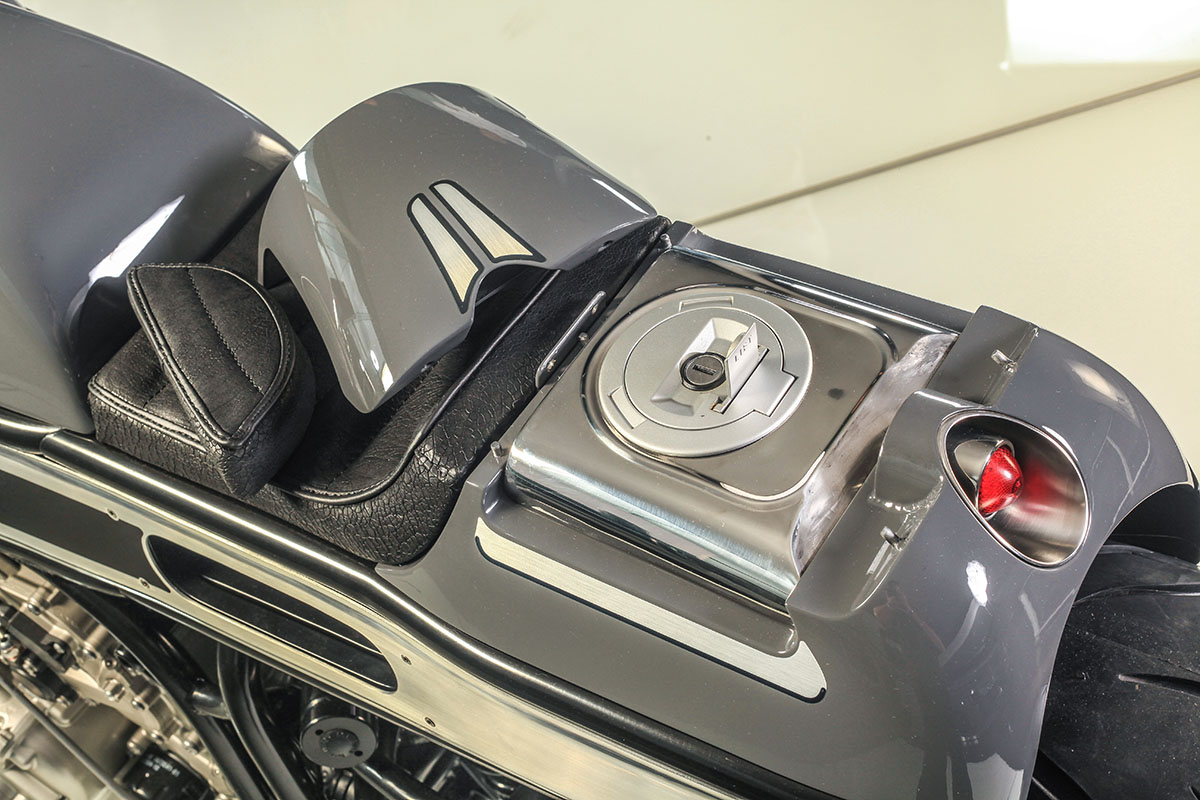 Nurbs is using a stock ABS system that is working with a complete new Beringer brake system.

This build probably won’t make the K1600 a common donor bike for mods in the “Cafe Racer” direction of styling. As we can see 4 years after its premiere. But – this makes it even more special. 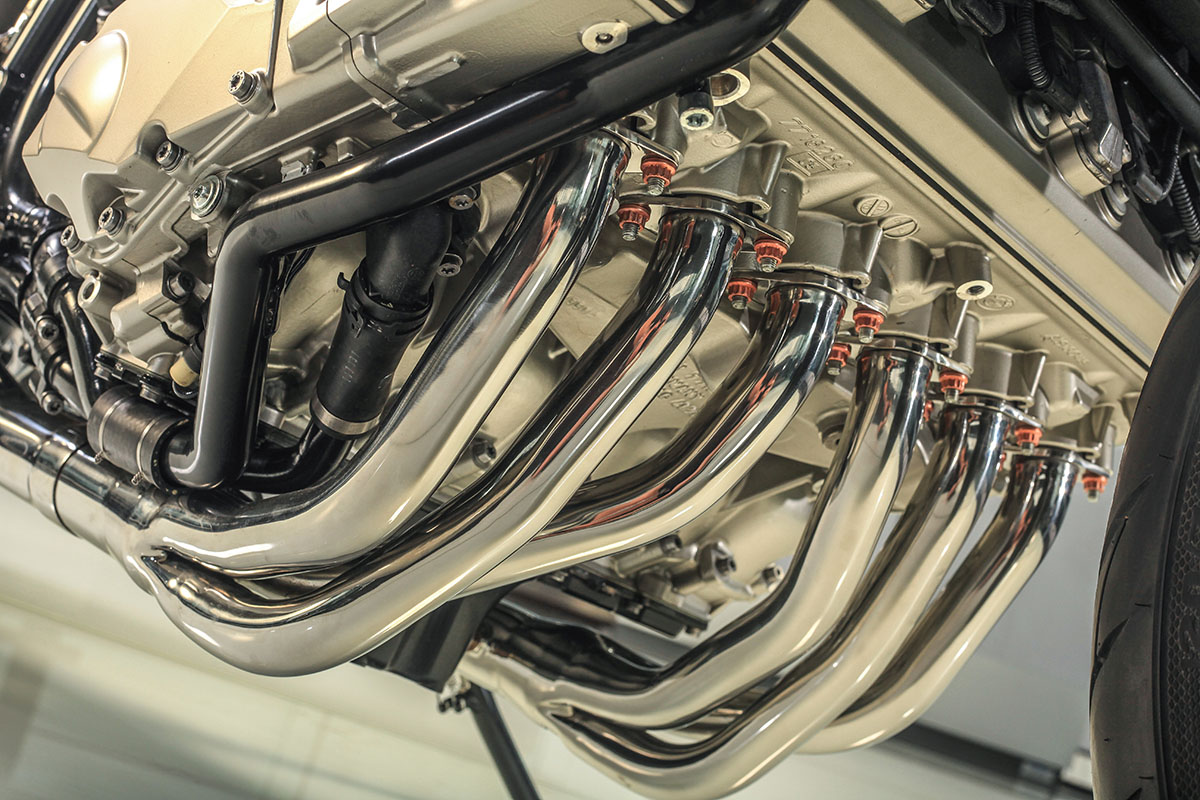 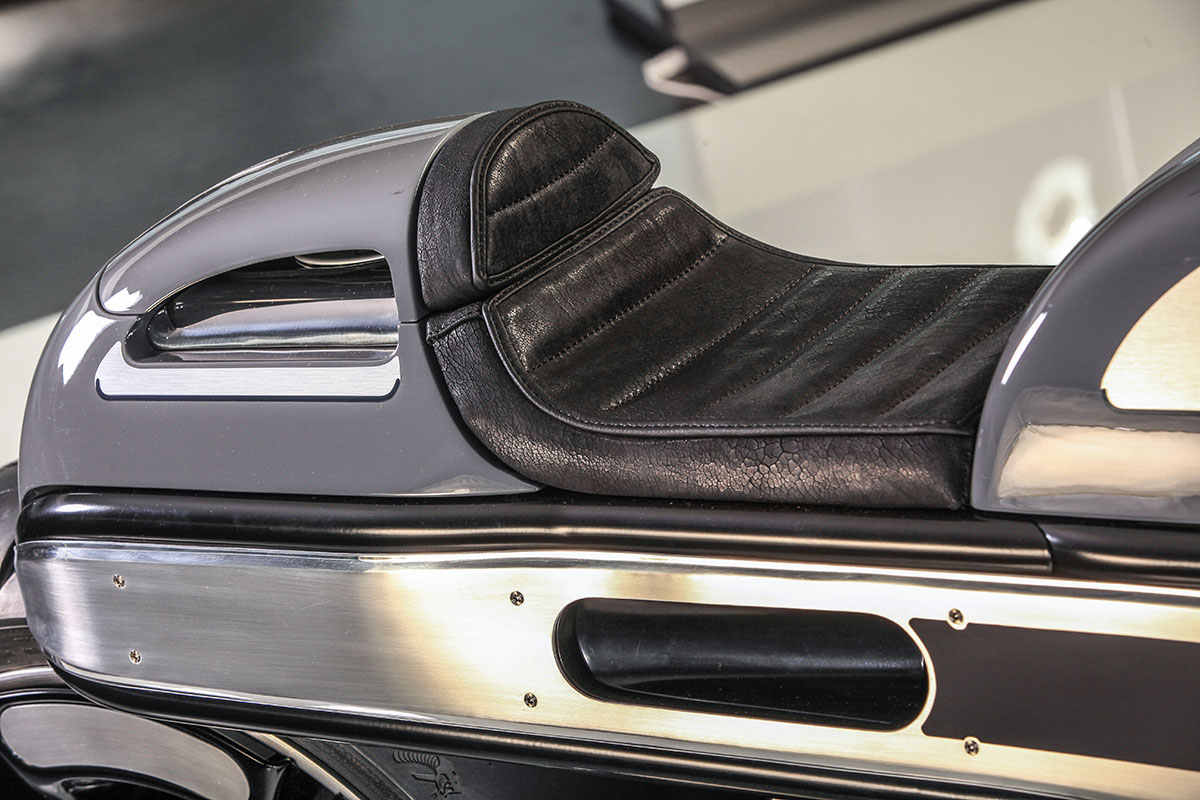 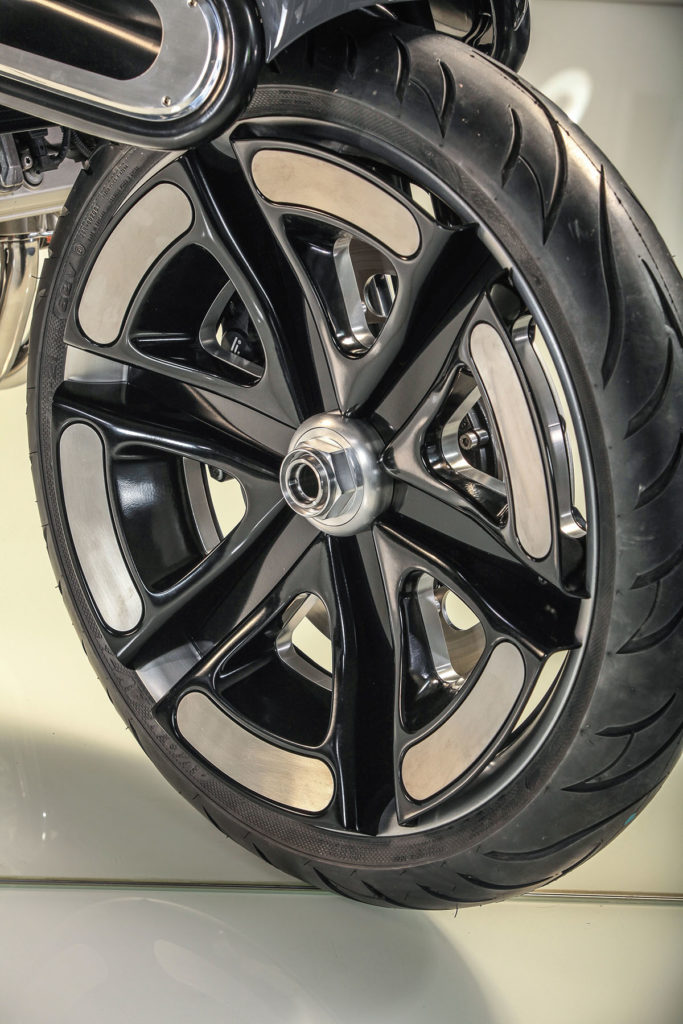 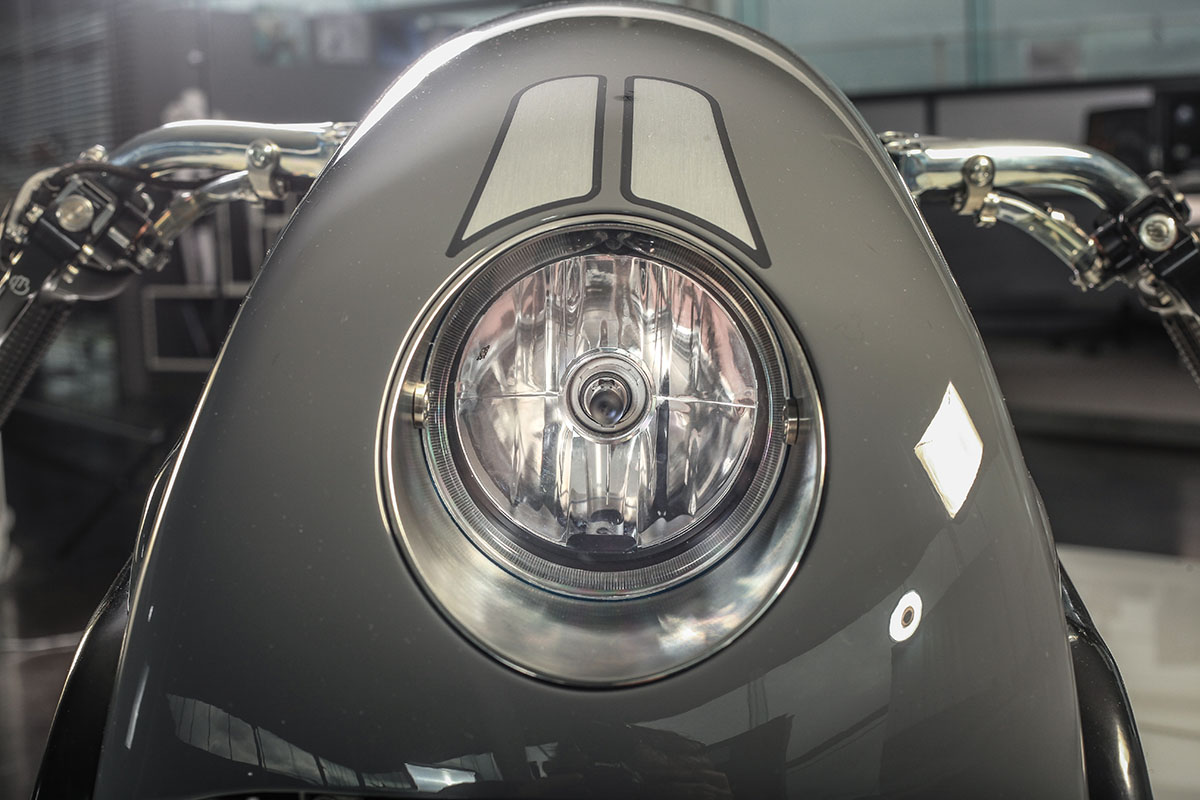 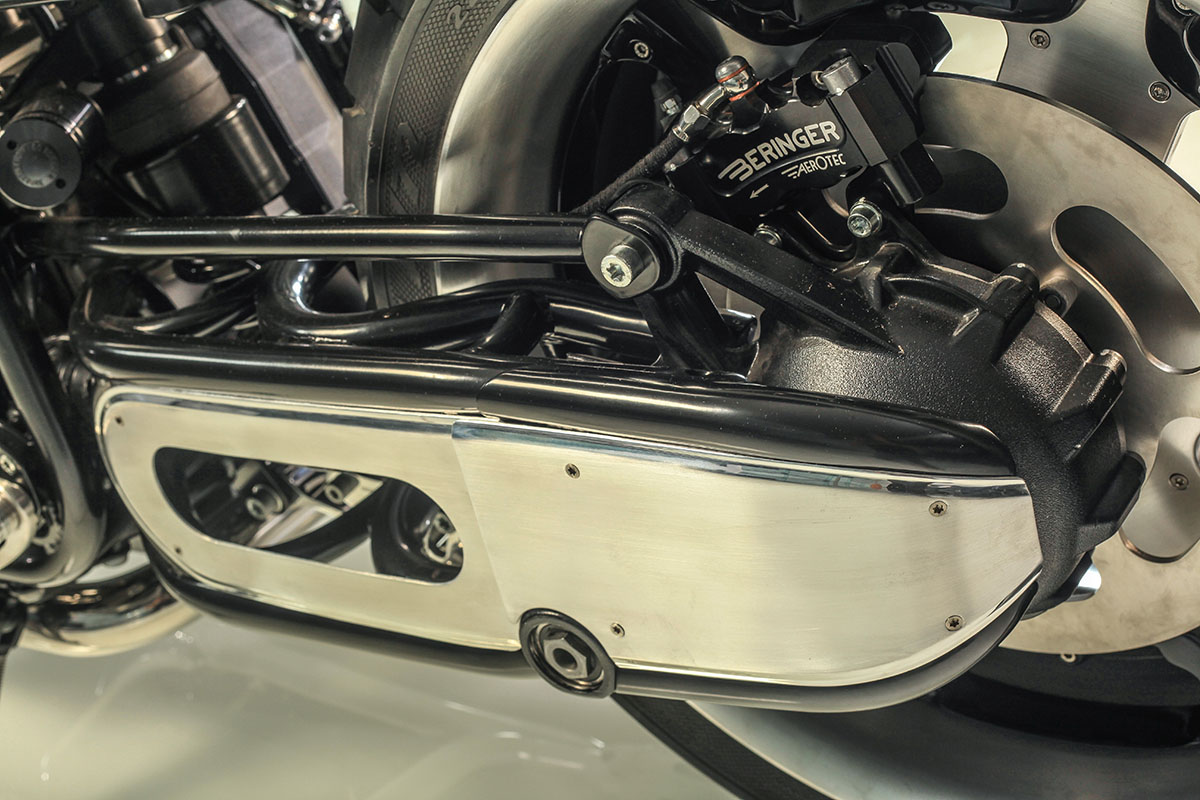 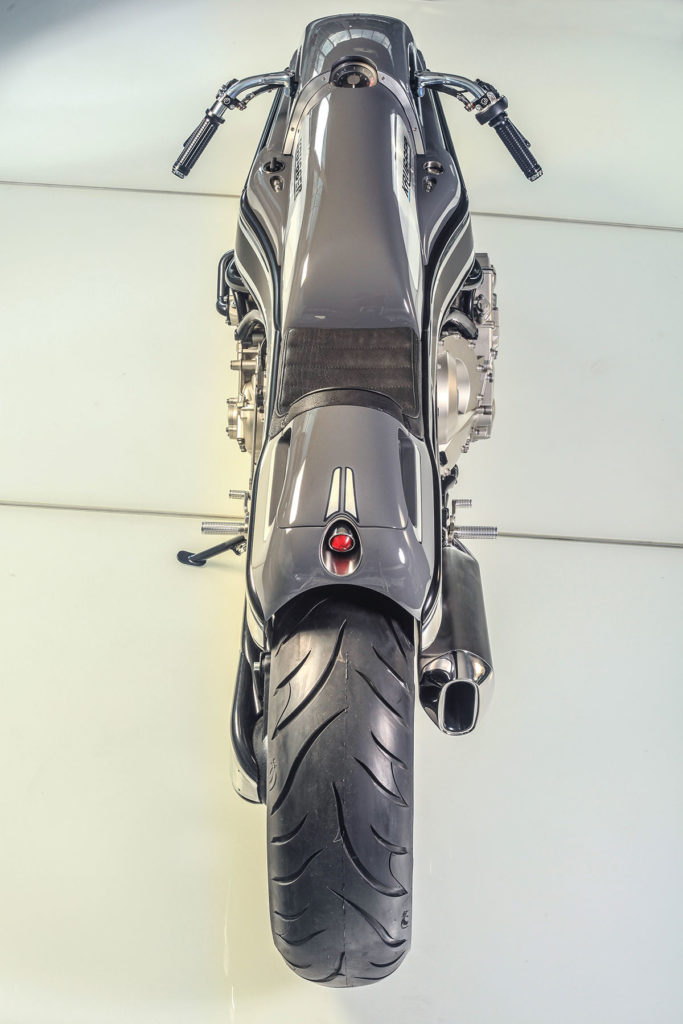 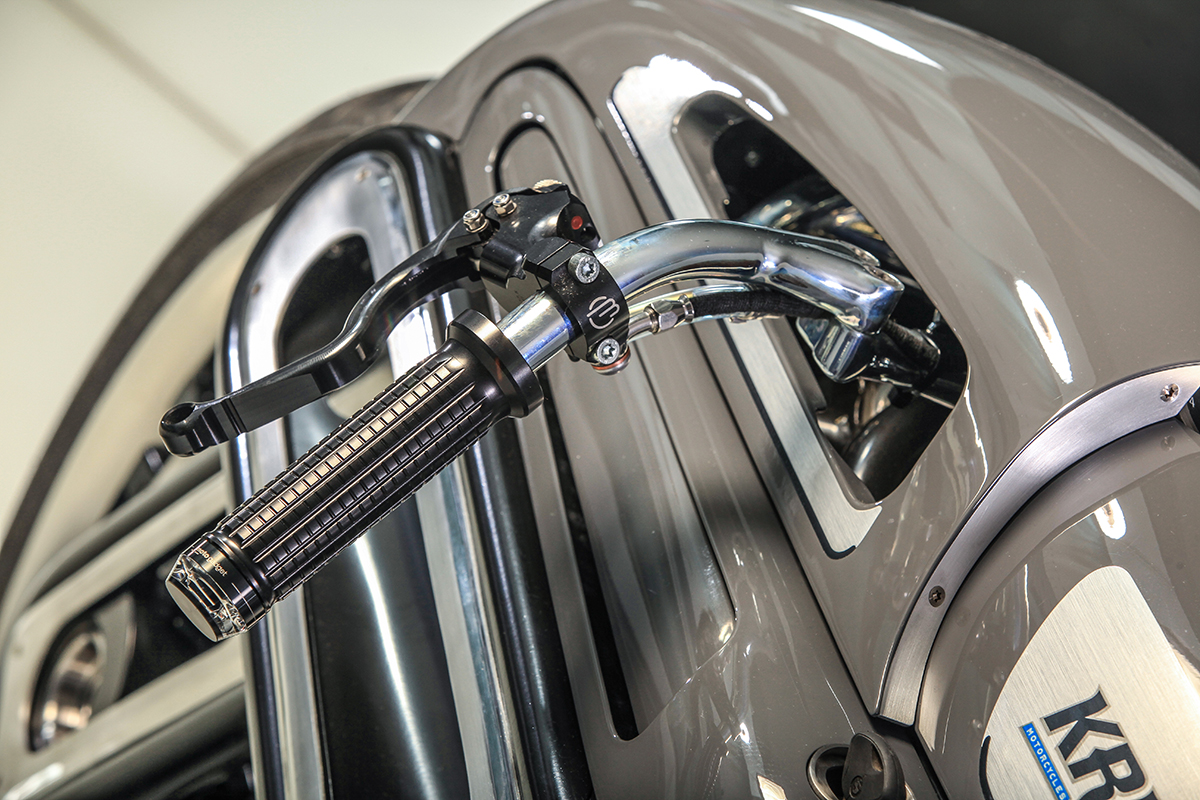 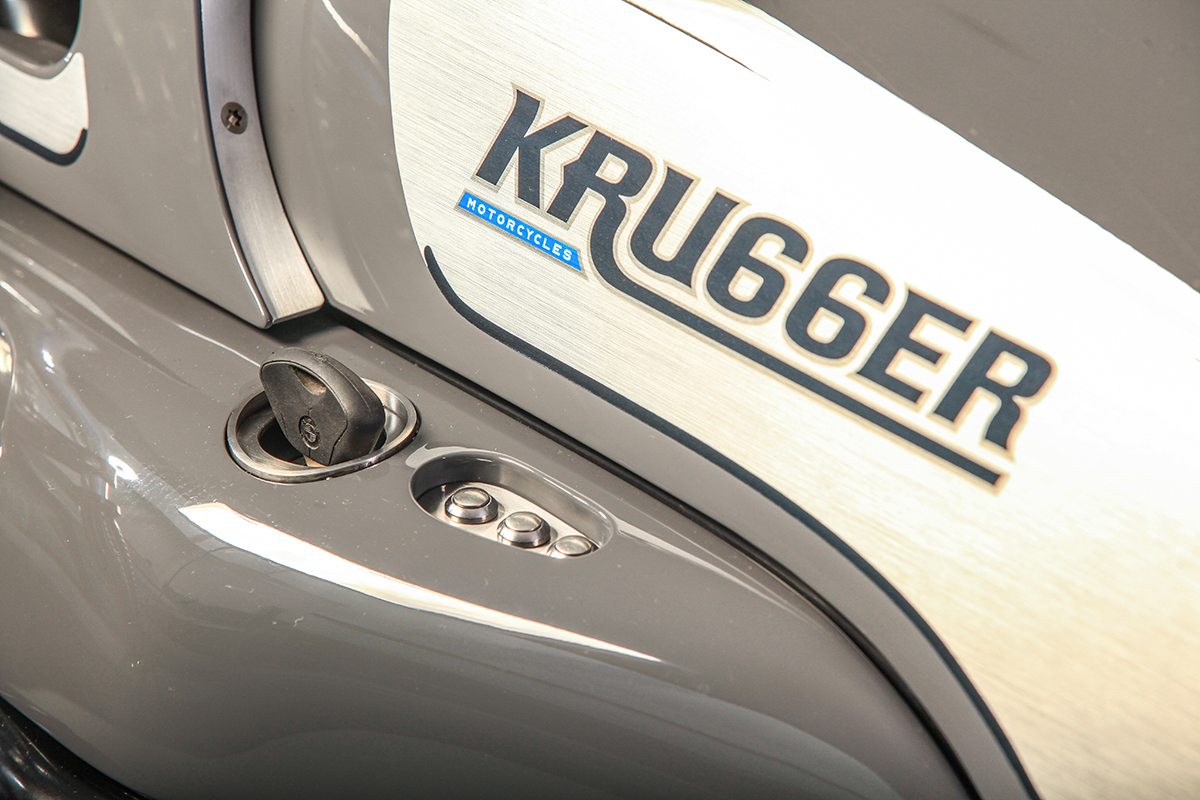