Let’s take a break from the Honda CB750 world. And switch to the other, more exotic end of the scale. It takes a brave man to take on the task of modifying the Ducati Diavel. I honestly tried to build a Top 5 list of Diavels on this blog… and failed to find a number of worthy candidates. Not only it’s a very difficult donor bike, but also it’s Italian – meaning it’s a huge risk to improve on what the Bolognians designed. 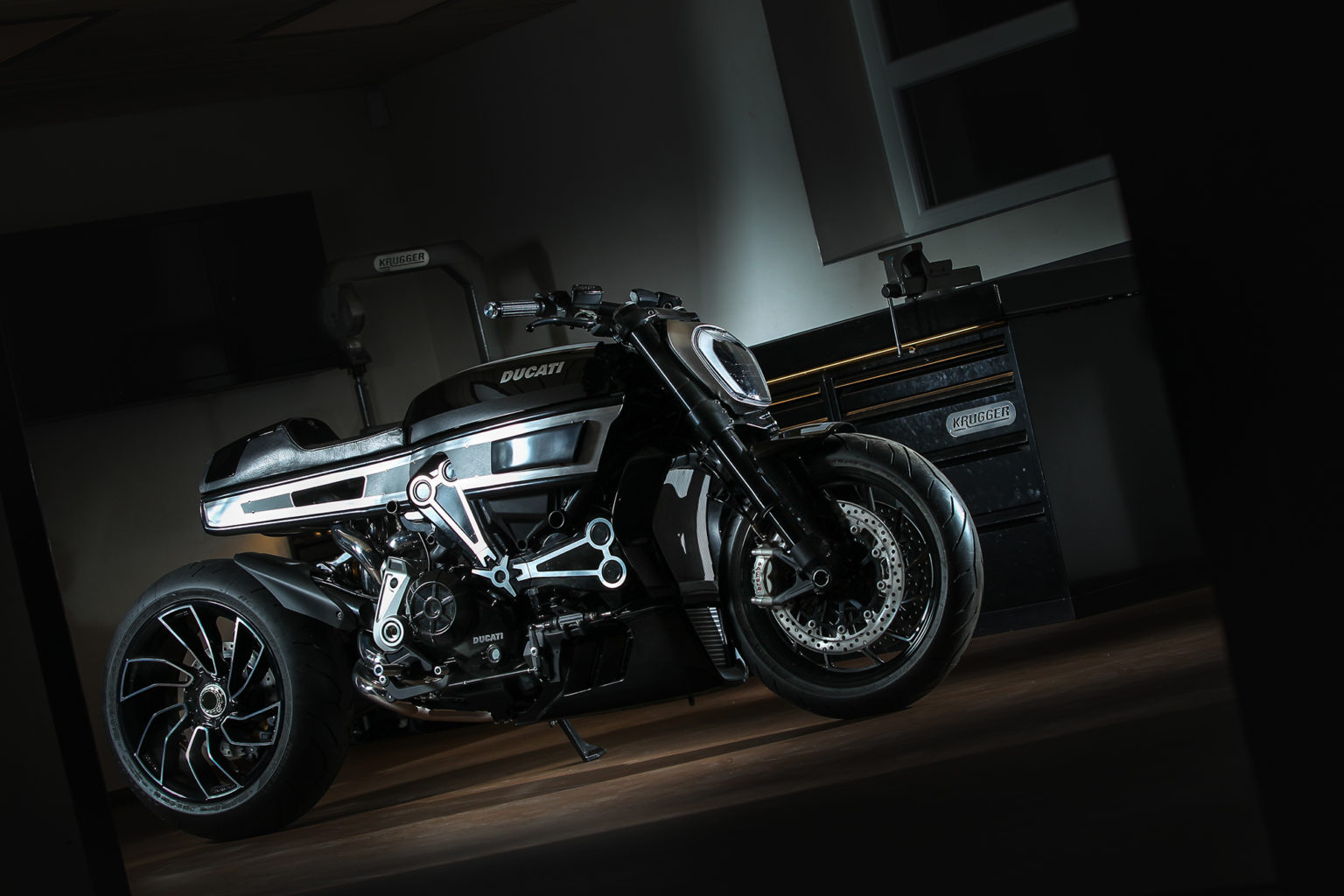 The challenge was accepted and what we got – is the definition of Fred’s distinctive style on a power cruiser as a donor bike. Krugger Motorcycles decided to “rework” the Ducati XDiavel S… by an actual invitation from Ducati’s product manager impressed by the “Nurbs” project. 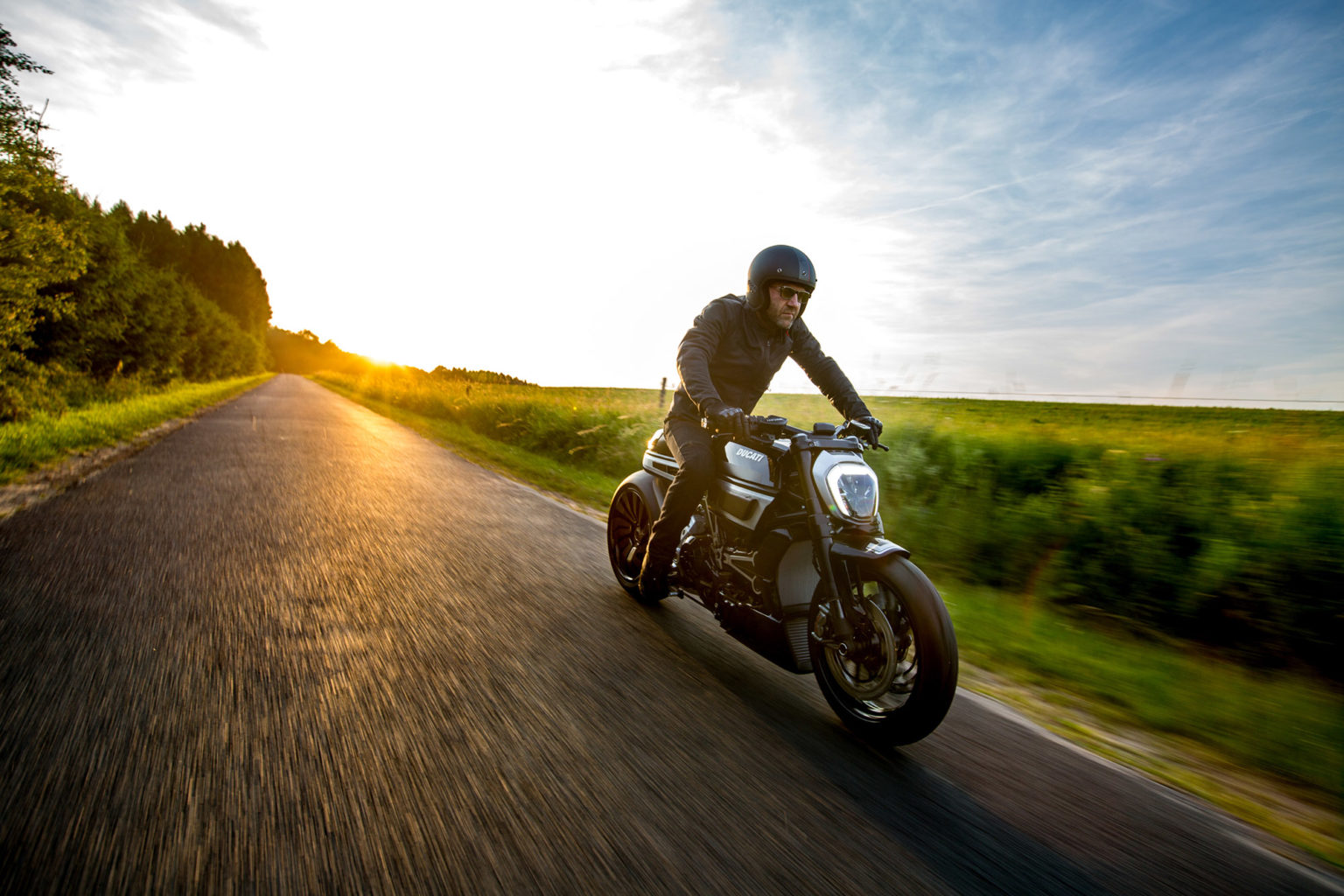 The builder himself needs no introduction. He is a multiple custom bike building World Champion in AMD Freestyle. His previous build:  “one of a kind” majestic BMW K1600 called “Nurbs” can be clearly seen in the style of this bike. XDiavel looks lighter and “less German” than the BMW, but the trademarks are all there: thick square profiles, straight lines and brushed aluminium. 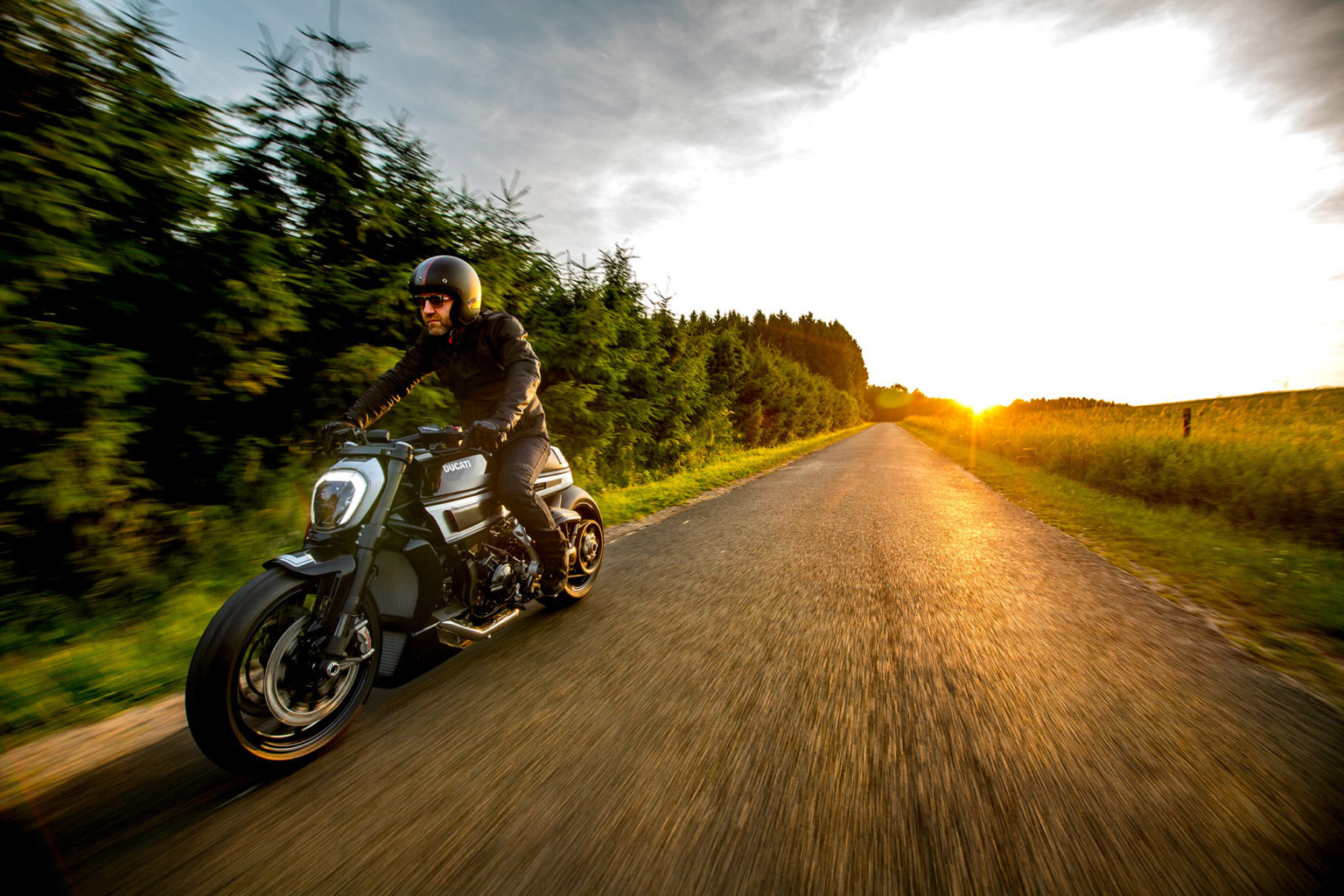 It’s hard to believe the donor model of the bike – geometric backbone and completely covered Ducati’s visible frame. Certainly, the general line was simplified a lot, at the same time keeping the engine as a key focal point of the design.

The front was lovered by 50 mm 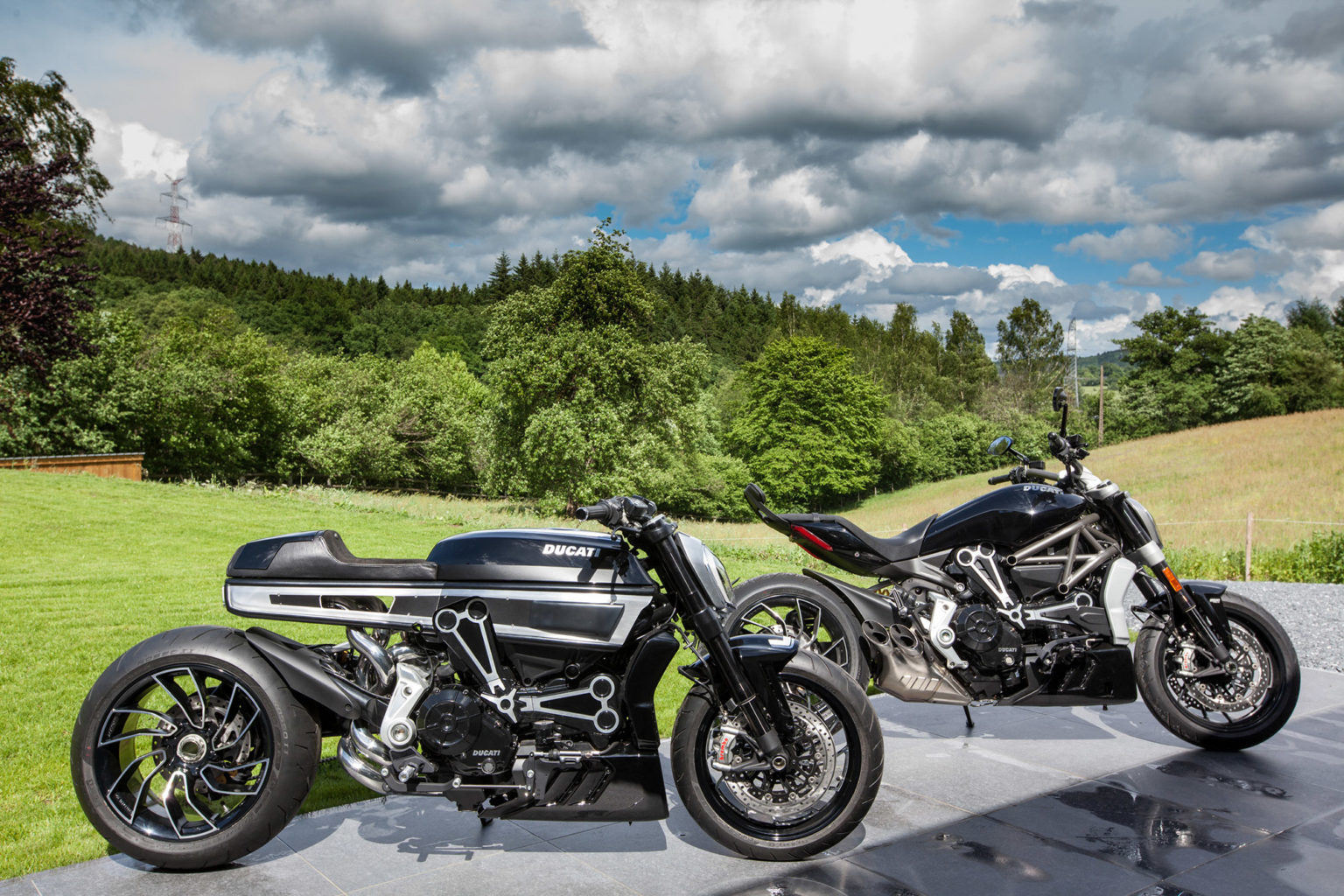 The characteristic LED headlight is still in its place. Fortunately, the awful stock dual taillights were redesigned. The tail section is focused mainly around two rectangular exhaust tips with a light shape that matches the front one. The tips are clean and design focused. The exhaust pipes seem like they are from another world… of curves and bends.

I cannot express how big of a Krugger Motorcycles fan I am. I know how challenging it is to completely redesign a build. To stay out of any segment or style definition. To see the proportions and visualise the final look of the creation. Only a handful of workshops in the world can pull off such an iconic style and quality. Krugger Motorcycles is one of my favourites without a doubt. 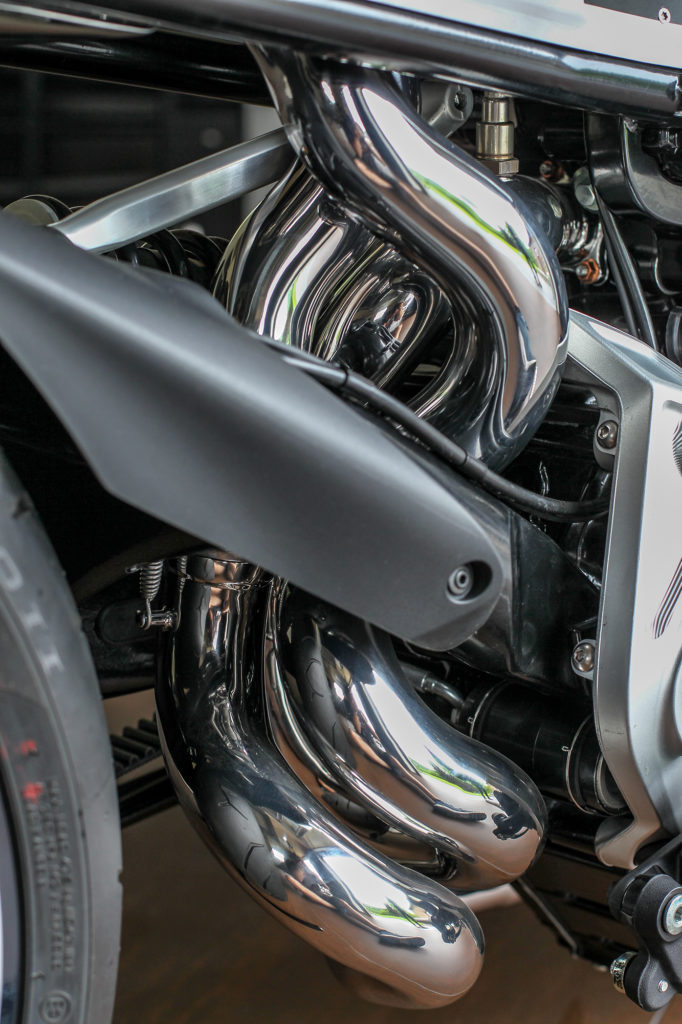 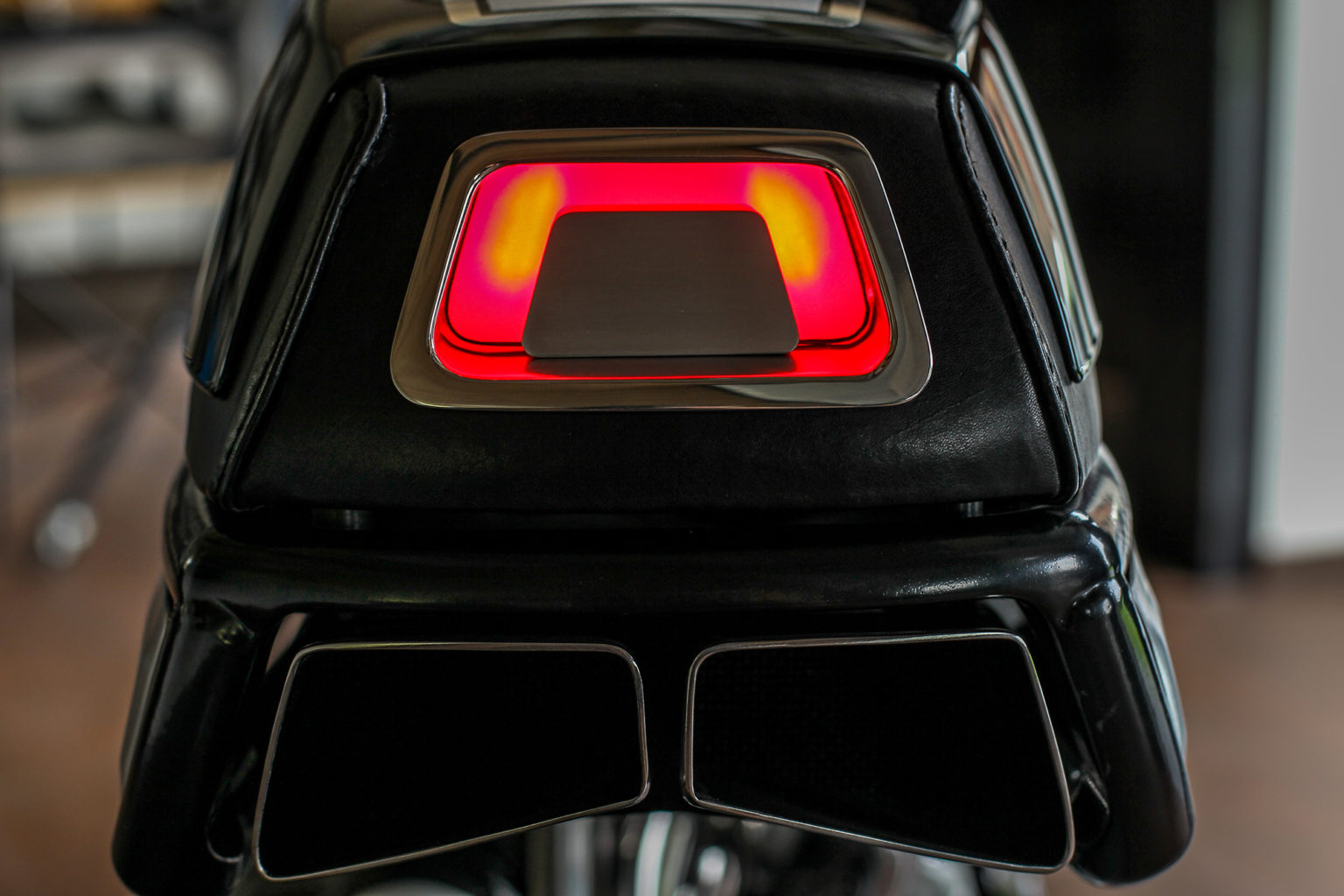 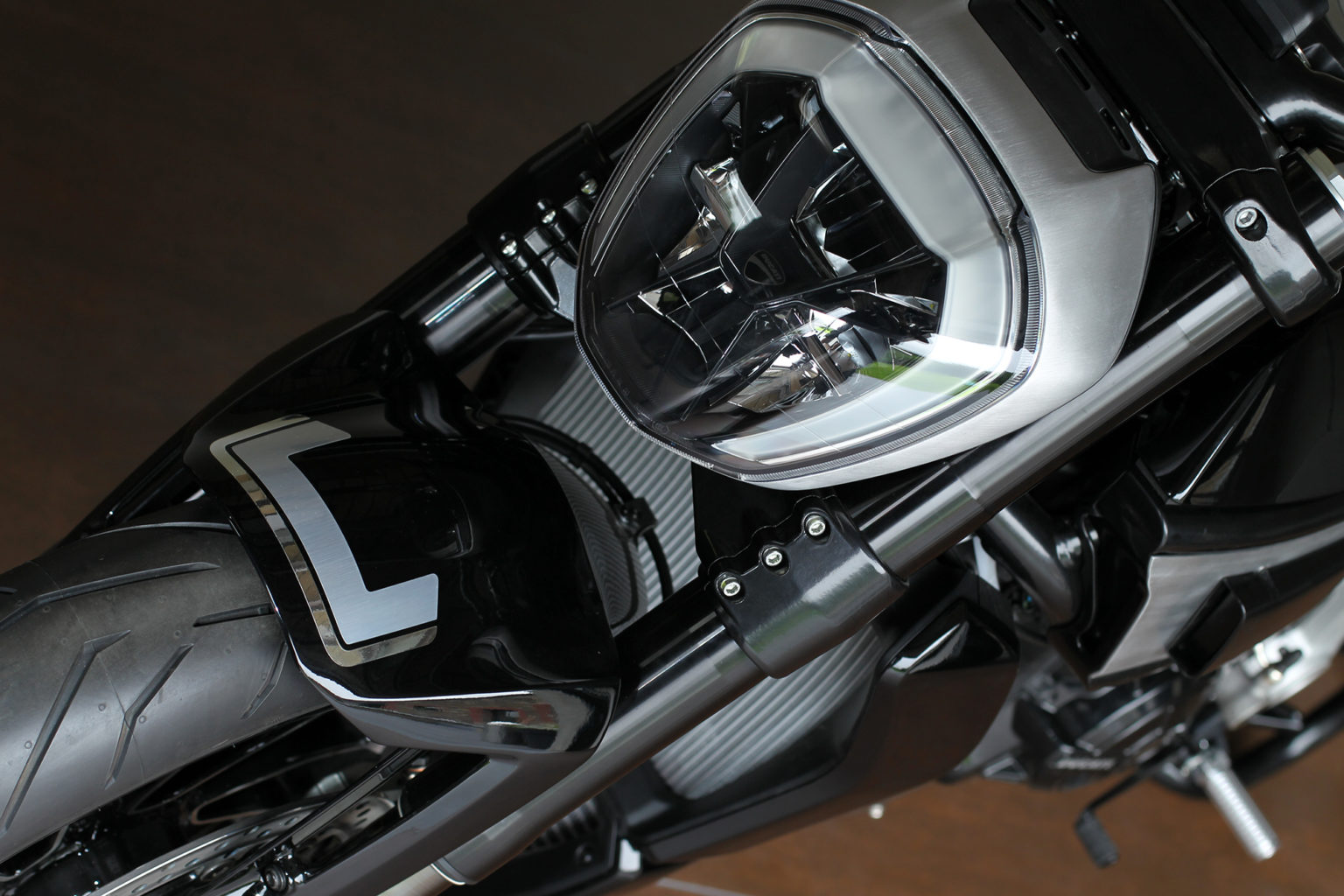 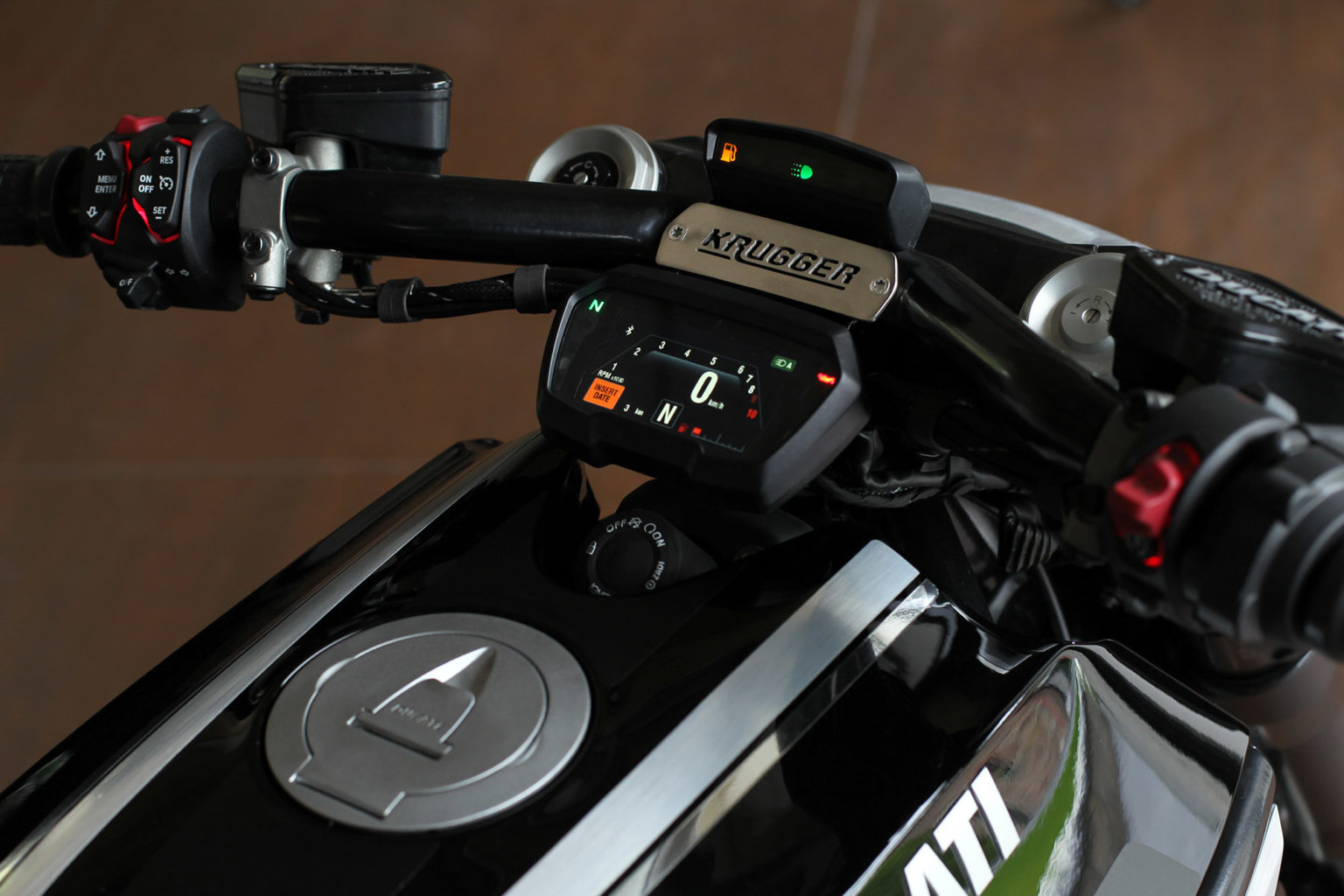 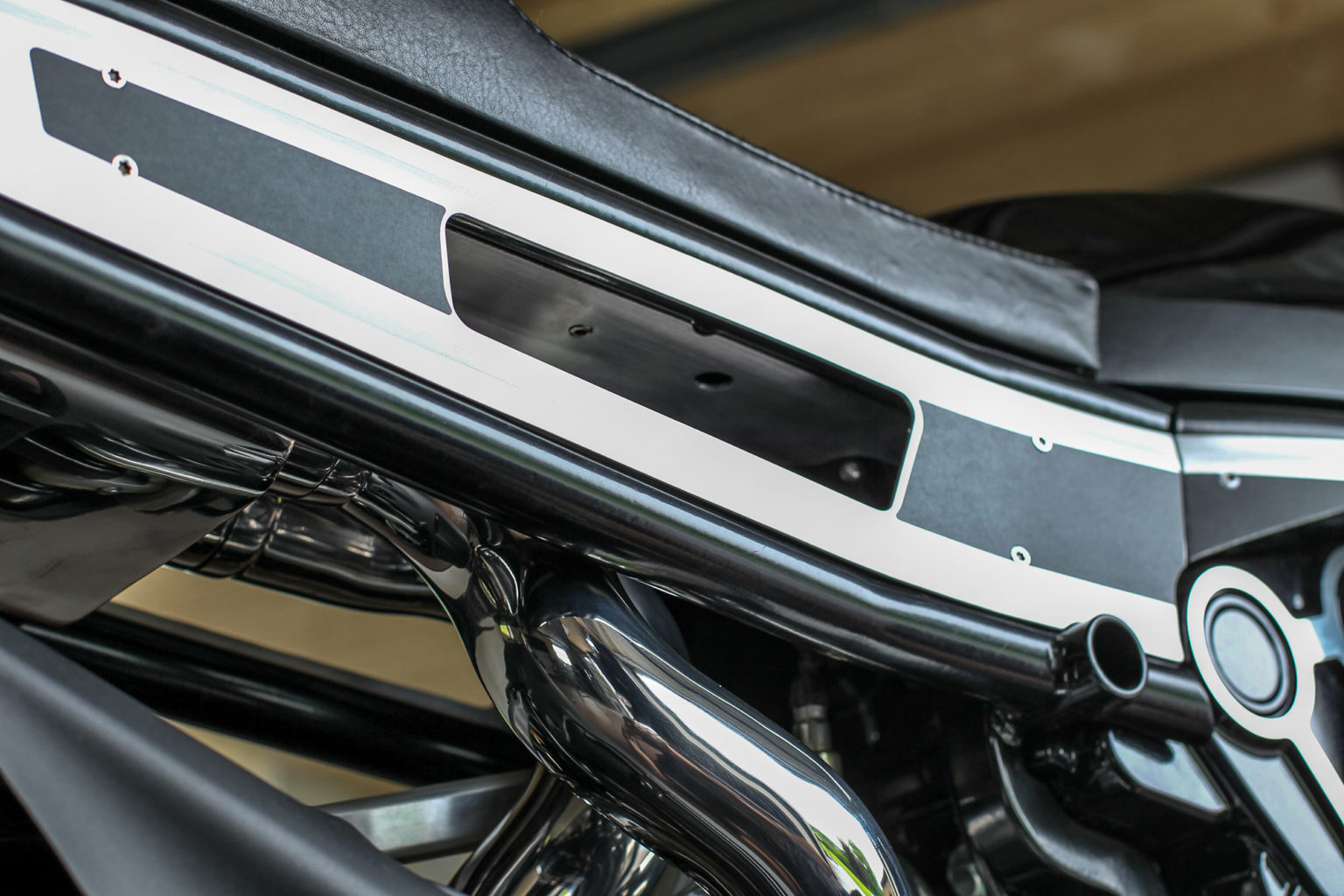