This is a build that You don’t meet often: Kawasaki with a boxer engine?! Looks familiar. Maybe, the cylinder head cover might seem like something You’ve seen, but not placed horizontally! And there is something wrong with the name. W400? What is going on here? Probably a boxer borrowed from a Ural, or a BMW motorcycle, disguised with some custom headers? Not at all.

Pap N Mam built this engine by themselves… 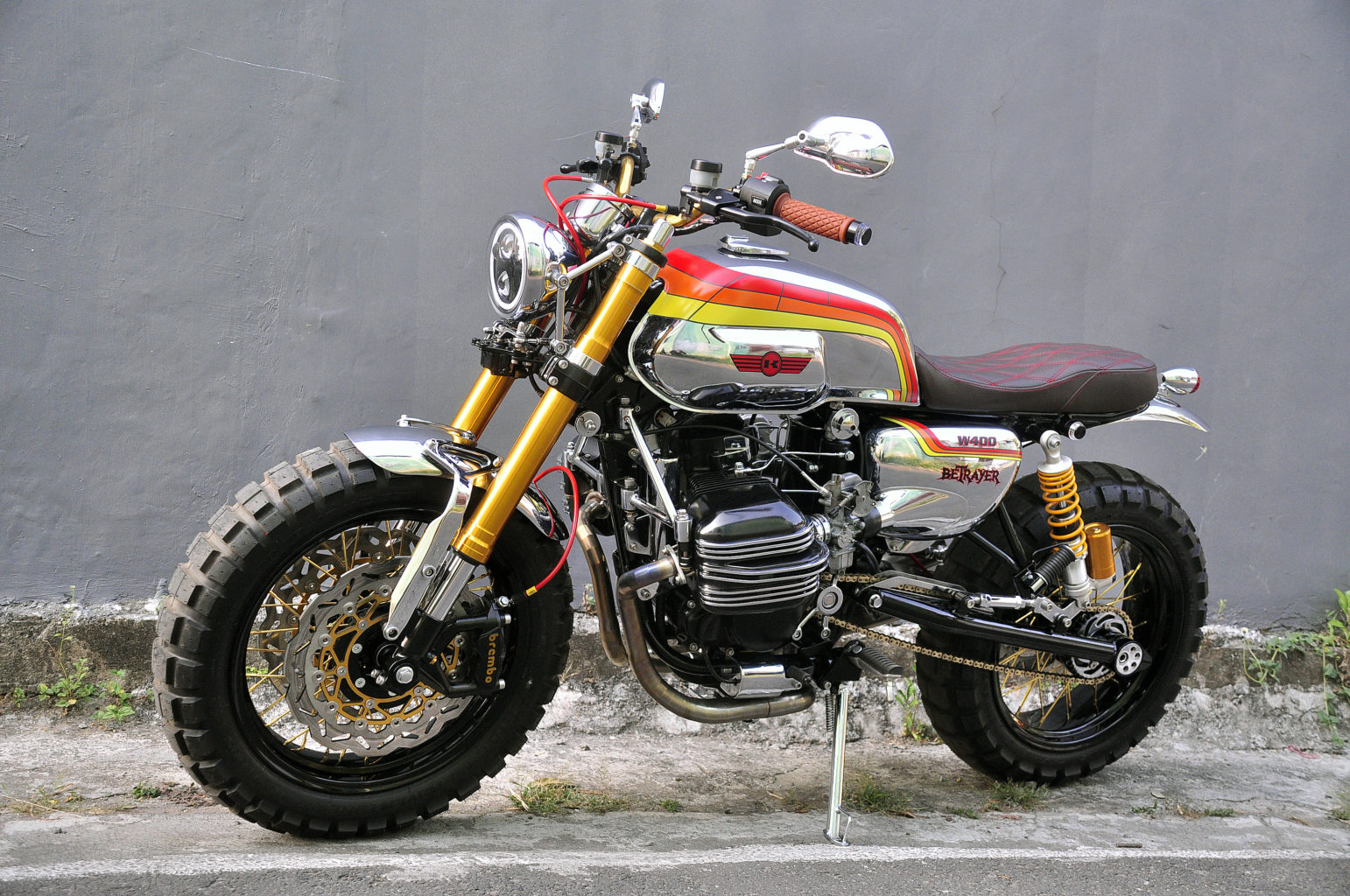 …by connecting two 175cc singles from W175. Not only they joined the engines but also increased the displacement to a total of 400. The amount of work was enormous. It almost seems impossible to do it. They used a gear transfer system to propel the balancer. Custom made oil pipes that become “storage tubes”, two oil pumps – one attached to the motor, the second electric (for faster oil circulation). 2 magnetic rotors – one default one, to charge the system, the other one for ignition. Gearbox is stock. 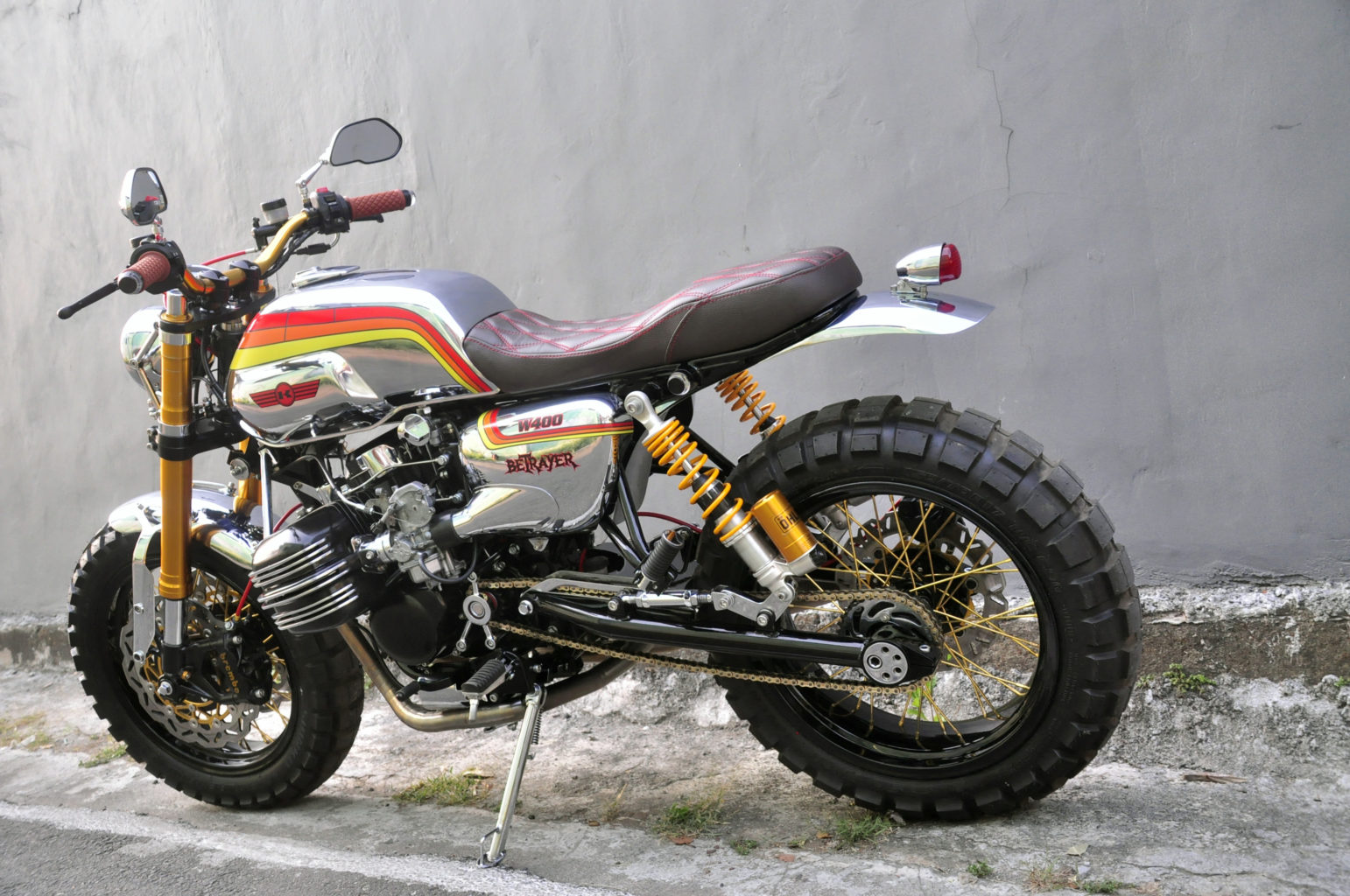 It is as crazy as it looks

Let’s leave the weird stuff for a while. The frame comes from W175. Pretty new donor bike, as it was just recently released to the market. The style can be defined as a Scrambler and a Tracker. Most of this bike is handmade in the shop — not only the engine itself but also the tank, swingarm, side covers, forks. The gas tank was inspired by Moto Guzzi V7 unit. 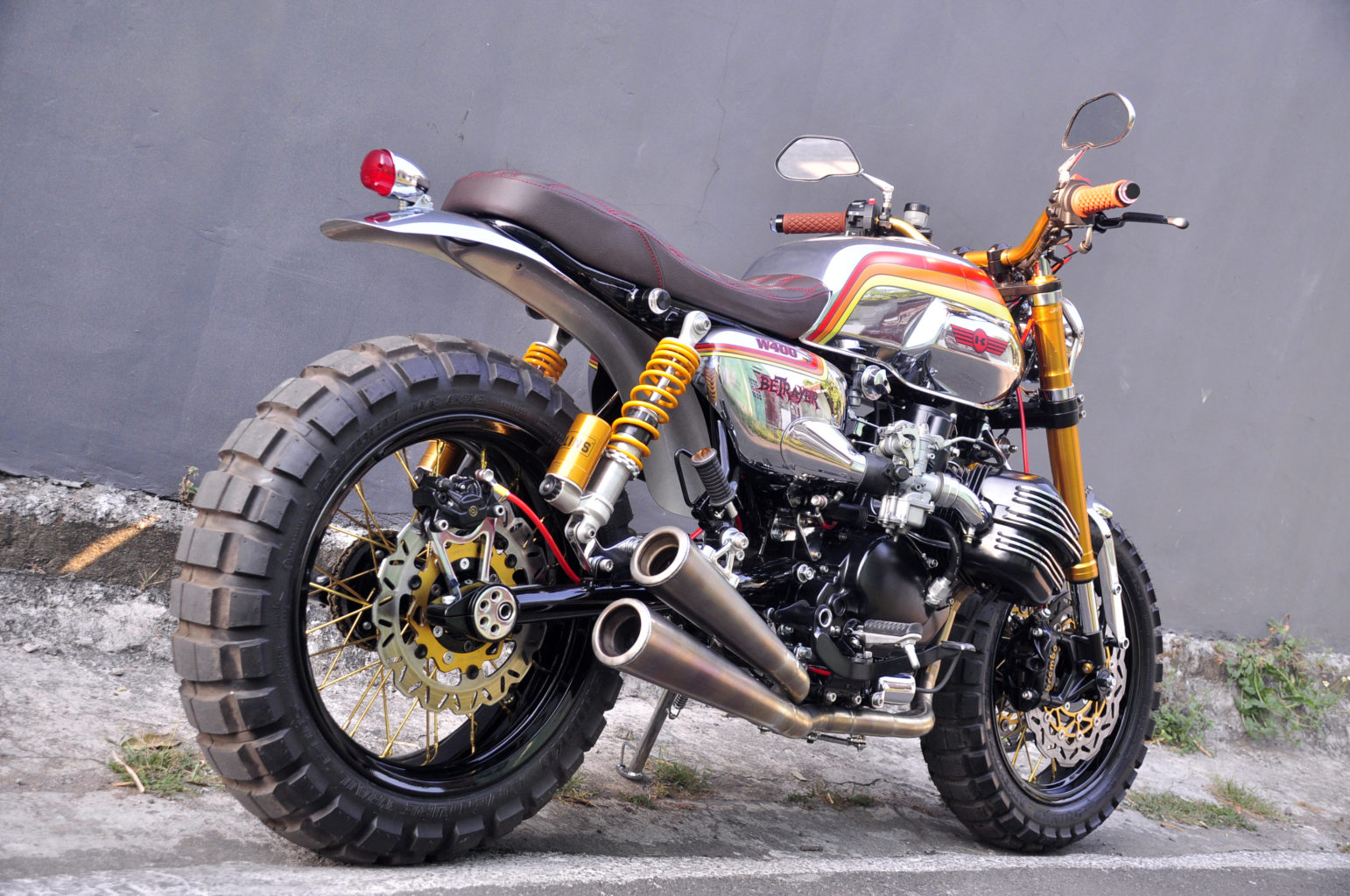 The exhaust is also worth mentioning separately, as the builder installed “an active DB killer” system. At the flick of a switch – You can make it loud or soft, by moving two levers under the engine.

So we have two styles, two engines, two exhaust tones – all in one brilliant custom motorcycle, that stands out from the crowd. Goal reached! 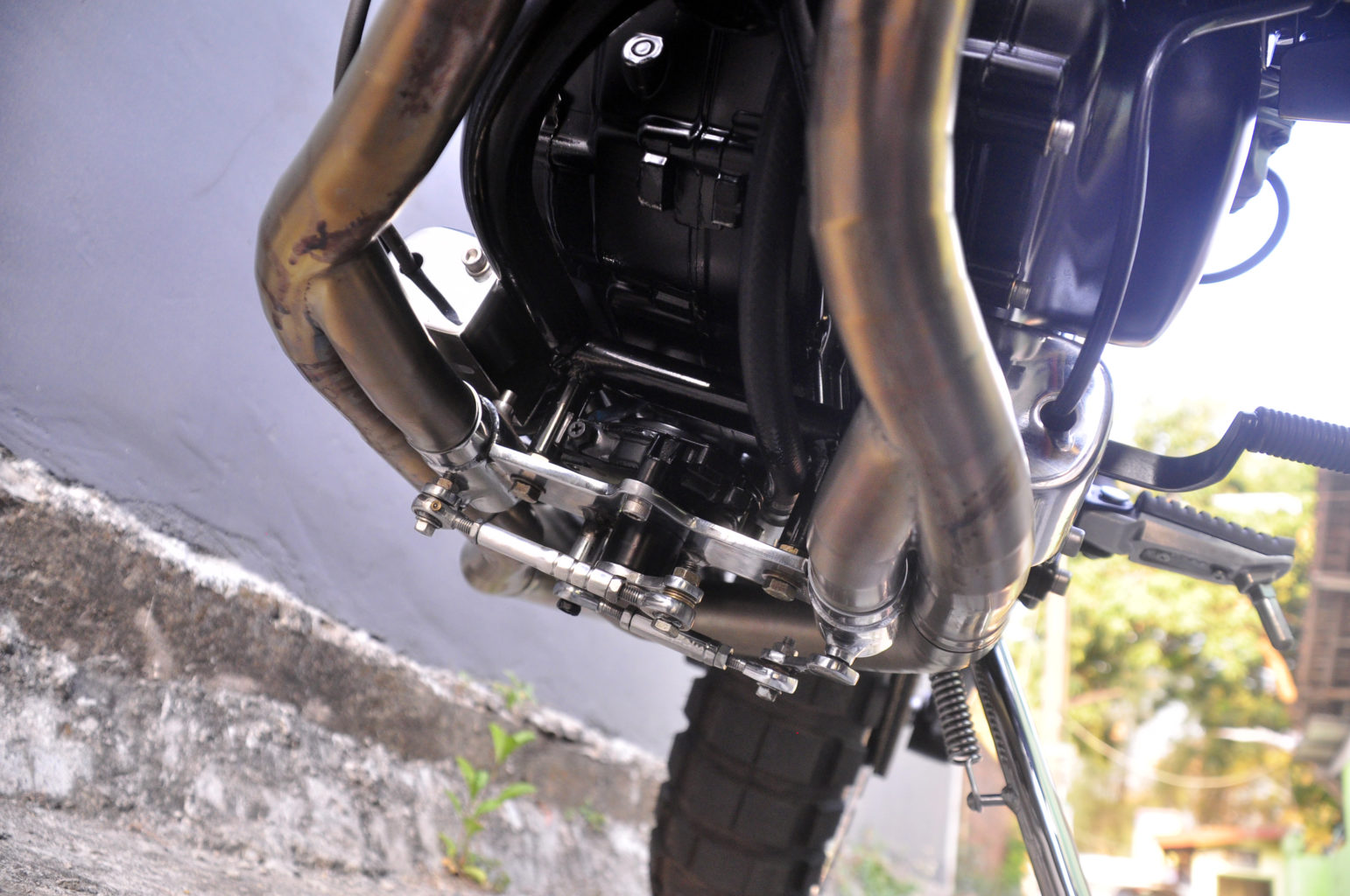 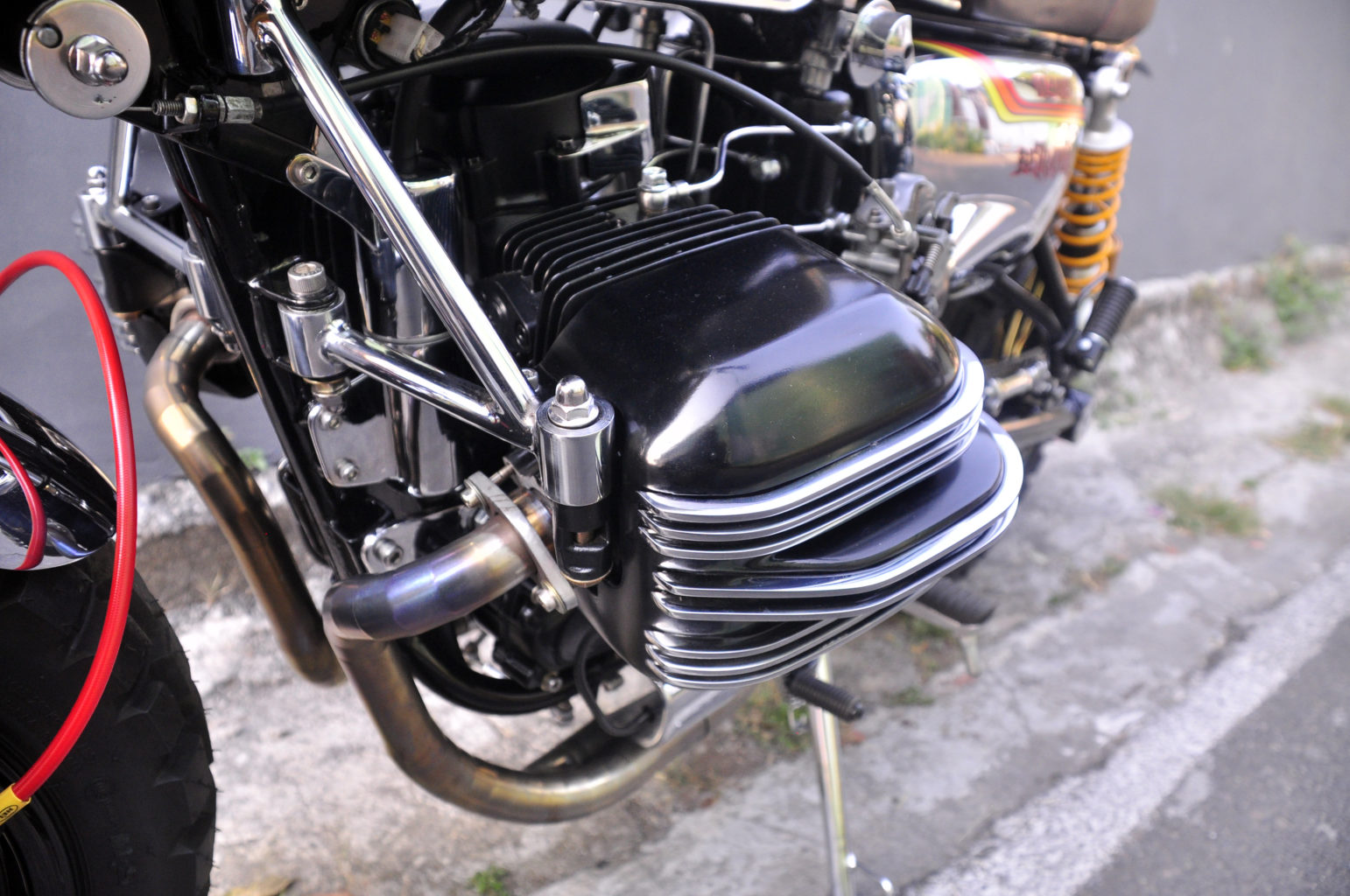 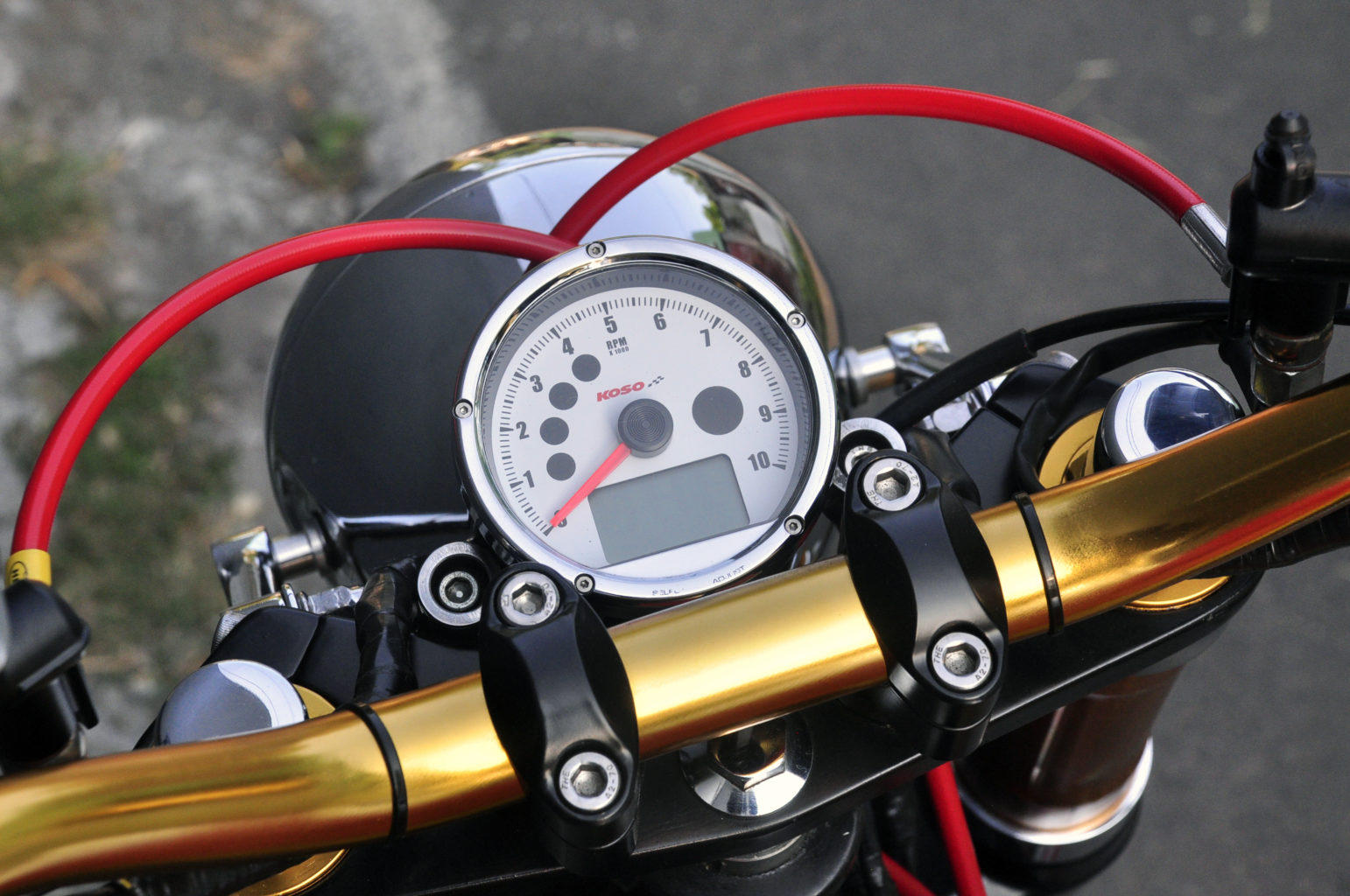 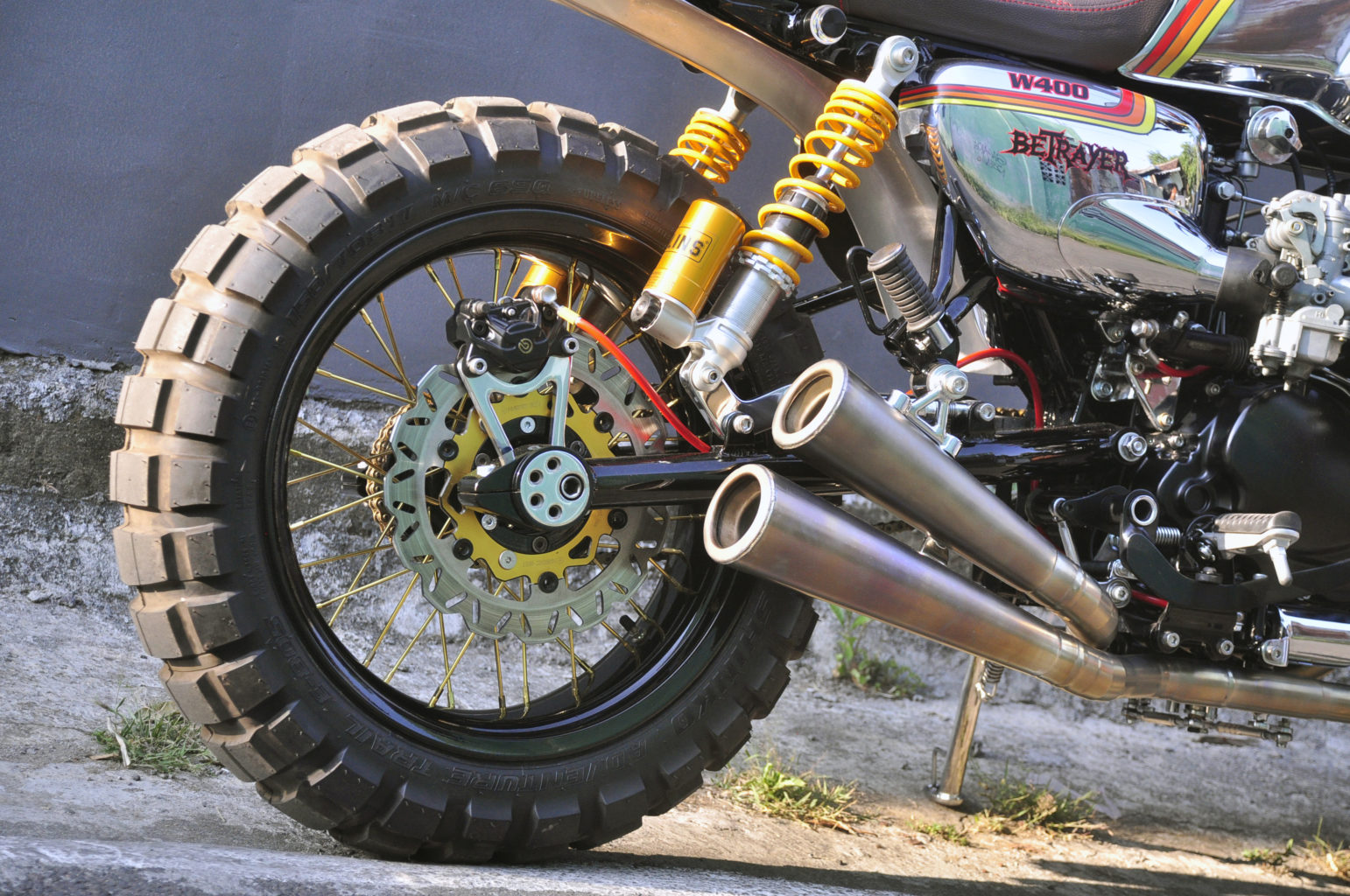 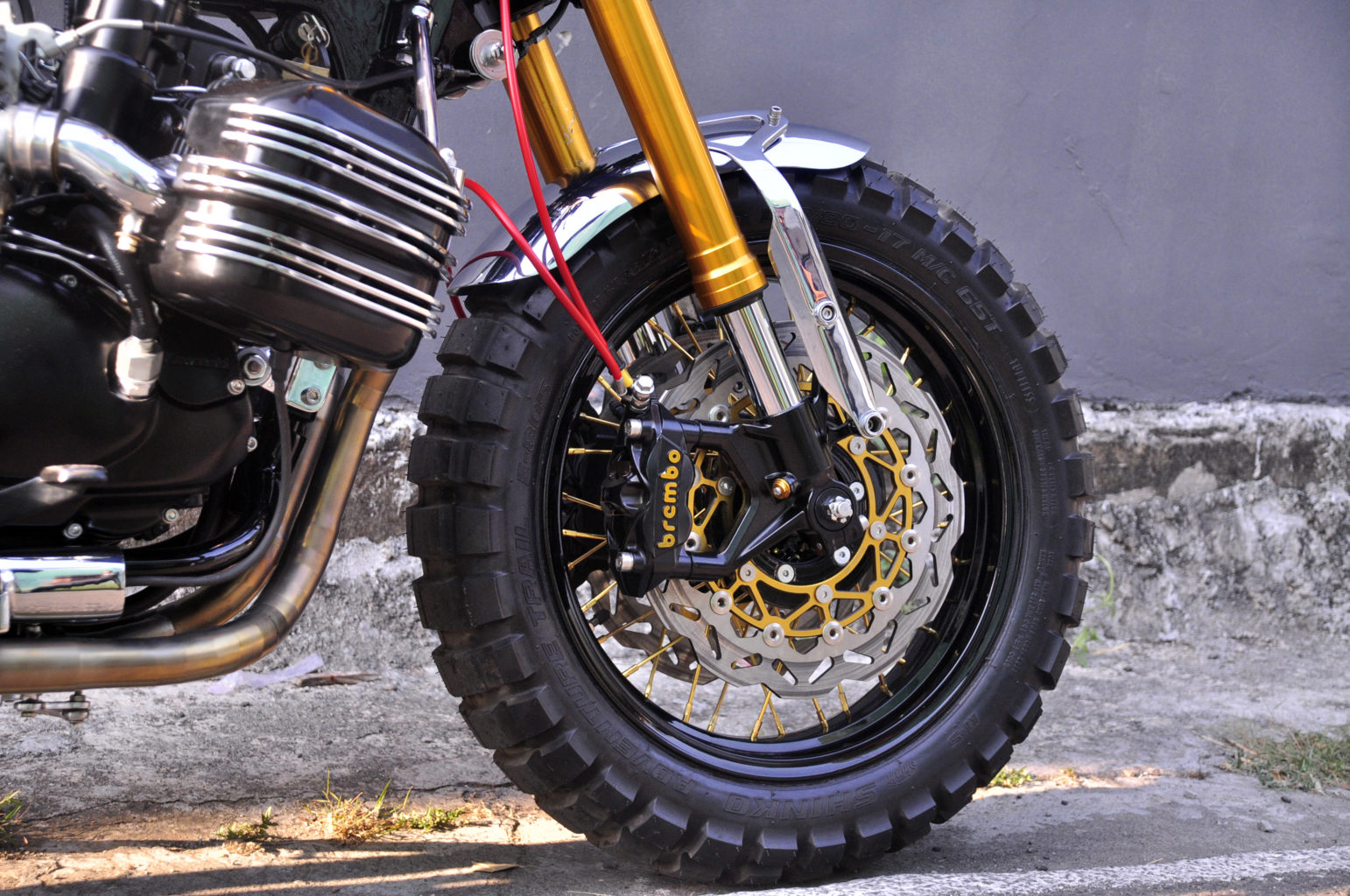