Suzuki GN400 is quite a rare donor bike. It’s been featured here once – a few months back as a project from Ventus Garage; This is the second build based on this bike. I guess that it got cancelled just after three years of production, as it couldn’t stand the competition from Yamaha singles. And it was also misplaced regarding of what it wanted to be (not a universal motorcycle, not a scrambler, but kind of a small cruiser). 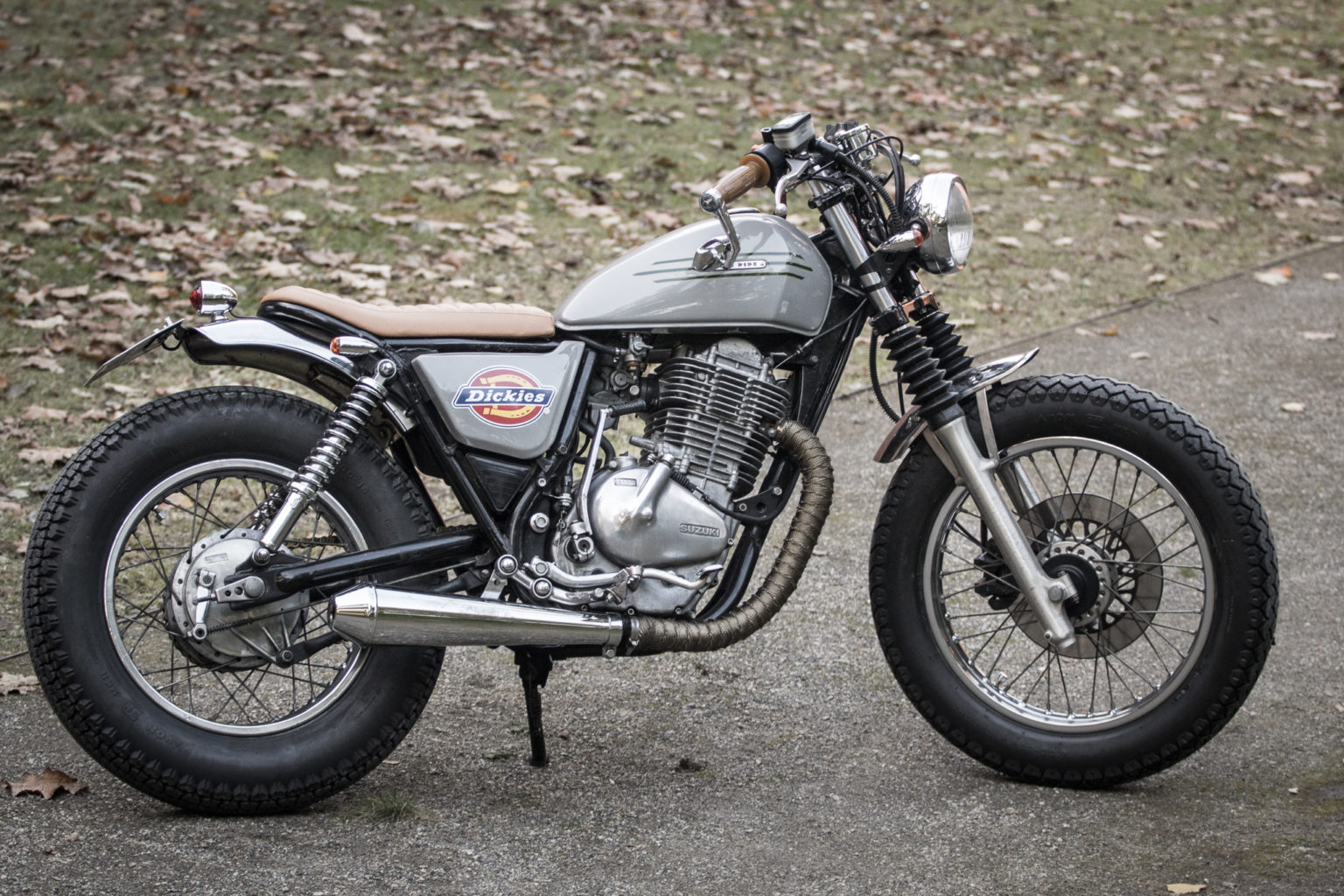 I also have no idea why it has a 6-volt electrical system since it was produced between 1980-1982. And this is a problematic thing, as You can’t buy, for example, headlight bulb on a gas station any more. The conversion to 12-volt is quite easy – but it’s not the case here.

This one is close to the original. Arek, who built this machine, wanted to have… 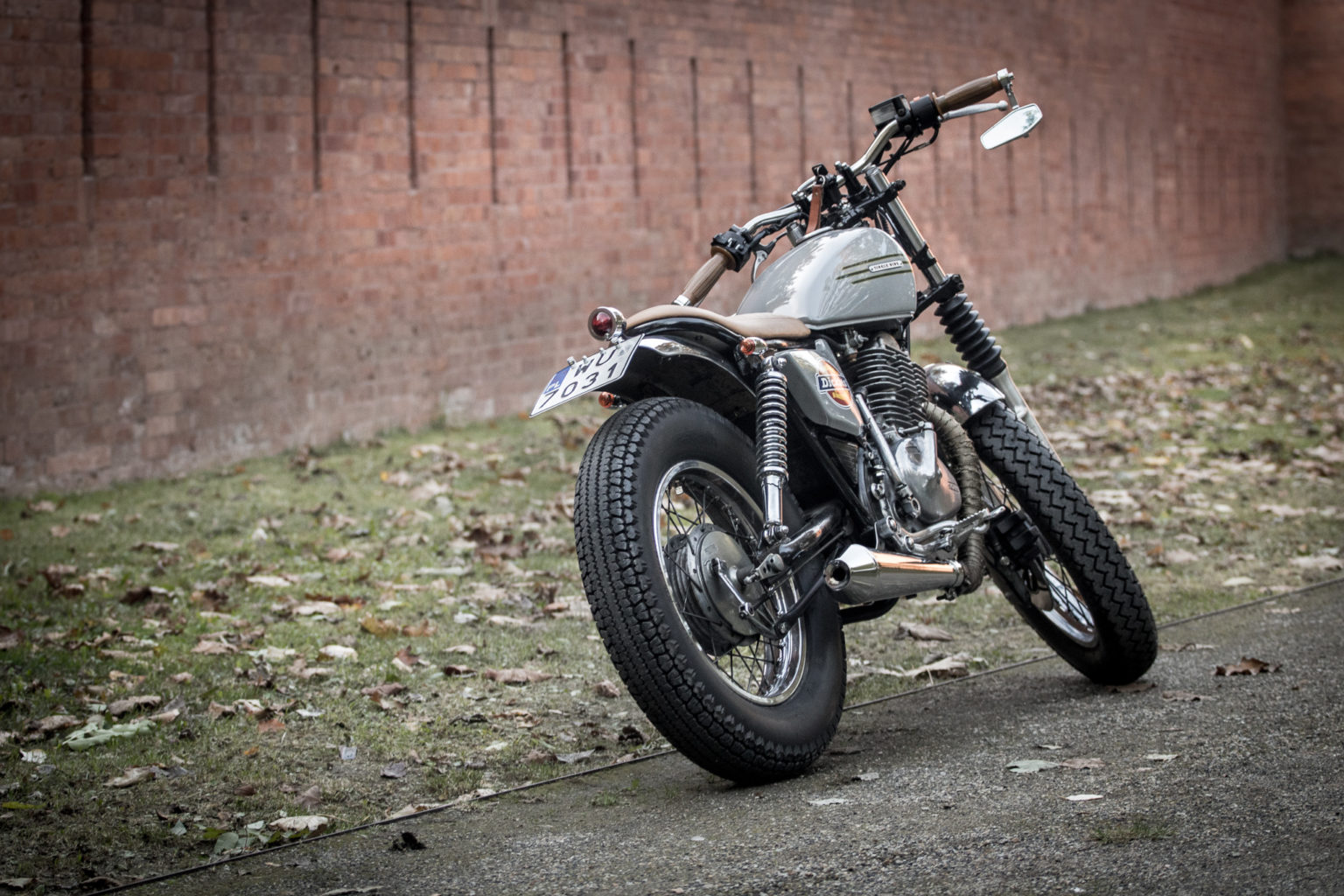 Last Saturday, while making use of warm weather in Warsaw – we met near the Citadel. Since we ride together almost every Thursday, we never had a chance to make an individual photo shoot, this was a good occasion to meet.

Arek seems to have a weak spot for the GN series, as his first ever project was based on a GN125. So he chose this rare base out of pure nostalgia. Since the stock bike was in good condition,  there was no need to rebuild the engine or rebuild the whole thing. The engine wasn’t even repainted. The natural oxidation of the aluminium gives the thing some street credit.  I love to see this exposed element in such shape after 30+ years. The frame has few spots of rust, but it wasn’t powder coated. 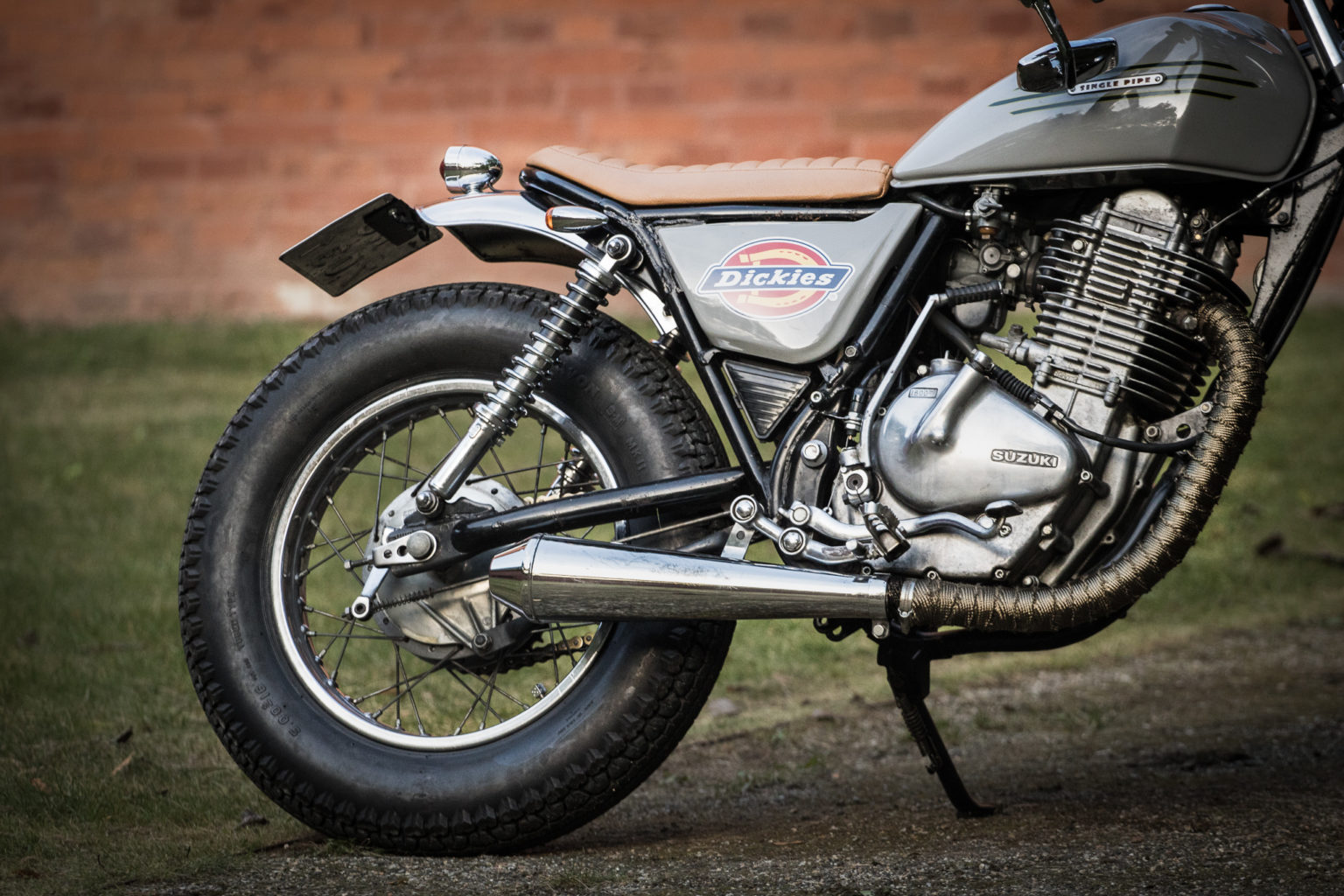 The list of changes is minimal – only what was necessary was modified, to make the build look better. There is a remodelled tail section with a new seat and a nice loop and a stock rear fender, cut and straightened. Since the original bike has the cruiser/soft chopper looking tank, it needed to be lowered at the front, to create a nice straight profile line. Together with adjusting the tank position, new, 35 mm rear shocks were installed, to lift the rear a little (about 25 mm).

The handlebars are lower; the instrument cluster is one small speedo. The mirrors mounted on the bar-ends are switched upside down, to make the profile look clean. 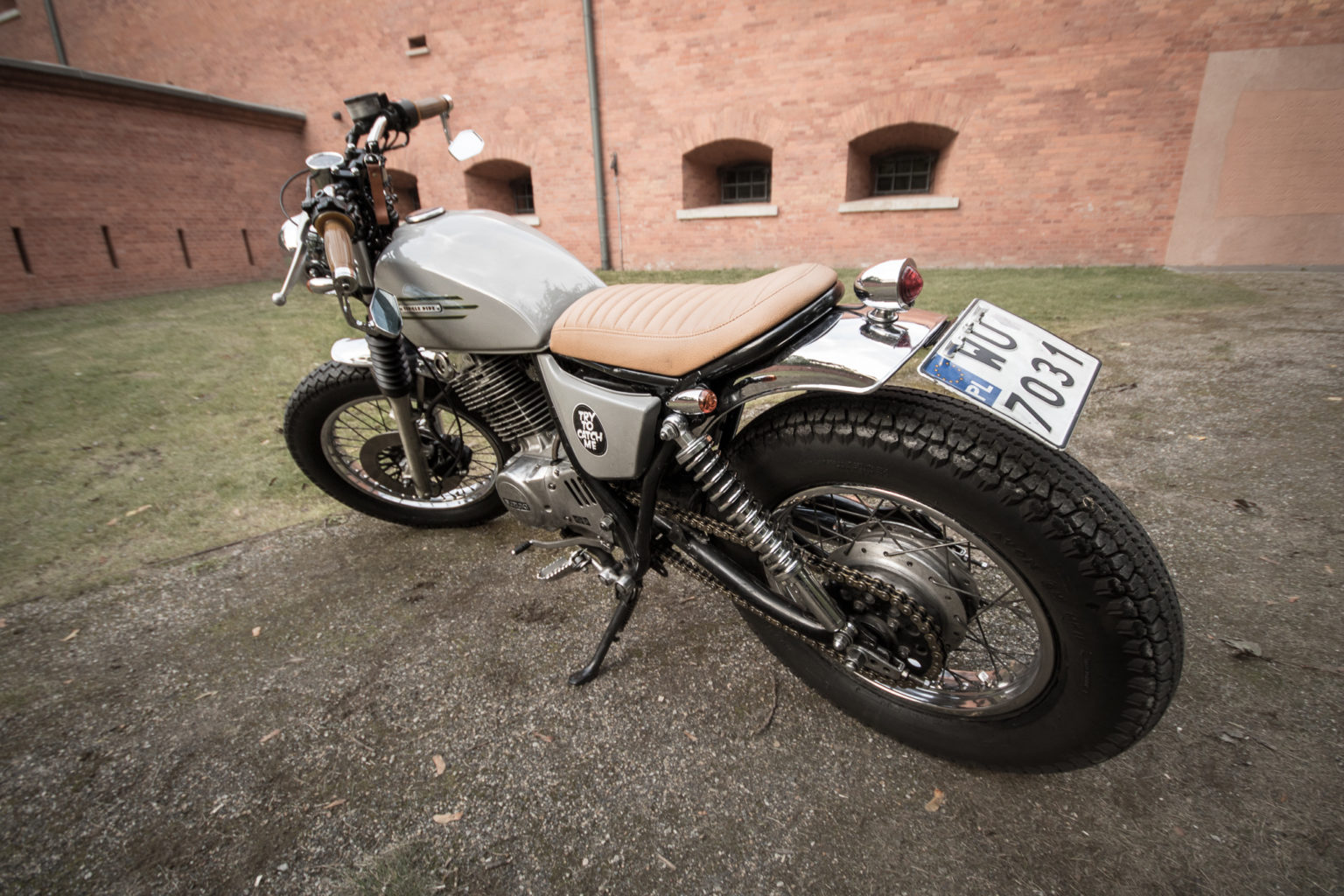 The tires are big old-fashioned balloons from Avon

The enormous profile and lifting the rear made the side stand too short. It was extended for about 10 mm, but the bike still leans quite a lot to the left side. The exhaust “single pipe” was also left original, just covered with some titanium wrap. The muffler is a classic chromed megaphone. 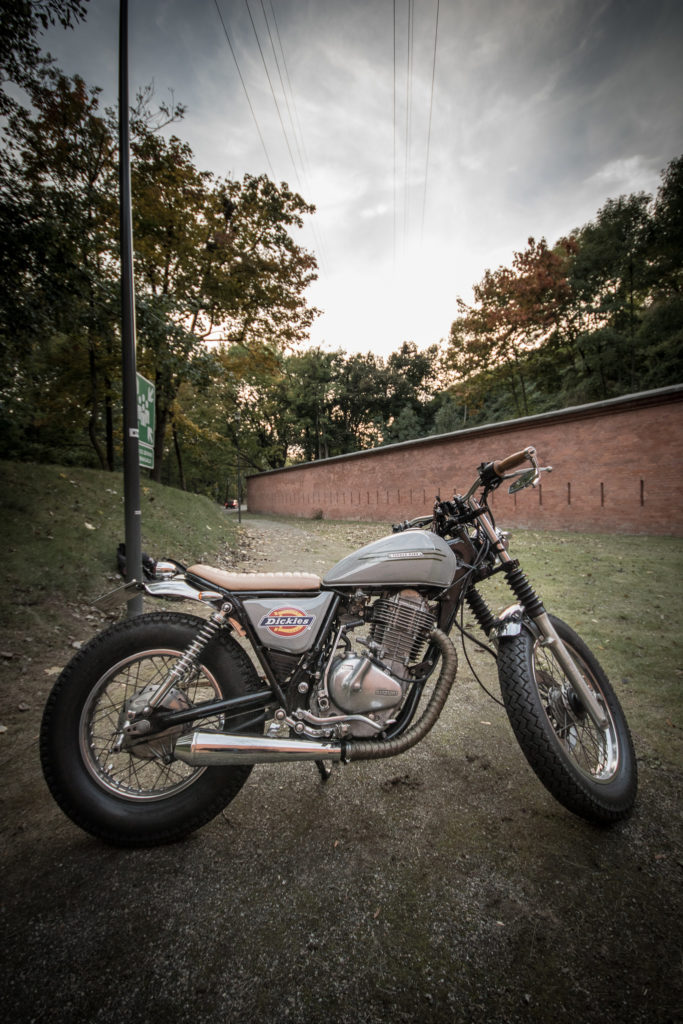 So why did I list the flaws this motorcycle has, focusing on the limited number of changes required?

Because little that’s been done – works perfectly fine. This build proves that You don’t need to fabricate tons of bodywork, spend a fortune to have scrambler that stands out. This one is perfectly proportional, unique regarding the colour choice and components. You can see that there was a vision and a reason for every change made.

Winter is coming. So go out there and start building! 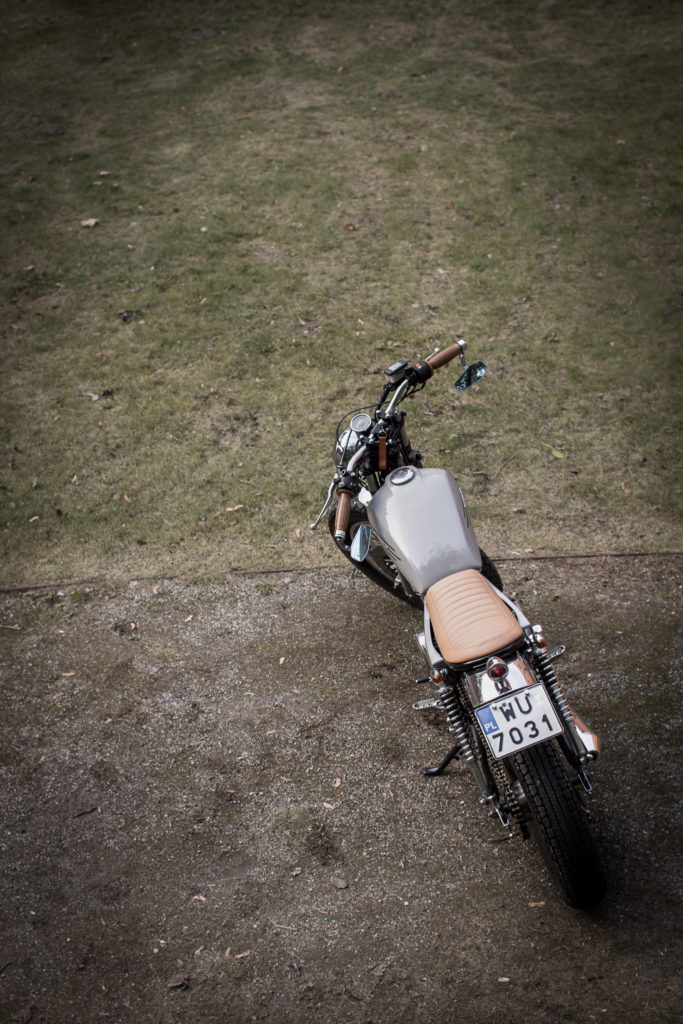 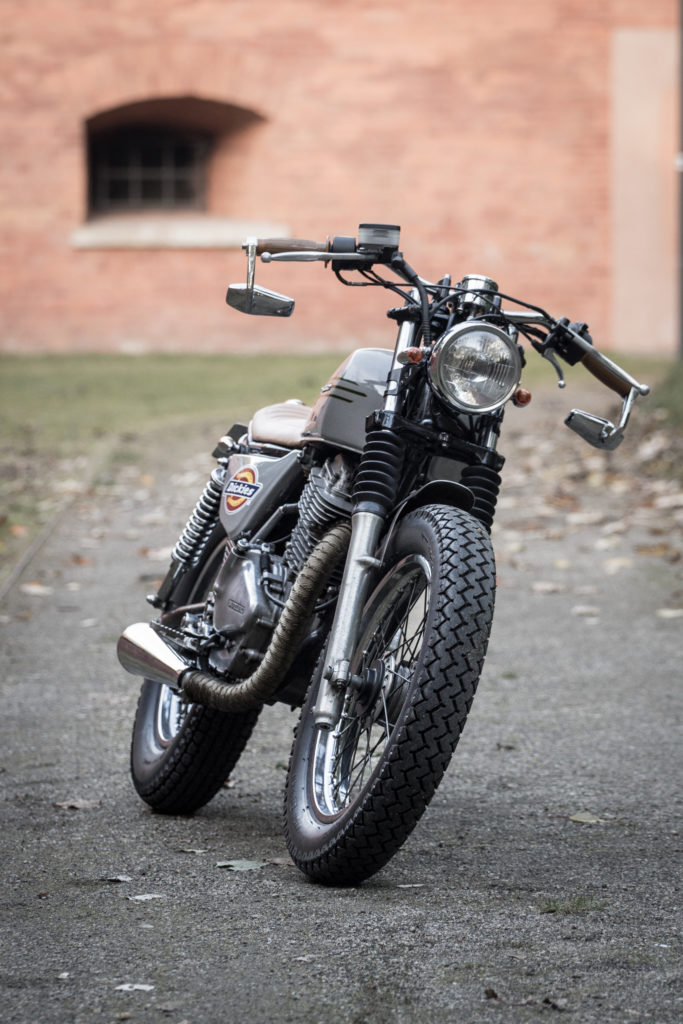 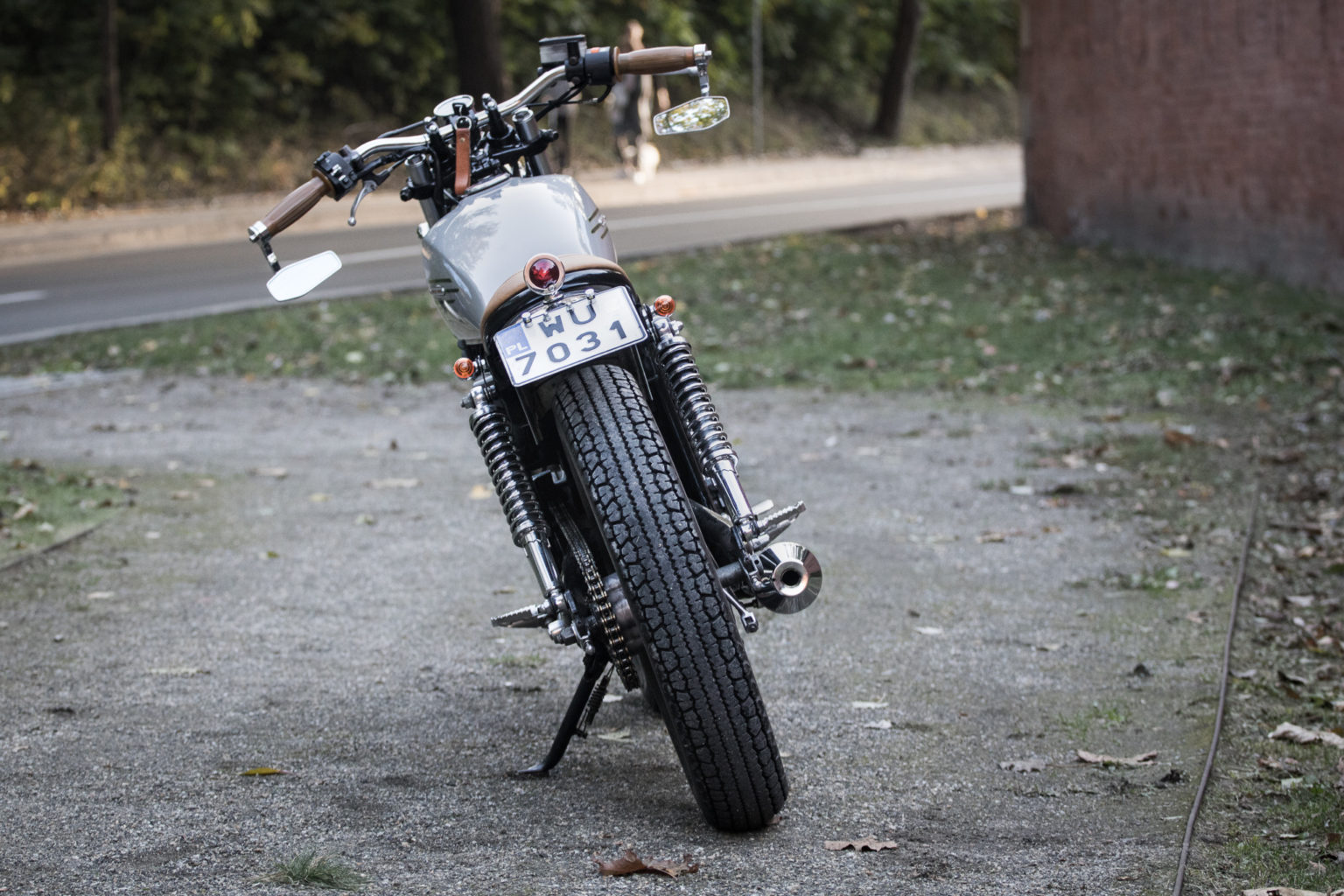 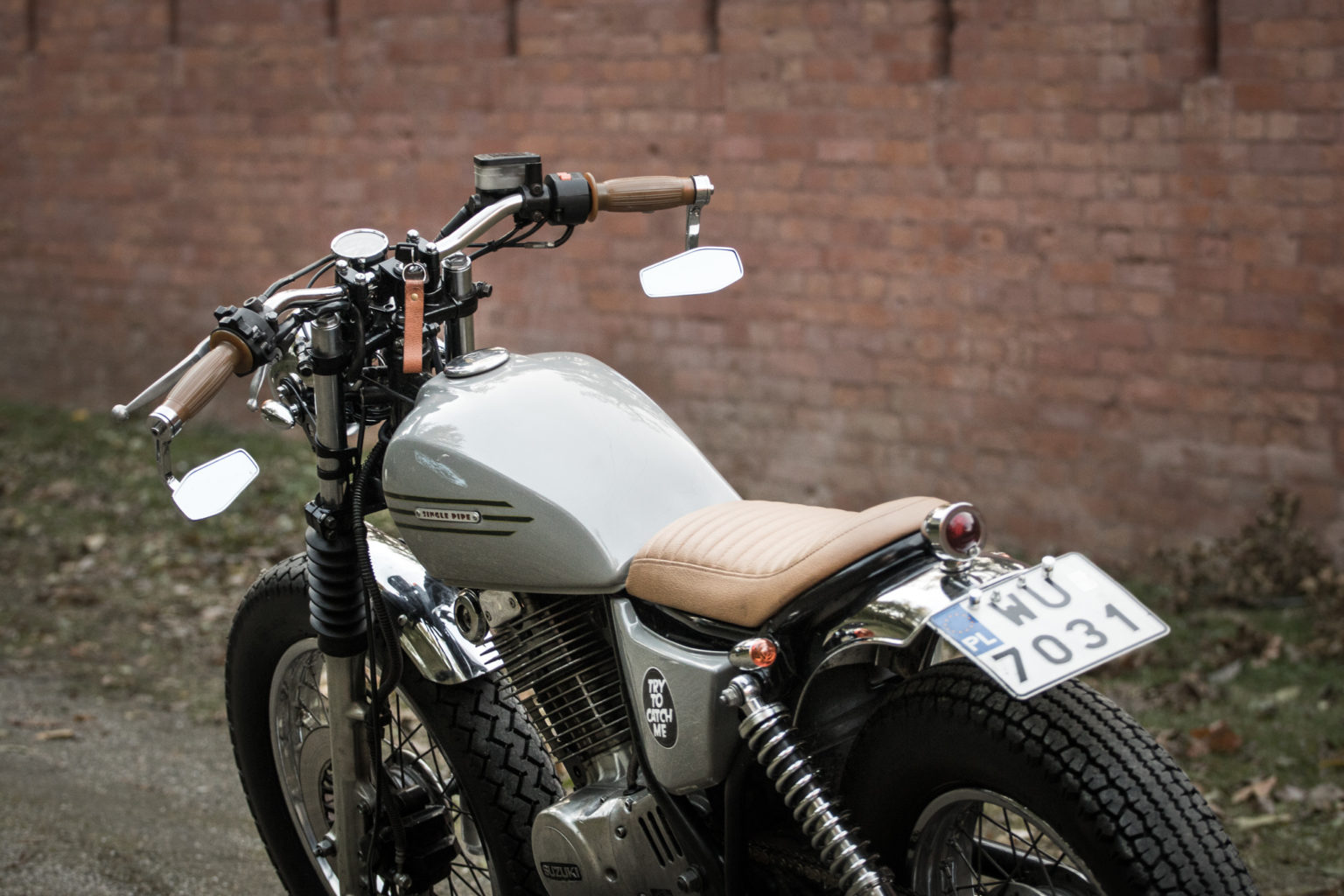 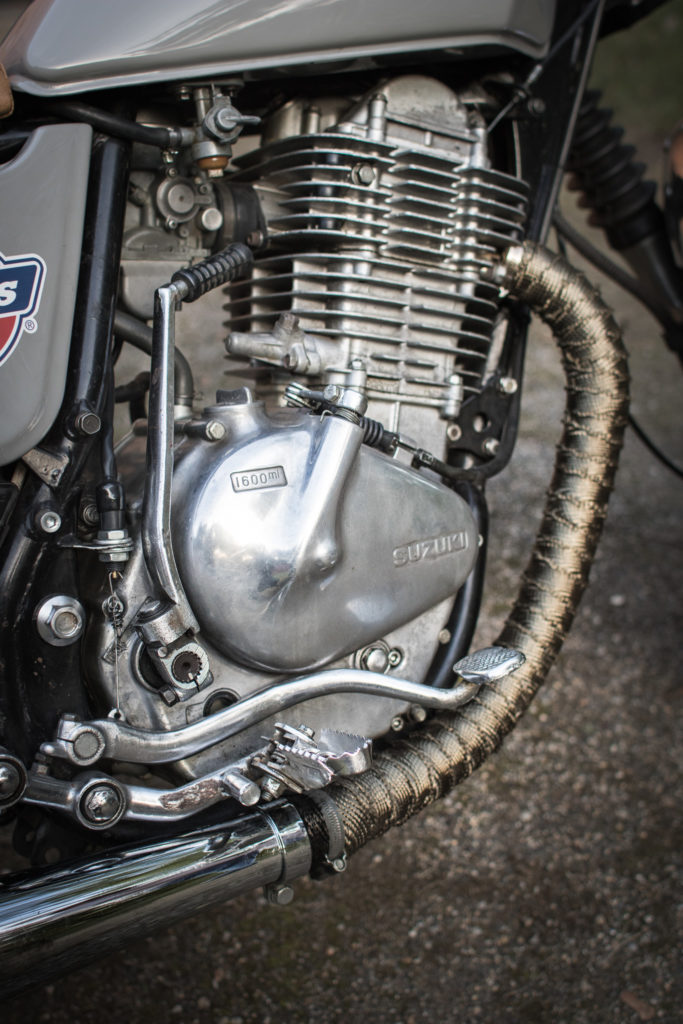 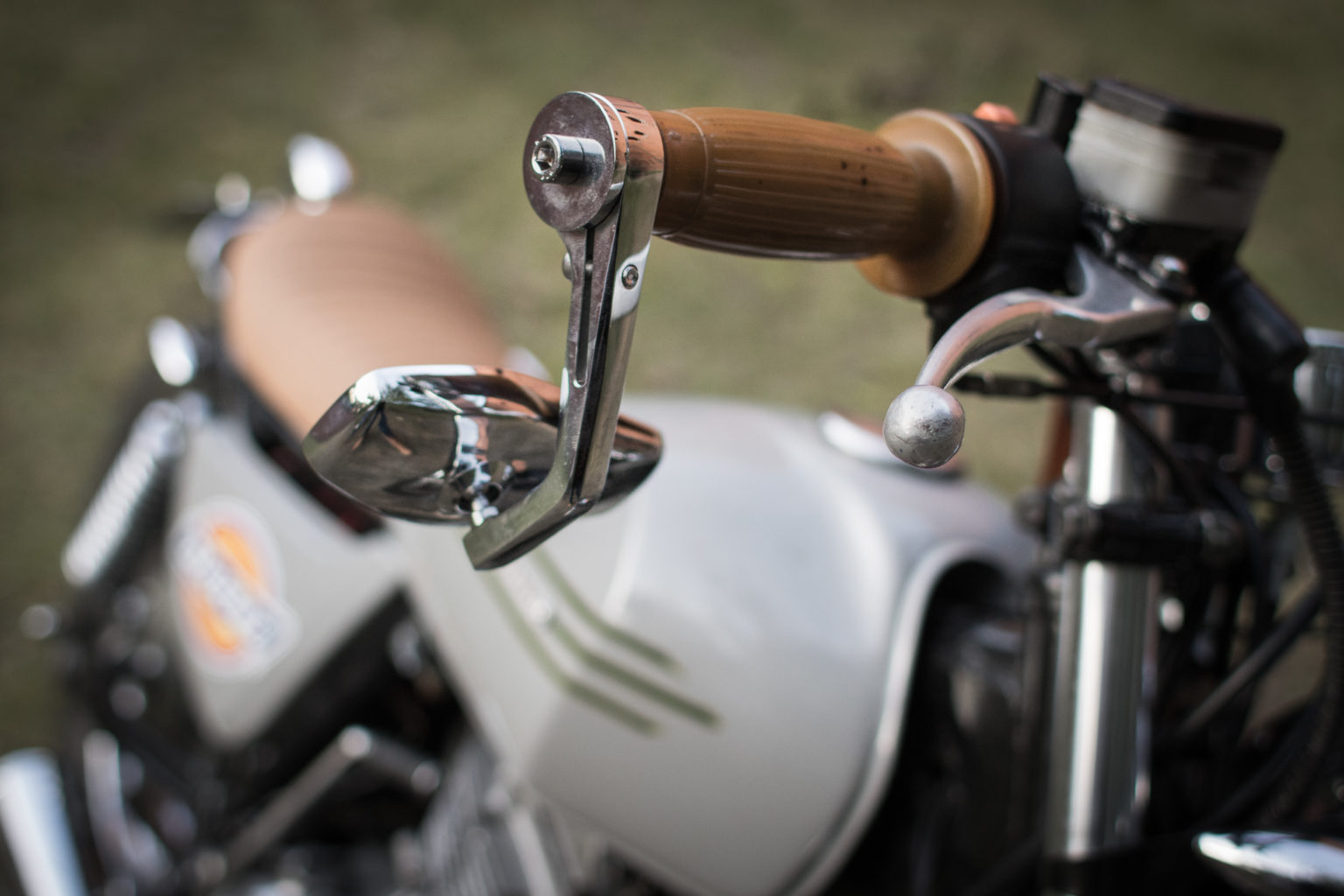 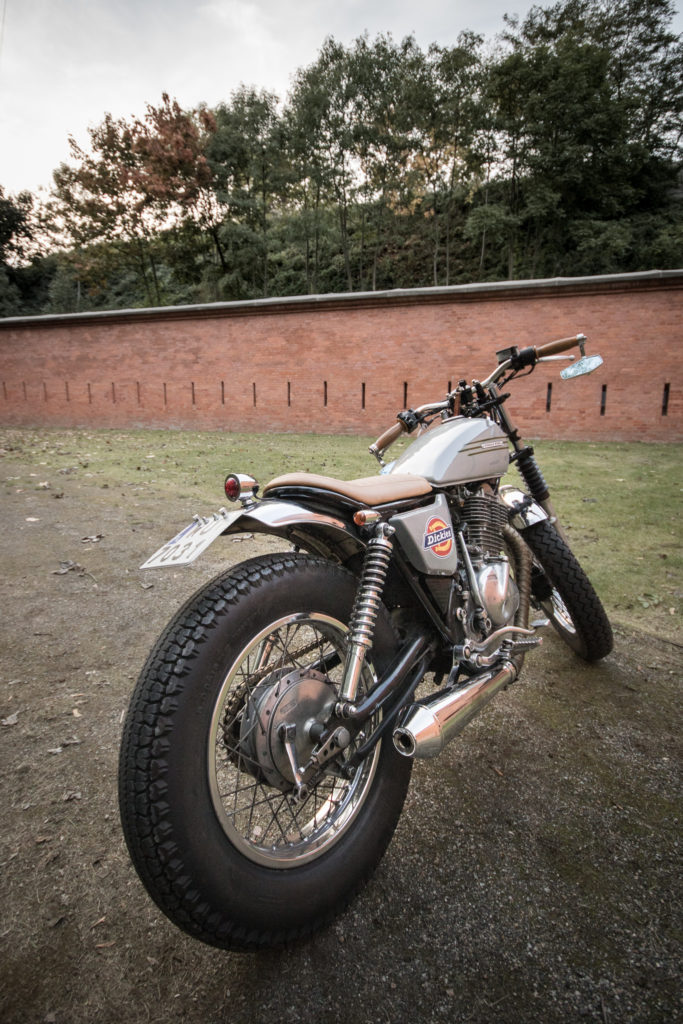 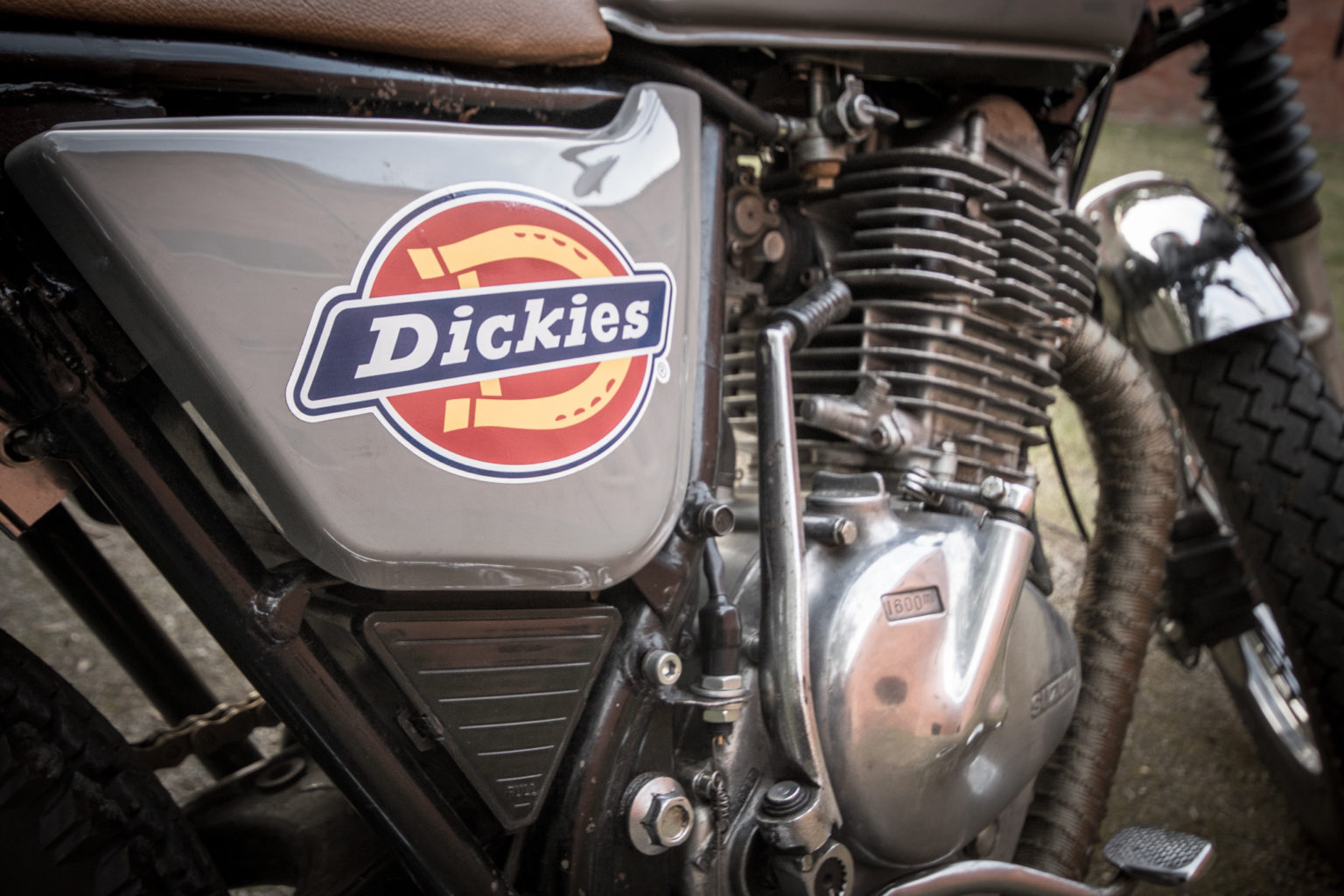 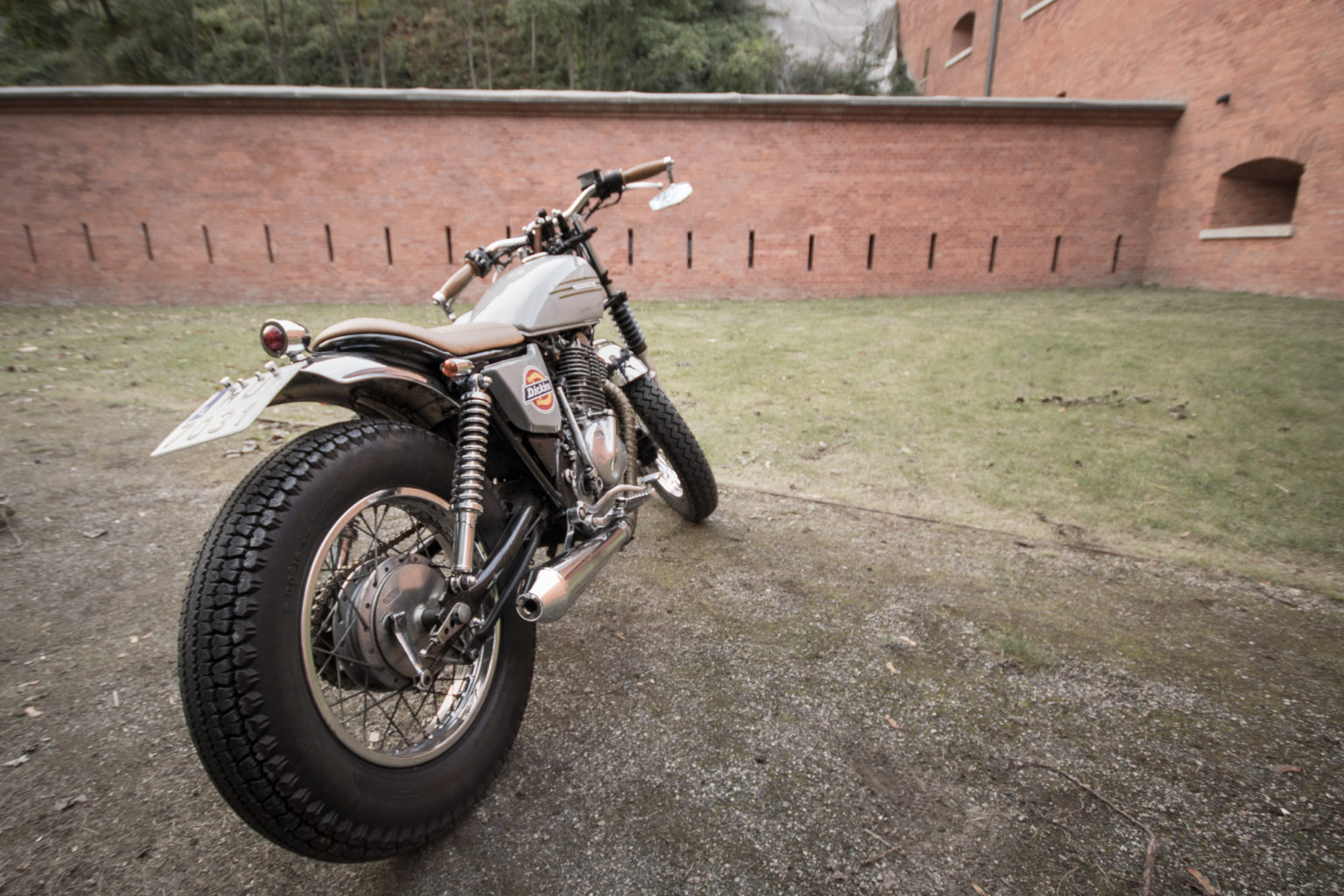 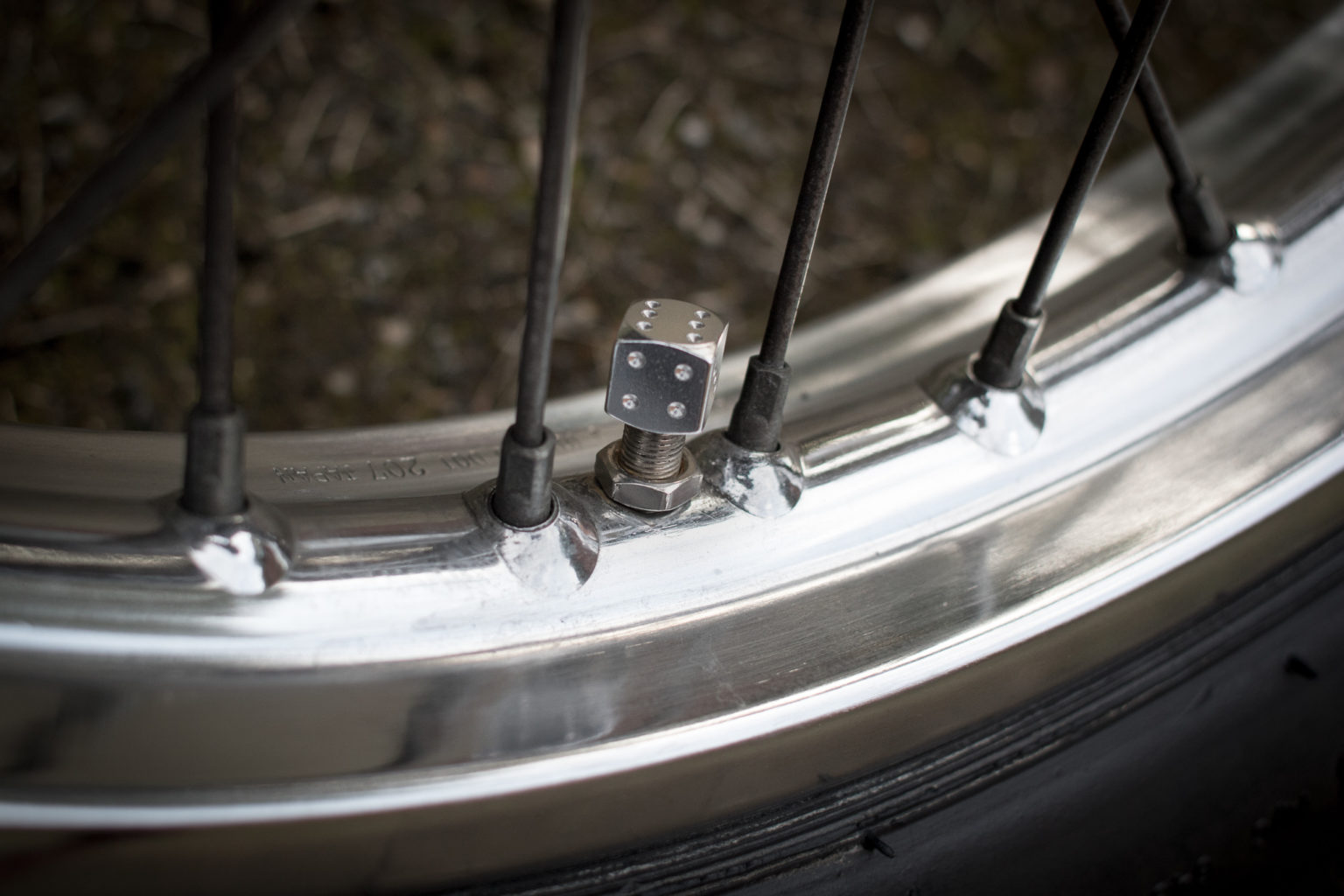 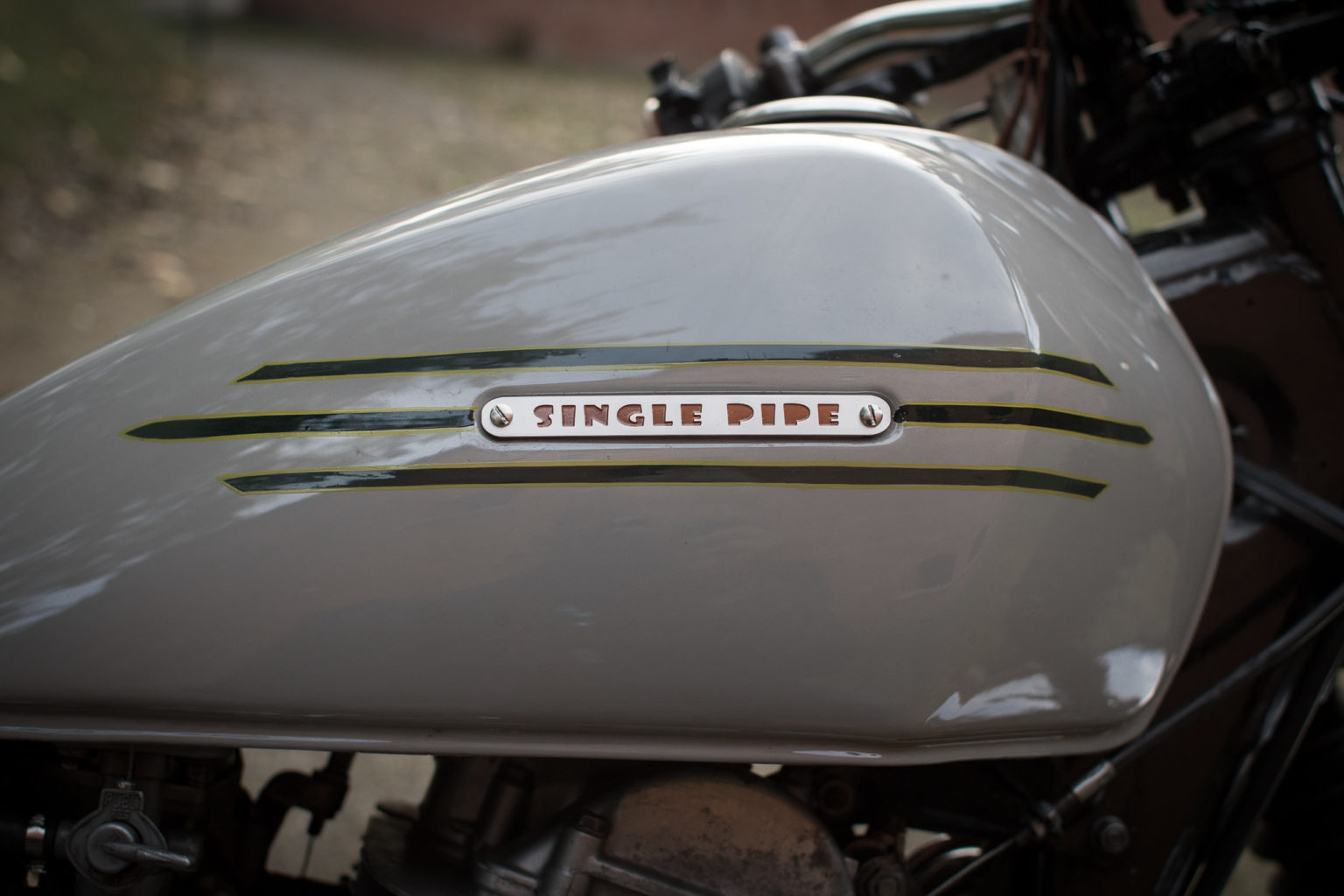 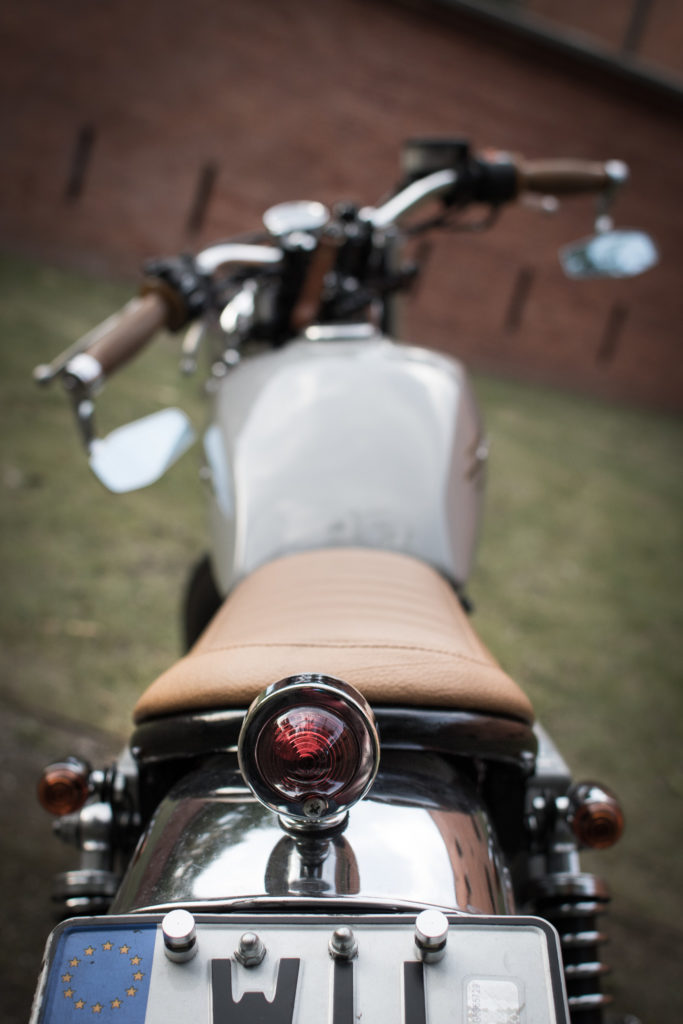