And here’s another Katana. Precisely 1982 Suzuki GSX1100 one by Macco Motors.

These builders from Spain, specialize mainly in Triumph motorcycles. But don’t avoid other brands and challenges (I strongly recommend to check their portfolio!).

This build is a nice story of saving a motorcycle that’s been neglected for 8 years by the owner. But one day decided to revive his machine. And the result is really stunning. The base is pretty rare nowadays. I admit – I have a weakness for Katanas as I’m almost finished with my build, but objectively You cannot deny that it’s an extraordinary machine and design. What more – it was only released for couple of years in the 80’s (2-3, depending on a region, afterwards – came a Pop-up version of Katana). And currently it earned it’s renaissance.

They skipped using the original Katana front fairing – so it looks more “classical”.

Which I think is a brave move, as most of the builders tend to keep this unique looks. But the tank is still a very characteristic piece. You know immediately that this is not a regular GS.

The suspension was upgraded (USD GSXR 750 front suspension – from 92-95 model is a common choice due to it’s length and ease of swap, rear wheel from small Bandit with standard 150 wide tire + Ohlins twin shocks). That’s pretty much it. Engine is stock, carbs are stock (+KN pod filters), swing-arm is original.

And the paint-job is nothing complicated and flashy. And… it lives up to it’s name: Looks retro, looks raw and it definately is made out of iron 🙂 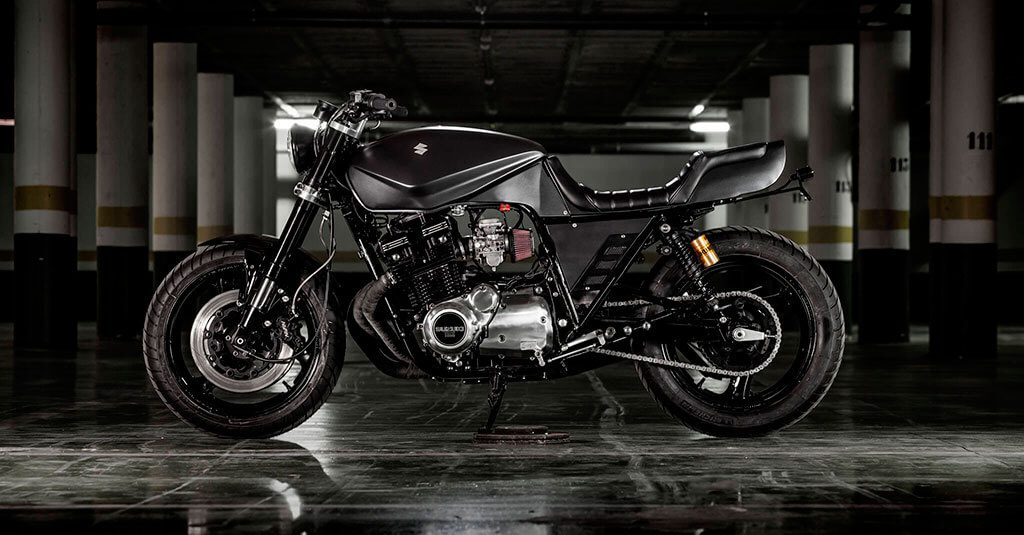 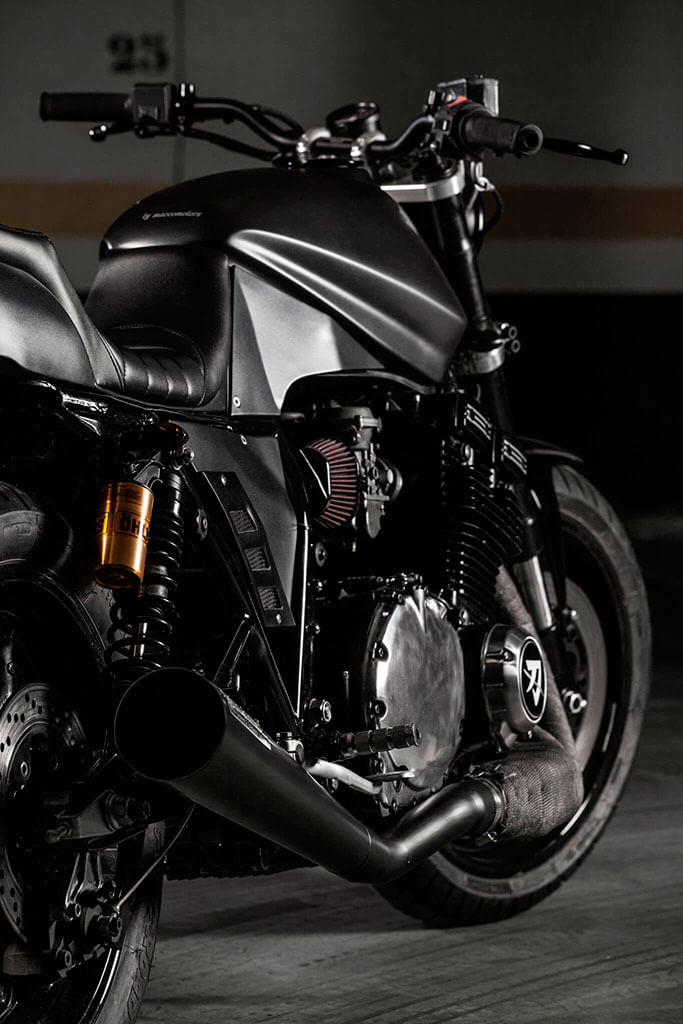 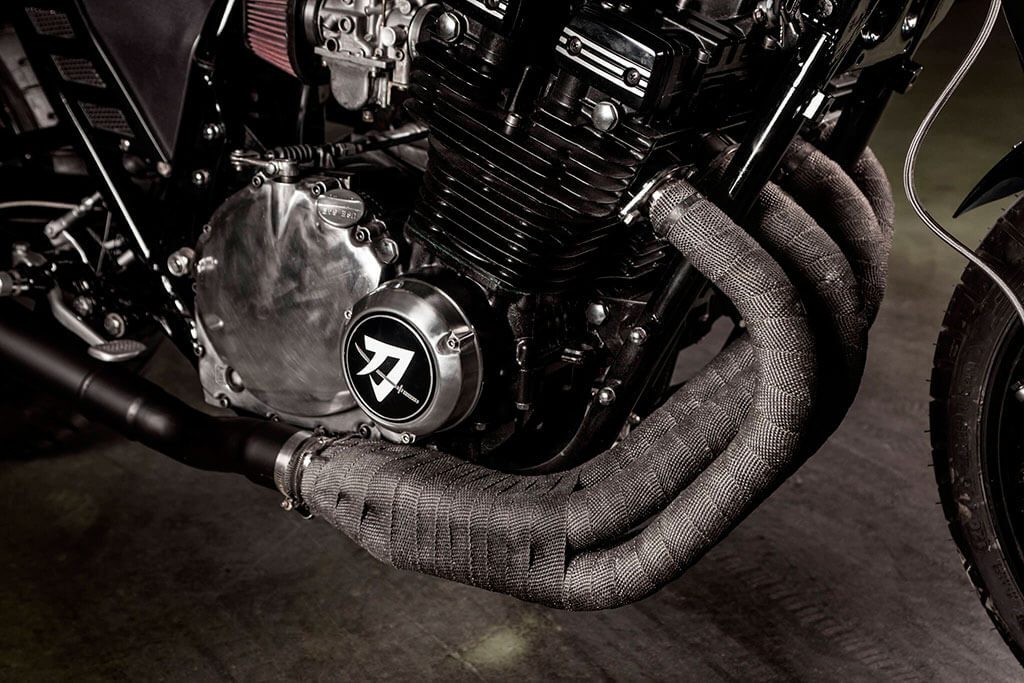 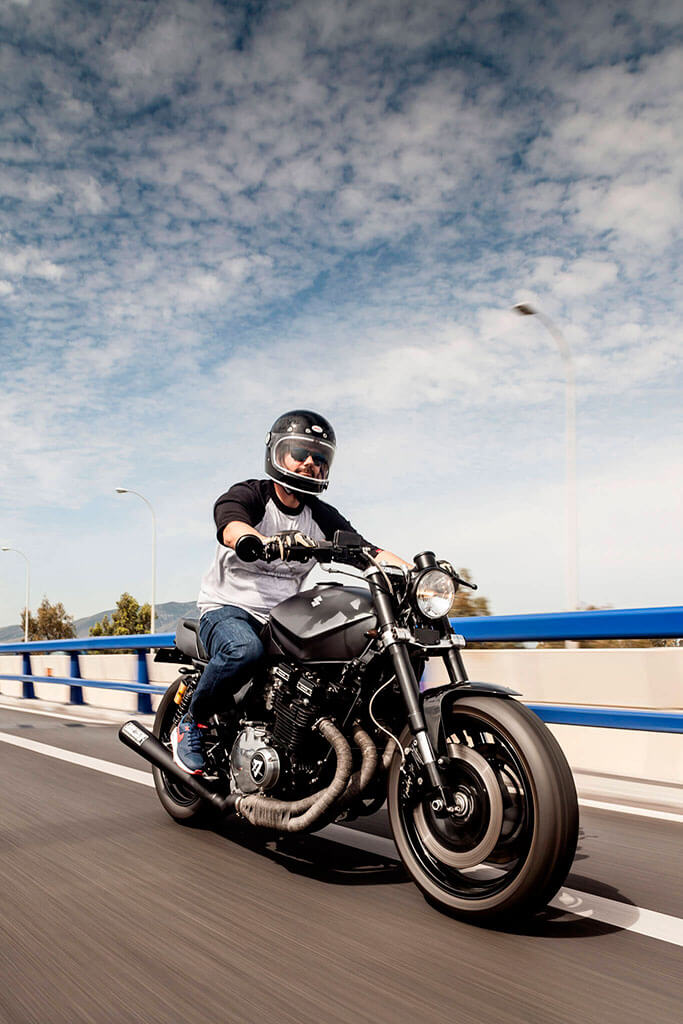 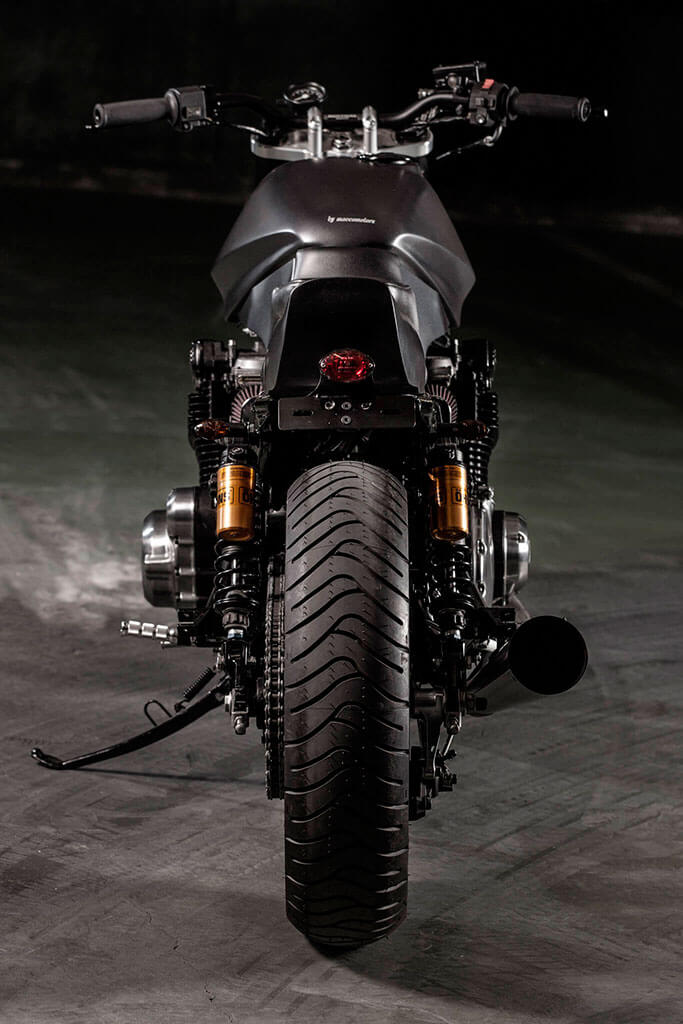 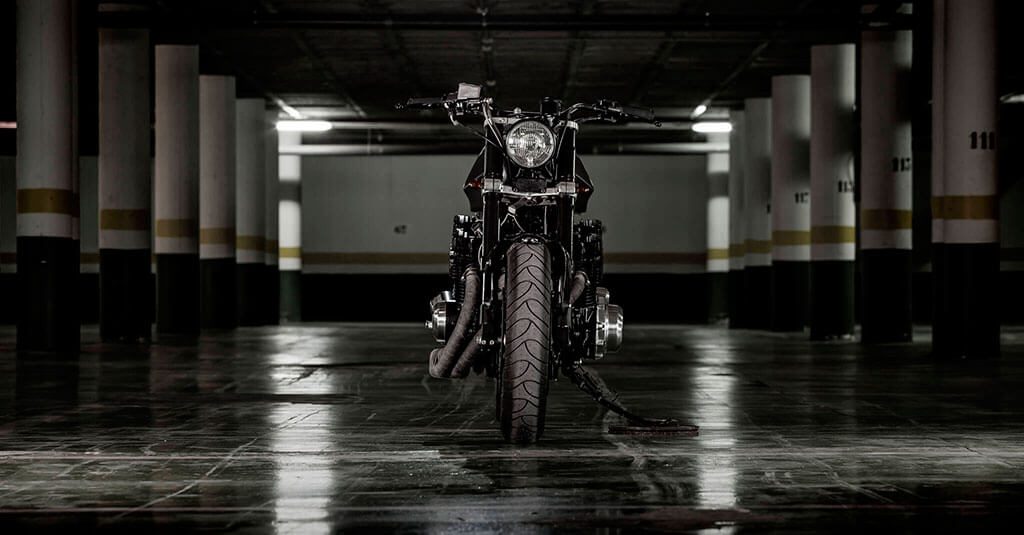 Source: Macco No16 by Macco Motors