This bike choice is a surprise even for me. It’s not what You would call a common base for a custom. But as I tend to get more and more friends and co-riders riding in the mud or dirt… it feels natural, to mention this segment of the custom scene…

I was honestly surprised by the potential the Suzuki DR650 has. On the one hand – stock version is a 100% offroader and dirt bike. There is no room for design there – all function and purpose. So You wouldn’t call it good looking. Like… never… But with not so much effort – You can have a classy and stylish Scrambler or daily commuter (Supermoto?), depending on Your tire choice. How cool is that? 3 in one 🙂

Here are my top 5 of builds out there.

Pure and simple. No plastics, cafe racer shaped seat, XS500 tank (it can’t get more classic vibe than this)… Spoked wheels with All terrain tires, make this thing super universal and good looking. A proof that You can have it done entirely on a budget. 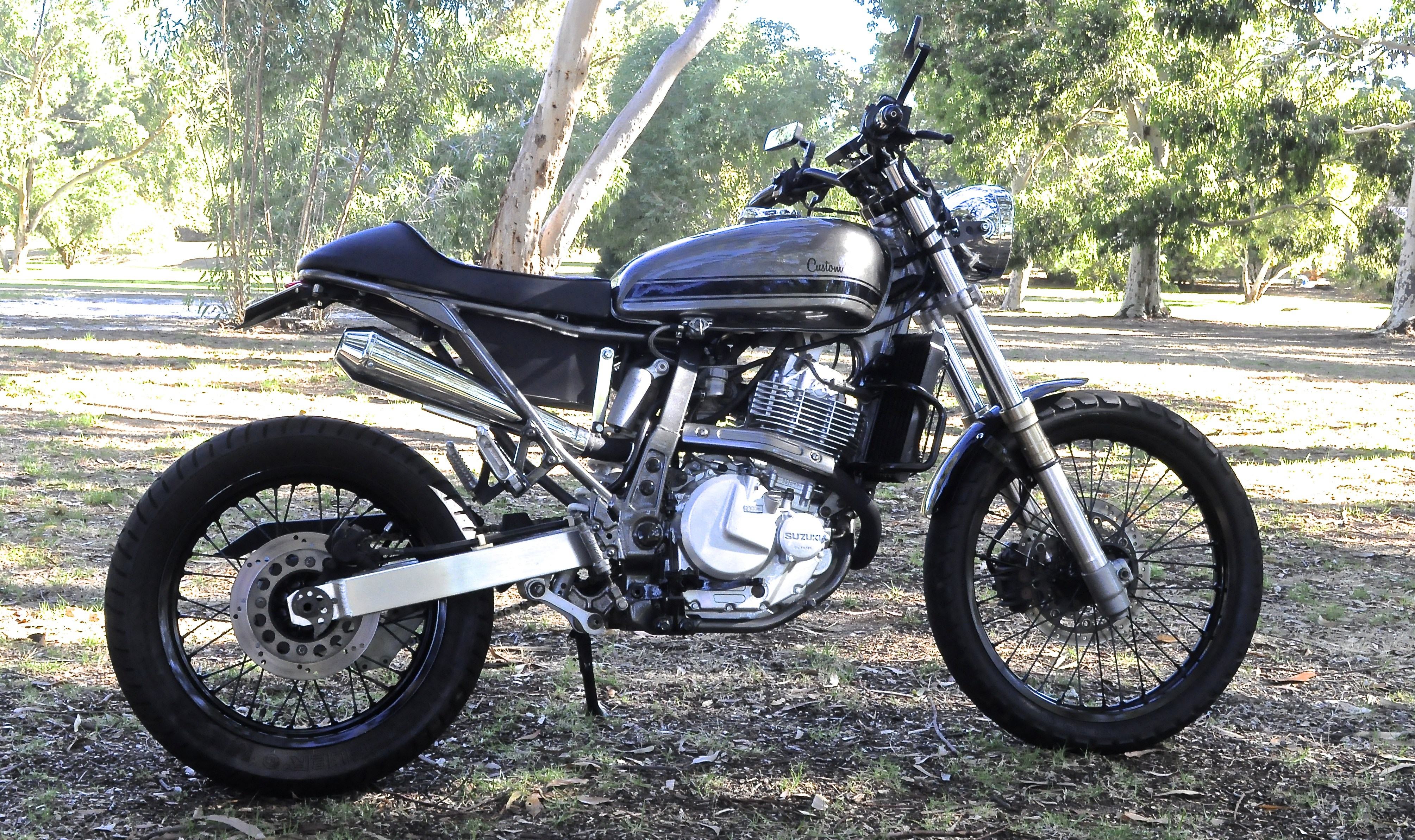 A more cafe racer-ish approach. I don’t know if it does make sense, to take a DR650 and build a cafe racer out of it. To lower the suspension, and install the clip-ons on a slightly sticking out frame head… to go all the effort to turn an offroader into a street racer… but it seems that it has worked flawlessly for Le French Atelier. There is hardly any sign of an original segment of the bike. And the single cylinder engine makes it look suitably raw and aggressive. 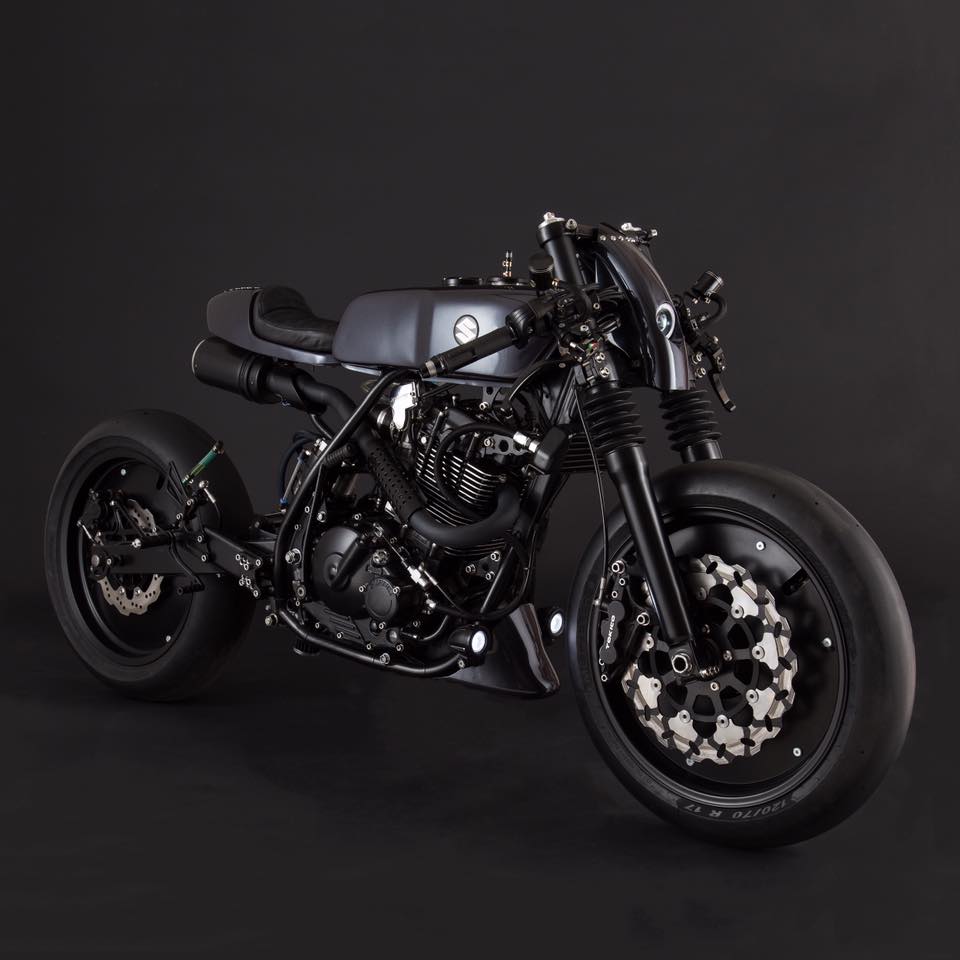 I remember stumbling upon this Suzuki when browsing. At first sight – it was “Just another dirt racer/enduro”… But it grew on me. There is something different from the stock version… Not much when You think about it, just a subtle body panel changes and an improved seat… but still makes it look much much better… And what’s most important – it’s nothing like all the other customs. And then it hits You: “It’s Deus Ex Machina… what else…”. I find it worth mentioning on the list – as it’s a different approach to customising this particular Suzuki model. 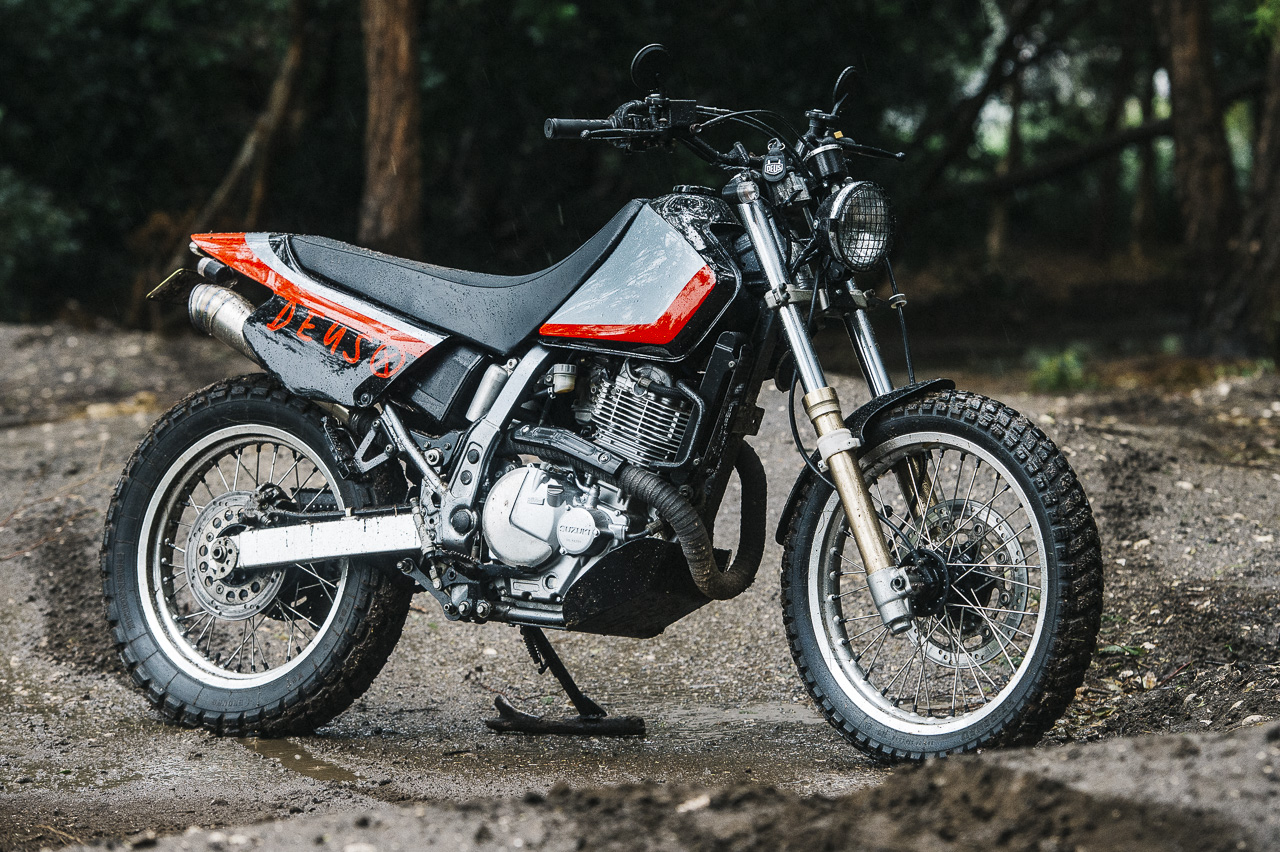 Number two. The most classic looking and capable offroader. I like the mix of terrain tires with this bling/chrome appeal. The tank choice is also quite interesting – a perfect size to balance the frame and the seat. 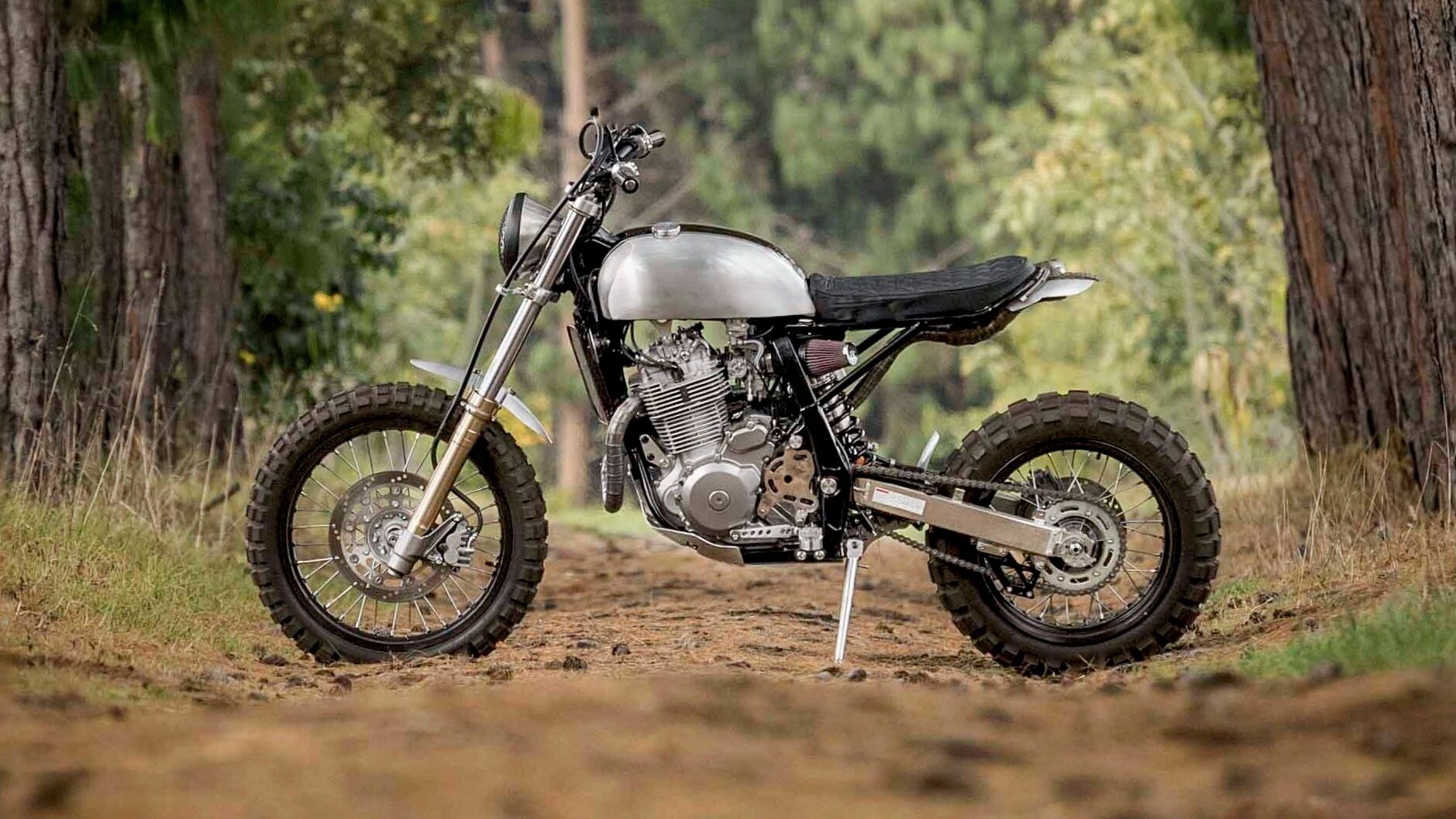 A similar concept as in point 4. But with the significant difference between being more “candy”. As no 4 is more brutal, filled wheels, black/metal terror… this one is more sophisticated and lightweight. I have one remark though… Supertrapp exhaust shouldn’t be placed near the frame or the seat, as the exhaust gases spread in all directions sideways (rather than to the rear) it will make the rider smell with gasoline 🙂

But for the style – 10 points. No question about it. 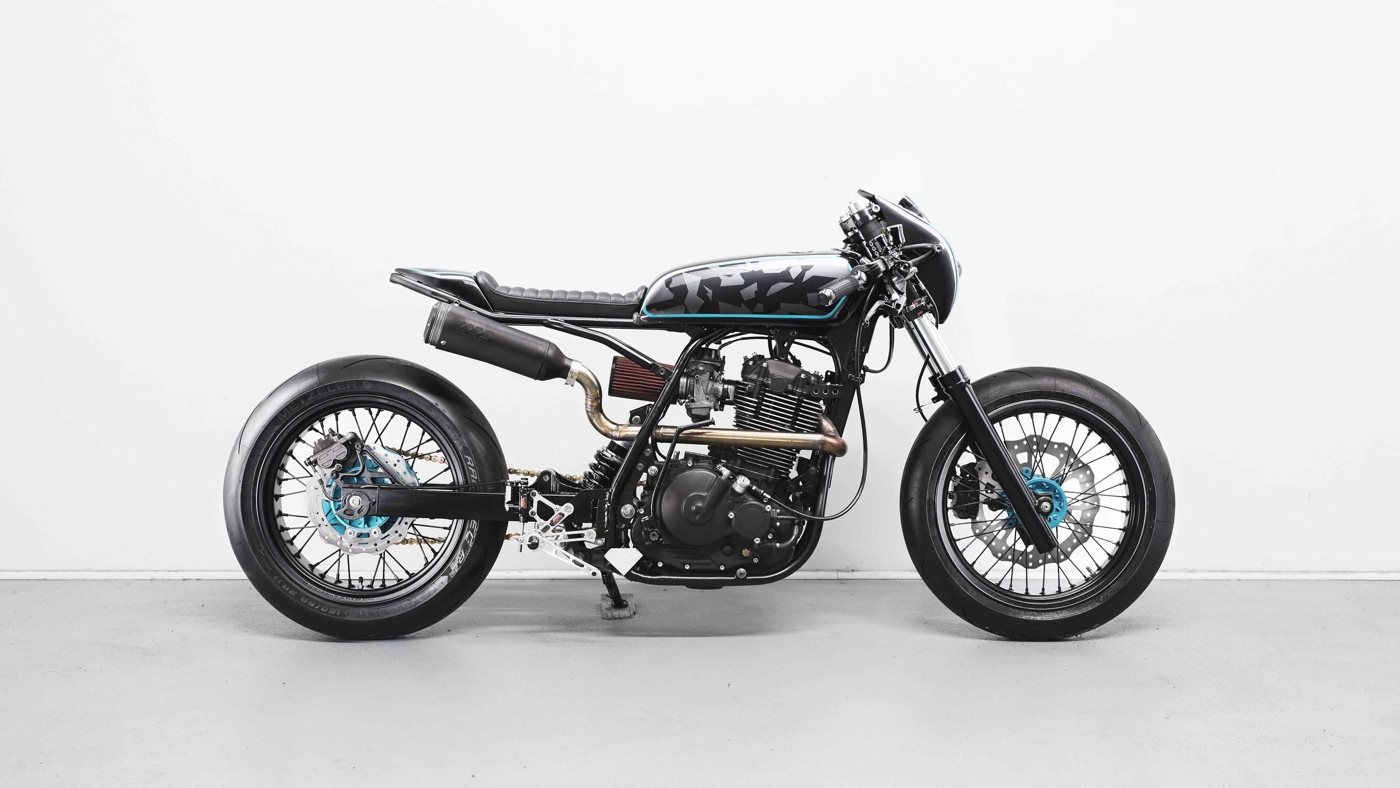